What drones can do in UK cities

What drones can do in UK cities

Cities have identified many potential benefits - and risks 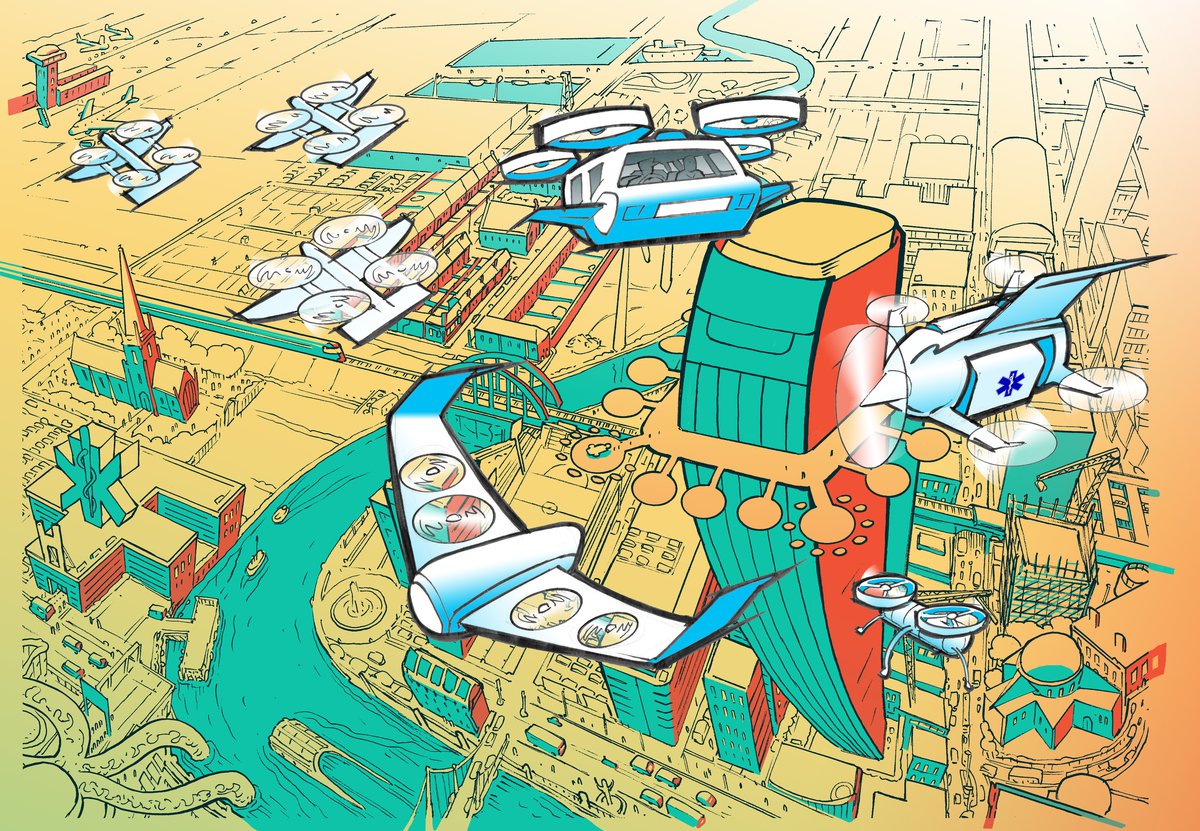 Drones can carry out useful tasks in cities. They can serve as eyes in the sky to look at things and report back to people on the ground, telling us quickly if a bridge is crumbling, a fire is spreading or a person needs help. They can supplement our transport systems by moving things around or getting someone somewhere quickly. Drones can also be robots on wings, performing tasks like repairing that crumbling bridge or putting out that fire.

Our work with five cities in the UK to evaluate these opportunities comes at the intersection of several major urban trends. First, in the UK and in other places, cities are taking on more leadership and responsibility than ever since the rise of the nation state. Second, cities have access to an array of technologies that help them make smarter decisions and serve the public more efficiently.

But cities are pragmatic. Every day, they are faced with making choices about how to spend (limited) money, how to best serve citizens’ needs and how to solve mundane but important problems while making plans for the future.

The Flying High project reflects these trends. Cities are excited about the possibilities that drones can bring. But cities are wary of tech-led buzz that can gloss over concerns of privacy and safety and nuisance. Cities want to seize the opportunity presented by drones but do it in a way that responds to what their citizens need and want.

The Flying High partner cities saw many of the same benefits

The benefits outlined through the engagement with the five Flying High partner cities can be grouped into the following four high-level categories:

As the technology, regulation and use of drones evolves it is possible that further benefits will be realised as new and previously unforeseen drone-based products and services are created.

Safety, privacy and security are among the crucial things we must get right

The Flying High partner cities raised similar concerns with regards to the use of drones in their region; these included:

The Flying High project represents an opportunity for drone developers, operators, regulators, cities and their representatives to address these concerns early on and design drone systems that are in line with city priorities and principles.

Cities are excited about the possibilities that drones can bring. But cities are wary of tech-led buzz that can gloss over concerns of privacy and safety and nuisance.

What tasks could drones carry out?

A range of drone use cases have been identified by city stakeholders as having the potential to bring these benefits to UK cities in the next 20 years. These are grouped below according to the main functionality of the drones.

Grouping drone use cases into categories based on their functionality can be a helpful way to consider the common technical and infrastructure requirements needed to enable their effective operation in an urban setting.

In reality, it is most likely that drones will carry out multiple and diverse tasks as part of an end-to-end service. In the engagement with city stakeholders, an emerging expectation was that drones would be used across multiple services, they will likely be modular, and could perform a range of complementary tasks.

For example, emergency drones will likely be used across the emergency services, and will support a range of capabilities including monitoring, inspection, sharing important and timely data, delivery of critical equipment and even transport of people in need of immediate attention. Another emerging feature was that drone operations will likely become increasingly proactive and focus on prediction and prevention, not just rapid response. Using drones to identify and prioritise maintenance operations in a city or to build better models of how people and vehicles move in a city can support the development of more proactive, effective and transparent public services in urban settings.

Previous section: The opportunity for the UK Next section: Shaping drone use in London