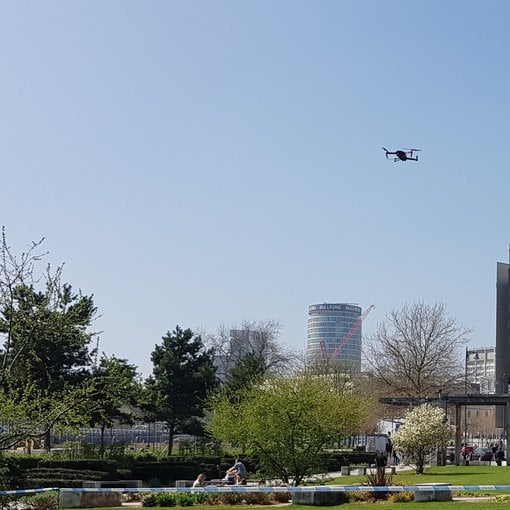 The Flying High Challenge, run by Nesta's Challenge Prize Centre, is bringing together a range of stakeholders in five UK city-regions to identify if and how drones might operate in cities to meet local goals. But what does the public think about this fast-developing technology?

One fundamental requirement if drones and drone services are to operate in urban areas is support from the general public. But what do we currently understand about the public perception of drones and their potential uses? As it turns out, a few different organisations have done research into this question. Below we’ve highlighted some of the key recurring themes from the most recent studies we could find, which include:

The drone industry has expanded rapidly in recent years, with currently over 4,000 commercial drone operators in the UK alone, and growing adoption in construction, infrastructure inspection and agriculture. However, studies have found awareness of drones and drone applications among the general public to be low, with most participants in the DfT study having low or no awareness of the civic and commercial uses of the technology, and a generally negative association with military and hobbyist use of drones. The Vision Critical survey similarly reported awareness of all drone applications to be low compared with awareness of uses of manned aviation. This doesn’t appear to have changed much since, as Nesta’s more recent poll from December 2017 found that only around 30% of respondents felt that they had a good understanding of drones and their uses.

On the other hand, research shows that exposure to the technology tends to lead to a more positive perception. Exposure enables people to gain more awareness of the potential for beneficial uses, as well as some of the build quality and safety features of drones. Participants in the DfT consultation were overall more positive about drones after the workshops than at the start. The UPS study in the US found that exposure to information about drone delivery correlated with enthusiasm for the idea, and also that younger people tended to view the technology more positively. Indeed our own anecdotal experience of attending a recent police drone demonstration in Birmingham confirmed the positive impact of seeing drones and drone applications first hand.

The operator is key - emergency services are most trusted, general public the least

All the studies we looked at show that the use and user are decisive factors in how positively drones are perceived. The DfT study found that use by the state, in particular the emergency services, is the most well-received, followed by use by commercial operators, while the use of drones by the general public tends to generate concern. These findings are corroborated by our own Nesta poll, the Vision Critical poll and the RAS survey, with 91% of respondents to the latter supporting the use of drones for emergency response and 83% supporting police intelligence. That is compared to 81% in favour of infrastructure inspection and 78% for agricultural uses, and only 37% supportive of drones being used for leisure activities.

The idea of large numbers of cameras being flown in the vicinity of your house by an unknown, potentially untrained person is something that can understandably cause anxiety. Indeed invasion of privacy was the biggest concern highlighted in Nesta’s survey (74% of respondents), followed by safety concerns. In the RAS survey the difficulty of tracing drone operators was the most frequently-cited concern (79% of respondents concerned), closely followed by breach of privacy (75%) and threat to personal / public safety (74%). These factors ranked significantly higher than other issues such as noise pollution (36%) and access to commercially sensitive information (57%).

The same themes run through the DfT consultation, which highlights anonymity and traceability as key issues, as well as safety. Safety worries resulted in part from the build and functionality of the drone itself, but were particularly focused on the capability and intentions of the operator, given the potential for accidents or misuse by terrorists or criminals. Privacy concerns were also significant, and extended across all operators. Not only were people worried about individuals and companies being able to obtain personal information using drones, but also the state's ability to watch us without our knowledge, potentially aided by facial recognition technology. Again in the Vision Critical study, although there was broad support for police and emergency service applications of drones, support varied with the precise use. Approval dropped significantly when considering police use for general surveillance patrols not in an emergency context, and for use in the enforcement of traffic rules and to identify particular individuals at events such as political protests.

Drone delivery is the most contentious use

In the short term drones are likely to be used in cities to monitor construction and infrastructure, by the media, and by the emergency services. However, in the longer term drone delivery, whether it’s of blood samples or pizza or something else, could become commonplace and have a major impact on cities. Drone logistics could mean large scale deployment and changes to the built environment such as dedicated take off and landing sites or increased pedestrianisation. However, in the RAS survey only 32% of respondents approved of drones being used to deliver packages, the least supported application other than another futuristic and potentially transformative use - delivery of people, which only 22% of respondents were in favour of.

The UPS survey looking specifically at perception of drone delivery in the US found that 44% of Americans liked the idea, compared to 34% who opposed it, with the remaining 22% undecided. This is a little surprising considering that only 32% of respondents thought that drone delivery would be safe. Here the biggest concerns were around drone malfunction (44% most concerned), theft (16%) and intentional misuse of some kind, including invasion of privacy (14%). However, the more people had heard about drone package delivery, the more they tended to support it, with 75% of people who had seen or heard a lot about drone logistics being in favour of the idea. The study ended up concluding that it was too soon for drone delivery to be accepted, but that this may not be the case for long.

The drone world is moving so fast that this research could rapidly become out of date. However, there are some enduring messages in these studies for cities wishing to explore drone applications. All of these studies emphasise the importance of communication and transparency around developing drone systems. People need to be informed and able to input into decisions around how drones are used, and if people are to support drone use they must be familiar with the technology and the benefits to citizens must be clearly communicated.

If public acceptance is a key factor in driving adoption, we can expect early drone applications in cities to be those with an obvious social benefit, such as supporting emergency response, or improving safety on construction sites by removing the need to work at height. In all applications developers and operators will need to prove that there are adequate safety, security and privacy safeguards in place, to citizens as well as regulators. One thing that all of these studies indicate is that as people become more familiar with the technology (as many young people are), civic and commercial drone use in our communities is likely to become more normalised in one form or another.

The Flying High Challenge will collaborate with up to five cities across the UK to shape the future of drones and drone systems.
Project
24 November 2017 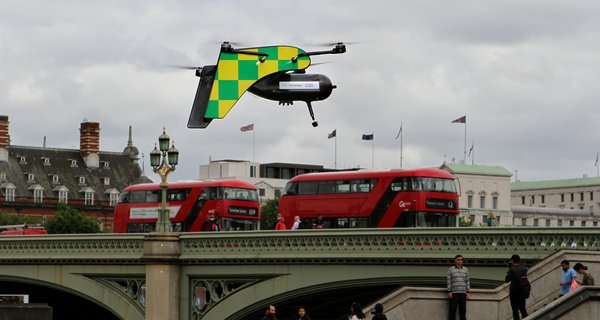 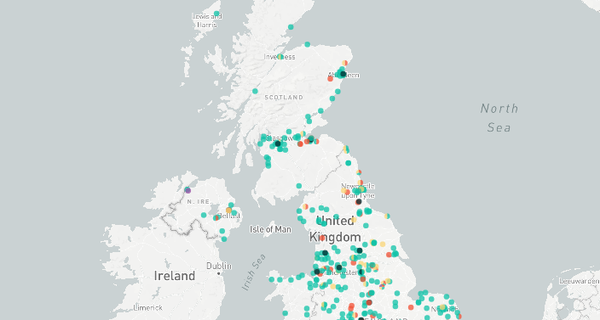