A brief history of Nesta

A brief history of Nesta

Today’s Nesta is very different from the organisation that launched back in 1998.

In the intervening years, we have evolved from the UK’s first ever publicly supported national endowment (with a very long title) into an independent innovation agency with a more socially-focused vision and a snappier name.

Along the way, we have invested in early driverless vehicles, promoted the use of challenge prizes, persuaded the government to add computer science to the school curriculum, helped develop an alternative finance sector, pioneered the growth and understanding of the field of social innovation – and much more besides. Here’s a brief description of the different stages of Nesta’s existence.

Nesta was conceived in part thanks to the vision of Oscar-winning director David Puttnam, who recognised the UK’s failure to capitalise on its globally recognised talent for innovation and invention. The country was, in short, bad at turning inventions into marketable applications.

In an effort to reverse this, the UK’s first ever publicly supported national endowment was created with £250 million of National Lottery funding (later supplemented, in 2006, with a further £75 million of Lottery funding drawn down over five years). The idea was that a secure income source would enable greater risks to be taken with UK-based innovations, which could be backed over the long term without being at the behest of government funding cycles and shifts in the political wind.

Phase one: investing in talented innovators

In 1998, the National Endowment for Science, Technology and the Arts (NESTA) was launched with Lord Puttnam as our founding Chair, and a statutory remit ‘to promote talent, creativity and innovation in science, technology, and the arts’. While the Board of Trustees was appointed by the Secretary of State for Culture, Media and Sport, NESTA was a non-departmental public body.

In our first five years, under the leadership of Chief Executive Jeremy Newton, Nesta’s focus was largely on enabling talented people to develop original ideas and, in some cases, commercialise them. We made the case for creativity at a time when the UK was seen as not doing enough to capitalise on its creative talent. Our pioneering work in education led to the creation of the independent charity FutureLab, which would go on to become a global leader in developing digital curriculum materials for schools.

Following the appointment of Sir Chris Powell as Chair in 2003 and Jonathan Kestenbaum as Chief Executive in 2005, a major review of NESTA’s work saw the organisation pivot away from supporting individual innovators in favour of enhancing the UK’s capacity and systems for innovation.

This saw all of our commercially-focused activities being folded into NESTA Investments (an early-stage venture capital fund focused on high-technology investments), while NESTA’s non-commercial innovation and investment activity was grouped into Innovation Programmes. Prescient projects included investing in the early driverless vehicles that were subsequently used at Heathrow’s Terminal 5, and pioneering new challenge prize models to cut carbon emissions in the Big Green Challenge.

NESTA also established a substantial programme of policy and research, kicking off with the publication of our influential report,The Innovation Gap, in 2006, and the subsequent Innovation Index. In the wake of this, the UK Government’s policy on innovation, which had previously been almost entirely focused on scientific research, adopted a much wider canvas. 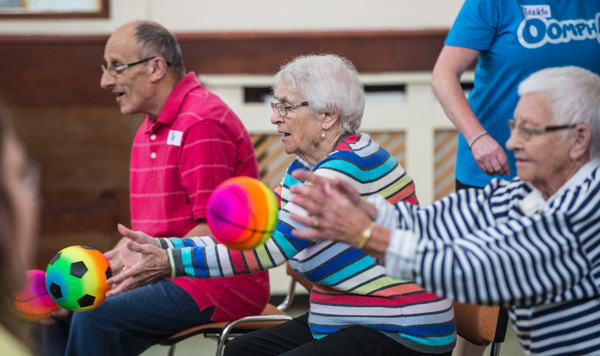 Nesta Impact Investments has backed Oomph - which has helped hundreds of thousands of older people and vulnerable adults stay happy and healthy in imaginative ways (such as ‘chairobics’). 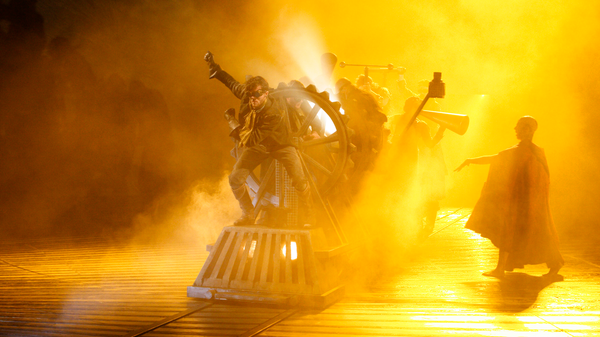 We’ve shown new ways of innovating in the arts – from virtual reality and haptic theatre to creative ways of engaging audiences, building on our success with NT Live which has streamed theatre into over 2,000 cinemas worldwide. 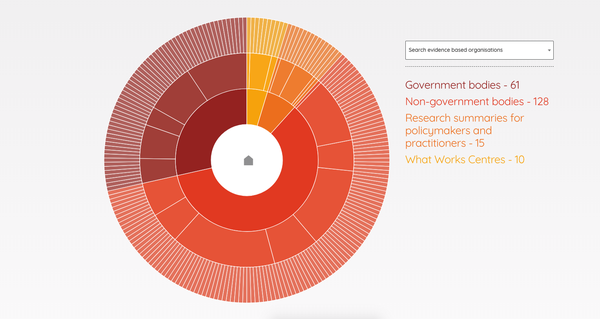 We’ve promoted the use of evidence in decision making around innovation. Our Alliance for Useful Evidence advocated for and helped set up What Works Centres - covering everything from education and child social care, to economic growth and ageing. 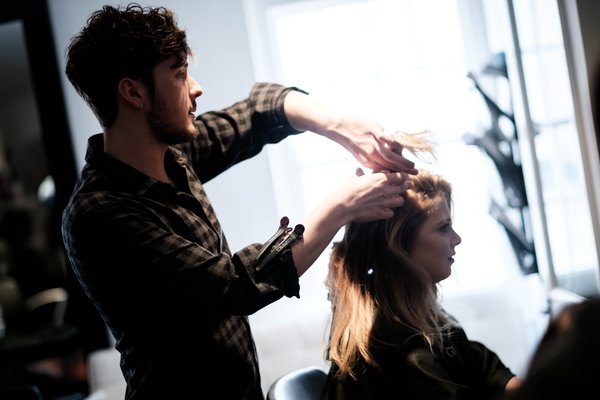 Nesta has pioneered Impact Investing with our support of 13 organisations making measurable social impact. One example is Getmyfirstjob - which matches apprentices to employers. 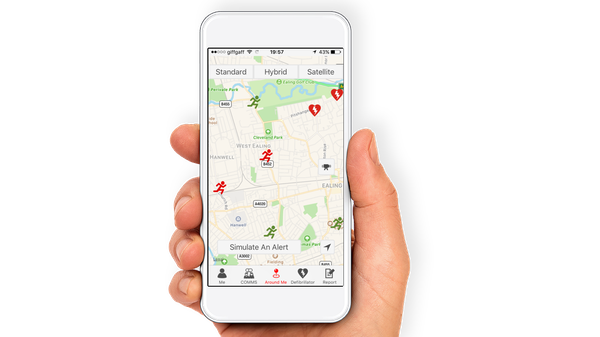 Nesta has explored radical new models of public service delivery - such as GoodSam that mobilises tens of thousands of volunteer first aiders around the world to work alongside the ambulance service in emergencies. 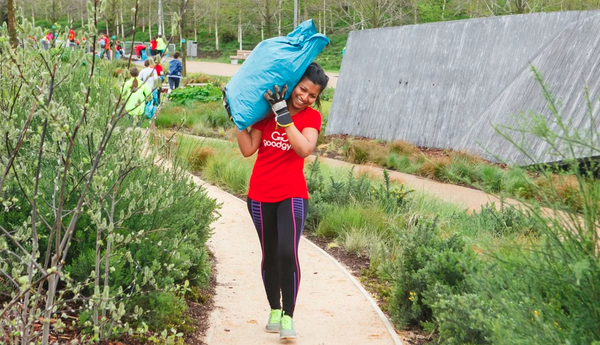 Following the arrival of our third Chief Executive, Geoff Mulgan, we became an independent charity in April 2012 – and our focus shifted towards innovation for public benefit. Rather than innovation being a goal in itself, our work now concentrated on how it could be used to tackle the social problems that really mattered to people. This saw an expansion of Nesta’s work in the public and voluntary sectors, including the creation of initiatives such as the Neighbourhood Challenge, Social Venture Intermediary Fund, and People Powered Health programme.

At this time, social innovation was a much more nascent concept; Nesta helped build the field by establishing structures, outlining methods, inspiring people and providing practical support on how to innovate. We strived to be both more experimental and more entrepreneurial – encouraging our units and teams to grow and find new sources of revenue and partners, in the UK and around the world.

Over the second half of the decade, our strategy zeroed in on five key areas: Health, Government Innovation, Education, Arts and the Creative Economy, and Innovation Policy. We also continued to explore emerging tech and groundbreaking ideas through our Futures work, and helped to develop institutions that continue to play critical roles in innovation, such as the Behavioural Insights Team, FutureGov and What Works Centres.

Shortly after his departure from Nesta, Geoff was awarded a knighthood in the 2020 Queen's Birthday Honours recognising his work to advance social innovation. The award noted that under his leadership, Nesta contributed to growing many fields, including social investment and crowdfunding, computing in the curriculum and new models of volunteering in health, and uses of evidence in public policy and innovative approaches to regulation.

The arrival of Ravi Gurumurthy as our fourth Chief Executive in December 2019 marked the start of the latest chapter in Nesta’s history – and a further change to our strategy. Signalling the importance of greater scale to achieve the impact needed to tackle society’s biggest challenges – from ingrained health and income inequalities to the climate crisis and the UK’s lack of productivity (all amid the damage wrought by the Coronavirus pandemic) – our new strategy, launched in Spring 2021, will see Nesta adopting a more focused strategy that will enable more sustained efforts across our three new Missions. Crucially, the ability to deliver impact at scale will be at the heart of our new approach, along with a renewed commitment to collaborative and evidence-based working.

The world has changed significantly since our launch in 1998, and Nesta has too. But all future achievements must acknowledge the deep foundations, powerful connections and enormous expertise that have been built up over the intervening years.