One turbulent year on from publishing our last predictions, we look at how they shaped up.

Each year, we follow up on our predictions to see how they have performed. Our authors have found evidence of their predicted scenarios gaining traction, as they will continue to do over the next few years.

Nesta has contributed to the realisation of many of these tech breakthroughs and movements in our 20th year, supporting research and collaboration to shape them for social good. 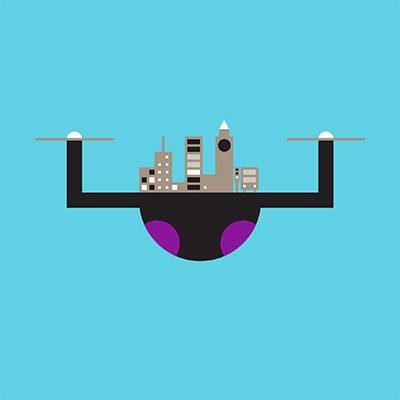 Olivier Usher predicted that cities would take control of drones and guide them in a more socially useful direction.

2018 saw the first phase of the Flying High Challenge, where Nesta worked with five UK city-regions on a collaborative programme to research the scope for socially beneficial applications of drone technology in urban areas, resulting in a groundbreaking report published in July.

The Flying High Report developed the first clear picture of the opportunities and potential pitfalls of drone use in UK cities. This work engaged national stakeholders such as DfT and the Civil Aviation Authority and included in-depth analysis on issues such as airspace management. Over 700 companies and institutions working in the field of drone technology were identified by the report in the most definitive picture yet of the UK drone industry. The planned next phase of the programme will be to design a series of innovation challenges and develop test beds to pioneer safe, sustainable drone systems that deliver benefits for cities and citizens.

New drone regulations came into force in 2018 offering a stepping stone to the UK’s first Drone Bill, and various trade groups are coalescing. Beyond the end of their participation in the Flying High research project, London and Bradford have kept their activities going and Oxford City Council, though not a participant in Flying High, has created an in house drone services department. 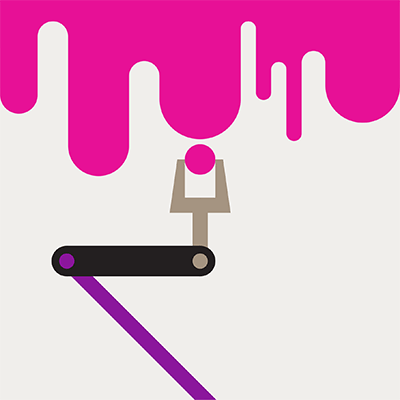 Georgia Ward Dyer predicted that with AI emerging as a game-changer for the creative sector, the winner of the 2018 Turner Prize could be an AI and artist duo.

This year’s shortlisted artists don’t include an AI, but all of them used film and digital imagery, with no painting or sculpture in sight. India, meanwhile, held the first mainstream AI-generated gallery show while an artwork created by a Paris-based collective employing machine learning sold at Christie’s for $432,500.

In fashion, both Amazon and Facebook have developed AI fashion designers and Tommy Hilfiger have teamed up with IBM to trial the use of AI to expedite design work and get on-trend products to market faster. Artists are also experimenting with reverse-engineering algorithmic art to learn more about artificial intelligence and teaching AI good taste. 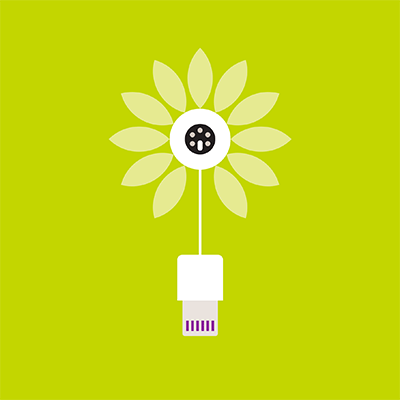 Katja Bego predicted greater concern over the impact of the internet on the environment.

2018 has seen Thailand follow the example set by China at the beginning of the year and crack down on legal and illegal e-waste imports blamed for turning the country into ‘the world’s rubbish dump’. Ghana, a significant importer, has launched guidelines for sustainable management of e-waste.

The e-waste market, however, continues to grow with over 63 million metric tonnes expected to be generated by 2025, up from 44 million tonnes in 2016 - dominated by consumer electronics waste. In March, UN organisations signed a commitment to e-waste management paving the way to deeper work with manufacturers and recyclers on system-wide support for e-waste management. An e-waste recycler in California however faces a 15-month prison sentence and a US$50,000 fine for his efforts to extend the lives of computers.

Katja raised concerns about the massive energy consumption of cryptocurrencies like Bitcoin. The World Economic Forum is now postulating that cryptocurrency mining could become the new face of efficient energy use and reduced energy wastage through storage of excess energy from renewables. Other green applications of blockchain technology have been identified, such as peer-to-peer energy trading platforms. At our FutureFest event in July 2018, Mattereum founder Vinay Gupta explored how blockchain could be used to solve some of our biggest challenges from climate change to the refugee crisis, and the Blockchain Charity Foundation has joined forces with the UNDP to support philanthropic applications of blockchain technology. 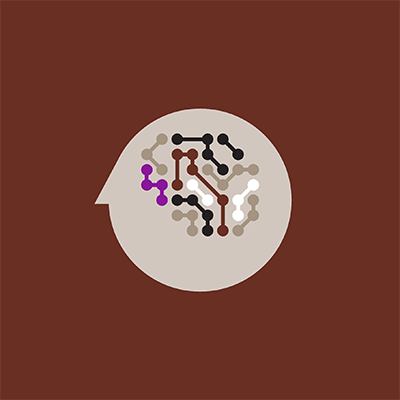 Geoff Mulgan predicted that governments would take the first serious steps towards regulating artificial intelligence in 2018.

In June the UK government announced the launch of the new Centre for Data Ethics and Innovation (CDEI), following a House of Lords AI Select Committee report on the implications of advances in AI released in April. The report didn’t deem AI-specific regulation appropriate for now, but proposes “five principles that could become the basis for a shared ethical AI framework”.

The European Commission launched an expert group on AI as part of its AI strategy. The group will also be tasked with drawing up “draft guidelines for the ethical development and use of artificial intelligence based on the EU's fundamental rights” by the end of the year, building on suggestions by the European Group on Ethics in Science and New Technologies.

By mid-2019, the Commission plans to issue guidance on the interpretation of the Product Liability Directive in view of technological innovations. This is to safeguard legal clarity for consumers and producers in case of defective products. 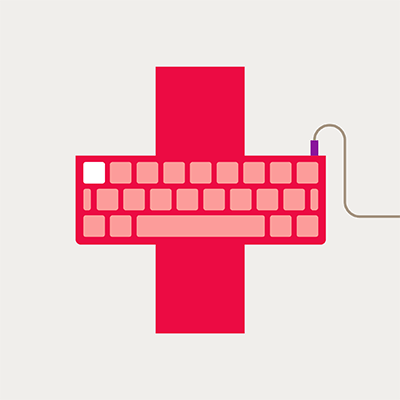 John Loder predicted that a tech company would buy a healthcare provider and supercharge their efforts.

Google launched their Cloud Healthcare API - an open-source tool designed to enable healthcare providers to collect and manage various types of medical data via the cloud. Amazon announced a partnership with JPMorgan Chase & Co. and Berkshire Hathaway to form a new healthcare company which will develop ways to improve care for the more than one million individuals who get health insurance from the three firms - and eventually disrupt how employees get their health insurance through work. 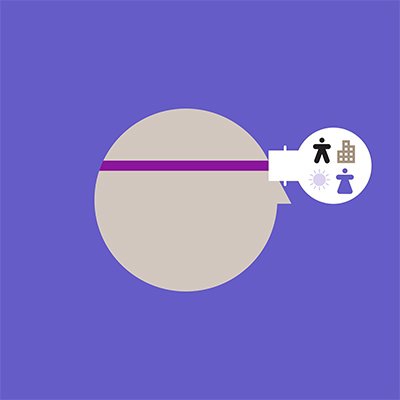 Florence Engasser and Sonia Tanna predicted that simulation would become a mainstream innovation method in 2018.

The past year has shown uptake in simulation as an innovation method. There is clearly, if not a rise in, at least a greater interest in simulation being used in the policymaking process. That ranges from the greater use of testbeds and sandboxes for better experimentation to the rise of large-scale modelling and AI-powered traffic prediction systems. Games are on the rise as well, as a means to better involve the public in decision-making and emphasise the need for collaboration and constructive, creative discussion.

Nesta commissioned research on testbeds and our Flying High project made five UK cities testbeds for new applications of drone tech. We are now seeing the rise of cities and regions becoming testbeds, such as the West Midlands, which has been selected as the UK’s first multi-city testbed for 5G.

Nesta developed its own board game to help innovation policymakers improve the design and implementation of their policies, and is currently working on a second board game about the future of the internet - there has been greater interest in game-like approaches for more efficient policymaking and better public engagement. Bristol developed a transport budget simulation game to show the difficult trade-offs in setting budgets. 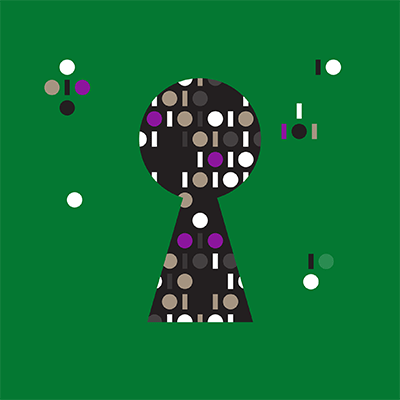 Chris Gorst predicted that data would start to become a powerful tool for regulators and consumers.

Open banking has so far been slow to take off, primarily because of a lag in implementation, though consumers have also been slow on the uptake.

In June 2018, Nesta announced the 12 fintech businesses who would participate in the final phase of the ‘Open Up Challenge’ aimed at bringing innovative financial products for small businesses to market, and now the Nationwide Building Society have announced an Open Banking for Good Challenge aimed at improving financial inclusion. 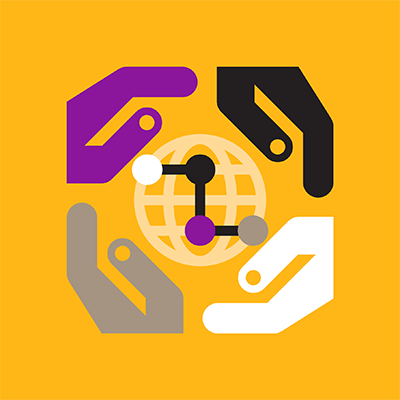 No platform co-op has really gone mainstream, though there has been growing political awareness of platform co-operatism, with reforms planned to bolster the rights of gig economy workers and Uber continuing to challenge rulings on drivers’ rights.

Following an eight-month collaboration between co-ops and mutuals in the UK, the New Citizenship Project launched an Everyday Participation toolkit in March. In May, Google invested $1m in open source tools that will support platform co-ops working in sectors such as child care, home services and recycling​ in the United States, Brazil, Australia, Germany, and India. Co-ops in the UK ran their first platform co-ops accelerator programme and July saw the UK’s largest ever platform co-ops gathering.

This autumn, Denmark's largest employee union HK was testing an administrative freelance agency aimed at potential or new freelancers who would like to try out the gig economy without having to change their status to self-employed.

Nesta contributed to the discussion, with a FutureFest panel on the future of digital labour in July and a roundtable co-hosted with UNI Global Union and Google in September. 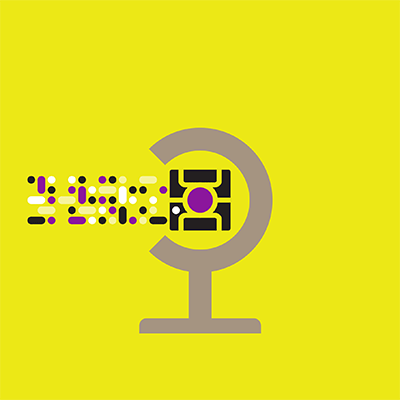 Tom Symons predicted that citizenship would no longer be determined by the geographical boundaries of a country.

Since the UK’s EU referendum, there has been a continued surge in the number of British citizens applying for nationality of an EU member state, however, eligibility rules vary widely by country.

Following on from Estonia’s e-residency programme, Azerbaijan recently became the second nation state to offer e-residency. Estonia now has around 50,000 e-residents despite a major security flaw in 2017 which forced a temporary suspension of the programme. The demographics of Estonia’s e-resident population don’t resemble those of the country, which has marginally more women than men, with 88% of e-residents being male. 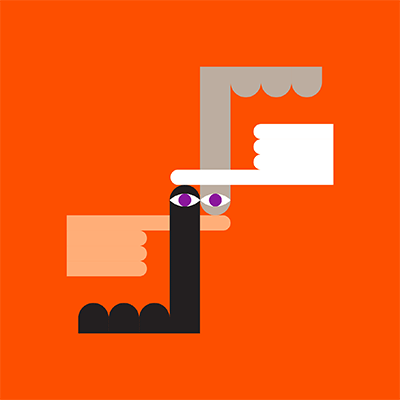 Lydia Nicholas predicted that artificial intelligence that can read your emotions and predict mental health outcomes would get used and abused.

This year, designers at Abertay University have researched the application of ‘affective computing’ using facial recognition and other physical clues to video games to make them more reactive and realistic - which also has potential to counteract desensitisation and gaming addiction and, controversially, could help security services identify gamers who exhibit unusual emotional behaviour during game-play. Disney’s research arm is experimenting with facial recognition to gauge how audiences react.

A Chinese school has installed facial recognition technology to monitor how attentive students are in class while Thailand’s 7-Eleven stores are set to monitor the movements and even the emotions of visitors with AI-powered surveillance tech in its 11,000 stores.

Major corporations such as IBM and Unilever are now using AI to analyse candidates’ facial expressions during job interviews, with the potential to usefully tackle bias and boost diversity but carrying the risk of screening out candidates for a range of erroneous results.