In 2018, cities will take control of drones and guide them in a more socially useful direction, says Olivier Usher.

Drones have been operating individually for a while – but soon they'll be operating in complex systems and on a much larger scale. In 2018, Britain will start making the decisions and plans it needs to make this a reality.

In the process, cities will compete to be first to test and shape this important technology - and to make sure drones deliver public benefit, not just parcels.

Drones are about to break into the mainstream

Drones today are much like cars were a century ago. When the Ford Model T came on the market, cars stopped being an expensive, niche product, and became an affordable, useful, mass-produced commodity. Within a few years, for good and for ill, vehicle numbers had exploded.

Recent technological breakthroughs have made drones cheap and technologically advanced. Their usage is growing fast.

When the Model T came on the market, cars were rare enough that they didn’t need much infrastructure beyond a hard surface to drive on. Within a few decades, cities were gridlocked and developed a huge range of infrastructure and regulation, including traffic lights, lanes, speed cameras, the Highway Code, speed limits and bus lanes to cope.

Drones on their own just need a pilot with a remote control, but if many companies are to be believed, there will be significant drone traffic in the sky before long, delivering parcels, supporting law enforcement, providing public services on a far grander scale than now.

To operate at scale like this, they too will need extensive regulation and infrastructure: the highways, speed limits and overtaking lanes of the skies.

What will the infrastructure, laws and rules for drones look like? These choices need to be made soon. The decisions we make now will shape the drone systems that emerge for decades to come.

Many of the decisions cities took when cars were taking over were short-sighted and had unforeseen consequences. Road signage turned quiet streets into rat runs. Road space was reallocated from public transport to private cars, creating more traffic than the space it freed up. Urban space became hostile to pedestrians and cyclists. Air and noise pollution became ubiquitous.

No. In 2018, cities will wise up and realise that they can transform the way drones develop, and guide this new technology in a more socially useful direction. They will make hard-headed decisions about how drones should be used to maximise public benefit and minimise public harm.

There is every indication that growing use of drones is inevitable – but there is nothing inevitable about how they are used, where and how much.

Two projects – one run by Nesta in the UK, and the other recently announced by President Trump in the US – aim to shape these decisions. The plan is to work with cities, public bodies, citizens and potential users of drones, to better understand what the key uses are for drones, what their requirements are, and how they are likely to interact with each other at scale.

Next, the plan is to identify the key challenges, both technical and social, and to facilitate cities and drone companies to test, refine and develop their plans. Forward-thinking cities will compete to host these tests – and to get the windfall of shaping and driving forward the technology in a way that benefits them.

The question is partly about what uses society wants to prioritise.

Already, Network Rail uses drones to monitor the maintenance of tracks in the UK and Zipline delivers blood and medical products in remote parts of three African countries. Amazon and Domino’s Pizza have made well-publicised promises to deliver their products by drone soon and have even carried out tests.

Given that drones will not be without risks – they can crash, and even if they don’t, they produce noise, visual pollution and can invade privacy – there will be a legitimate question for cities about what they will support and what they will oppose.

Delivering organs between hospitals is unlikely to be controversial. A midnight delivery of kebabs to your neighbour’s rowdy house party might not be so welcome.

So it will be interesting to see what the appetite is for the different possible use cases and whether different cities take radically different approaches. Some may want to encourage only the most directly beneficial public service uses and restrict everything else. Others may see the economic benefits of widespread commercial use and conclude that they are worth the trouble.

The decisions that cities will grapple with are not just about drones’ individual uses. The complexity of drone systems, just like the complexity of road traffic, comes from the interactions between all these different use cases and the number of vehicles in use. Bus lanes only exist because of the interaction between fixed public transport routes and heavy use of private vehicles; without the cars, buses would not need their own lane, without bus routes there would be nothing to drive in them.

So cities will also have to make decisions about how drone systems as a whole operate. Will they force drones to operate in narrow corridors over main roads or allow them to fly freely over people’s property? Will they give planning permission for the landing infrastructure that’s needed for heavy deliveries or air taxi services? What will their tolerance be for noise, safety or night-time flying? Will they want to limit drone numbers or encourage their use?

Even if cities don’t make these decisions now, the decisions will still be made. It just won’t be done in an accountable manner. Companies will make decisions based on their commercial priorities. Regulators will be on the back foot. Mistakes will be made.

Like previous emerging technologies introduced without public debate, there may be a backlash.

A recent poll commissioned by Nesta suggests public opinion is still forming. The technology is just coming into its own. Government is waking up to the potential.

Next year, cities will take control of the future of drones - and ensure they deliver for everyone. 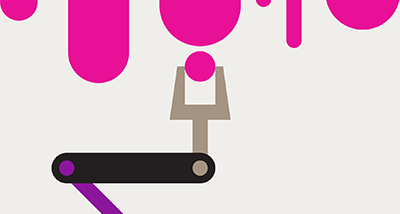 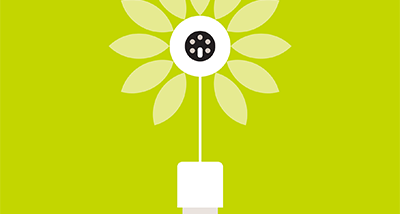 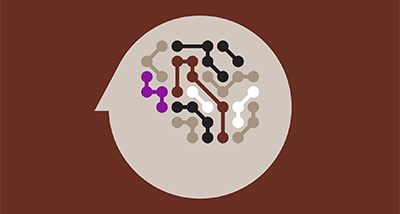