In recent years we have seen rising opposition and campaigns against gig work. This was initially led by incumbents worried about disruption to their businesses and by gig economy workers themselves who felt they got a poor deal from the platform giants. Consumers, citizens, and politicians soon followed suit - and all increasingly began asking questions about workers’ rights, regulation, local impact and the sustainability of many of the business models in play, in particular how power and profit was shared between platform and workers powering the collaborative economy.

While most criticism of the platform giants has so far been focused on whether or not their business models treat workers fairly; in 2018 we predict that those workers who power large parts of the collaborative economy will take constructive, collective action. Inspired by the disruptive nature of the platforms they work through, they will create services and organisations that themselves disrupt and evolve the marketplace, rebalancing power and distributing revenue differently.

This will be driven by a number of factors including: access to ever cheaper and customisable organising technology; maturity and size of the collaborative economy; and an increase in peer networks of those trialling new forms of ownership and organising. It will be fuelled by the continued dominance of centralised collaborative platforms and their drawn-out legal battles, giving workers an incentive to rapidly create their own solutions.

We think that two parts of the collaborative economy will be reinvented in 2018 - the organisation and the union.

Platform cooperatives connect dispersed resources and workers through the web, offering a collectively governed alternative to the centrally-owned platforms. This affects how revenue flows to workers, and beyond into communities. Workers share ownership, and take a role in governance and allocation of any surplus income generated. Instead of focusing on creating profit for shareholders, a cooperative model focuses on distributing income generated in line with members’ wishes. These innovative organisations are increasing in numbers and testing a range of operating models.

Surplus funds generated above the operating cost of the organisation are voted on by members - and often shared among them. They may be reinvested in the organisation’s development or in some cases to support agreed causes. There is no one size fits all approach to allocating revenue surplus. Stocksy paid out $200,000 in dividends to its photographer members and offers high royalty rates, turning over $7.9 million. Open technology makes it easier to allocate and distribute income generated in various ways that were previously impractical; digital agency Outlandish uses cobudget to allocate openly; Fairbnb intends to donate surplus to improve the neighbourhoods where rental properties are located.

Membership models mean that workers can have a say in an organisation’s governance, and multi-stakeholder models such as Fairshares also give others, such as buyers or beneficiaries, a say too. Enabling meaningful members’ input at scale may be tackled in part through using collaborative technology such as Liquid Democracy and Loomio. This could help focus on quality and accountability.

Federated coops offer a way for technology to be owned centrally, but governed by groups of coops or social value organisations. The marketplace Fairmondo creates units within countries, currently powered by Sharetribe technology. Networks such as Enspiral offer digitally-enabled ways to grow organisations, currently numbering 300 contributors. Decentralised organising offers another way to distribute governance and finance at scale, exploiting blockchain to verify transactions. Commune and Arcade City are experimenting with this in transportation. Resonate music offers a ‘stream to own’ model, which charges you a price per play until you’ve paid for the track.

There is a need to support further experimentation in joining coops with platform technology to address social challenges differently. Increased worker involvement and platform tech offers some promise for social challenges such as adult social care. Inspiration is offered by Buurtzog, a non-profit foundation - though not a coop - it empowers care workers to manage their own workload, focus on quality and take decisions using tech to support this way of working, turning over €280 million. Pioneers include Care and Share Associates, a coop model of social care, and icare, a platform created to manage care data.

Just as digital platforms have allowed companies to coordinate large, dispersed groups of individual workers to perform coordinated gigs and tasks without them connecting to each other, workers are now using the same technology to connect, support each other and take collective action for themselves, rebalancing power in favour of the worker.

In 2018, this way of organising workers in the collaborative economy will move into the mainstream and operate alongside, in partnership with, and perhaps even in some cases replacing, traditional unions. The call in the Taylor Review for A WorkerTech Catalyst and the pioneering work done by tech for good accelerator Bethnal Green Ventures, in partnership with Resolution Trust, on incubating startups that support low-wage workers is likely to lend further momentum to this.

The growth in worker tech has been characterised by solutions focusing on:

The US-based Coworker platform is one of the most established examples of organised worker rights campaigning. The platform came to fame when Starbucks decided to end ‘Clopenings’ (where people work back-to-back shifts) after more than 10,000 Starbucks employees signed a petition against this. Ten per cent of Starbucks staff have joined Coworker.

More recently an Etsy employee launched a Coworker campaign to mobilise employees (and sellers and customers) to ‘ensure the company doesn’t stray from its values’, and Uber drivers used the platform to lobby for changes to the app, such as a tipping function, which was subsequently followed up by the company.

In Germany, faircrowd.work has been set up to allow workers in the collaborative economy to share and access information and reviews of platforms including ratings of working conditions, including a guide to the different established and new unions that can help workers.

Closer to home, Welsh cooperative Indycube provides a voice for freelancers, carrying out invoice chasing and legal freelancer support services as well as operating a coworking space. Cotech offers support to its 29 technology cooperative members, running a network turning over £9 million and a workspace in London.

As the setup of the work has changed so has the need for insurance. Some commercial operators like Zego provide ‘pay as you go insurance’ for riders in the gig economy. Others are experimenting with setting up insurance and mutual support between peers of workers. One example of this is Breadfunds. Now being trialled in the UK, but originally a concept developed in the Netherlands, bread funds are groups of 25 to 50 people who contribute money each month into a fund to support any of its members who become unable to work through illness or injury.

Disrupting the disruptors: Why now?

These developments represent growing demand for disruption and redistribution of power and profit in the collaborative economy.

The initial rapid growth of the giants in the collaborative platform economy was powered by billions in venture investment and enabled by regulatory environments that helped the disruptors to grow. Imagine what the models above would be like if they had received even a fraction of the billions in investment that have supported companies like Uber, Task Rabbit or AirBnB.

However, supporting this new wave of innovation is not just about investment in individual companies, it is about creating conditions for wider, distributed participation in the collaborative economy. We also need to ensure that regulatory frameworks anticipate such models, and that open licensing and a free and open web is maintained to allow the new wave of disruptors to grow and thrive, unfettered by incumbent interests.

In 2018, this new wave of disruptors is set to leapfrog the first wave of collaborative economy innovations to produce new socially and financially sustainable alternatives.

The rapid increase in demand for worker-led platform services, and the digital, open and decentralised nature of worker tech and platform coops means that they have an easy and flexible route to create new ways of working. 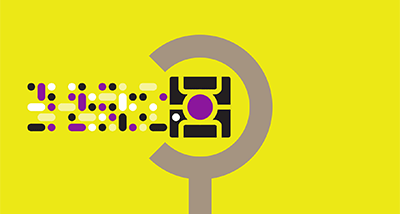