“This is not the first time I am doing something with Google. The first time was in Brussels at a public hearing on Artificial Intelligence. I was on a two-person panel consisting of me, and Google. I had sharpened my weapons, was ready to battle…”

This was an anecdote that Christina Colclough - Director of Digitalisation at UNI Global Union - opened with at a roundtable jointly hosted with Google and Nesta in Helsinki last week. The idea for the roundtable originated from the conclusion to this story,

“But to both of our surprises – we agreed on most things”, Christina says laughing. She continued: “This has led us to continue to explore, to debunk myths and find common ground.” 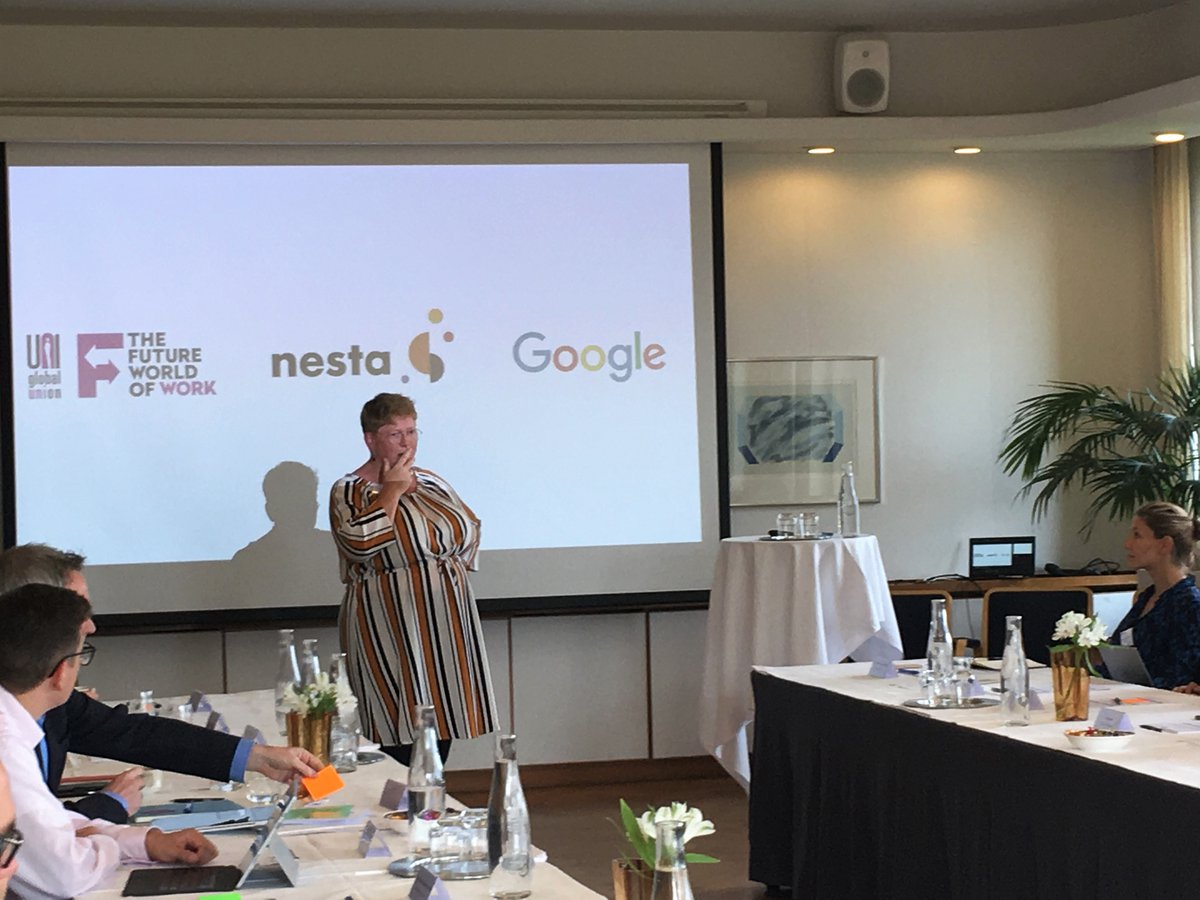 “This has led us to continue to explore, to debunk myths and find common ground.” Christina Colclough - Director of Digitalisation of UNI Global Union

Hal Varian - Google’s Chief Economist had travelled far to join the participants consisting of unions, think tanks, industry organisations and academics from Estonia, Finland, Denmark and Sweden. He provided reflections on the impact of technology on the future of work, such as the emerging need for automation to tackle demographic challenges.

He was later followed by McKinsey’s senior partner, Jacques Bughin, who presented the latest trends in the labour market. UNI Global’s Colclough outlined key demands for a world where the work of tomorrow is empowering, inclusive and transparent for all.

It was a trio that inspired plenty of insightful, and, most importantly, constructive conversation.

Tech optimism and the question of skills

We asked the room to raise their hands if they were tech optimists: everyone did. Hal Varian shared with us a powerful statistic to reinforce the optimism: every day around one billion people access a ‘how to’ video on YouTube - we’re living in a time when digital tools like this, and more formal online courses such as Udacity are providing unprecedented access to knowledge and the opportunity to develop skills.

This prompted a question that seemed to be on everyone’s mind: what skills will workers need, and how do we maintain a diversity of skills and competencies?

Unions are aware of the increasing focus on constant re- and upskilling. As the discussions amongst the participants revealed, it is important to explore occupational growth prospects and to identify the skills workers might need. Employer mindsets need to change too: training of staff should be seen as an investment and not a cost.

Unions are harnessing different learning models such as peer-to-peer mentoring and following the example of online platforms such as Unionlearn. They’re also backing research on future trends and scenarios; the launch of the Swedish think tank Futurion in 2016 by the The Swedish Confederation of Professional Employees being a prime example.

Google described how it is training millions of people in digital and soft skills for free across Europe and are working with partners, such as the Swedish Employment Agency and Copenhagen Municipality, to help the unemployed get job relevant training. 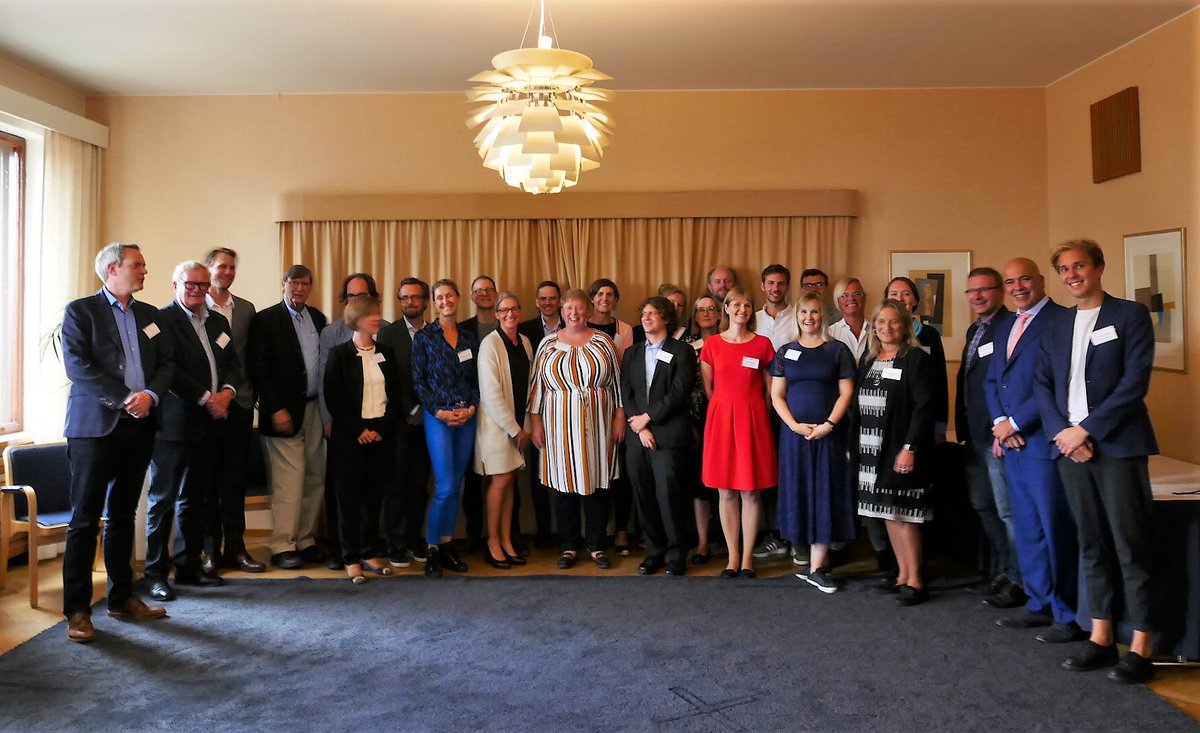 We need to talk about the changes that are happening

The need to identify the right ‘blend of skills’ and those in most demand was reinforced by Jacques Bughin from McKinsey. Whilst AI might take over many cognitive tasks, other skills such as the ability to make ethical and creative judgements will emerge as more important. For companies it is a ‘velocity game’, balancing how quickly to adjust their organisational structure and culture, with the need to develop the right skills for their workers. The question of incentivising companies to upskill existing workers was raised several times as a result.

Meanwhile, the amount of freelancers, gig workers, and part-time workers is growing. Many have identified training whilst working as the best way to respond to digitalisation; how do we make sure this access to training is fairly offered given this trend?

Digital technologies are also leading to a more ‘fluid’ labour market which might include more flexible hours and work locations. Workers want to balance flexibility with security, or as Colclough succinctly put it: ‘People welcome flexibility, what they don’t want is flexible income’.

Nordic unions such as HK Denmark are responding to these changes through training hubs for gig workers in the finance sector, establishing funds for training, and building platforms to support freelancers. The Danish union recently announced such a platform which offers a safety net for gig economy workers.

The gig economy with a safety net: HK Denmark

This autumn, HK Denmark is testing the site www.freelancer.dk/bureau: an administrative freelance agency aimed at potential/new freelancers who would like to try out the gig economy without having to change their status to self-employed.

Reinvention, dialogue and cross-sectoral collaboration is the key

At the start of the day, we asked participants to write on post-its what they hoped for from the roundtable: to find common ground, to get perspective, to obtain inspiration for new solutions.

A sentiment shared by the room was that unions need to share experiences more regularly as the need to reinvent themselves becomes more pressing. Cross-sector dialogue will be the only way to respond adequately to the questions raised on the day. One of the participants’ ‘hope’ post-its summed up the way forward:

“That we all want to meet again” 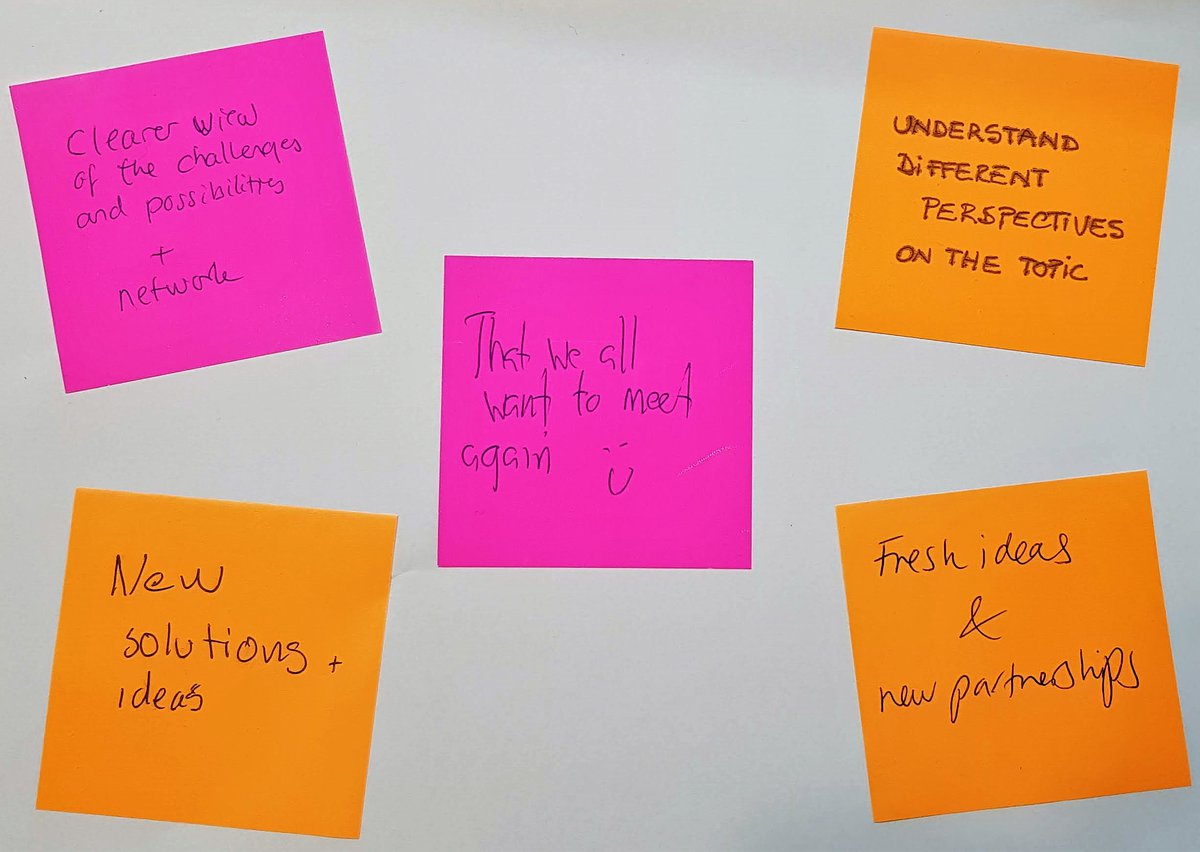 The next decade will be pivotal – for Scotland and the world. The pandemic will cast a long shadow that will test our social cohesion, exposing its fragility and its strength.