In 1648, over 100 delegations met in the cities of Osnabrück and Münster to sign a series of treaties which would end the European wars of religion. Known as the Peace of Westphalia, this marked the beginnings of the nation state as we know it today. Some 370 years later, technology is changing the way we see the nation state, elevating it from geographic constraints and into the digital world.

In 2018, we will see governments begin to make the nation state virtual.

The sovereign nation state has been a foundation for democracy and social progress. It has led to the creation of welfare systems and given people safety, security and access to public goods, among a raft of other benefits. But today, there are a number of trends which are testing its longer-term durability.

As the world changes, people expect their governments and public services to do so too. When it’s easy to play computer games with someone on the other side of the world, or set up a company bank account in five minutes, there is an expectation that paying taxes, applying for services or voting should be too.

This technological revolution is also rapidly changing the economy. Traditional industrial jobs are disappearing and digital jobs are emerging in their place. People can now work online from anywhere in the world, independent of any one company or country. Such profound changes in the structure of the workforce challenge the social model founded upon it.

To add to this, large political upheavals such as Brexit and the election of Donald Trump have left some people feeling alienated from their national identity. Since the the UK voted to leave the EU, demand for Irish passports has increased by 50 per cent, a sign that people feel dissatisfied by the constraints of geographically determined citizenship when they can no longer relate to their national identity.

In response, some governments see these changes as an opportunity to reconceptualise what we mean by a nation state.

The primary actor in this disruption is Estonia, which leads the world in digital government. In 2015 they introduced an e-Residency, allowing anyone anywhere in the world to receive a government-issued digital identity. The e-Residency gives people access to digital public services and the ability to register and run online businesses from the country, in exactly the same way as someone born in Estonia. As of November 2017, over 27,000 people have applied to be Estonian e-Residents, and they have established over 4,200 companies [1]. Estonia aims to have ten million virtual residents by 2025.

This is part of Estonia’s broader vision to challenge the notion that geography should limit the boundaries of the nation state. As Estonian e-Residency Programme Director Kaspar Korjus argues: “In Estonia we believe that people should be able to freely choose their digital/public services best fit to them, regardless of the geographical area where they were arbitrarily born...We’re truly living in exciting times when nation states and virtual nations compete and collaborate with each other on an international market, to provide better governance services.”

While Estonia is a sovereign nation using technology to redefine itself, there are movements taking advantage of decentralising technologies in a bid to do away with the nation state altogether. Bitnation is a blockchain-based technology which enables people to create and join virtual nations. This allows people to agree their own social contracts between one another, using smart contract technology, removing the need for governments as an administrator or mediator. Since it began in 2014, it has been offering traditional government services, such as notaries, dispute resolution, marriages and voting systems, without the need for a middleman.

As of November 2017, there are over 10,000 Bitnation citizens. Bitnation believes its model can have a huge impact in the developing world, where restrictions citizens face on incorporating businesses or protecting property rights for example, are far greater than in Western democracies. Bitnation is positioning itself to meet this demand in the developing world and believes that take up in its emerging markets will put pressure on mature markets, which will need to adapt the same governance speed and flexibility to remain competitive.

The potential implications of virtual residencies are huge and could lead to governments which look radically different from those of today. The digital revolution will make it possible to access a greater number of services online, from anywhere in the world. Today, the advantages of e-Residency may be conducting business in another legal jurisdiction, but in the future this could expand to provision of currencies, education and even healthcare services.

As citizens, we may be able to educate our children in Finland, access healthcare from South Korea and run our businesses in New Zealand, all without having to leave the comfort of our homes. Governments may see this as means of financial sustainability in the longer term, generating income by selling such services to a global population instead of centralised taxation systems levied on a geographic population.

Such a model has been described as ‘nation-as-a-service’, and could mean countries offering different tiers of citizenship, with taxes based on the number of services used, or tier of citizenship chosen. This could also mean multiple citizenships, including of city-states, as well as nations.

Such opportunities may take off at a local government level. Could London, regarded as the world’s leading digital city, offer an e-Residency for startups around the world that want access to its ecosystem of funders and accelerators? Or perhaps local authorities could offer electronic citizenships of their area as a means of trading online services to people around the world, making some vital income. As councils already sell back office services, it is not a huge leap to see them selling customer-facing services too.

This is the moment for governments to start taking the full implications of the digital age seriously. From electronic IDs and data management through to seamless access to services, citizens will only demand better digital services. Countries such as Azerbaijan, are already developing their own versions of the e-Residency. Large internet platforms such as Amazon are gearing up to replace entire government functions. If governments don’t grasp the nettle, they may find themselves left behind by technology and other countries which won’t wait around for them. 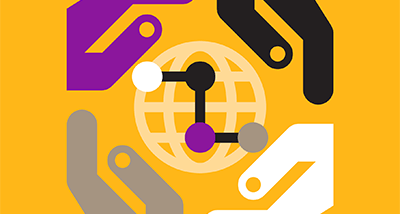 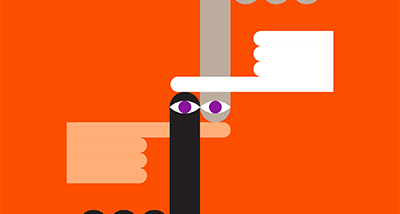