A social enterprise that helps older people with daily activities such as shopping and household maintenance in Hong Kong's Central Kowloon. 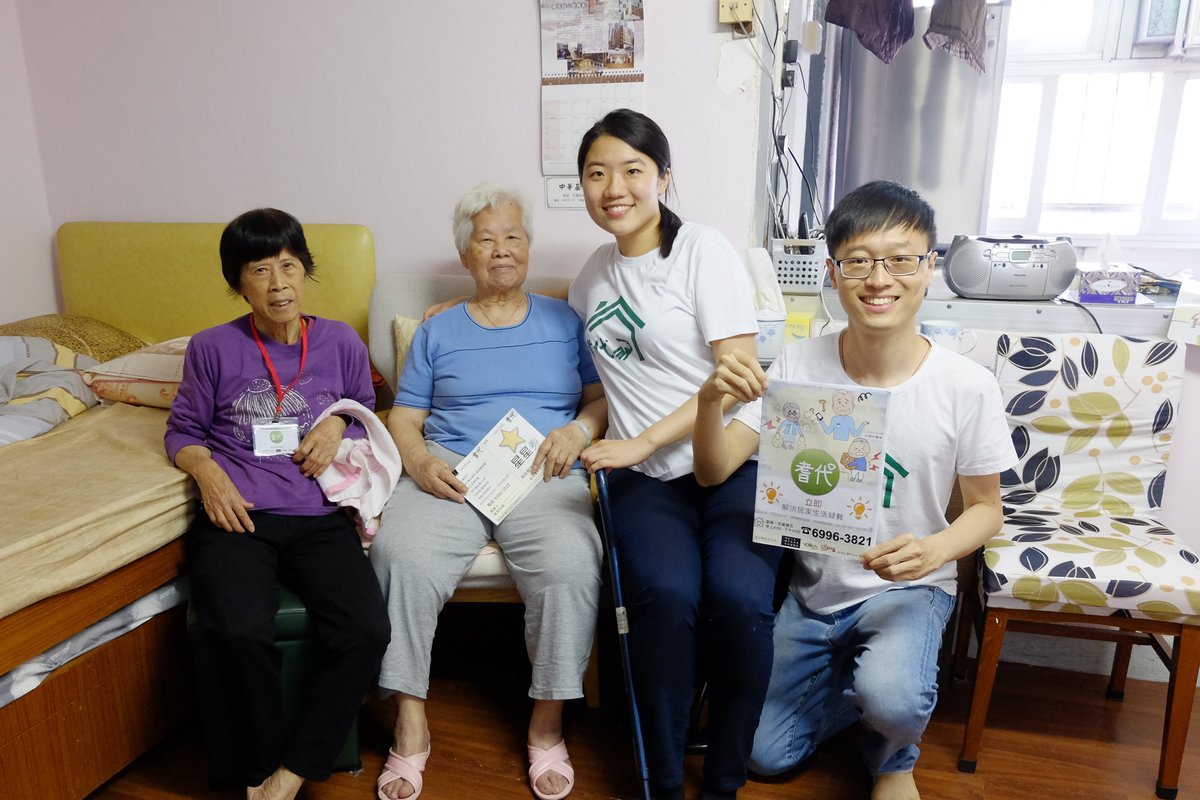 Benjamin Chan and Kitty Wong run S.E.E (Support Elderly Easily), a social enterprise that helps older people with daily activities such as shopping and household maintenance at the Choi Hung housing estate where Benjamin lives in Hong Kong’s Central Kowloon. The project also connects local housewives who have free time with their elderly neighbours to clean their homes for a reasonable monetary return.

Around 20,000 people live on the Choi Hung estate, of which more than 5,000 are aged 65 and over. Benjamin studied social policy at university and was already an “angel neighbour” helping elderly residents, explains Kitty, and he observed a gap in services for older people. While public services and NGOs focused on ‘Meals on Wheels’ and healthcare, other essential needs, such as having someone to talk to, weren’t being met.

“The ultimate aim is to advocate ‘ageing in place’; we don’t want to see elderly people sent to nursing homes."

The project’s business model involves a ‘star plan’. Customers can buy a pack of 10 stars for HK$100 (around £9) to pay for services. For example, delivery services cost three stars; changing a light bulb costs one or two. They have sold more than 500 stars to date. 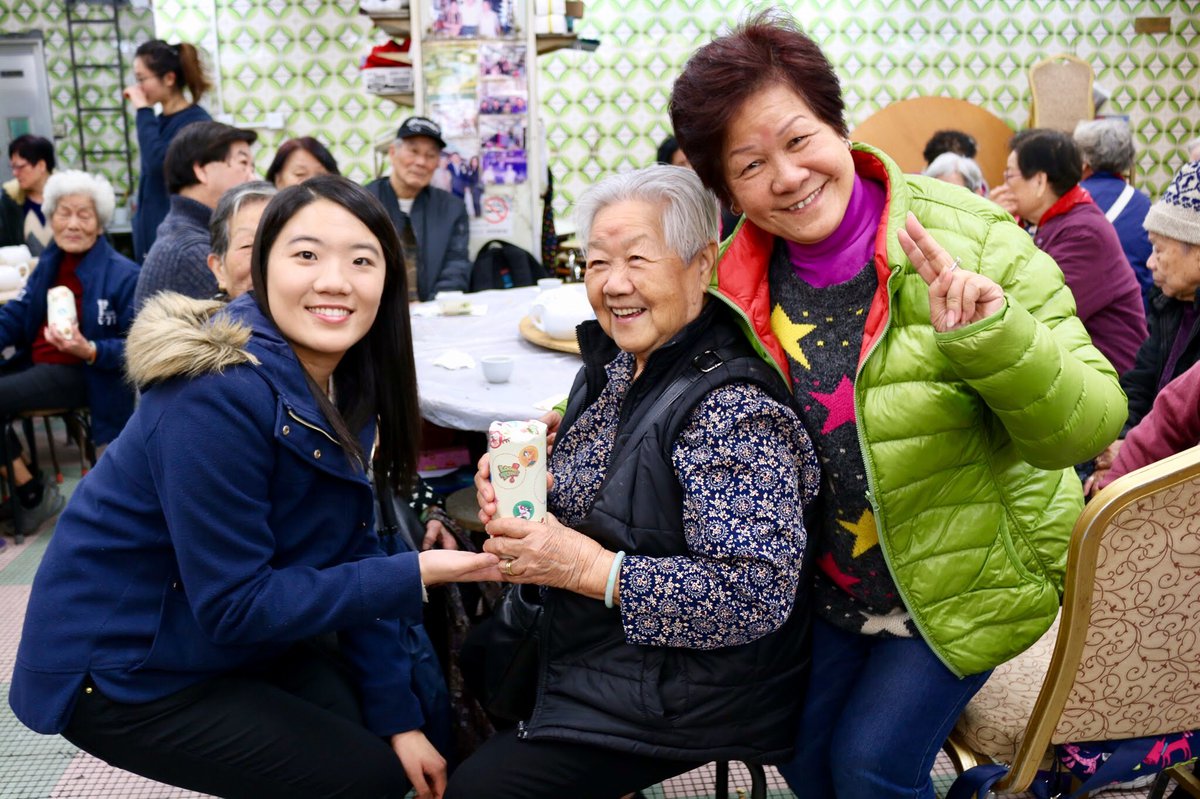 When Benjamin and Kitty attended the Creative Enterprise Programme (CEP) in Hong Kong in September 2017, S.E.E had been running for around six months. Exercises such as developing a theory of change, using the business model canvas and conducting SWOT analysis (assessing strengths, weaknesses, opportunities and threats) helped identify and prioritise their customers’ needs.

“The theory of change was the most useful method for us to clarify our priorities. The first step is trying to identify the problems, then how we will solve them.”

“An unforgettable lesson learned in this course is that we need to actively get in touch with elderly people to understand their needs,” adds Benjamin. He and Kitty conduct regular home visits to their older neighbours to collect feedback, while also helping to tackle loneliness.

Following CEP, the founders also changed their promotional materials to better suit the older people they serve, many of whom are illiterate. “After CEP, we changed the materials to make them more readable. We added more pictures and graphics, and used fewer words,” says Benjamin.

Benjamin and Kitty also learned the importance of being clear on their business’ values. After brainstorming lots of values that related to their business, they were asked to select the top three. “This was difficult, because we felt every word was important to us,” says Kitty. “But we learned that you need to know which three elements are the most important for your company so that you can stand out from competitors.”

They selected ‘caring’, ‘respect’ and ‘reliable’, after deciding that words such as ‘fast’ or ‘efficient’ conflicted with their top priority of ‘caring’.

Benjamin and Kitty were also inspired by the work of GoodGym, a social enterprise in the UK, which highlighted the possibility of models that prioritise social impact rather than shareholder profits, and the power of tapping into community resources (such as people’s free time) to create social change.

“In Hong Kong, our society highly regards shareholder accountability and the profit motive. However, after attending CEP, we learned that you can have a mission motive, and this belief has changed us a lot.” 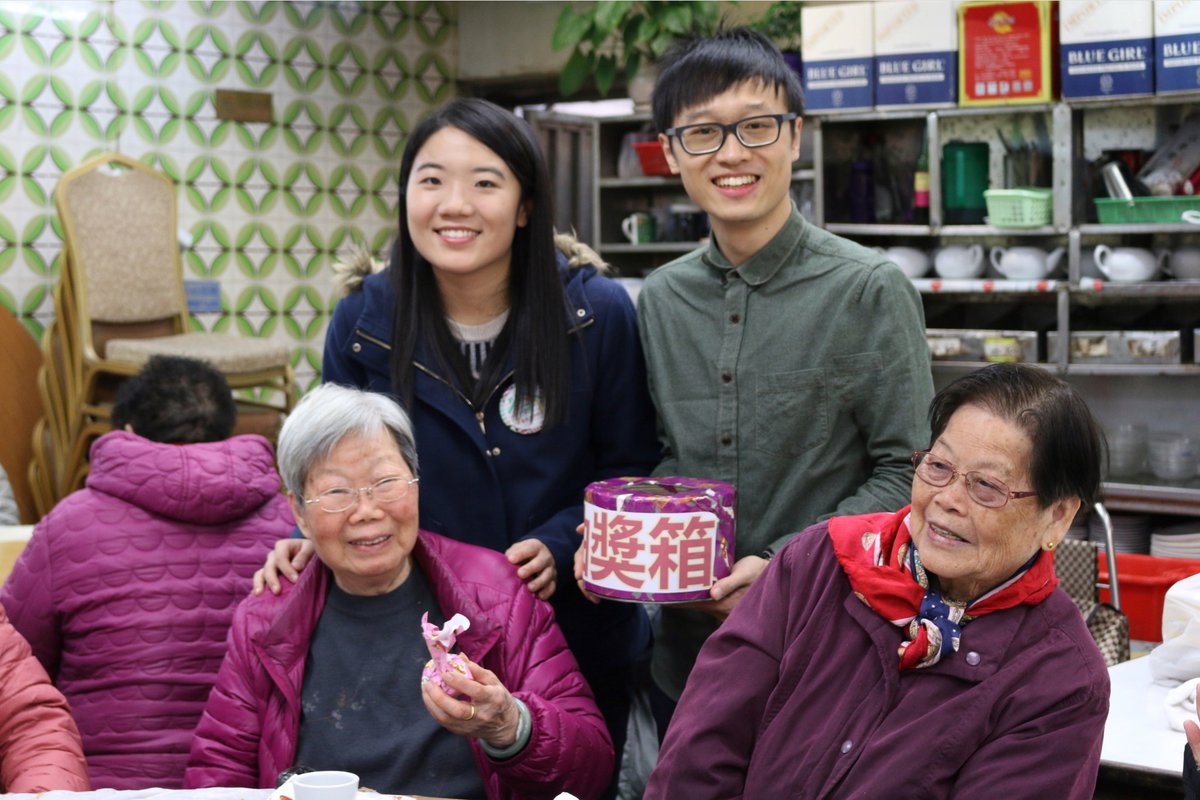 Students are S.E.E’s next target audience: at an event in April 2018, the founders invited student volunteers to visit older people to gain a better understanding of their needs. They hope to inspire and enable more young people to help their older neighbours and family members in the coming months.

Benjamin and Kitty also hope to help many more elderly people in the future. “There are lots of public housing estates in Hong Kong, and in the long term we hope our ideas can be implemented in as many as possible,” says Benjamin.