We introduce the winning entries to our open call, and explain why we went looking for fresh perspectives on the next generation of breakthroughs.
28 May 2019
In Futurescoping
4 min read 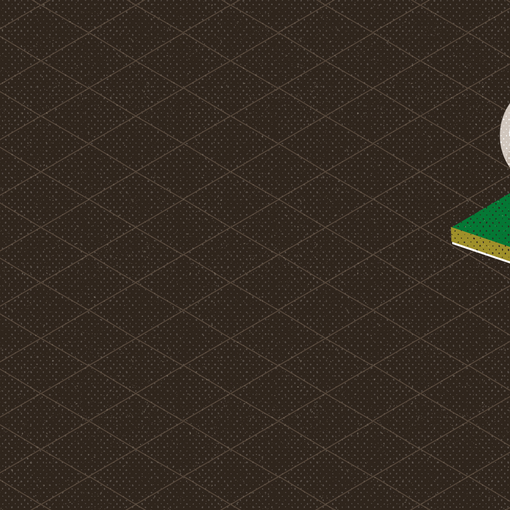 The century may be young, but over the past 20 years we’ve seen a raft of technologies jump from the margins to the mainstream. So, what does the next decade hold?

That was the question we posed when we launched the Tipping Point open call in March.

As the UK’s innovation foundation, Nesta has a commitment to bold ideas which could change the world for good. In line with that purpose, we wanted to hear some alternative perspectives on the technological and scientific developments which could generate real public benefit over the next decade – not just the ones attracting most hype or investment. And in line with our focus on collective intelligence, we wanted to go beyond our internal pool of expertise to find out.

A wider pool of perspectives

While the corporate world has developed an almost myopic fixation on artificial intelligence, it’s worth remembering that there are a host of other technologies deserving of some airtime. It’s all too easy to get sucked into the fluctuations of the technology hype cycle, where the risk of groupthink is particularly acute. That’s a problem because diversity of thought is an important driver of innovation. Professor Scott Page, for example, has written extensively about why homogeneity is no match for the collective wisdom of a wider group of people with diverse skills and experiences. Meanwhile, colleagues here at Nesta have explored the link between a diverse pool of innovators and a future economy which is both competitive and inclusive.

The content of the pitches we received in March certainly did not disappoint when it came to diverse takes on technology and science. We weren’t looking for predictions (the history of making accurate predictions about new technologies is mixed, to say the least), but we were interested in writers who wanted to take the risk of championing an idea. We invited the authors of the most successful pitches to turn their concept into long-form articles, with help from our in-house editors. You might not necessarily agree with all of their conclusions, but each of the finalists makes a compelling case as to why a tipping point has been reached on their topic of choice.

From the crop of nine articles we’ve released today, a Nesta panel identified a winner and two runners-up. We were looking at the originality and quality of their idea, but it was most important that the author could articulate the potential for social impact and point to some tangible future applications.

The winner Dr Edmund Hunt of the University of Bristol described how principles of collective behaviour drawn from the natural world will help us to develop swarms of robots that could be put to all manner of uses, from search-and-rescue missions to harvesting fruit and repairing tunnels. While this isn’t a brand-new idea, Edmund explained why the hardware and software for swarmbots is now at a tipping point – as well as how it might mesh with a broader shift towards embedding collective intelligence in the design of systems. Dr Anna Ploszajski, based at the Institute of Making at University College, London, was a runner-up with her eloquent description of a world filled with ‘four-dimensional’ materials and structures – which evolve over time in response to temperature, physical force and other external factors – and her argument that this dynamic approach represents a fitting response to the challenges of the 21st century.

But there is still a lot we don’t understand about the world – or even ourselves, as another runner-up Sally Adee reminded us in her account of attempts to crack the bioelectric code. The field of bioelectricity has long been plagued by an association with crankery and the challenges of amassing empirical evidence. However, if the promise of these early discoveries is realised in the coming decade, Sally argues that we will have found a new and powerful way to heal our bodies. That’s still a big if, but this area will be one to watch.

Edmund Hunt’s piece on swarm robotics and Anna Ploszajski’s essay on 4-D materials address some common themes which cut across several of the collection. As Anna put it in her essay: ‘The uncertainty of the future as it stands will require us to be adaptable, sensitive and responsive to the environment’. Both of these authors were interested in how innovators can take their cue from nature (Edmund points out that colonies of ants caught on to the benefits of swarm behaviour long before humans did, while Anna observes that the heads of sunflowers already have the ability to track the sun across the sky).

But it’s also a question of how new knowledge and emerging technologies can help us to marshall our finite natural resources more efficiently. In his piece on the democratisation of earth observation technologies, ‘Your Eyes in the Sky’ Alistair Maclenan explains that being able to monitor factors like heat loss, air pollution and environmental degradation at an ever-more granular level will give individuals the power to see their own impact on their own environment. Similarly, in ‘Green Editing’, Güneş Taylor argues that the furore over designer babies shouldn't eclipse the potential application of CRISPR to the profound environmental and agricultural challenges we face. Genome editing can improve crop yield and resilience, and could even spell the beginning of the end for some unethical livestock practices.

Like many of the authors, Güneş highlights the importance of both public understanding and proportionate regulation as a means of stemming unethical applications of CRISPR. Catriona Bruce is similarly attuned to these thorny questions in her piece about the implantation of cybernetic cells into our bodies, which could soon be programmed to tackle diseases such as diabetes. Catriona believes that the blurring of biological and technological will prompt profound ethical questions for society, even challenging ‘Our assumptions about what it means to be human.’

Some of the authors describe solutions to problems you might never have known existed - Nik Sultana examines why, if ignored, the ‘latency’ of the internet could be a brake on the pace of innovation in the coming decade. Gemma Church argues that quantum cryptography will be essential both when it comes to securing our online communications in future, and also to unlocking the dizzying potential of the quantum internet itself. Others propose solutions that could seem contentious to some: Eric Mack argues that this is the right moment in time to give carbon capture and utilisation more attention than we have to date.

What all these authors have in common is a desire to make the transformative potential of these breakthroughs better understood by the wider public. One way or another, you’ll be hearing much more about them in the decade to come; but you can start here.

Sincere thanks to the Nesta panel that reviewed all of the Tipping Point submissions: Chris Haley, Olivier Usher, Laurie Smith, Sinead Mac Manus, John Loder, Will Hoyles and Ellie Cusack.