Cybernetic cells: blurring the boundaries of biology and technology

Cybernetic cells: blurring the boundaries of biology and technology

We’ll soon be able to implant new cells in your body that could dispense medicine when needed – and communicate with the outside world, explains Catriona Bruce.

Our bodies are made of cells: these are the fundamental functional, structural and biological units on which everything about us depends. And the most fundamental of cells is the stem cell.

Stem cells are the body’s raw materials. Every cell in our body starts out as a stem cell, before taking on a form specific to its eventual destination and function. These cells can be used to replace diseased or damaged tissue. This has life-saving medical implications. For example, bone marrow transplants introduce stem cells into people with leukaemia, enabling the recipient to make their own healthy blood cells. Many potential therapies are now in clinical trials to see if stem cells could be used to treat otherwise intractable illnesses and injuries.

We can now use stem cells to create new human tissues in the laboratory, growing many different types of cells – and even organ-like tissue – in a dish. The key to making new tissues or mini organs is to find the right growth conditions: first to create each tissue type from stem cells, and then to allow the separate tissues to assemble.

But in the next decade, we will be able to go much further than this, creating cells with no precedent in human biology, or even anywhere else in nature. These cybernetic cells will be programmed to adapt to, sense, and act on their environment – meaning they can direct the body’s own machinery to tackle disease. They could communicate with devices outside the body, blurring the boundaries between what we conventionally think of as biology and technology. And they could allow us to “upgrade” the functioning of even healthy cells.

These new cells will challenge our assumptions about what it means to be human. Science and society must partner, as this technology develops, to include consideration of societal principles, ethics, morality and the very nature of humanity in their creation and use.

In the next decade, we will be able to go much further than this, creating cells with no precedent in human biology, or even anywhere else in nature. 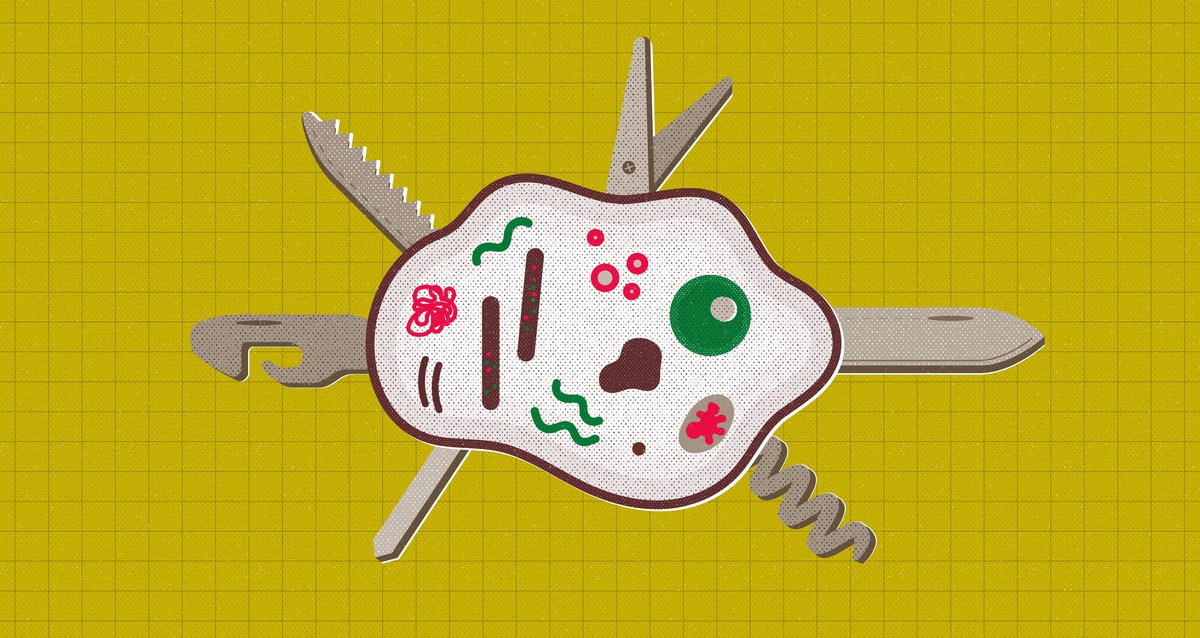 The first step to producing designer cells is to create a basic cell – or a ‘chassis’ cell – that can be manipulated on demand. The design of a universal ‘chassis’ cell must stay highly stable and be able to accommodate large scale genomic modification. This means researchers first need to discover points in the stem cell genome where a lot of DNA can be added and manipulated without affecting the function of the eventual cell’s own genes. They must then create new stem cells where these “safe harbours” are modified for easy use.

The next step is to develop a toolkit of components – reporter genes or signalling molecules – to control the chassis cell, based on technology derived from our understanding of cell biology. This toolkit will provide us with choices of input (such as light, magnetic field, drug concentrations, or cell receptor binding); a choice of cellular response (using ‘gene switches’, pieces of DNA that can be used to turn genes on or off), and choices of output (such as colouration, electrical signals or drug release). The newly-designed cells will divide and form part of more complex systems – which could be entirely new forms of human tissue.

The components that are already part of the molecular biology repertoire have only limited use in mammalian cells, and do not operate together. So to build this toolkit, researchers will need to bring together expertise in molecular design, genome engineering, and stem cell engineering to create stem cells that can respond to light, sound, magnetic fields, or environmental materials – on demand. These inputs and outputs of these components will have to be able to be linked up into logic circuits, giving us the capacity to program cell behaviours.

Selecting specific inputs, responses and outputs could allow us to develop revolutionary medical treatments, with our new cells monitoring our bodily environments and reacting appropriately – perhaps by producing active ingredients as needed. These will be able to form and be integrated into complex tissue structures and systems. As cellular construction techniques mature, they could give rise to treatments that will revolutionise how people access medicine, enabling a new age of remote care, early intervention and long-term treatment with less scope for misdiagnosis, flawed prescriptions and inappropriate dosing, surgical errors and side effects.

As cellular construction techniques mature, they could give rise to treatments that will revolutionise how people access medicine.

People with diabetes are unable to produce enough insulin – a hormone which enables us to convert food sugars into energy and is thus essential for our bodies to work properly. Diabetes damages the heart, blood vessels, eyes, kidneys, and nerves, so people affected by type 1 diabetes (and some with type 2 diabetes) must monitor their blood sugar levels and self-inject insulin to regulate them.

That can make for an invasive and restrictive life-long regime, but failure or inability to comply has severe consequences. In 2016, diabetes caused an estimated 1.6 million deaths worldwide.

A team of scientists at Washington University is now developing cells to produce the insulin diabetics need. By choosing specific, time-controlled growth conditions, these researchers have cultured mouse stem cells that differentiate into cells resembling pancreatic β cells – and which can dynamically produce insulin in response to changing glucose levels.

This opens the door to a needle-free solution which will be great news for patients and could have disruptive effects on the medical industry, affecting healthcare provision for the 400 million-plus people estimated to have diabetes globally. And although personalised medicine is prohibitively expensive in its current infant state, as this technology matures, parallel developments in fields such as cell culture and immunology will contribute to reducing operational costs.

Diabetes is just one example. This technology has potential application to any disease and to new ways to manage or treat illness.

This early application of stem cell technology will still require regular blood testing and some extra injections to control insulin levels. Further development – into cybernetic cells – will use new ‘toolkits’ to build cells that can also monitor insulin levels. These cybernetic cells could then potentially transmit signals to a medical device (or smartphone) using new synthetic components that produce detectable electrical or radio signals to monitor blood sugar levels and control insulin production either automatically or at the press of a button – with no needles.

Diabetes is just one example. This technology has potential application to any disease and to new ways to manage or treat illness. Doctors could monitor patients from a distance, needing only an internet or phone connection to transmit the latest data and information. Accurate, timely and specific medical treatment could be available on demand, enabling medical practitioners to make more informed decisions about treatment options and resources.

Within a decade, we could see the development of cybernetic cells designed to explore new ways to treat a wide range of intractable diseases and illness, leading to improvements in human health and quality of life. In the longer term, these cells could reduce the need for invasive treatment, the risk of hospital-transmitted infection, and provide early warning to identify and destroys pathogens.

Cybernetic cells could ultimately transform wearable devices into implantable devices that read biological signals and connect to designer functions. To create such artificial cellular states, we will need to engineer proteins that currently do not exist in nature, such as artificial genetic switches that drive specific cell activities, switched on or off at will.

We will also want sensors, actuators, logic circuits and cell readouts that allow new functions: activation by light and sound, or response to magnetic fields, surrounding stiffness or elasticity. While some of these components will be available within the existing molecular biology repertoire, others will require entirely synthetic components. The invention and integration of these new components will be central to research in this area over the coming decade.

Over time, cybernetic cells could even become a general-purpose technology akin to electricity or the computer, with possibilities far beyond medicine. Early adoption could be a priority for physical professions such as athletes and military personnel, allowing performance beyond normal human limits. For example, cybernetic cells could allow for hyper-oxygenation of the blood, perhaps triggered by a certain movement.

Over time, cybernetic cells could even become a general-purpose technology akin to electricity or the computer, with possibilities far beyond medicine.

Depending on the context, that might be viewed as a positive performance enhancement – or as the next doping scandal. The ramifications could be even bigger as the distinctions we draw between body and technology become ever more blurred. How will we use cybernetic cells to improve – or control – ourselves and others? Will we choose to tailor our own physical and mental development, or limit ourselves medical and therapeutic applications?

The potential to intervene so profoundly in human biology captures the imagination while raising broader questions on the role of these technologies in our communities. Collaboration between scientists and the community will be essential for ethical design and uses consistent with community values and regulatory standards. Public debate - beginning now - is urgently needed on the complex science and societal issues that rise from this mind-blowing future technology. This technology is a tipping point to rank alongside others such as Darwinian evolution or germ theory: our bodies and minds stand at a new frontier.

Dr Catriona Bruce works for the Australian Government, where she heads up the Patent Analytics Hub at IP Australia. A scientist by training, she has also worked at the BBSRC Institute for Animal Health, the John Curtin School of Medical Research at the Australian National University, and at the Office of the Gene Technology Regulator.

This article describes work led by Professor Christine Wells, based at the University of Melbourne. I am also indebted to Associate Professor Megan Munsie, who leads a program on the implications of stem cell research at the University of Melbourne; Dr Benjamin Mitra-Kahn, Chief Economist at IP Australia for supporting the research, and this essay; and to Sam Miller for sharp editing. 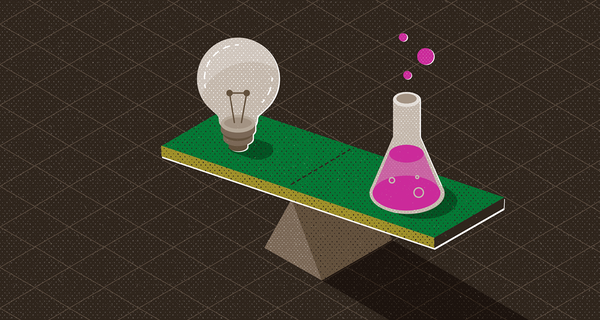 Which technologies will change our lives in the next decade? Which scientific discoveries could have the biggest social impact? Dive into this collection on breakthrough ideas from the Tipping Point Prize finalists.
Feature
28 May 2019 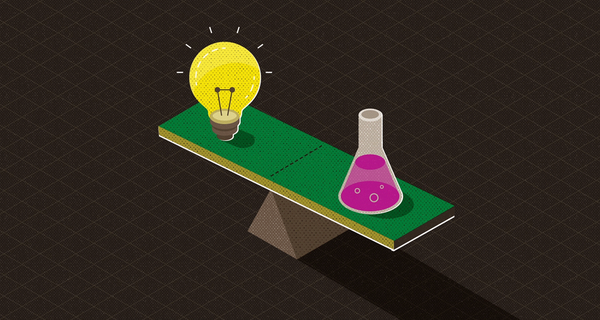 Celia Hannon, Sumit Paul-Choudhury and Holly Jamieson introduce the winning entries to our open call, and explain why we went looking for fresh perspectives on the next generation of breakthroughs.
Blog
28 May 2019