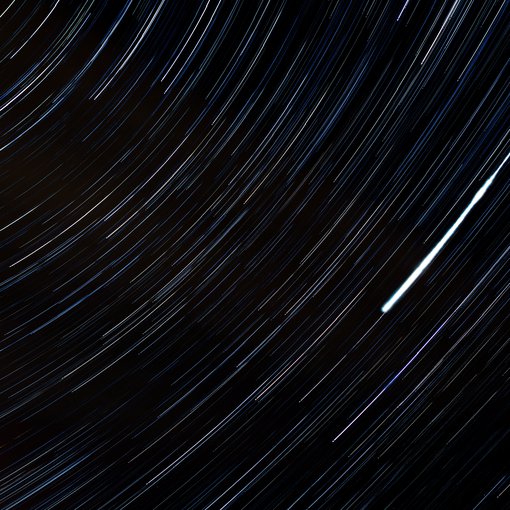 The century is still young, but we’ve already seen a raft of scientific and technological breakthroughs make the leap from the margins to mainstream applications. Genetic engineering has taken huge strides forward with the advent of advanced tools like CRISPR, while smartphones have brought internet access to billions of people around the world. Over the past decade, artificial intelligence has come in from the cold to dominate public debate about the innovations shaping our world - sometimes to the exclusion of all else.

Meanwhile, the hype cycle for new technologies has become increasingly compressed; the blockchain and bitcoin bubble serves as a good example of the speed at which inflated expectations can give way to widespread disillusionment. There’s a real risk that the scramble to find highly ‘investable’, applied digital technologies is causing us to lose sight of the bigger picture.

That’s why Nesta is scanning the horizon for the next generation of technologies and scientific discoveries which could be harnessed for mass public benefit over the coming decade. We’re launching an open call for ideas about the breakthroughs and inventions soon to come of age.

To enter, you’ll simply need to draft a short written pitch articulating how a specific scientific or technological development can be harnessed effectively for the public good. A Nesta panel will pick up to 10 finalists, who will be invited to turn their pitches into articles. The writer of the best piece will secure a £5,000 prize, while the other contributors will each receive £2,000. All of the articles will be published online by Nesta and promoted in the media.

What kind of ideas are we looking for?

The turn of every year is accompanied by a proliferation of listicles picking out the ‘tech trends’ set to dominate the next twelve months. Inevitably, these aim to attract attention from investors, CTOs and other tech companies thinking about their strategy for the coming year. This exercise is different.

Firstly, we’re interested in big ideas which can generate wide public benefit - not just profit. Nesta’s work is organised around tackling big challenges in five priority fields: Health, Education, Creative Economy and Culture, Government Innovation and Innovation Policy. That means we’re particularly focused on how emerging technologies could help to power innovation on challenges we face in these areas.

Secondly, we want to look beyond the next twelve months, to the longer-term. This means we’re open to uncertainty: after all, it’s hard to anticipate when technologies currently in their infancy might hit a tipping point. We’ve set a timeframe of a decade from now for this challenge - soon enough to make reasonable assumptions about how things will play out, but far enough out for large strides forward to be made.

We are particularly interested in ideas that might run counter to received wisdom or which challenge assumptions about how the future will play out. The technology could be simple and cheap, and its success could be predicated on wider changes to the systems in which it is embedded. Here are some examples of approaches you might consider taking:

TRANSFORMATION Every so often, a technology emerges which changes how the whole of society works – electricity, for example, or more recently the internet. Lately, there’s been much discussion of how artificial intelligence or the blockchain might have sweeping effects. So what might the next “general purpose technology” be?

FORCE MULTIPLIER Many significant innovations effect change by modifying how people work. That might be an invention - the electronic computer, for example, made it possible to do mathematics far more quickly than before. Or it might be a way of doing something: open-source programming allowed coders all over the world to collaborate on programs now used by billions of people every day. What new “enabling” technology could help people work far more effectively in future?

MASH-UPS Sometimes it’s the combination of existing or emerging technologies that makes for the most powerful social change. As Tim Harford has observed, the seismic impact of the printing press was made possible only in tandem with the advent of cheap paper. Which technologies, new or old, might come into their own if combined with others? Tell us about an unlikely pairing which could have an outsized impact on the world around us.

NEW SOLUTIONS FOR…? Nesta works on long-term challenges: equipping young people with the skills they need for the future, for example, or improving quality of life for an ageing population. The past decade has seen many championing digital technologies as useful tools for tackling such issues. But are there other, more tangible, technologies we should be developing to make progress on such challenges, or discoveries in parallel fields which could be applied to live social problems?

IN FROM THE COLD Domains of science and certain technologies go in and out of fashion - with some even entering drawn-out ‘winters’ over several decades. Immunotherapy was a backwater of medicine for decades: now it is one of our best ways of treating some cancers. It may be that the pace of discovery stalls, ethical concerns halt research or funding falters. Sometimes, a specific innovation or technology simply lacks a killer ‘use case’ Perhaps the field is simply perceived as an ugly duckling, confined to one of the two ‘troughs’ of Gartner’s hype cycle. Which technologies or scientific ideas are overdue for their moment in the sun?

Whether you adopt one of these approaches, or pursue one of your own, you’ll need to be convincing about why it is compelling over the ten year timeframe we’re looking at. You’ll need to be clear about why it’s of social relevance, with concrete details. And you’ll need to be honest about the downsides of your idea, or the problems it faces in coming to fruition. What action do we need to be taking today in order to direct progress in the most constructive way?

Whatever approach you decide to take, you should make sure that:

How will the open call work?

Initially, we’d like you to describe the essence of your idea in a written pitch of up to 500 words to be submitted by Friday 15th March 2019 to [email protected]. That should include:

Your pitch needs to be clear and readable, but the quality, credibility and originality of the idea is at least as important as the writing. Pitches will be reviewed against the following criteria:

In addition, we’ll ask you to submit a CV or bio. At the beginning of your 500 word pitch, please tell us how you’ve developed your knowledge of the topic in less than 150 words. We may ask for additional information about you or your pitch before selecting the finalists.

The writers of the most persuasive pitches will then be asked to turn them into articles of up to 2,500 words suitable for a general audience by 19th April 2019. Your article will have to introduce your chosen innovation to the reader and explain why it will come of age in the coming decade. A specialist editor will work with you to ensure that your piece is suitable for publication, so please be prepared to undertake at least one round of revision.

Anyone over 18, anywhere in the world can enter - but you do need to convince us that you are knowledgeable about your proposed topic.*

Friday 3 May - Deadline for receipt of final articles

*Nesta staff are not eligible to enter.