The Innovation in Giving Fund supported projects that aimed to get many more people involved in giving time, money, skills and resources to the causes they care about

People giving their time, money, skills and resources plays a crucial role in building communities and tackling some of society’s biggest problems. We have long felt there is a compelling case for innovation to support a greater proportion of the population to take part. The Innovation in Giving Fund, launched in 2011 in partnership with the Office for Civil Society, supported innovators, charities and public services working in this field.

Millions of people in the UK give significant amounts of time and resources to help others. Unfortunately, the number of these people is declining. In the 12 months leading up to the launch of the project, household giving plummeted by 30 per cent. Charities and volunteer groups were working with scarce resources and finding it increasingly hard to attract support and funding.

Despite this, there was a huge amount of creativity and innovation being focused on how to increase giving, driven in part by the imaginative use of digital technologies and the reinvention of ideas of sharing and reciprocity. Giving helps to build communities and lessens the impact of some of society’s biggest problems. People who give also tend to live longer, happier, healthier lives.

Through a £10m fund from the Cabinet Office, Nesta began working on ways to increase the numbers of people who give.

We set out to find and support the most exciting innovators; to help them bring their ideas to life; and to help the most promising ideas and organisations grow their impact and reach many more people. We also aimed to encourage established charities and public services to embrace these new ways of giving.

What this means in practice

Helen was an Executive Director at Nesta and lead our Innovation Lab. The Lab’s mission is to support and scale innovation for the public good; working with partners to run innovation …

Jason managed the Innovation in Giving Fund where he led on catalysing new ideas and collaborations, and building a body of knowledge and learning and help to bring about a wider trans…

Helen worked on the Digital Education Programme. She managed grant awardees for the Digital Makers fund, a programme to encourage and enable young people to create rather than simply c… 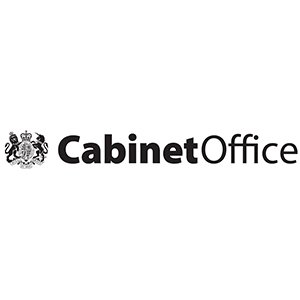 Innovation in Giving
Learn more about the programme