How the UK's approach to innovation policy will need to change to kickstart and rebuild our stalled economy
Wednesday, 01 July 2020
In Innovation policy
3 comments
4 min read

Harry works to develop and advocate for policies to make the UK’s burgeoning innovation economy fairer, more inclusive and more conducive to the public good.

Looking at the challenges confronting the UK over the coming decade, the need for innovation has never seemed so urgent.

In the face of a global pandemic, a heating planet and a rapidly ageing population, it is increasingly hard to summon an optimistic vision of Britain over the coming decade that does not presume either the development and rollout of some new, transformative technology or significant changes to how we structure and organise our collective life. In this context, the government’s recent commitment to raise total research and development spending to 2.4 per cent of GDP, alongside the publication of the R&D Roadmap, represent a welcome acknowledgement of the importance of innovation to the UK’s economic recovery and future resilience.

But while innovation will be vital to any economic revival post-COVID and to attempts to build the UK’s resilience in the face of future disruptions, our current innovation system is poorly configured to support these goals. If we are to harness innovation to kickstart a stalled economy, to rebuild it to be more balanced or to navigate future challenges, our approach to innovation policy will have to change.

How the UK's approach to innovation fails us

On the face of it, the UK’s approach to innovation might appear successful. Our innovation performance is well above the EU average and has increased steadily over the past decade. At the same time, these successes have failed to coincide with broadly-felt prosperity. Despite low unemployment levels, the British economy immediately before the COVID-19 pandemic was characterised by poor, stagnant productivity levels, wages that were lower in real terms than before the 2008 financial crisis and some of the worst levels of regional inequality in the developed world.

The UK’s approach to innovation, with its narrow focus on maximising overall innovative output, is partly responsible for these longstanding economic problems. Insufficient attention to the kind, location and direction of innovation has helped create an economy in which innovative practice – while world-leading in many areas – is concentrated in a small handful of places and sectors, benefiting fewer people than it might otherwise. The past few years have also seen mounting anxiety about the broader ethical consequences of new technologies and a worry amongst the public that the government isn’t doing enough to address them. Recent Nesta research shows us that the public wants to see innovation being used to address big societal challenges like inequality, but don’t believe this is happening at the moment.

COVID-19 stands to make these problems worse, increasing pressures on essential but low productivity sectors such as care, retail and hospitality, threatening to worsen regional inequalities and increasing the temptation to roll out new technologies, without careful consideration of their broader consequences. Efforts to address these issues and to build a more resilient, balanced economy in the wake of the pandemic will depend in part on our ability to spread innovation and its benefits far more widely than has been the case in the past.

Towards a more holistic, active approach to innovation policy

Looking at the UK’s current approach to innovation, there are three areas where changes are most urgently needed.

Firstly, there needs to be more support for innovation and technology adoption in ‘foundational’ sectors like care, retail and hospitality. Innovation and technology adoption are positively correlated with higher productivity and with firms’ adaptability and resilience, both of which are low in the foundational economy. As a consequence, foundational sectors, which employ around 40 per cent of the UK workforce, are often characterised by low pay and have struggled to adapt to the challenges presented by COVID-19. Any credible plan to create a better paid, more productive and more resilient economy post-COVID will need to address the weaknesses of this large section of the economy.

Though foundational sectors tend to be characterised by lower productivity, the sheer number of people they employ means that relatively small productivity improvements could have significant positive effects on median wages. Moreover, as the foundational economy is present in all parts of the country, productivity gains in these parts of the economy would result in more regionally balanced economic growth than equivalent gains in more geographically concentrated sectors. It is also the foundational economy – and in particular the health and social care sectors – that will do the heavy lifting as the UK adapts to the pressures of an ageing population.

Secondly, innovation policy needs to become more place sensitive. Building on recent Nesta work with Richard Jones and Tom Forth, we argue that the longstanding policy of directing innovation funding on the basis of excellence 'wherever it is found’ has in practice reinforced existing regional imbalances. Places with thriving innovation ecosystems continue to be better placed to attract further innovation support. While it has long been claimed that this ‘excellence-led’ approach leads to higher levels of innovation overall, there is little evidence that the benefits of this regionally concentrated innovation trickles down to other places. As well as this, the resulting regional imbalances in innovation performance correspond to broader regional economic imbalances that have contributed to what has been described as a ‘geography of discontent’.

'Innovation policy needs to become place sensitive, and to be actively used as a tool for regional economic development'

To address this issue, innovation policy needs to become place sensitive and be actively used as a tool for regional economic development. To bring this about, we believe a significant proportion of the public R&D budget should be devolved to the UK’s nations, cities and regions. In addition, institutions like UK Research and Innovation (UKRI) should take on new responsibilities for geographical rebalancing.

Finally, our innovation system must become more willing to direct innovation towards addressing specific, large-scale challenges that matter to people — and to proactively address its potential harms. As governments look to technological innovations to help deal with the COVID-19 outbreak (and prepare for future shocks), the need to secure public trust in the management and value of new technologies will become far more important. More than ever, innovation policymakers will have to show how scarce public resources invested in innovation deliver broadly felt benefit, and how innovations rushed into service can be guided and controlled to work in the public interest.

Moves towards a mission-led approach to innovation policy and to more proactive ‘anticipatory’ forms of regulation will be crucial, while more will need to be done to ensure these approaches are designed into the system, rather than be exceptions or examples of best practice.

Innovation will have a huge role to play in recovering and rebuilding, following the COVID-19 pandemic. However, hopes of innovating our way out of crises or using innovation to kick start a wavering economy will be limited, without changes to our approach to innovation policy. Our new report, Innovation After Lockdown sets out some of the biggest changes that need to be made and outlines some practical steps that the Government could take now to move towards an innovation system that works better for the whole economy.

Harry works to develop and advocate for policies to make the UK’s burgeoning innovation economy fairer, more inclusive and more conducive to the public good.

Posted by Vanessa
6 Jul 2020
Thanks for sharing your view. stimulate creativity and train as soon as possible to look at difficulties as opportunities. Allow mistakes and learning by doing (fab lab, makers space), enhance diversity Innovation should also not only focus on technologies. Innovation relies in relationship, management, and so on.
Posted by Peter Totterdill
1 Jul 2020
A fourth priority must be to shift the focus from innovation as the prerogative of scientists and entrepreneurs towards employee-driven innovation. There's a growing body of evidence (especially from elsewhere in Europe) making a strong association between product, service and process innovation on the one hand and workplaces that empower employees on the other. The concept of workplace innovation, describing the practices that enable innovation behvaviours, was created for the European Commission some 20 years ago and has since been adopted by the Scottish Government and its counterparts in several other countries in Europe. The UK Government needs to pay attention.
Posted by Edward Vine
1 Jul 2020
The foundation for innovation has to be laid within the education system, starting as early as possible. Otherwise silo'd mindsets are formed , become part of the wall that stops progress 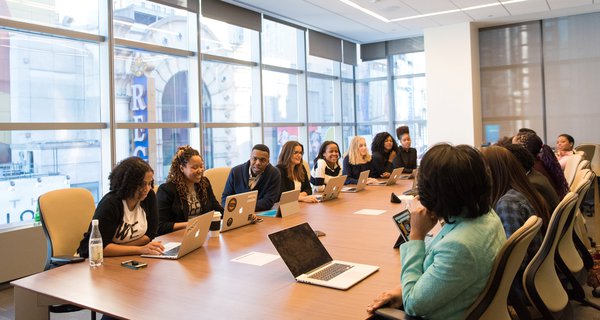 There are stark racial disparities in innovation and exploring the causes should be the first step in beginning to address this widespread problem.

A new report published today shows that a lack of confidence and unclear information prevents workers from seeing career opportunities and has a detrimental effect on their career. 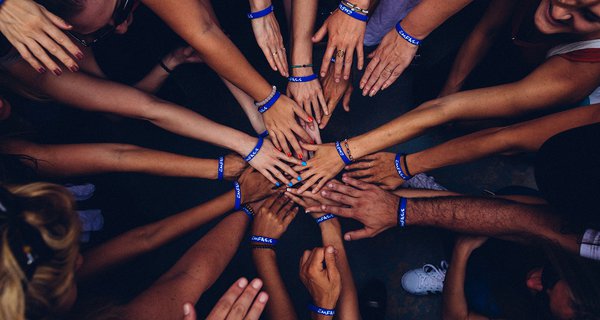 Better Together: How startups and the third sector can collaborate

This report is the first of its kind to describe how third sector organisations and startups can work together for mutual benefit.