Meet the Scottish citizens whose lives are being transformed by new digital health technologies
Monday, 06 January 2020
In Health
4 min read

Alice will be focussing on Digital Health projects, new technologies, and ways we can create and use data to empower people to improve their health and wellbeing.

The Healthier Lives Data Fund is an exciting partnership between the Scottish Government and Nesta. Since April we have been supporting six digital health projects in Scotland that want to make data available and useful to citizens, to help them lead healthier and more independent lives.

Back in September we shared five lessons for co-designing digital health technologies based on the learnings of the fund to date. Today, with three months to go with the fund, we share some stories of individuals who are starting to use the technologies.

Jane, has two severely disabled daughters, Catherine (22) and Sarah (26). She has been trialing NquiringMinds’s CareTeam PA app and helping feed into its design. CareTeam PA is an app and digital platform that enables cared for people and their carers to share information such as appointments, notes and tasks between informal and professional carers. The app also works with sensors installed in the home to give carers and loved ones reassurance. Jane has had movement and temperature sensors placed in her daughters’ bedrooms, on the stairs and at the front door. Jane likes the ability to receive alerts if there is unusual movement, meaning that she and her husband are able to sleep better at night.

Our support is helping NquiringMinds to integrate functionality for professional carers into the app which Jane is finding useful to keep track of appointments, add messages for support staff, as well as record carers’ attendance making payment calculations for self-directed support simpler.

Patricia and Jeff live in a small town near Inverness. Both in their 80s, Jeff started getting forgetful over a year ago but at the time he thought it was just part of normal ageing. It was a shock to both when he received a diagnosis of vascular dementia. He started struggling to sleep at night and his issues with mobility and incontinence increased. Patricia started to find it difficult to cope with the additional responsibilities of being a carer. She also wanted to know about her rights, specifically, attendance allowance and council tax reduction.

Around this time, Patricia and Jeff were introduced to CogniHealth’s CogniCare app, designed to support carers of people with dementia. It’s a one-stop platform for people looking after someone with dementia that uses artificial intelligence (AI) to personalise solutions, enabling early intervention and even preventative care.

Through using CogniCare, Patricia and Jeff joined an activity class and local singing group, which they enjoyed. Being around others who were having similar experiences and staying active was helping them stay well.

“We are creaking along but now due to your help and CogniCare, we have several things in place. We now have a support worker, an occupational therapist and input from a carers organisation. CogniCare helped in finding activities, so we can be part of our community.”

Jim (52) lives in Glasgow with his wife Marie. Jim is a season ticket holder with Rangers FC and attends most home-games with one of his three grown up children. Jim used to be an active sportsman, but over the last ten years his job as a van driver meant a more sedentary life. As a result, he has gained over 20kg in weight. Jim would like to change this, both to make himself feel better and because his friend recently suffered a heart attack.

Jim is one of the user testers for University of Salford’s new Fit Bears app in partnership with Rangers Charity Foundation. The app helps fans keep up to date with Rangers F.C. club news, fixtures and social media. It also includes automatic tracking of walking and running through the phone or a wristband, allowing Rangers fans to compete against each other, win prizes and think more about active, healthy lifestyles.

It’s still early days for Fit Bears, but when the app was rolled out previously with the Salford Red Devils, they saw a huge impact on the health behaviours of users, with the overall winner losing close to three stone. With over 6,000 downloads of the app since its launch in November, the team at University of Salford have high hopes for Fit Bears having a significant impact with Rangers fans.

When Bruce (74) was diagnosed with prostate cancer, he immediately wanted to understand more about what his diagnosis meant and what his next steps should be. Bruce felt overwhelmed by all of the information out there and found it hard to identify what information was trustworthy and relevant.

Fortunately, he was able to get in touch with a family member who had been diagnosed a few years earlier and who was able to support him. Bruce is now an active member of his local support group and is one of the men helpingPx HealthCare codesign their app OWise prostate cancer (OWise PC). The app empowers patients by providing the right information during treatment, improving the patient-doctor interaction. It also uses real-time Patient Reported Outcome (PRO) data such as symptoms and side effects to refine treatment plans in real-time and, hopefully, improve outcomes.

“This product will be invaluable to anyone wanting to track their prostate cancer, right from the time they have their first PSA test result. I have no hesitation in recommending it.”

Despite having severe chronic obstructive pulmonary disease (COPD), Grant looks younger than his 70 years. He rides a motorbike and likes to read and listen to music. He walks as much as he can around where he lives in Edinburgh but needs to stop for breath at least once every minute. Some days are worse than others, and although he tried to keep track of his past symptoms he finds it hard to remember them. Grant has stopped making plans to meet friends as he finds it difficult to predict how he might be feeling or what he could do to prevent an attack.

As part of Pharmatics’ ethnography research for CareAI, Grant is shown an early prototype of the platform that has been designed to support people living with COPD by tracking past symptoms and providing a prediction score for the next day. The app will also provide pulmonary rehabilitation (PR) videos and exercises in the app, tailored to his specific symptoms and his stage of illness, at his fingertips. Grant likes it. He feels he will be more confident meeting friends, or going to cafes further away from home, or doing other things he enjoys. He hopes he will avoid ending up in hospital with severe respiratory problems.

“This is very helpful. If I have bad symptoms and I know they are not going to improve, I would not wait till tomorrow to start my steroids. If I know I’ll end up in the red, I’ll call my GP immediately! I wish I had this app 10 years ago"

The purpose of the Healthier Lives Data Fund was to put the focus back on people. Moving away from the emphasis on tech and instead honing in on the people that the technology is created for; ensuring products are properly co-designed and that in the end, they have a direct impact on citizens in Scotland. These early stories indicate the progress that the organisations have made to achieve these aims and highlight the ways that digital technologies can impact a variety of different people, crossing age-groups, locations and varying health needs.

Alice will be focussing on Digital Health projects, new technologies, and ways we can create and use data to empower people to improve their health and wellbeing. 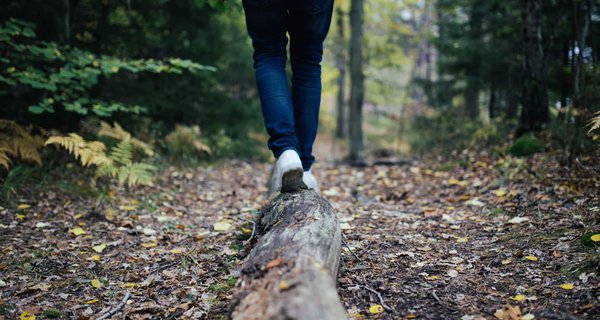 Dialogues about Data: Building trust and unlocking the value of citizens’ health and care data

Bringing together common themes across the existing research, this report sets out two interlinked challenges to building a data-driven health and care system.