Vision for a new society

Vision for a new society

Humans are struggling to clear the next evolutionary hurdle that microorganisms surmounted billions of years ago: to cooperate in leaderless self-organising groups and form multicellular organisms to avert colony collapse driven by competition for survival. Learning from nature, successful decentralised autonomous organisations (DAOs) could function more like living, multicellular organisms. In this essay, they will be referred to as ‘coorganisms’.

These coorganisms will coordinate humanity’s resources, services and consumption streams better than existing structures. Trustworthy delegation of daily roles and responsibilities will happen bottom-up rather than top-down by tracking the reliability of participants over time. Corrupt delegates can be replaced quickly and easily through a democratic process.

The future of work: Non-hierarchical ‘coorganisms’ instead of Corporations 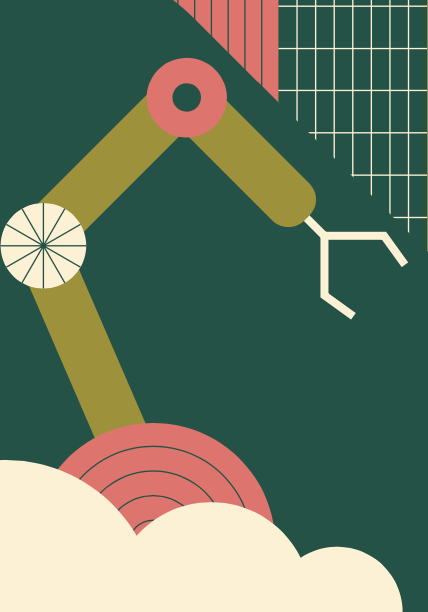 The future of work lies in diverse, participatory, stakeholder-owned and -operated structures, shorter working hours and more hours for developing social intelligence (e.g. sharing, caregiving, creating and learning). Repetitive work will be performed by robots, software and AI. It is therefore crucial that their ownership be held in common so that inequalities are not perpetuated into the future. Individuals will increasingly work from home or virtual offices, connected to coorganisms through digital platforms.

The decoupling of ‘work’ from ‘income’ will be necessary. Societal values will shift, as we collectively move from having to ‘earn our keep’ to each person’s right to be sustained unconditionally via a Universal Basic Income (UBI). The UBI will ease the transition from for-profit models to cooperatively-owned and operated zero-sum game business models. A paradigm shift towards sustainable, improved living standards for all will eventually make the current priority of 'shareholder’s value' redundant.

Decentralised technology can guarantee the global population access to commerce, through their cell phones. This way, the 1.7 billion people around the world who are currently still excluded from the international banking system and commerce can participate equitably in the global economy.

Cryptocurrencies will help to decentralise methods of exchange and trade. Platform members will be able to make payments directly to each other. This will eliminate reliance on banks and debt-based money.

The future of governance: Transparency and accountability

Decentralised, self-organising government is simply an ecology of coorganism platforms that cooperatively facilitate decisions, coordinate activities and collect and distribute moneys to provide services. The goal is to enrich the commons and return power and ownership to the community. Smart process design – for example, using randomly selected deliberation groups rather than elected boards, and automated software safeguards – can continuously decentralise control and guarantee the basic needs of all. The role of experts will be to inform, not to unilaterally decide.

Democratic decision-making requires equal access and a fair and consistent process. Within three years, 7.3 billion people will be mobile phone users and thus able to participate in such a global democratic process. Software will enable weekly deliberation and polling/voting on current political, economic, social and environmental issues at scale.

All communications will be private by default, using end-to-end encryption, to protect citizens from data misuse and government overreach. In the interest of trust and accountability, all money streams will be transparent on request by a sufficient number of coorganism participants. This will be made possible by smart contracts on the blockchain, that cannot be altered.

Urgently needed infrastructure programmes like the Green New Deal can be initiated using self-organizing coorganisms even when corrupted elected officials refuse to act. These coorganisms can form a parallel power base outside of local governments to undertake mutual aid projects on various scales as well as pressure governments into action.

The future of ownership: Rediscovering the commons

The idea of the commons is as old as humanity. Only since the onset of agriculture did humans question the wisdom that nature belongs to all of us, together – and that the fruits of our labour (hunting, gathering, child-rearing, etc.) must be equally shared. We argue that there should be a cap on personal ownership introduced in order to re-establish public ownership of common lands, of natural resources, and to create a trustworthy contract between generations, sexes, creeds, races and species that share this planet.

We currently face several serious global collective action problems. There is a need to:

These global challenges cannot be tackled by local governments or organizations but need global frameworks, legislation and enforcement across jurisdictions, which decentralised blockchain technology can provide.

Decentralised technology and coorganisms could help with these challenges, offering:

A decentralised platform could poll and determine the wishes of populations for increased mobility and help balance labour and other markets. Coorganisms can respond to the global crises of climate change refugees and victims of war or epidemics like COVID-19 by tracking populations and supply levels, and facilitating redistribution of resources and relocation of people as needed. Using a decentralised blockchain and private 'secret contracts’ prevents the manipulation and abuses of data that are prevalent under current centralised schemes. The United Nations High Commissioner for Refugees is already using a blockchain pilot program to track refugees and their necessary supplies in Jordan.

An enforceable, worldwide declaration of human rights could be adopted and ratified directly by the people using a digital, global direct democracy platform. Additionally, nature rights, pressing issues of tax law, business law and copyright law, etc. could be voted on in order to create new global regulations. The will of the people is revealed and can influence existing national governments and the United Nations. If disregarded, this parallel emerging self-government can deny legitimacy to non-responsive representative governments. Political bodies that have been deadlocked, like the UN, where the General Assembly is rendered powerless against the Security Council, will be replaced with more democratic systems that guarantee per capita representation of the world’s populations.

A new, commonly owned platform could enable people to offer person-to-person services that can replace corporations like Uber, Facebook, Airbnb and even banks, which extract value from our ‘Common’s Wealth’ by serving as gatekeepers and intermediaries. Initially, for-profit companies might be necessary to provide some commodity services; for example, credential checks. The eventual vision is to offer a reputation system on the decentralised platform itself that guarantees safe transactions. This empowers bottom-up individual entrepreneurship instead of top-down, capital-controlled corporation-building or monopolies. Content creators and service providers will be more fairly paid, because private platforms no longer control access to audiences. Open-source, decentralised technology can provide the same services directly, better, faster and for a fraction of the cost.

Previous section: Introduction Next section: How do we get from here to there?