How do we get from here to there?

How do we get from here to there?

The authors suggest the development of a safe, open-source, blockchain-based platform, similar to WeChat, that provides comprehensive and extendable communication tools, banking, shopping, voting and organizing for the global population: a transparent, global public utility that is owned and controlled democratically by all of its users.

There are three key commitments we must make to ensure that this coorganism platform can reach its full potential:

Each person’s proof of membership, credentials and reputation must be under their ultimate control, partly in the form of advanced social verifications. It is essential to ensure that each person has one, and only one, verified identity on the system. Neither corporations nor governments will be allowed an identity or voting rights on this platform.

The digital platform must be controlled commonly by all participants. Similar to Wikipedia, it will be created as an open-source system through a participatory process, which evolves as our societies do. Different from other platforms like Bitcoin or Ethereum, the initiators cannot own stakes in the platform and private profit must not be the motive behind building this platform. This platform can never be sold or bought.

The commonly owned blockchain and communication servers cannot be stored in centralised, and therefore vulnerable, locations but must be spread out all over the world. In theory, every citizen could run a ‘micro-server’ on their computer, mobile phone or a cloud server under their control, creating a mesh network. The eventual goal is the common ownership of all hardware (e.g. cables, satellites) needed to operate the platform.

If these commitments are pursued, the membership numbers and impact of the platform will grow quickly. The lack of private ownership will foster a mindset of co-creative participation and stewardship rather than self-interested consumerism. 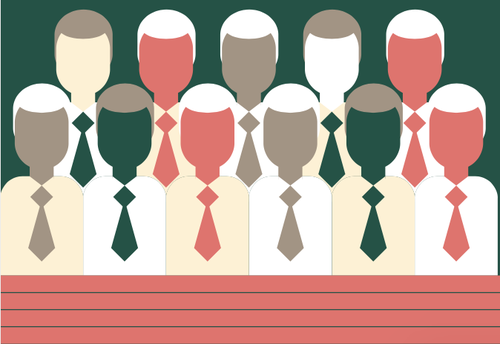 Initially, this platform could be developed as a non-profit alternative to existing social media, chat and collaboration apps like Facebook. While it gathers participants, it could offer ‘opinion polling’ instead of official voting. This way, it could grow a large user base without threatening entrenched political and economic interests. (Large corporations and their captured government representatives will work hard to undermine a direct democracy that is designed to limit their disproportionate influence.)

For that reason, it is important that the platform allows encrypted, safe communication and organizing. Members could use the platform to arrange funding streams to worthwhile endeavours, form unions, organise referendums and general strikes, etc. Attempts to compromise, divide and conquer this platform would be detected within the transparent, open-source system and would be fought against by empowered participants. A sophisticated open-source reputation system would guarantee transparency, help detect bad actors and temporarily block their access to certain participation.

Previous section: Vision for a new society Next section: Conclusion