Kimberley works as the Learning and Development Manager.

Genevieve Pace is Programme Manager for the British Council in London, with a focus on enterprise, Wider Europe and the Middle East North Africa.

The Creative Enterprise Programme (CEP) connects passionate people, helps uncover new opportunities for collaboration, and champions the arts and entrepreneurship around the globe. It works in regions that have unsupported or developing creative economies, whether that is in the education system, lack of funding and/or enabling policies, or even a negative perception of creative people.

During a long-standing partnership between British Council and Nesta, an existing British Council offer was redesigned to become CEP as we now know it. Between November 2016 and February 2020 (when face-to-face workshops were cancelled due to COVID-19), more than 87 workshops had taken place in 25 countries reaching almost 2,000 entrepreneurs. And even now, British Council teams and their associates are continuing to work together in East Africa, Nigeria, Senegal and Ukraine.

Back in 2018, we worked with BOP Consulting to align the global programme under one logic model and evaluation framework. And earlier this year, BOP Consulting assessed the data collection tools and, importantly, the analysed data collected. 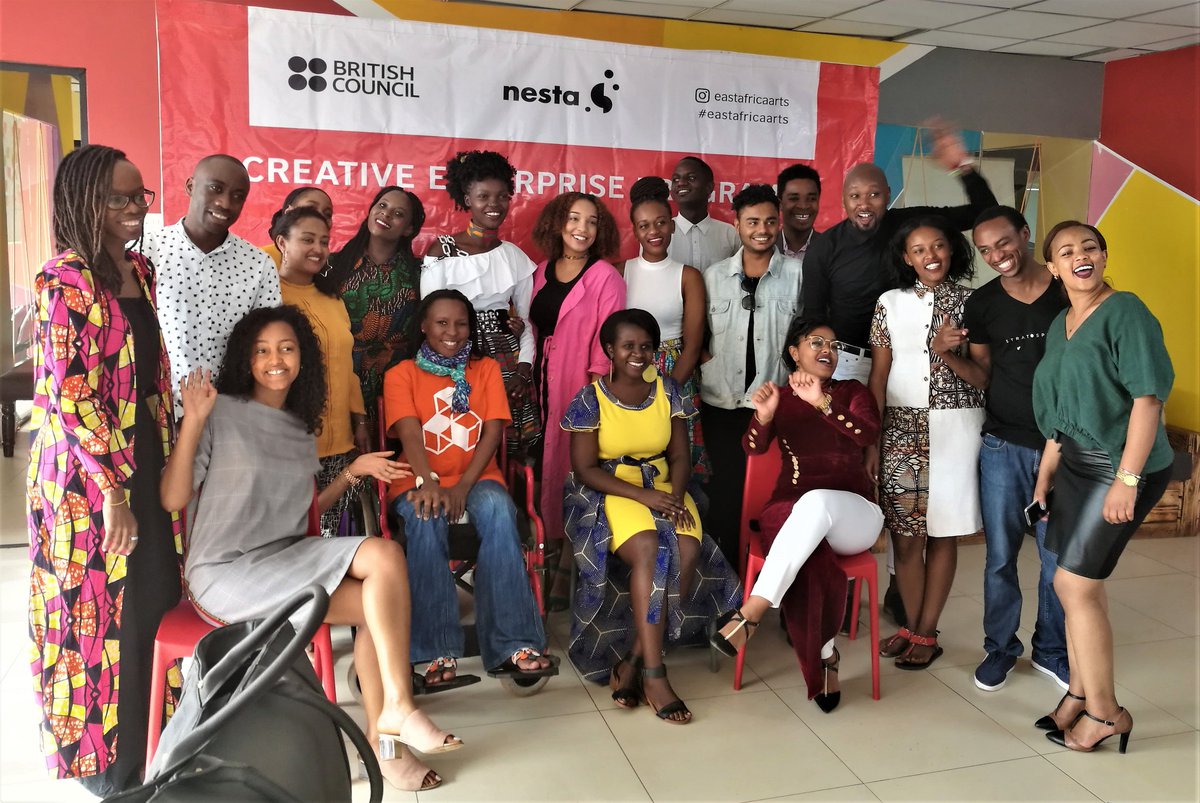 As a direct result of the workshop, 94 per cent of participants gained a better awareness of their customers and 92 per cent felt that they had improved their financial skills.

The ability to recognise potential partnership opportunities increased for 95 per cent of participants, which is a good indication that they will be more proactive in the pursuit and establishment of partnerships. 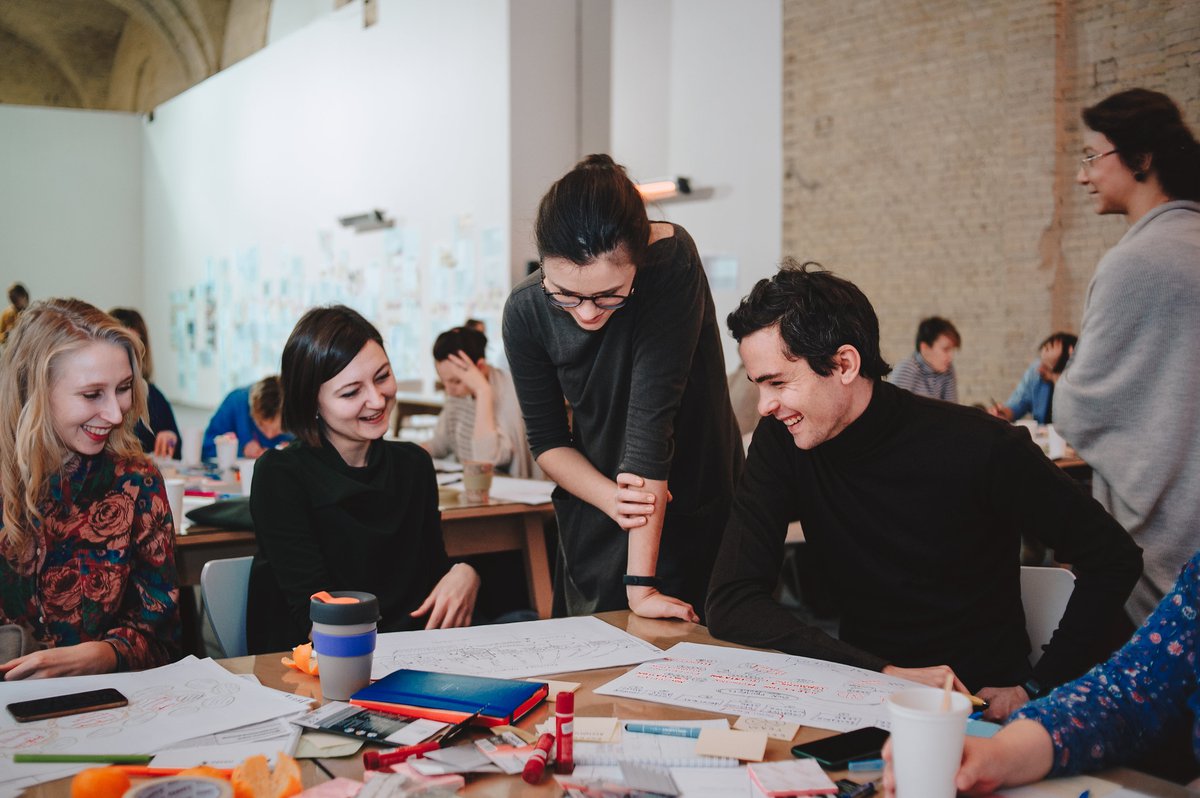 CEP is aimed at people who have recently started their creative business and those who want to test their ideas. It is exciting to see that pre-startup participants reported that they are more likely to launch businesses as a result of the programme, with 78 per cent of them saying they would do so. There is also emerging evidence that CEP is leading to more economic activity for established businesses such as job creation and an increase in yearly turnover.

Over the years we have collected stories from some of the dynamic entrepreneurs that have attended CEP around the world. 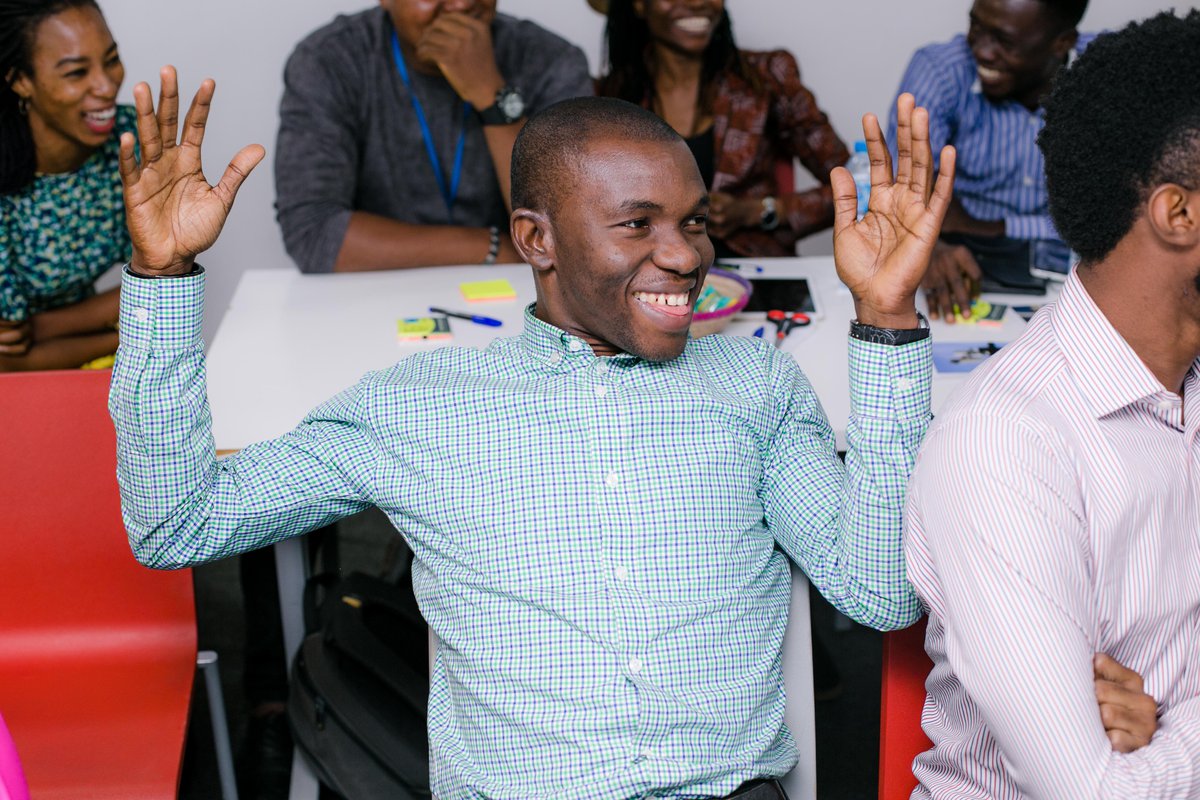 CEP has contributed to a supportive and enduring creative network. British Council and their associates instigate opportunities outside of the workshop like webinars, Whatsapp groups or alumni networking events.

Six months after the workshop, 80 per cent of participants had stayed in contact with fellow alumni, dropping to 72 per cent at 12 months. Emerging evidence suggests that participants who collaborate with one another sustain these relationships too.

One example is Meaza Hadera of African Creative Minds ACM in Ethiopia. She participated in CEP in Uganda in August 2019 with creatives from across East Africa. Following this workshop and subsequent interactions, Meaza invited six of her fellow CEP participants onto ACM’s managerial and advisory boards. At that same workshop, she met Siân Prime (UK associate and from the Institute for Creative and Cultural Entrepreneurship at Goldsmiths, University of London) and recently they discussed gender equality and female leadership in the creative industries.

“I initially applied to be a Creative Enterprise Programme workshop associate as I thought it was not only a great opportunity for me to learn and extend my reach but also impact the wider creative industry by training and mentoring young creatives.”

We worked closely with the British Council teams in country to recruit their own associates to facilitate workshops. These associates contextualise CEP, connect with participants through shared culture and language, and design activities for alumni.

Since April 2018, 24* CEP associates have been contracted around the world. The associates are recruited because of their leadership and experience in their local creative economy, however evidence shows that CEP is contributing to their profile too. As a result of being affiliated with CEP, all associates report to have made useful contacts; over 60 per cent have been introduced or recommended to others by British Council; and half have received new opportunities due to the skills or networks they have gained. 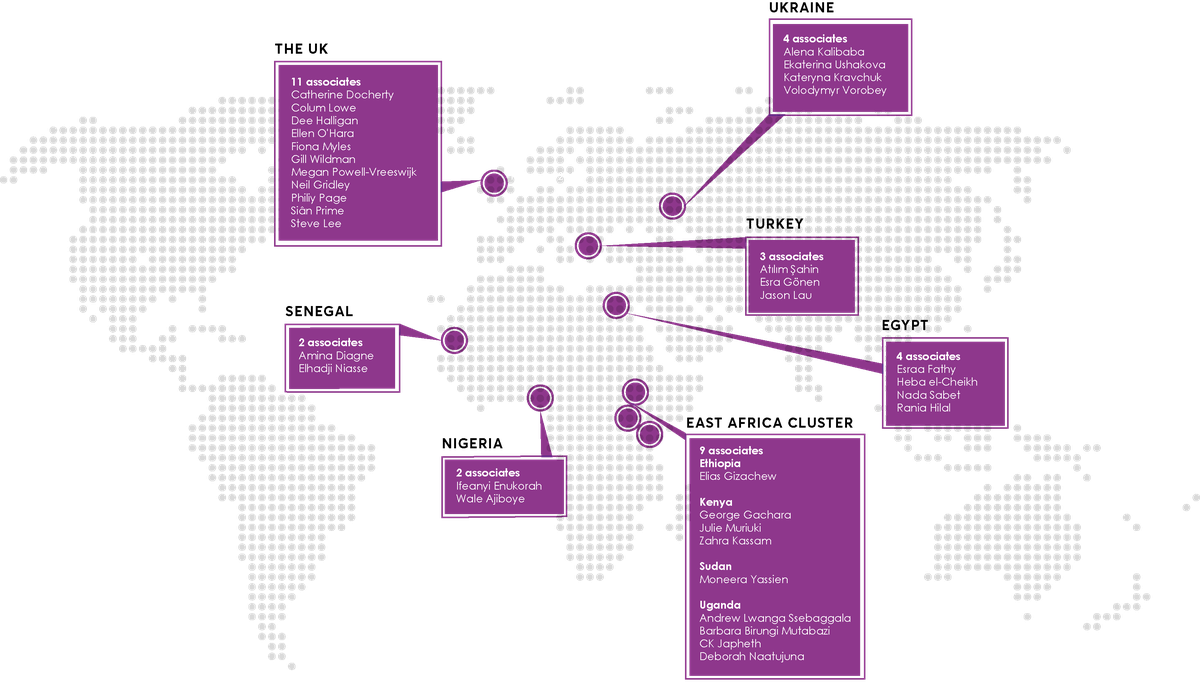 Local partners play a pivotal role in the longevity of the programme, with most partnerships being established with business support organisations, creative hubs and arts organisations - and even with local government. Arts managers and associates say this is evidence of CEP’s impact in influencing the development of the creative economy locally and regionally. Examples include PwC in Ukraine, Orange Sonatel in Senegal and the Ministry of Social Solidarity in Egypt.

“The Creative Enterprise Programme sets out a pathway towards building a sustainable creative industry in our country.”

Our formal partnership has drawn to a close, but the intention was always to design and support CEP in such a way for the teams in country to own it. We’re proud to have reached that moment.

Unfortunately, workshops have been cancelled due to COVID-19. But teams are continuing the CEP work whether that is engaging alumni with online networking or learning events and adapting content to reach new entrepreneurs. British Council Ukraine and East Africa have recently tested online formats and are exploring the new opportunities this could bring.

We are excited that CEP is having a positive effect on participants and associates. Whilst admittedly, it can be difficult to attribute long-term impact directly to a three-day workshop, with our effort to design alumni activities and build the community, emerging evidence from BOP Consulting shows that our work is generating wider influence on local creative ecosystems.

“We have been running CEP in Ukraine for five years with more than 20 local partner organisations and hubs. CEP was the first capacity-building programme in the country to bring people from different creative sectors together and enabled them to realise themselves as part of a bigger story. More than 100 of our alumni have received post-workshop support, including mentoring, strategy sessions, consultancies and seed-funding. One of our biggest accomplishments is that a large majority of participants apply due to word of mouth – CEP is seen as the 'must go to training for creatives'.”

“We started the programme in Senegal in 2018, recruiting and training associates, who went on to adapt the content and deliver it to almost 300 creative entrepreneurs across the country. We saw alumni become programme partners within a years’ time – this level of short term impact is unmatched.

This feeling of growing, of achievement and of sustainability that I have with this amazing programme, is my biggest accomplishment in my position to date.” 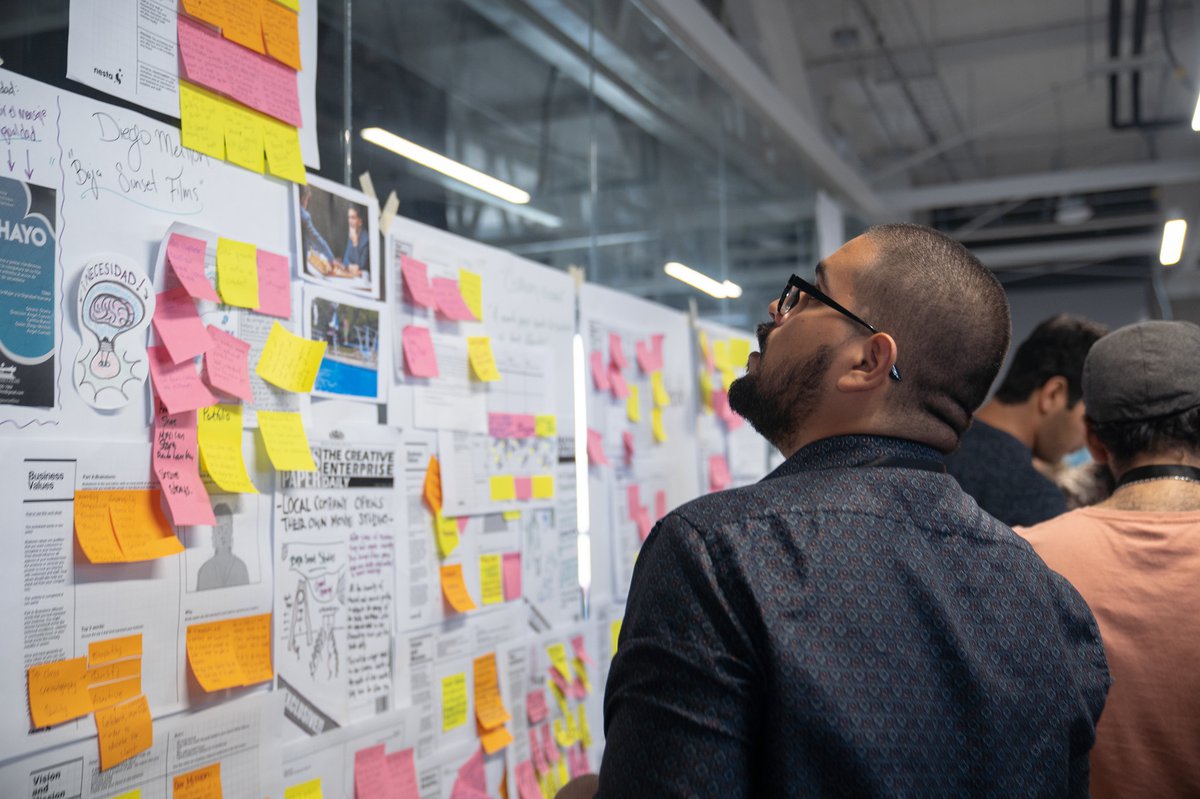 * plus 11 UK-based associates that help with induction but are not included in the data; and plus seven people in Colombia and Mexico who went through the recruitment process but unfortunately, as COVID-19 cancelled workshops, were not inducted.

Kimberley works as the Learning and Development Manager.

Genevieve Pace is Programme Manager for the British Council in London, with a focus on enterprise, Wider Europe and the Middle East North Africa. 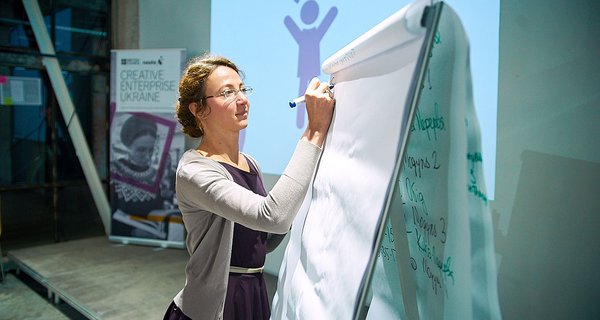 The value of local context for creative businesses

Drawing on local expertise to contextualise the Creative Enterprise Programme in different countries in a more meaningful way.
Blog
07 January 2019 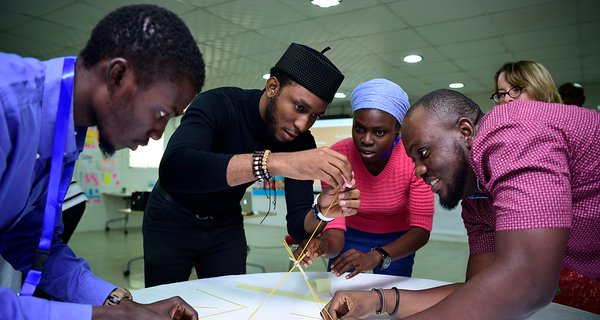 Backing the global business of creativity

With the Creative Enterprise Programme, Nesta and the British Council are supporting the creative economies emerging around the world and the creative entrepreneurs within them.
Blog
23 May 2018