In this episode we introduce you to a swarm of robots - but is this just the stuff of science fiction? What are the applications or the ramifications of new tiny mechanical bees? And how will society adjust?

Listen to the episode now

“I think we need to get better at imagining the future, and imagining possible futures; the ways that things might be different. And which of those futures we would want. Because technology has always made us think more about who we are, and what we do, and what we want. And we need to think about it in more ways than we are at the moment."

Subscribe on: Apple Podcasts | Castbox | Libsyn | Overcast | Soundcloud | Spotify | Stitcher or wherever you get your podcasts. 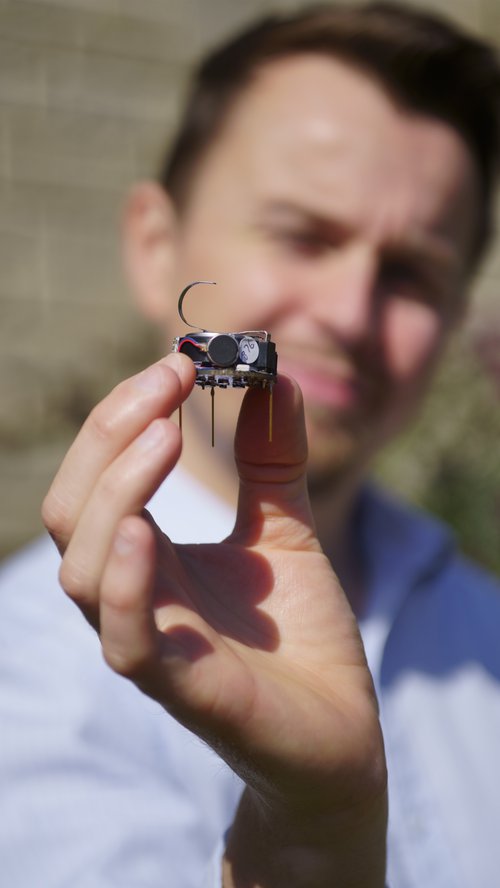 This episode is about the technologies that we may well see in the 2020s, such as swarm robotics. We look at the uses but also the responsibilities that need to accompany such technological and scientific shifts.

Dr Edmund Hunt talks to Nesta’s Bea Karol Burks about his work in swarm robotics. Science and tech writer, speaker and thinker Sumit Paul-Choudhury joins Bea and presenter Tiernan Douieb to discuss tomorrow’s innovations and the consequences and considerations they may hold for society.

From swarms of robots to swarms of cells, you will also hear a snippet from broadcaster and writer Philip Ball talking about turning his own skin cells into neurons and how they organised themselves in to ‘mini brains’.

Useful links featured in this episode:

Get in touch with Future Curious by email at [email protected]