Smart enough? How smart cities are (and are not) evolving

Smart enough? How smart cities are (and are not) evolving

Across the world ‘smart cities’ have become increasingly interested in the role that citizens and citizen data can play in making the city ‘smarter’. 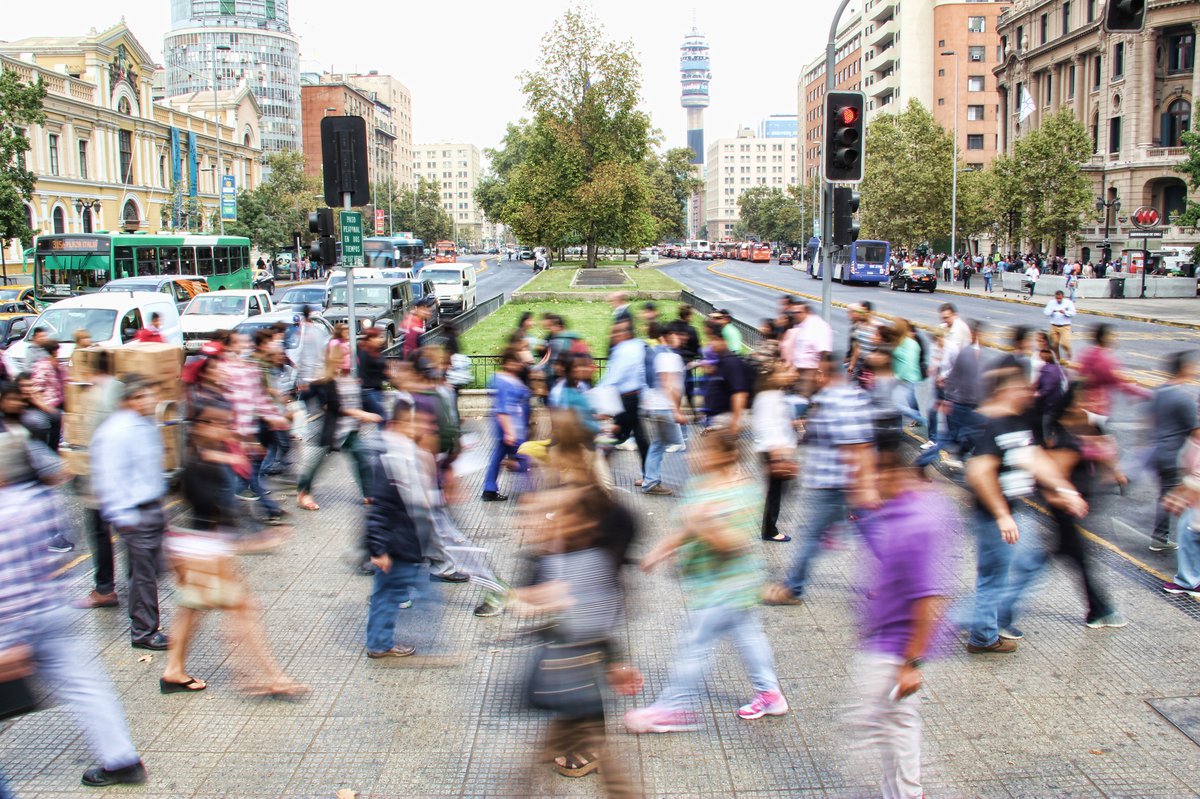 This enables cities to mobilise the wider collective intelligence of the city, combining insights from citizens with data and knowledge from public institutions, to enable new or more efficient approaches to city challenges.

At one end of the spectrum this has materialised in a number of highly centralised and top-down AI-powered surveillance systems such as the City Brain, which was first rolled out in Hangzhou China, and the now closed Toronto SideWalk Labs. At the other end of the spectrum, projects such as omastadi.hel.fi (Helsinki), Decide Madrid and My Ideal City (Bogota) have illustrated how to do bottom-up participatory budgeting processes at scale.

Looking beyond the tools and services in the smart city, some cities have also begun to take a clearer stance on the values that should underpin the city and its use of data. With its focus on citizen rights, Barcelona has blazed a trail in how smart cities can develop smarter and better governance processes, by placing ethics, open and responsible innovation, and privacy rights at the core of its approach to technology. In doing so, the city has set its sights on re-defining the world’s standards in ethical, open, and responsible innovation, moving towards technological sovereignty.

What is collective intelligence and what does it look like for smart cities?

At its simplest, collective intelligence(CI) can be understood as the enhanced capacity that is created when people work together, often with the help of technology, to mobilise a wider range of information, ideas and insights. It covers a wide range of participatory methods, including crowdsourcing, open innovation, prediction markets, citizen science and deliberative democracy - all of which have the potential to make cities more intelligent and responsive.

Barcelona and Paris offer a good illustration of how cities can enable better decision-making by opening up budget and policy decisions to citizen participation. Barcelona is running a large-scale participatory experiment powered by a digital participatory platform, Decidim, that taps into the collective intelligence of citizens to create policies and make new proposals that better respond to their needs.

The city recently used the platform to involve citizens in defining and contributing to its Municipal Action Programme 2020-2023 – a strategic plan for the city that covers its commitments on issues ranging from addressing the climate emergency to reducing inequalities and the overall quality of life for Barcelona’s residents. In Paris, the city has taken bold steps to shift budgeting decisions to citizens, moving 5 per cent of the city’s budget (around €100 million a year) to a participatory budgeting platform, letting citizens pitch and vote for each other's ideas for how to spend the city budget (this BBC podcast goes into more detail on the pros and cons of the initiative).

Smart cities are by definition ‘data hungry’. Combining more traditional forms of data with citizen-generated data can help create a more detailed picture of problems in the city and their potential solution. This is happening in Jakarta, a city that is particularly vulnerable to flooding; an issue which causes traffic disruption, school closures and affects the daily life of citizens. By combining Twitter data (through the use of a Twitter API that scrapes Tweets that use #banjeri (floods) with official government data, Peta Bencana creates real-time flood maps from citizen-generated reports. This enables Jakarta’s residents and first responders to make informed decisions about how to navigate around the city during emergency events.

Beyond data and money, digital tools can also help better mobilise people’s collective resources and skills in new ways to solve common public problems. In London, the success of integrating GoodSAM into the London Ambulance Service offers a clear illustration of how ambulance trusts can make better use of collaborative technologies to ensure that those in need are connected with those who have the skills to provide critical help in the minutes before an ambulance arrives.

Just one month after it was launched, GoodSAM’s Instant-on-Scene platform – which enables medics to check on patients virtually before they physically arrive ‘on-scene’ – had been used 67 times. As a result, it has greatly improved patient outcomes by helping paramedics get to patients quicker and, if needed, give life-saving clinical advice via the app.

In these projects technology is integrated into the fabric of the city to improve efficiency in services including construction, energy, traffic management and telecommunications. While not without merit, they have given many cause for alarm over their erosion of personal privacy, and in certain contexts, have given rise to community backlash around top-down processes, and questions surrounding the lack of transparency, public engagement, accountability, and public stewardship. 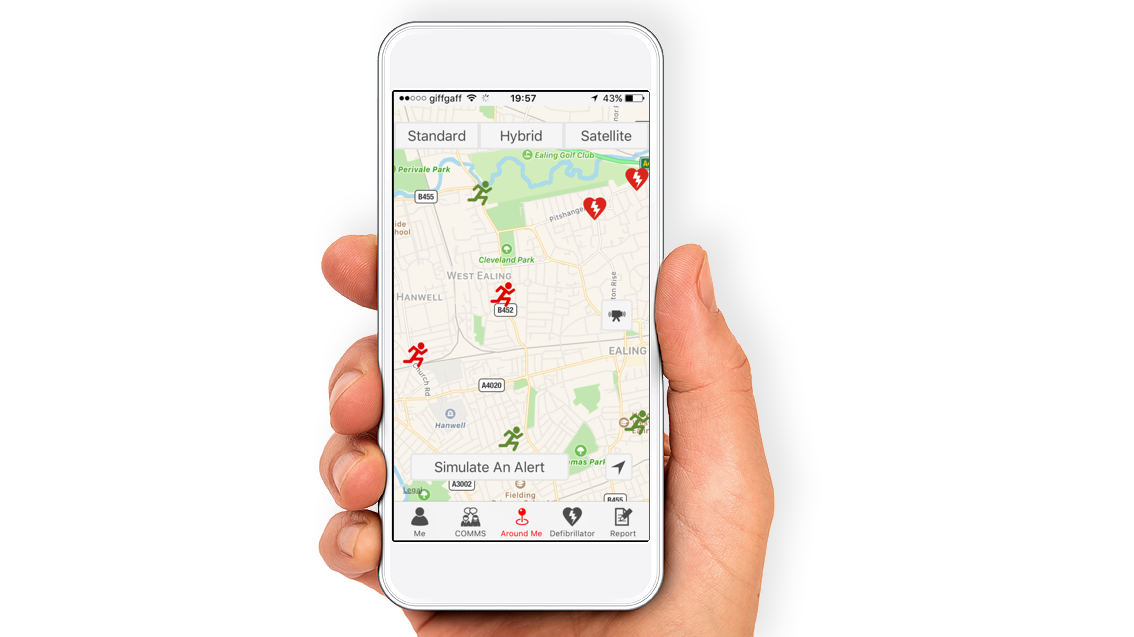 Since we explored this area in 2015, there have been major advances in tools and methods for better citizen engagement that use digital platforms, technology and data in new ways. Most prominently, recent innovations in using artificial intelligence to enhance collective intelligence is demonstrating new ways to enhance the breadth and depth of collaboration between people to solve social problems through the use of technology.

However, in spite of these advances many smart cities still struggle with making the most of the opportunities in using technology to involve and empower citizens.

Three trends in the direction of smart cities

Below we summarise our key lessons from a rapid review of research and our analysis of the main trends in the evolution of smart cities; the areas where they are still going wrong and the opportunity for better use of collective intelligence.

An increasing number of cities are shifting their focus from narrow, albeit important, challenges such as public safety and transport to a broader set of challenges, such as achieving environmental impact or supporting the needs of an ageing population.

Cities such as Barcelona, Amsterdam and Dublin are all examples of cities moving from seeing technology as a starting point towards using it as a means to achieve real positive social outcomes.

As smart city initiatives engage more directly with urban issues that matter to citizens, we are seeing new areas of potential impact opening up. Some key areas in which smart cities are making progress include helping to:

While many of these examples are still grounded in more traditional top-down approaches, the shift towards tackling real issues affecting residents and communities opens up the opportunity for better collaboration and engagement between citizens and city officials via smart city platforms around important societal issues.

As the smart city field matures, new trends are emerging in the kinds of engagement methods that are used. We’re seeing a shift away from utopian greenfield city plans (i.e. city plans that propose entirely new city developments without input from citizens). Meanwhile, an encouraging trend is emerging around smart cities applications and platforms that enable citizens to play a bigger role in policy-making, planning and budgeting.

Below we outline some of the key trends we have observed in how smart cities are using more collaborative technologies:

Undoubtedly, the smart cities field has matured and evolved in recent years. As illustrated above many cities are increasingly focusing on social challenges and broadening methods to include different models for citizen participation. However there continues to be critique in how many initiatives are designed and implemented.

Top-down, technocratic governance approaches mean several smart city initiatives still continue to overlook the role of citizens, adopting a ‘technology push’ approach (that prioritises technology and data over people and purpose). Failing to engage or involve citizens, can mean these top-down smart city initiatives fail to reap many of the benefits associated with collective intelligence-led approaches which involve people in generating information and open up information for them to use. Top-down smart cities run the risk of being technocratic, disempowering, and anti-democratic for their residents.

While smart technology has the potential to widen access to city services and facilitate inclusive economic growth, smart city strategies tend to create benefits for the ‘average urban resident’, focus too much on high-income urban areas and risk not sharing their benefits broadly enough. Historically-marginalised communities, such as low-income, elderly, immigrants, and disabled residents, or ethnic minorities, are at particular risk from being shut out from smart city projects.

There is often a lack of clarity about data ownership, who gets to commercially benefit from any data gathered and how to balance the privacy of citizens against the need for granular data on activity in the city to inform decision-making. This is particularly the case in cities developed through public-private partnerships and is perhaps best illustrated by the ill-fated Google Sidewalk Labs partnership with the city of Toronto in Canada. In contrast to this, we are seeing digital rights activists give increased attention to the nature of citizenship in the smart cities discourse with calls for a strengthening of digital rights (informed by a ‘privacy-by-design’ approach) and a shift to a model where data is a common good, co-owned by all citizens.

What all of these examples highlight is the opportunity to use the billions invested in smart cities to tackle urban problems that really matter to citizens. To do this we need to find the right balance between the need for cutting-edge technology and data-driven decision-making on the one hand, and the need to uphold and protect citizens’ rights, needs, privacy and active participation on the other.