COVID-19 and automation will deliver a blow to many jobs. Data can help workers adjust.

'I can’t believe how much has changed. Friends can’t help you as much as they used to be able to.'

We were speaking to Dave (not his real name), a steelworker in Newport, southeast Wales, trying to understand how people make decisions about their careers in a job market that’s on the verge of dramatic change. As the economy reels from the shock of COVID-19 and automation continues to change the types of skills that employers want, workers like Dave face a precarious future.

It is not easy to adapt to this uncertain new world of work. Workers struggle to find appropriate roles, lack the information they need to choose opportunities that provide stability and progression, and suffer crises of confidence that prevent them from pursuing their aspirations.

These difficulties don’t just put individuals at risk of hard times. They also threaten the UK’s ability to recover from the impact of the pandemic, as unemployment and skills mismatches at scale dampen productivity, suppress wages and make it difficult for employers to find the staff they need.

To prevent a skills-based slump, workers need to be able to navigate the changing job market and find work that makes use of their experience and abilities. Innovative approaches that use data and collective intelligence to make a real-time map of the job market present a new opportunity to improve workers’ lives, and help the UK economy to rebound.

What’s happening in Newport provides lessons for the whole UK

Like towns and cities across the UK, Newport’s economy has transformed over the last 50 years. The city’s steel industry once employed thousands, but its days are now numbered. In January 2020, just as our research began, Liberty Steel Group announced that it would cut 72 jobs in one of Newport’s last steelworks all at once. And in July of the same year, the 122-year-old Orb Steelworks closed with the loss of a further 380 jobs.

The decline in manufacturing jobs has been eased by the expansion of other industries. Newport, for example, received a wave of new investments to help regenerate the local area in the early 2000s. This brought in hotels and shopping centres which provided 49,000 jobs in 2018 and contributed to a low unemployment rate of just 3.6 per cent, prior to the outbreak of COVID-19.

But the job market is now set for another shakeup. In 2018, researchers at the Centre For Cities built on Nesta analysis to work out how many jobs in cities across Great Britain were at risk as a result of automation. They estimated that one in five jobs are in occupations that are very likely to shrink by 2030. In Newport, they found that the proportion of jobs at risk was even higher at 23.4 per cent. Workers in these roles need to be prepared to learn new skills and find new opportunities.

We followed 18 Newport residents from February to March 2020 to find out what they need to make good career decisions in a changing job market. It quickly became clear to us that the research participants found the process of ‘career navigation’ to be costly, risky and demoralising. Workers struggled to identify appropriate roles, sent out dozens of applications but received few responses and used their precious time to respond to job advertisements, only to find that the hours that they were needed were incompatible with existing commitments such as childcare. At the centre of these frustrations was poor information about the job market. The workers we spoke to described how it was difficult to learn about, find and filter opportunities based on criteria that were important to them. Knowing about salaries was crucial but, for many, information about factors such as location, hours, contract type and opportunities for progression were vital to help them decide whether to apply for a job. However, this basic information was often missing from job advertisements.

'It’s hard to apply for jobs that I want to do or should be doing. [I’m] stressed and anxious… it’s difficult to change jobs and find other opportunities.'

The workers’ difficulties in choosing between jobs were compounded by a lack of confidence in their own abilities. They struggled to identify the skills that they had and to see how these could be applied to new occupations. This prevented them from exploring a wider range of jobs and often led them to search for opportunities that had no skill requirements, rather than considering how new skills could help them find good work. This finding echoed worrying research done by Indeed.com in 2019, which found that British Steel employees facing redundancy in Scunthorpe were more likely to look at jobs that required no new skills in spite of the fact that they offered low salaries.

In the UK, people find it too difficult to source jobs that make use of their skills and allow them to progress in their careers. In a recent study, researchers found that 40 per cent of UK workers were in roles that are poorly matched to their skills. As people are displaced from their jobs by COVID-19 and automation, this number is only set to rise.

'It would be great if there were a system where you could enter the skills you have and it could pop out the kind of jobs that you’d be good at – not necessarily what jobs are available, but things you might suit.'

When workers struggle to navigate the job market, they make poor choices about the roles they take. They are more likely to choose precarious work that can trap them in low pay for years. They suffer, and the economy falters. In the aftermath of the financial crisis, poor matching between workers and roles resulted in years-long damage to productivity, high staff turnover and wage suppression. A similar outcome following the pandemic would leave the country’s economy in a deep rut.

To prevent this, workers urgently need a real-time map of the changing labour market. Generated through collective intelligence methods, this tool would draw on a wide range of data – from official statistics to live job advertisements – to provide accurate, up-to-date information about the changing landscape of jobs and demand for skills. Already, researchers at the University of Edinburgh have found that this type of data can help unemployed jobseekers to find work more efficiently.  Nesta's Mapping Career Causeways project is exploring how new approaches to analysing occupations can help match workers to jobs, while the CareerTech Challenge is accelerating the development of data-driven careers guidance.

Our new report, Finding Opportunities in Uncertainty, sets out a checklist for the provision of information and support that can help workers like Dave adapt to a changing labour market. This includes showing workers what return on investment they can expect from training, and presenting them with a clear rationale for recommending certain jobs. It’s now up to education providers, employers, job search sites and government to gather the data that can enable this type of information to be provided, and give people the direction they need to apply their skills effectively. 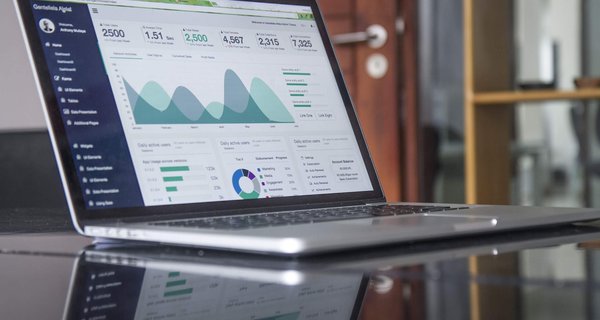 Our aim is to inform the development of more intelligent, data-driven services and policies that reduce unemployment and a mismatch of skills.

How do we motivate workers who lack confidence, don’t have time, money or support to do training to stay relevant and employed?