Lynsey Smith is Programme Manager for the British Council in London, with a focus on Creative Hubs, Sub-Saharan Africa and EU/Europe.

In an ever-changing global landscape, hubs are integral to the sustainability and growth of the creative economy. Lynsey Smith of the British Council and lead of their creative hubs workstream, which includes Creative Hubs Academy with Nesta and Hivos, explains. 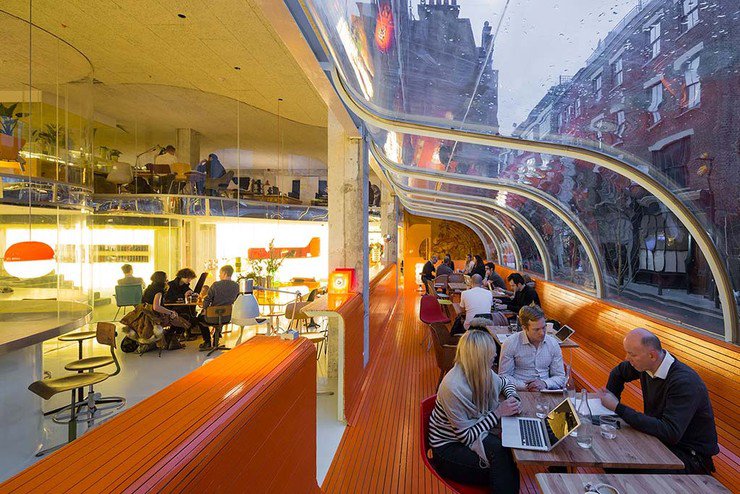 What do we mean by ‘creative hubs’?

This has become a nebulous term over the years, but our interpretation of a creative hub is ‘a physical or virtual place that brings enterprising people together who work in the creative and cultural industries’. There is estimated to be 1.2m people working from creative hubs globally. These people are generally micro-SMEs and freelancers, who now represent 85% of global employment and 3.3m people in the UK (2015).

Creative hubs are made up of many shapes and sizes: from buildings that house creative practitioners and businesses, to temporary labs and incubation spaces which ignite innovations, to online networks that bring people together through an annual programme of events. While some spaces specialise in a specific sector (e.g. design hub), others welcome a wide range of disciplines together, and can be as small as a handful of people or as large as a 3,000 strong tribe.

Every creative hub is as unique as a fingerprint, as its model is determined by its geographic placement, cultural context, community requirements and funding.

“Creative hubs have ultimately become nests for freelancers and micro-SMEs to gather,”

Hubs are people-focused and are facilitated by trusted individuals – referred to as 'hub managers' or 'hub leaders' – who are well connected in the sector and broker, maintain and curate relationships among their community. 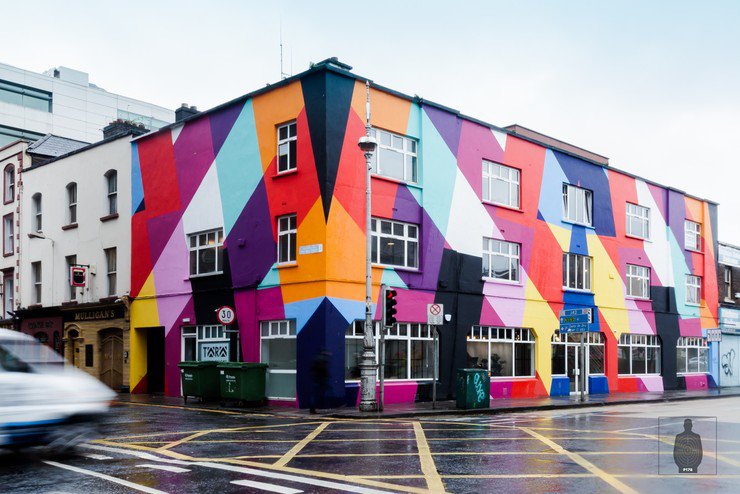 More than just a home for creatives

Creative hubs have been around for the last century, but it's within the last ten years that they have truly become a fast growing ecosystem across the globe. Beginning with disused space from a post-industrial society, hubs are housed in structures that were previously factories, ammunition manufacturers, whisky bonds, shipping containers and office buildings. And while the physical world of hubs has expanded, so has the digital world, with many virtual hubs on the rise.

Many hubs provide a wide range of services: business start-up and development support in the shape of workshops and mentoring, prototyping and fabrication space, networking and events, and research and development. They also have an impact on their external environment, regenerating urban and rural areas or acting as lighthouses for invisible communities.

Being part of a hub makes micro-SMEs and freelancers feel part of a larger picture, without it necessarily meaning that they have to be part of an organisation. Micro-SMEs and freelancers, who would normally work from home, are able to connect, collaborate and share with other like-minded people. Being part of a community increases confidence, experimentation, collaboration and growth. Together, they can pitch for work, access resources and tools, inspire one another, and attract investment as a collective of disciplines. 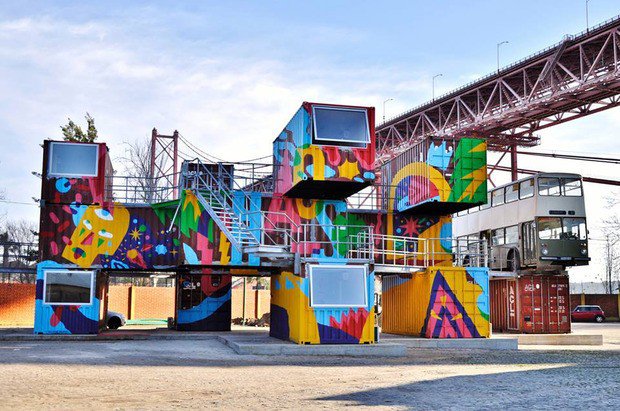 Hubs can be more than a home for creatives: they can also be a voice for the sector or political landscape. Creative Dundee helped gather thousands of people's opinions about what it would mean to become the UK City of Culture in 2017 via their WeDundee campaign, which fed directly into the bid. In 2011, Cogite, a creative hub in Tunisia, was set up after the revolution to bring social entrepreneurs together in one place, in order to help design the country's transformation.

In Sub-Saharan Africa, general office spaces are very costly, whereby tenants are required to provide anything up to a years' rent as deposit. The emergence of creative hubs across the continent are starting to bypass this. The hub manager takes on the relationship with the landlord, while the creatives are able to sign up to risk-free, affordable desk space that doesn’t require significant deposit. Creative hubs are playing a major role in the growth of the creative economy here, ensuring that creative minds are not stagnated by horrific costs. 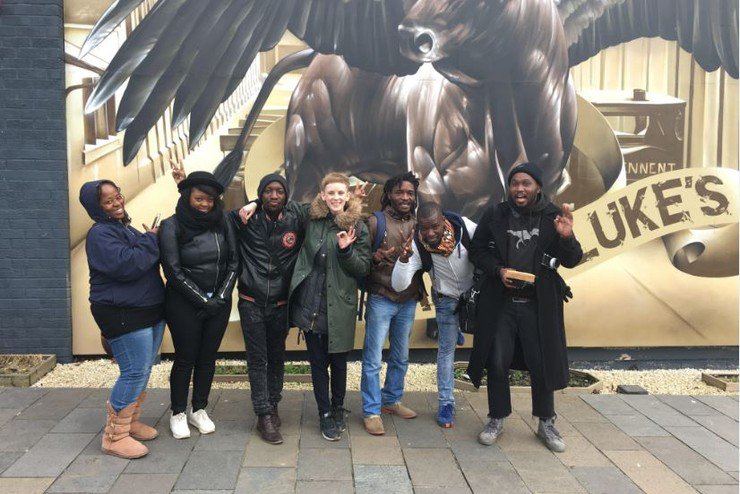 How the British Council works with hubs

The British Council Creative Economy team have worked with over 800 creative hubs globally since 2014. We see hubs as playing an integral role in the growth of the creative economy, gathering and representing creative communities. Hubs have featured greatly in our programming: as partners, collaborators, producers and researchers.

If one hub manager represents a community of 200 creatives, then think of the audience you have access to when you have a conversation with just five hub managers. We see hub managers as gateways and connectors, between public and private, grass roots and policy. We also see them as leaders.

The British Council has worked with hubs like The FuseBox, The Whisky Bond and The Trampery to curate creative hub exchanges between the UK and Southern Africa. And we have interviewed a number of UK hubs: The Trampery in London, Creative Dundee, Roco in Sheffield, The Whisky Bond in Glasgow, CodeBase in Edinburgh, Makerversity in London, Chapter Arts Centre in Cardiff, Blick Studios in Belfast and Eighty81 in Derry-Londonderry.

How the British Council works with partners

The British Council has worked with the European Commission on our £1m European Creative Hubs Network; Indigo Trust to support civic tech projects through creative hubs in Uganda and Ghana; Open° for our Creative Hub-Making forum in Vietnam; ATOLYE for our Building Creative Communities event in Turkey – and Hivos and Nesta to develop a global creative hubs learning programme. 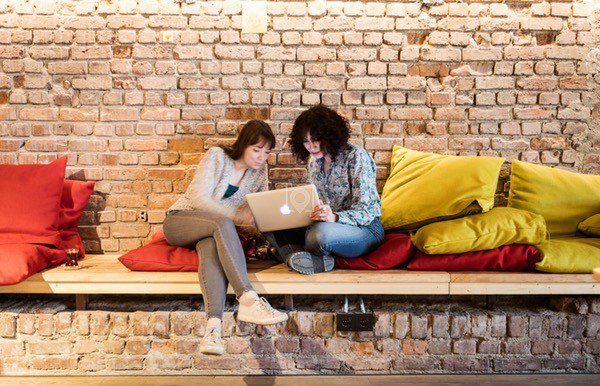 The British Council Creative Economy team has also worked with policymakers and researchers to help map and understand this sector, while also creating free resources for emerging or established creative hubs. We have mapped and surveyed creative hubs in Indonesia, Vietnam, Malaysia, Europe and Southern Africa. And we commissioned research into the definition, value and impact of creative hubs 'Creative Hubs: Understanding the New Economy'.

We have developed a free toolkit, by hubs for emerging hubs, in the shape of the Creative HubKit, which has now been translated into numerous languages and utilised globally.

The future of hubs

Hubs operate in different ways to institutions of the past. Their uniqueness, their newness and their nimble nature, which act as their strengths also act as their biggest challenges, as many people find them hard to define and grasp. However, they play a crucial role in the future of the creative economy – boosting economic value, incubating product and service innovations, experimenting and challenging new ways of working and thinking, as well as being an advocate and a voice for the sector.

This article has been adapted and updated for Nesta and was originally published on the British Council Creative Economy website.

Lynsey Smith is Programme Manager for the British Council in London, with a focus on Creative Hubs, Sub-Saharan Africa and EU/Europe. 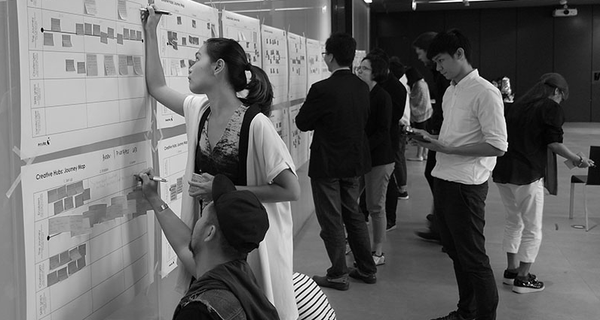 We’ve been exploring the experiences and needs of creative hubs, and captured some of our key insights in a short report. 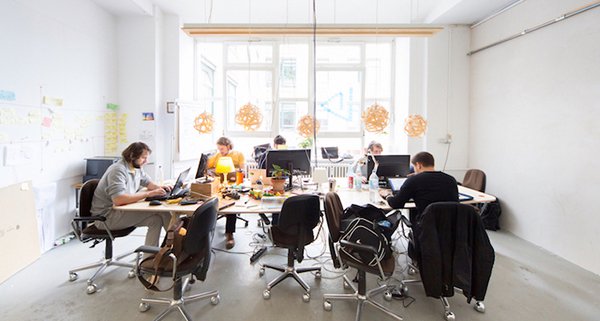 Setting up and running a successful creative hub

Megan Powell Vreeswijk, a Creative Enterprise Programme workshop associate, explains the highs and lows, the wins and the challenges in establishing and managing a creative hub.

Chief Executive, Ravi Gurumurthy, on how Nesta will support the challenge finalists to scale their innovation projects