Antonio was a Data Science Research Fellow at Nesta, working in the Policy and Research team. He is interested in the analysis of complex datasets and the modelling of human behaviour.… 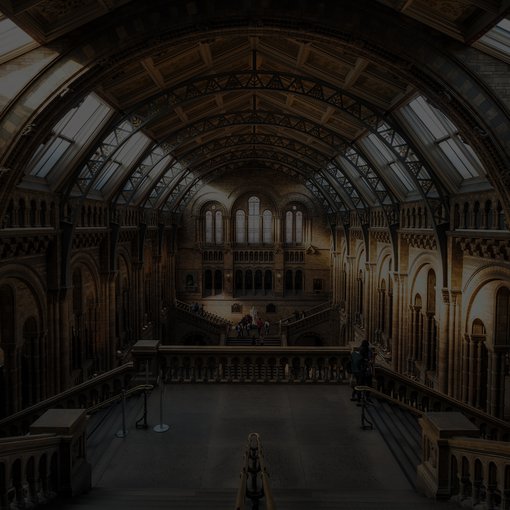 Museums hold our collective memory for current and future generations. They are institutions at the heart of our local communities, and central to culture, education and tourism.

Given museums’ importance, and in the context of the current review of museums in England that is underway, we have systematically studied access to them in England using an interactive map.

The map allows museum access to be examined from the perspective of:

The museums analysed are those in England that are members of Arts Council England’s accredited museum scheme. This scheme covers museums that apply to the scheme and are certified as meeting certain standards. This will not capture museums that are not members of the scheme, it does though include all of the largest public collections in England and a significant proportion of all English museums with just over 1300 accredited institutions in total. Using accredited museums also has the benefit that the institutions have been certified as being a museum according to consistent criteria.

Below are a number of findings from the analysis, with some guidance on how to see them by interacting with the map: 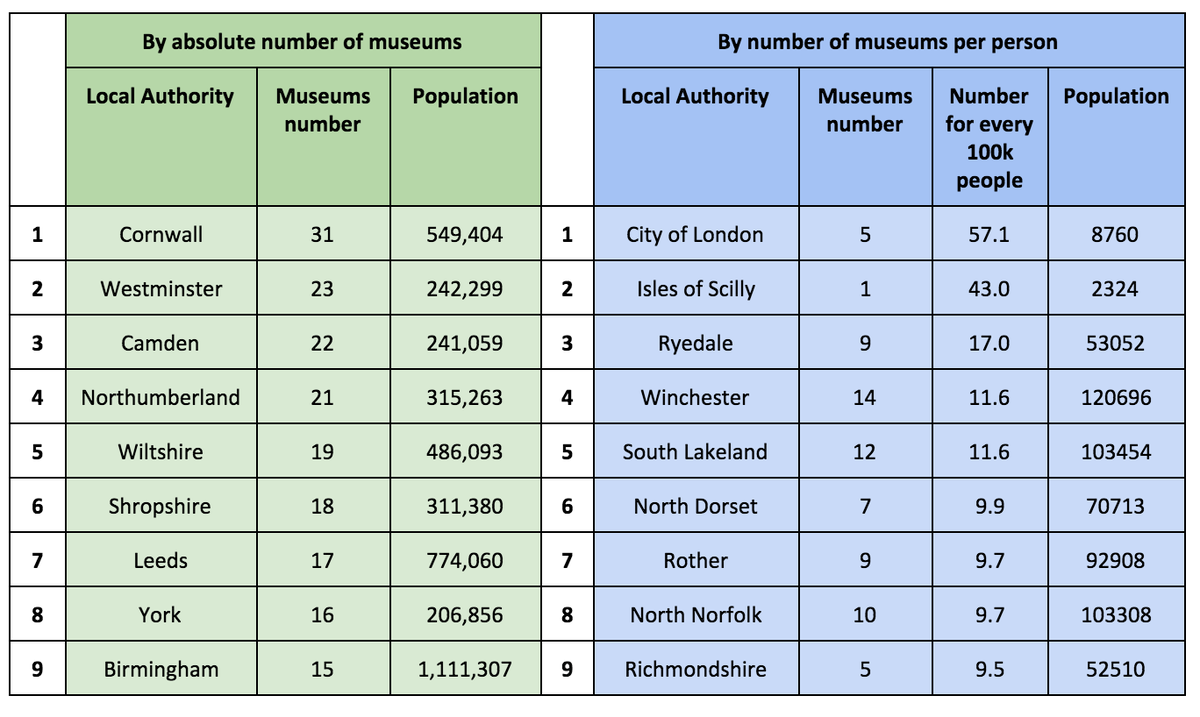 How to see this on the map: If you go to the museums layer the map will show the location of all the accredited museums in England. If you hover over a museum with the mouse a pop up will appear showing the number of people living within 10 km of the museum, and the proportion that live in areas that score in the bottom 20 per cent as measured by the index of multiple deprivation (IMD) [1]. The slider on the lower left-hand side allows you to show all museums that have more than a given share of the surrounding population in more deprived areas. As you increase the share of the population living in more deprived areas you will see that it’s the accredited museums in the large urban centres that remain.

What the map does not show

Although the map shows a lot of the information, there are some areas that can’t readily be displayed due to the absence or incompleteness of data.

The map only shows museums in England accredited under the Arts Council’s accreditation scheme. This means it covers a significant proportion of England’s museums, in particular the largest collections. It also has the benefit that all the institutions have been assessed to a given standard. This does though mean that museums who are unaware of the scheme, or who have decided not to apply for it, or who have applied but were not assessed as meeting its criteria, are not included.

Within accredited museums, one of the main things the map does not show is the capacity of institutions. Some of the museums are very large, while others are small. Museum capacity has many dimensions including the physical size, quality and type of the museum collection and/or its buildings, and when they are open to the public. All of these can affect the number of visits a museum can have, and the nature of the visitor experience, but there is no standardised set of information on these.

While information on museum visit numbers exists, such as from the Visit England survey of visitor attractions, it is not consistently available for all institutions and so is not shown. Indeed, this is why we have separately done work analysing if social media engagement can be used as a proxy for visit numbers where this data was missing [2]. Within visit numbers, demographics of museum visitors are sometimes available from individual visitor surveys, and are available in aggregated form for museum visits in England from the DCMS Taking Part survey. There is though no standardised measure of the demographics of museum participation for each of the accredited museums.

The map is looking at accessibility in terms of distance as the crow flies to the nearest museum. While overall this is probably closely related to travel times, the relationship will not always be perfect due to differences in transport infrastructure and access, for example between urban and rural areas, or in levels of car ownership. For individuals with mobility impairments even very short distances to access museums, or travel within the museum itself, can be a significant barrier to visiting and this will not be captured by the map.

Technical notes on the map and the data used

The museums data was obtained from the Arts Council England website. This was then geocoded. The population data used in the distance and museums layers is the Office for National Statistics (ONS) Lower Super Output Area (LSOAs) data mid-year population estimates for 2015 and index of multiple deprivation data for the same period [3]. The regional and local authority population estimates used in the area layer are from mid-2015 [4]. The population surrounding a museum in the museums layer is based on including the population in an LSOA whose centroid falls with a circle of 10 km surrounding the museum. The population that lives within areas with higher scores on the index of multiple deprivation is calculated by including the population of all LSOAs that fall in the most deprived 20 per cent on the index of multiple deprivation score. In the distance layer the number of museums within given distances are calculated according to the number of museums that fall within the radius set by the slider from the centre of the hexagon.

[1] The index of multiple deprivation measures an area’s level of deprivation using a number of different scores for the levels of Income, Employment, Health deprivation and Disability, Education Skills and Training, Barriers to Housing and Services, Crime, Living Environment. For a map of these see within http://dclgapps.communities.gov.uk/imd/idmap.html .

Antonio was a Data Science Research Fellow at Nesta, working in the Policy and Research team. He is interested in the analysis of complex datasets and the modelling of human behaviour.…