Nesta & Impact Shakers recently hosted a roundtable discussion specifically focused on the question of why we are not seeing more startup collaboration for innovation in the third sector. Here we share a summary of that first discussion.

Yonca is a connector and community builder with extensive experience in strategy and startup acceleration.

Diana is a versatile international project manager with an extensive background in European, American and Hungarian policy-making. 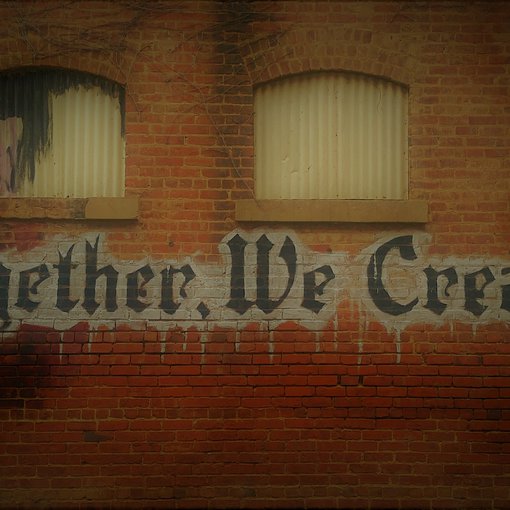 The past five years or so have seen major changes in open innovation in the private sector, with many large firms now collaborating with nimble startups as a core component of their innovation strategy.

Though difficult to get right, successful collaborations have helped bring many innovations to life and created significant mutual benefit: they channel much-needed resources, insight and validation to the smaller firm, whilst helping the larger firm solve internal problems, rejuvenate its culture and create new opportunities to expand its reach – as we have been exploring for several years through our Startup Europe Partnership project.

There are a few high-profile examples of mechanisms, such as the UNICEF innovation fund and the WWF's Project X, which are trying to help startups create more impact in the development sector. However, collaboration with startups for the purpose of innovation still seems comparatively infrequent and difficult to execute. Nesta’s Innovation In Giving fund previously experimented with matching 10 large charities with tech companies to develop new solutions to solve some of their biggest challenges – but with quite limited success.

Why does this matter? It has been estimated that the 50 biggest humanitarian NGOs alone spend over $18 billion per annum, with ongoing questions about value for money. Just as innovation is a key driver of private sector productivity, innovations which help these organisation to spend this more effectively, or otherwise achieve more impact, could make a huge difference.

Moreover, any good partnership should benefit both the partners: improving such mechanisms should also provide more opportunities for startups to scale.

For this reason, Nesta & Impact Shakers recently hosted a first roundtable discussion specifically focused on the question of why we are not seeing more startup collaboration for innovation in the third sector. It was a diverse assembly of organisations including NGOs, foundations, charities, support organisations and Nesta researchers. We discussed some preliminary research, explored potential areas for an in-depth research study and pilot programme, and gauged interest for a consortium of like-minded organisations.

What is already known?

Broader incentives to innovate within the third sector are typically considered to be much weaker than in the private sector. (As a 2015 HIF-ALNAP report on humanitarian innovation put it: “the system does not consistently invest in innovation”). Existing research on innovation in the third sector has surged in recent years, in an attempt to identify and rectify the causes of this.

However, attendees were aware of no studies specifically focused on startup interaction as an innovation method. Most agreed that it should be possible to consider and improve startup collaboration as a sub-topic in its own right.

The group found numerous examples of smaller organisations and social enterprises acting as delivery partners or fund-raising partners with larger organisations. However, most innovation initiatives involving startups seem to be one-off events, like hackathons, rather than sustained programmes. Moreover, where case studies existed, there seemed to be very little follow-up reporting about the results of these initiatives.

Attendees generally agreed that there did indeed seem to be significantly less startup collaboration within the third sector than the private sector (i.e. it's probably not the case that NGOs and large charities are collaborating with startups and just not publicising this), and that it would be valuable to understand why this is so, since several organisations were keen to know if such collaborations could benefit them.

Case studies were especially welcomed, as was further data on the scale of existing collaborations.

Collaboration is not an end in itself. Motivations to collaborate are linked with organisations’ ultimate purpose, which often differs fundamentally between third sector and private sector.

Importantly, incentives and behaviour also differ significantly within the third sector:- NGOs, IGOs, large charities, foundations and small charities are all quite different beasts, and this is reflected in their capacity and motivation to collaborate.

Nevertheless, there are some common reasons to engage in startup innovation which are present in both sectors: for example, to a greater or lesser degree, all organisations have to compete for talent, resources, be cost-efficient and respond to societal changes. The roundtable especially recognized recruitment and retention of millennials / Gen Z as a key motivator, since younger workers are not only looking for meaningful jobs but also expect an innovative employer.

Several organisations present also felt that their own operating models were ripe for disintermediation and disruption, and were keen to understand how to work better with other stakeholders including startups, in order to fulfil their mission in different ways.

Nesta's Scaling Together report identified various barriers to collaboration, including internal cultural and structural issues such as overly-rigid processes, a lack of top level buy-in and misaligned internal goals.

Large organisations have a lot in common in this regard, irrespective of their sector.

However, inter-sectoral collaboration often adds further difficulties. For example, startups and corporates often suffer from a mismatch in goals, timings and expectations, but do at least speak a common language of profit and loss; the cultural gap between startups and NGOs which lack such a common frame will invariably be larger.

Some participants felt that there was an even deeper issue related to the types of problems with which the third sector typically grappled. As one put it: "startups are often highly solution-focused, but in the third sector the hard thing is very often defining the challenge in the first place". Others commented that, for them, the hardest challenge was often persuading others that a particular topic was of importance. Can startup collaboration bring any value to the thorny problems of strategic diagnosis, winning ‘hearts and minds’, and systemic change?

Another issue that was discussed was donor behaviour. Donors play a huge role in determining the behaviour of NGOs and charities, but some donors do not appreciate the importance of innovation, whilst others “see innovation as a product not a process”. The notion of innovation as a product which can 'just be bought' invariably means that the buyer is shopping only for problems which they recognise, as opposed to being receptive to unanticipated improvements and structural or organisational redesign.

In a somewhat related theme, some participants also felt that there was too much focus on digital innovation within the sector, at the expense of new business models and ‘hard tech’.

On the startup side, some felt that this cultural gap manifests itself in prejudice against for-profit startups, which may irrationally be considered as necessarily less ethical by some in the third sector. One startup present at the discussion described first-hand the clear discomfort and suspicion which arose from some third-sector partners on occasion; several others had similar experiences of collaborations floundering over the inability to reconcile profit motives.

Slower feedback cycles were thought by some to exacerbate the problem. Whereas many private sector collaborations aim to develop quickly a minimum viable product or service, which can be used to gauge internal support and increase buy-in from internal stakeholders, some thought that the types of problem with which third sector organisations typically grappled meant that this cycle was necessarily much slower.

There was some discussion of the ISO framework for collaboration, produced by the Institute for Collaborative Working, which had been applied successfully by one of the third-sector participants. Additionally, the UK's Industrial Strategy and the UN's Sustainable Development Goals were seen by some participants as helpful high-level frameworks for aligning interests between private, public and third-sector organisations.

Nesta and ImpactShakers are interested in exploring this area further and building a network of like-minded organisations who are interested in participating in research and practical action. Our intention is to hold a further workshop in early July 2019, with a view to scoping a research agenda for the following 6 months. If you would like to attend the roundtable or collaborate in the project, please get in touch!

The authors would like to thank all the participants who attended the roundtable.

Yonca is a connector and community builder with extensive experience in strategy and startup acceleration.

Diana is a versatile international project manager with an extensive background in European, American and Hungarian policy-making. 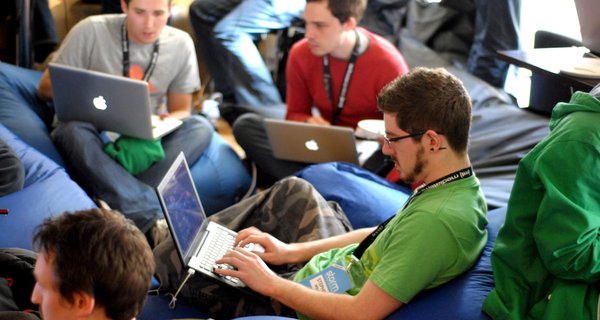 We are contributing to the Startup Europe Partnership 2.0, an initiative which aims to help startups scale across Europe
Project
27 July 2015 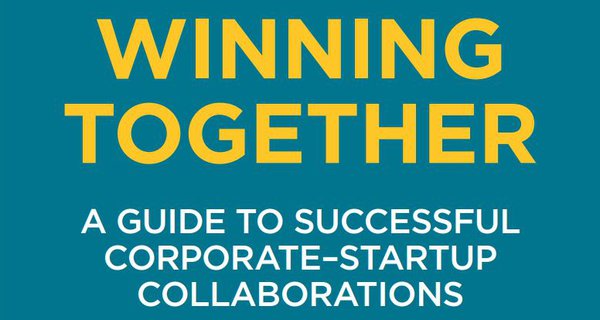 Winning Together: a guide to successful corporate-startup collaborations 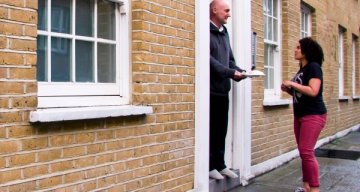 The Innovation in Giving Fund supports projects that aim to get many more people involved in giving time, money, skills and resources to the causes they care about.
Project
22 October 2013