Why we made a board game to discuss local economic policy ideas.
27 September 2019
In Government innovation
4 min read 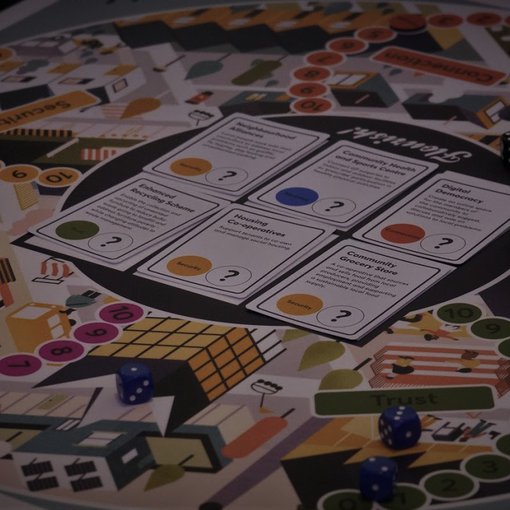 You have 50 minutes to introduce a group of 36 conference delegates to your work on local economics, community ownership, community wealth building, the commons and community wellbeing. And it’s the post-lunch, sleepy slot. How do you do it?

While presentations can share a lot of information, and panel debates enable questions from the audience, we decided we needed something a bit more interactive and lively - something that people could engage with emotionally and feel invested in. A board game seemed to fit the bill as the perfect format to share our ideas at the Nesta Government Innovation Summit.

Our work over the last year has covered a lot of themes, and through it we’ve seen the value that can be delivered when communities are able to shape where they live, how they work and how they are helped when they need it.

Inspired by Kate Raworth’s radical approach to economics and the Democracy Collaborative’s work around Community Wealth Building, we wanted to tie together our programmes in a way that would explore a different kind of local economy. One in which economic decisions support a post-growth society, where people can lead healthy, fulfilling lives - in which they can flourish.

Through this game we are exploring how to work towards a more equitable and participatory society; one that moves away from purely financial measures of success to focus instead on how psychologically healthy our communities are. We’ve designed it to encourage decision-makers to think about what the economy is for. To make it possible to see that the economy and economic decisions don’t exist as stand-alone elements, that instead they are formed by, and from, the factors in a community which build a community’s wellbeing.

To make the game work we needed a way of breaking down the factors that make up ‘wellbeing’ and, influenced by our HealthLab colleague Sally Zlotowitz, chose to align with the five psychological processes outlined in the briefing paper by Psychologists Against Austerity - agency, connection, trust, security and meaning.

As Sally suggests in the article ‘Beyond the Individual in Mental Health & Wellbeing’ these processes can considered the basis of Community Health Building, the wellbeing-based sister of Community Wealth Building. Working alongside Centre for Local Economic Strategies (CLES), we identified examples from their work and from Nesta’s research into community ownership and community projects and from our futures project ShareTown. From all of this great source material, we’ve created 20 policies that form the discussion points at the heart of the game.

To help us shape these ideas into a game, we engaged game designers Digital Liberties who adapted a format known as a matrix game. This structure, based on storytelling and discussion, suited us because it required participants to think about the benefits of, and put forward arguments for a range of policy options for ShareTown - from a community grocery store to a citizens’ assembly. Each would raise the amount of agency, connection, trust, security of meaning in the town.

We also wanted to enable the attendees of Nesta’s Government Innovation Summit to step out of their everyday roles, and into the character of someone else in a community. The game requires that players act as their character, and push for the projects that boost the values that their character cares most about. The aim of this was to get those in the government innovation field to consider different perspectives to their own in their work. There is, of course, also a collective element, and participants can see how the decisions they make as a community affect how quickly the community wellbeing values are each boosted throughout the game. 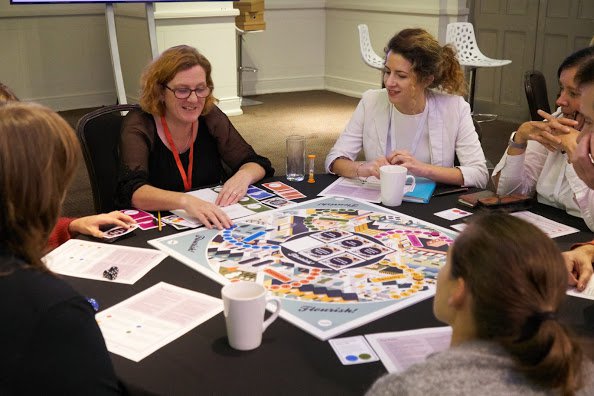 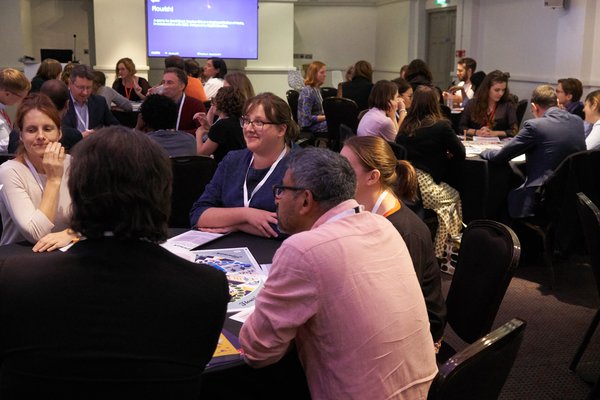 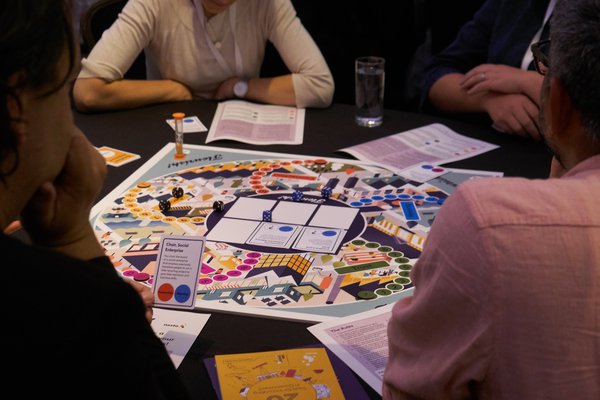 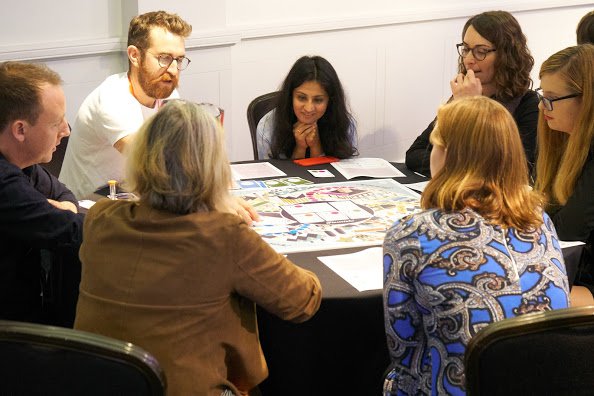 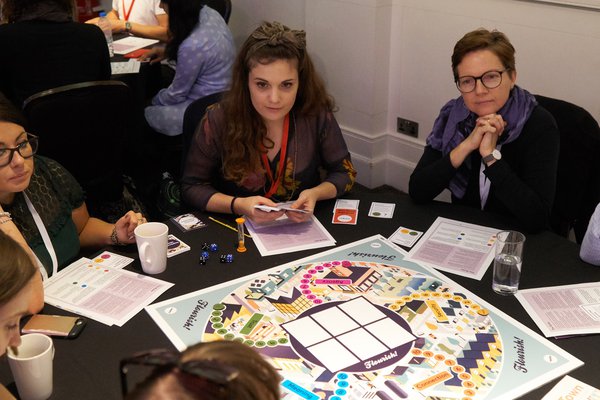 It’s fair to say that we didn't know much about designing games before this project. We’ve learnt a lot in a very short space of time. We’re grateful to Digital Liberties for sharing their experience and delivering the game at such a quick pace, and to CLES for content input. We’re also grateful to our team of facilitators and all those who helped us test the early versions - our colleagues at Nesta but also the Local Government Innovation Meet-up who were our first guinea pigs.

Play Flourish! with your team

We want more people to be able to explore alternative ideas for local economies, so we’ve made Flourish! available to download under a Creative Commons license. In addition to the print outs, you’ll need five counters (sticker template included) and two sets of three dice. 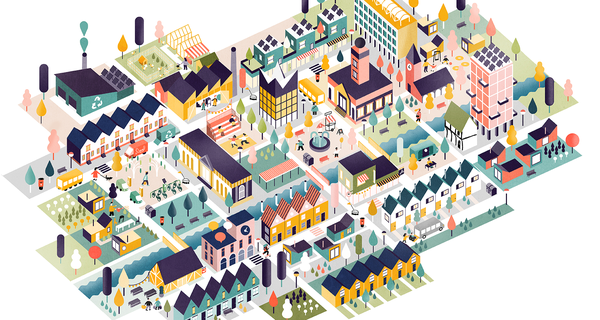 A future townscape that explores the changing relationship between citizens, technology, and local government
Blog
28 November 2018 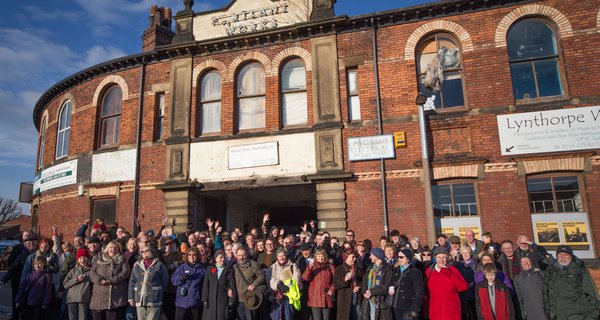 Putting your money where your community is

How investment crowdfunding can help transform communities
Blog
16 May 2019 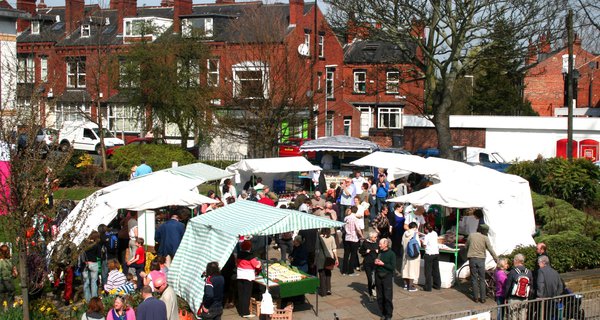 Building on our recent report, we share ten stories of ways in which communities have used crowdfunding investment tools to create change locally.
Blog
04 September 2019