An update on progress towards a short term housing solution that matches struggling families with generous homeowners who have the space to put them up.
28 June 2019
In Government innovation
7 min read 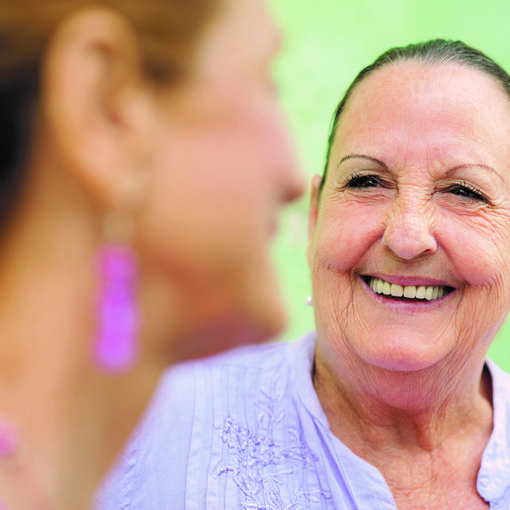 In April 2018 we announced the latest group of projects to be awarded grants from the ShareLab fund. In this round we were seeking ideas that used collaborative platforms to address the theme of ‘prevention’ - tackling a social problem at the root before it escalates into something much bigger, more complex, and expensive to resolve.

“Fairbnb is like Airbnb, only for those who need it most. We match local hosts to ‘priority needs’ homeless families."

Fairbnb was founded by Nick Pecorelli who, having run a successful offline pilot of the service in Croydon, applied to ShareLab to fund the development of a platform that would enable him to scale the service across London.

Below Nick answers some questions about the problem Fairbnb is designed to address, the work done so far and what’s been learned along the way.

Fairbnb provides a supportive environment for homeless families by making use of local people’s spare rooms for short periods, and finding a longer-term solution to homelessness by negotiating social rents with landlords of self-contained properties. The House of Commons research briefings (published in December 2018) recorded 82,310 households were in temporary accommodation at the end of June 2018. This is an increase of 71% since December 2010. The 82,310 households include 123,630 children. Of these households, 56,560 (69%) were placed by London local authorities. The number of families with dependent children placed in B&B-style accommodation increased from 630 at the end of March 2010 to 2,560 at the end of June 2018.

Right now many of these hostels and B&Bs are housing individuals with difficult or complex needs alongside those who have simply become homeless for financial reasons or because of family breakdown. Often making an already difficult situation into one that’s traumatic and harmful to wellbeing. There are 2.6 million spare rooms in London. Our aim for Fairbnb is to provide people at risk of losing their homes with safe and supported local housing provided by active citizens in their community. The platform also has the added benefit of saving councils money that would otherwise go towards paying for hotels – meaning they can invest in longer term solutions.

How are you trying to solve it?

We’re launching an online booking platform that connects local councils with host families willing to rent out their spare rooms or properties at social rents. We’re using an off the shelf platform called Newbook which is a booking engine used by hotels and villa providers that manage multiple properties. The benefits of using Newbook are vast for a small business like ours. It’s fully customisable to our needs so we can create bespoke accommodation lists for each borough, we can include filters that ensure the widest range of needs are met (e.g. pets welcome, accessible, child-proof, etc). 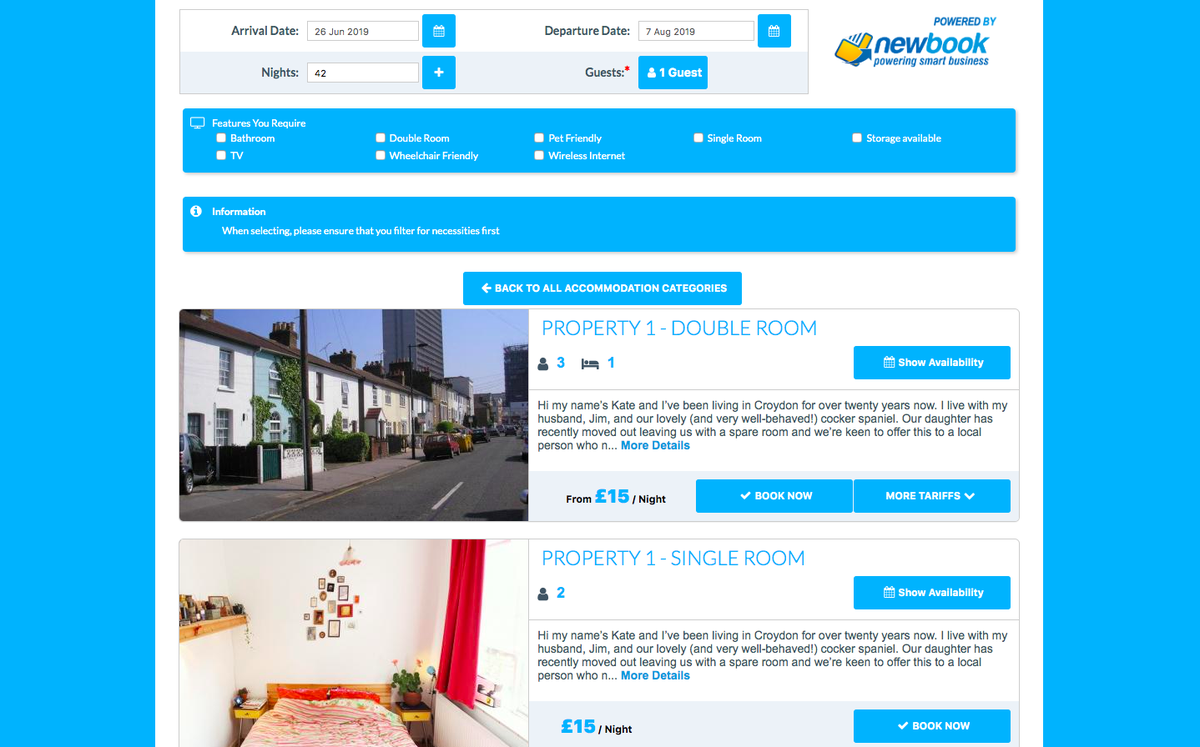 What you've done so far?

We launched the pilot in 2017 shortly after the Croydon’s Opportunities and Fairness Commission report was published. Our job was to recruit ten host families in August and September to be placed with ten host families in the Borough of Croydon. We worked with Croydon Council to identify families who the council categorised as ‘Priority Needs’- typically, pregnant women or single mothers with children. We made safety a priority during the pilot, going to great lengths to vet the Guests via the housing caseworkers. We also ran DBS checks on all of the adults in the home. Guests typically stayed with a host family for the duration of their 6-week housing assessment period.

The pilot taught us a great deal about how to go about launching the online version of Fairbnb today. From the pilot, we were able to see the friction points with the platform. Since then we have received a £25,000 grant from ShareLab which has enabled us to accelerate our growth in the last few months. So far we’ve registered Fairbnb as a Community Interest Company (also known as a Social Enterprise); designed, built and tested a prototype platform powered by Newbook; reconnected with the Croydon pilot hosts; met with eight councils and demo'd the platform; recruited our board members and had the first board meeting in May. We’re now in the process of finalising the terms of service with our three early adopter councils.

We’ve had extremely positive feedback for the idea and concept from potential hosts, the charities, and the councils we’ve met with. The pilot was incredibly successful, we had no failed placements, all of our Hosts said they’d be willing to host again. We were able to generate a great deal of interest from potential host families. We’re optimistic that upon launching the online platform we’ll be able to recruit hosts fairly quickly. We learned from the pilot that we can reduce a lot of friction by creating a streamlined booking system for the councils.

Over April and May 2019, we connected with eight London councils. The feedback has been generally positive and they enjoyed the demo of the platform. Most of them made it clear that they could see this being a solution for some of their clients in need of housing which is incredibly validating. Our aim was to sign up five as early adopters. As an early adopter, we offered a minimum of ten placements and a 50% discount on the annual membership fee. We’ve secured three councils Lambeth, Croydon and Islington which are fantastic starting areas for Fairbnb.

Each Council is experiencing very different problems and the availability of spare rooms varies across boroughs, but the 2011 census shows that each inner London borough has at least 50,000 spare rooms.. There is a huge opportunity for us to make an impact and generate a buzz that results in more people joining the platform as hosts. In the first phase of the launch, we’ll be utilising local neighbourhood groups, faith groups and grassroots organisations using Facebook Groups and Twitter. We’ll make use of social listening tools to latch onto conversations around homelessness in London. As we move towards a bigger launch in Autumn we hope to have the major homeless charities on our side and we’ll benefit from the annual ‘end homelessness’ campaigns that have become commonplace during the holidays.

We’ve assembled our Board who are extremely knowledgeable about issues around, homelessness, innovation, politics, safeguarding, and social justice. Our board is made up of Hamida Ali, Labour Councillor for Croydon; Atif Shafique, Senior Researcher at the RSA; Rt Revd Jonathan Clark, Bishop of Croydon; Rowenna Davis, former journalist and currently a teacher at Harris Invictus in Croydon; Hannah Miller, MBE (for safeguarding), member of Croydon Opportunities and Fairness Commission; Sarah Farquar, Organisational Director of Crisis; David Evans, founder of The Campaign Company. The Board met for the first time on 15th May and agreed that we should proceed with a soft launch with three councils. 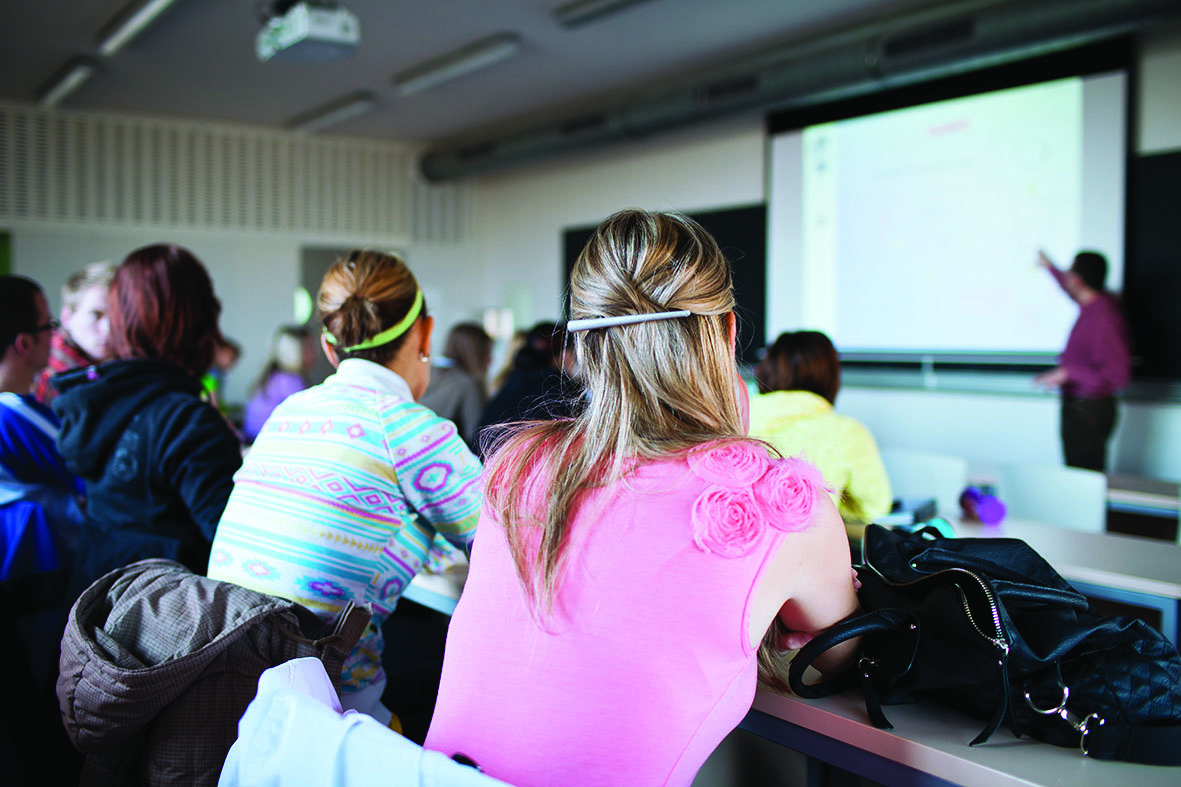 What's been difficult or not gone to plan and why?

As with any new project that relies on multiple stakeholders we’ve faced unexpected delays and had to be very flexible with our availability and also with how we run the platform. The biggest challenge is finding the right person to help us with all the potential legal and liability issues of working within the temporary accommodation sector and how that works with the housing benefits system. There’s no real clarity on it and it’s not been straightforward to find out who to ask.

What have you learned - how has your plan changed?

We’ve learned what the objections are to the platform, which included issues around the duration of the guest placements, the Guests we’re hoping to accept, disbelief over the number of hosts we can recruit in the area and so on. We’re aware that (at least for now) we can’t solve homelessness with our platform but we can have an impact on a small sub-section of those at risk. We’re being quite deliberate with who we target as Guests and Hosts as we want to mitigate any major issues that can arise. We’ve chosen a profile of individuals that pose the least amount of risk for the early adopter phase of the programme in the expectation that the results will enable us to prepare for more complex needs and issues as we scale the platform later in the year.

The biggest change for us is reducing the number of early adopter council partners from five down to three, reducing the amount of revenue we can expect in our first year of operation. This isn’t because any council explicitly said no but because they want to see it up and running before committing to implementing it. Overall, though we’ve learned a great deal about the housing situation in each borough and how each council thinks Fairbnb can best serve their housing needs. This is a huge bonus for us in our development. 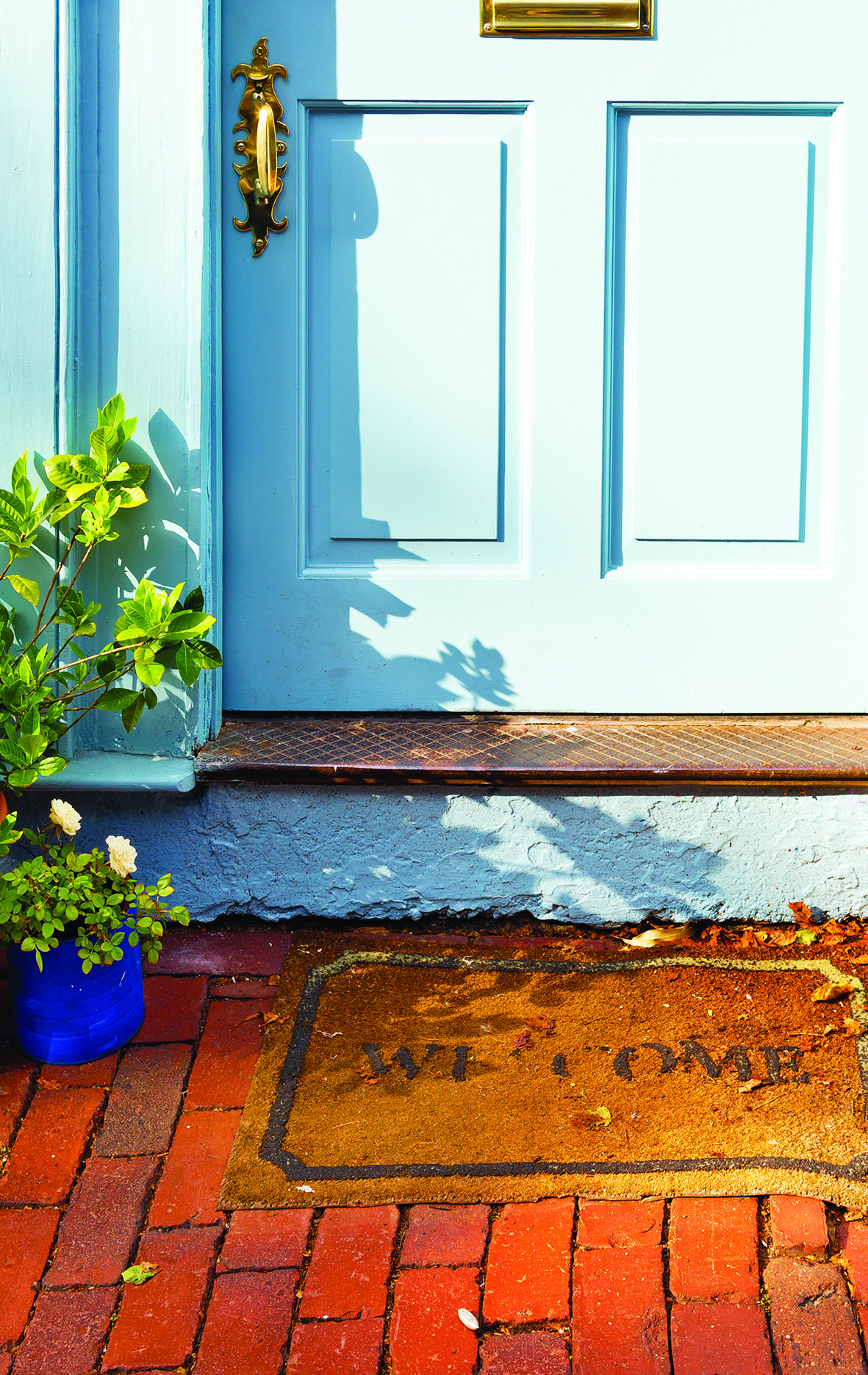 We’re still pre-launch so we can’t speak on how well the platform is running yet. Our biggest wins so far come from getting eight highly knowledgeable and experienced board members. We’ve now also secured three councils as early adopter partners which is a great starting point and they are boroughs we think we’ll have a fantastic time recruiting hosts in too. Our selected boroughs are all lead by Labour MP’s which is indicative of a slightly more liberal and left-leaning demographic. I (Nick) have spent time canvassing in each borough at different points in my career and found that an altruistic offer to helping solve homelessness would play well in these areas.

The next phase includes meeting with our early adopters and getting them set up on the platform and walking them through our safety procedures. We’ll then begin our local marketing efforts, using social media and neighbourhood groups, faith groups and local papers to drive Host registrations in the pilot boroughs. This will take quite a bit of time as it will be a first for everyone involved and we suspect we’ll need to have all of our ducks in a row before we launch and start placing people.

If you’re interested in letting your spare room out to a Fairbnb Guest please head on over to our website fairbnb.org.uk to learn more. 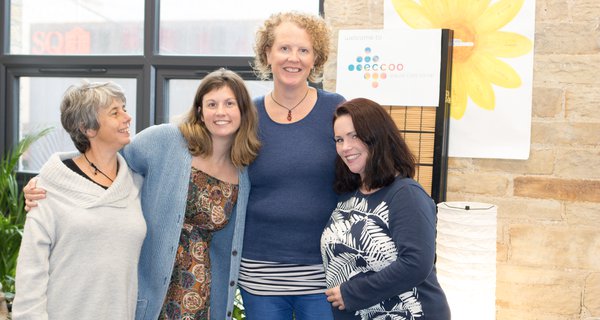 The ECCOO share their progress on putting care givers and receivers at the centre of their collaborative platform.
Blog
23 October 2018 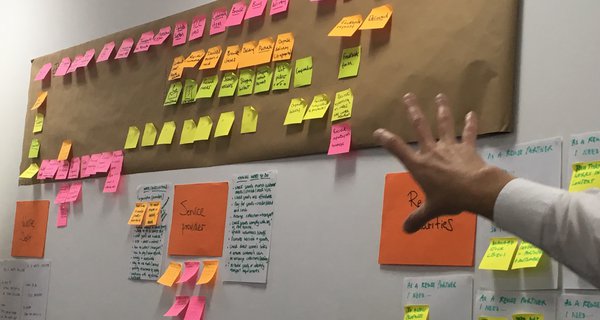 Sunderland City Council update us on their progress towards building a digital platform that enables unwanted furniture to be donated, up-cycled and delivered to some of the city’s most vulnerable citizens
Blog
11 December 2018 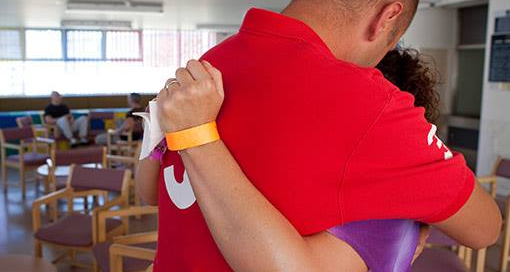 Ten months on from joining the ShareLab programme, Sussex Prisoners’ Families share an update on the launch of Families Connected
Blog
21 February 2019