Six months on, Equal Care Co-op update us on how their multi-stakeholder, sociocratic collaborative platform is putting care receivers and care givers at the centre of their service.
23 October 2018
In Government innovation
5 min read

Earlier this year we announced the latest group of projects to be awarded grants from the ShareLab fund. In this round we were seeking ideas that used collaborative (or marketplace) platforms to address the theme of ‘prevention’ - tackling a social problem at the root before it escalates into something much bigger, more complex, and expensive to resolve.

Social care is a field in which large, commercial marketplace platforms are starting to emerge. The Care Act of 2014 changed the statutory obligation of Local Authorities from providing specific services to helping meet people’s needs. Thus, the Act gives local authorities a new legal responsibility to provide a care and support plan to individuals, alongside a personal budget to meet their identified needs. This has contributed to the creation of new models for care, and a marketplace around that.

In the first round of ShareLab we worked with Trust on Tap - an introductory platform matching people looking for care with a community of trusted freelance carers.

Equal Care Co-op was selected to be part of our second cohort because they take this platform enabled extension to the social care system even further. They are focused on re-balancing the system by putting the relationship between the carer and the cared for at the heart of their service. Their way of doing this is extremely complex and probably more time consuming than they had originally expected. However, over the past few months what has become clear to the ShareLab team is their absolute commitment to aligning everything to fully realise their purpose. From their multi-stakeholder co-op form of governance, to their sociocratic operating system, and the design of their platform, it is ensured that the relationship between carer and cared for is equal and symbiotic.

Below is an update from Emma Back , Co-Founder of the Equal Care Co-op

"Social care is about one human, supporting another human, with both humans supported and protected by a kind, respectful community of other humans. Simple as that, really." 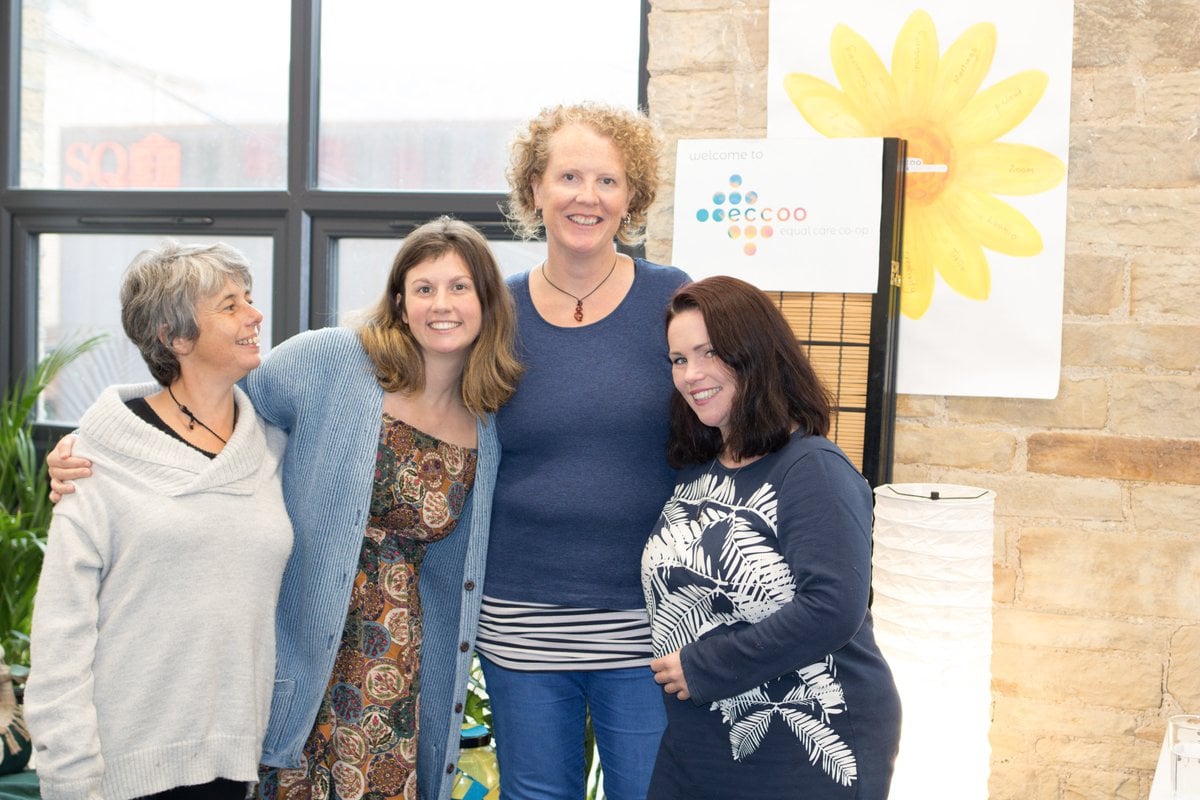 Emma Back and the team at Equal Care Co-op

When we found out we were one of the eight grantees picked to participate in the Nesta ShareLab programme there was jubilation (“Hooray!”), vindication (“this programme was written for us!”) and trepidation (“is this actually going to work?”).

Firstly, it’s not about the platform. The platform is (one of) the means, not the ends. 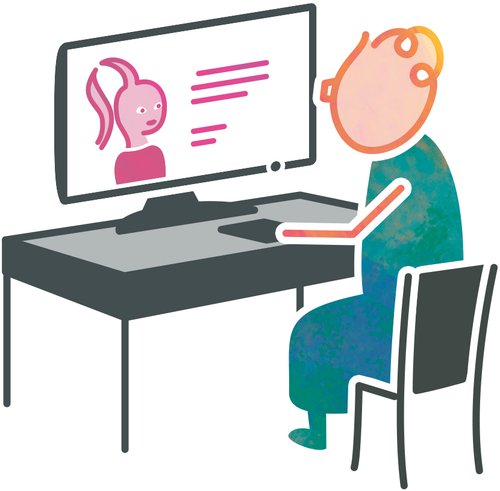 We have set out to do social care differently. Our focus is on changing the balance of power that exists in services and between care providers, families and people getting support. We want to re-centre the power, choice, and control for the most important people involved: the person receiving and the person giving support (whether paid or unpaid, family member or professional). When you get right down to it, nothing else is more important.

One of the key ingredients to achieve that ambitious aim is a collaborative platform. Platforms have several characteristics that recommend themselves to social care. They mediate the creation of trusted relationships, they remove much of the decision-making, that managers usually do (rotas, assignments, care planning etc.), and put this in the hands of the people directly involved. 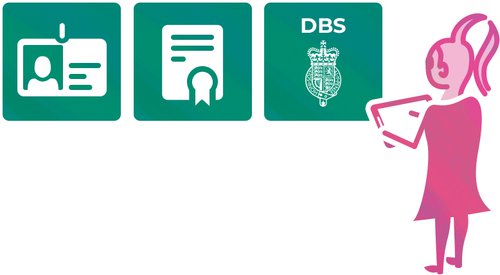 Platforms can also offer a broader menu of support, making it more likely that people will find the right person or activity to get them well, or keep them out of more intensive care settings. They give much greater visibility to market economics, making pricing and wages more transparent and bringing this into the public realm. They can even (and this is the most exciting bit) give consumers the tools, the inclination and the wherewithal to transform into producers. This is their most radical feature. 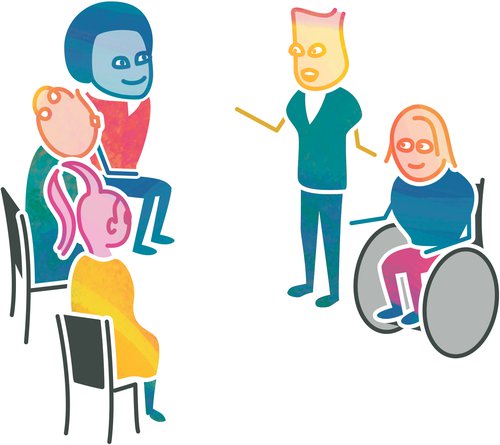 Of course, there’s a dark side to platforms. But that’s why we’re a co-operative. When the people paying for the service and the people contributing the labour own the company and the technology, that’s step one to avoiding the (extensively written about) gig economy trap.

Step two is to be locally led. We are combining platform technology with several key alternative governance methods: co-production (yes, this is a governance approach), sociocracy or dynamic governance and, inspired by the Netherlands Buurtzorg system, self-managing teams. It’s quite a cocktail.

So. Our task is to build a digital platform whilst keeping the direct beneficiaries of that platform (care givers, care receivers) at the heart of our governance and operations. We’re not a technology company providing technology services. And we’re not young(ish), white men with university degrees and an angel investor driving us on. That has some interesting effects.

It’s fair to say there have been a few challenges to setting up the Equal Care Co-op (also known as eccoo). Some of them are the run-of-the-mill ones that are listed in every book ever written about start-ups and are too dull to talk about. Some of them are not so run-of-the-mill. My baby attended his first conference at twelve days old and now at six months is an avid co-operator, doing his bit to contribute to team wellbeing. My friend and colleague has relocated her life and home to start the co-operative with me and our other members. This is literal: it took a solid six weeks to get her narrow boat up north from London, travelling 341 miles (and three furlongs) of the canal and river networks of England. That’s a sprint by narrow boat standards, but it certainly knocked her out of the loop for a while.

There were less positive challenges too. Several of our team have experienced bereavements this year, suffer from chronic illnesses and have had a bevy of financial, familial and health-oriented commitments pulling at and absorbing their time.

Over the past year I’ve come to understand that this fairly constant round of challenges isn’t because we happen to be a particularly challenging bunch of people. It’s a symptom of our demographic. Women tend to start under-capitalised businesses because they don’t get the same access to capital as men. People living with disabilities are rarely found in strategic-level positions and struggle to find disability-friendly employment in general. Care workers have extremely limited bandwidth to engage with a project because their jobs are hand-to-mouth, emotionally exhausting, and likely to make them physically unwell.

These challenges are our ‘added extras’ from a business perspective. However, from a co-owned, co-produced, co-designed, co-operative perspective, this doesn’t just come with the territory, it is the territory itself.

Deciding to do this. That’s been the only easy thing.

Where we are now

We have a board, we have developers, we (even, nearly) have jobs. We have support and interest, which is nice. We have had in-kind support from Co-operatives UK and the UnFound programme, the Co-operative Bank Digital team, Social Value UK, Loconomics, Leeds Beckett University Ad:Venture programme, Community Shares and Calderdale Council. We have had funded support from UnLtd, Leeds Community Foundation, Paul Hamlyn Foundation, the Access Foundation and, of course, Nesta. This support is enabling us to research, test and start offering the matching element of the service this year.

We have documentation (never underestimate the power of good documentation). We have a solid business plan. We have persistence, commitment and hope.

We want to get this right (the “fail fast” Lean Startup mantra notwithstanding) so we are starting small, slow and focused by offering just the matched support with independent workers in the Upper Calder Valley in West Yorkshire. Actually, we’re starting even smaller than that, in Hebden Bridge and the rural hinterlands on ‘the tops’.

We’re starting small, but we have a grand plan dangling on a shoestring.

We’re doing a Christmas CrowdFunder in late November in preparation for our Pioneer Community Share Offer to launch at the end of February (just before the end of the tax year).

We would love to hear from you.