An essay by Primavera De Filippi and Tony Lai

Karen and James awaited Leia in one of the storytelling rooms. They had planned their meeting to compare how governments around the world had reacted differently to the pandemic.

‘Welcome. Thank you both for joining me here’, Leia greeted them both, holding her hand to her heart, then extending it open, palm up, fingers out towards them both.

‘Thank you for coming to share with us’, James responded, mimicking the gesture.

‘Yes, thank you’, added Karen in a meek but respectful voice. 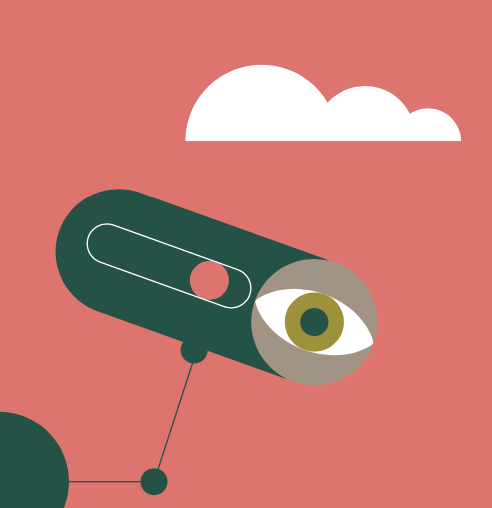 Karen was a refugee from a former democracy turned into an authoritarian system during the pandemics, which was trying to limit the spread of the virus by tracking every move of every citizen and punishing anyone who violated their quarantine by reducing their social credit score and limiting their access to public services.

‘In my country, they justified surveillance and control because of the crisis’, Karen said, glancing up nervously at the cameras, ‘then they were recast as generic public protection measures’.

‘You’re safe here’, Leia reassured her, explaining how by coming here Karen and her family had their own protected identities and data trusts set up already.

‘We went the other way’, said James. ‘You could say we sacrificed our weakest citizens for the sake of keeping the economy alive and building a more robust population with herd immunity, but I think we ultimately failed to recognise that our economy was for the most part grounded on the work of the most vulnerable people.’

James was an exchange student visiting from another country, enjoying the sharing and reconciling of opposing perspectives. ‘I suspect it was no coincidence that the private sector had to step in to take care of all the things that our government couldn’t handle’, James added. ‘All communications, searches, locations and purchases were already managed through private online platforms, resulting in greater market efficiencies. Why not health and education too? In one sense we resolved the crisis faster and better than everyone else thanks to tech companies providing contact tracing and access control systems to all the population.’

Leia was especially curious about interactions with students from neo-liberal communities; she knew that many of them were starting to acknowledge the inherent failures of a non-regulated market system and the unavoidable inequalities that emerge from it.

‘Tech solutions driven by market dynamics, fuelled by huge amounts of personal data’. she offered. ‘It’s not that technological solutions are bad; it’s just that both governments and private companies have misaligned incentives. Any participation and engagement in creating a society for the common good gets sacrificed at the altar of power, efficiency and profits.’

‘Would we rather live in a world without technology’, mused James, ‘like those others in your community, who reject all technological advances?’

Our Chief Executive Ravi Gurumurthy explains why there are often more resources available to enable meaningful change through innovation.

A project about near future uses of AI in community settings to increase climate resilience.