Bulent Ozel is Co-founder and CEO at Lucidminds

Sander van der Hoog is Head of Simulation at Lucidminds

Oguzhan Yayla is Co-founder and CTO at Lucidminds

Organising large scale community responses can be a messy and complicated task, but AI can help cut through this complexity to coordinate action. Civic AI is a research project exploring where AI can help equip communities with the tools to collectively respond to the climate crisis and achieve the 2050 target of a carbon-neutral economy.

Developed by Dark Matter Labs and Lucidminds and supported by Nesta’s Centre for Collective Intelligence Design (CCID), it builds on CCID’s research that explores how novel forms of combining artificial intelligence and the collective intelligence of people can better address significant social challenges such as the climate crisis.

In the piece, we describe the relevance of the climate crisis for communities across the UK and outline some of the shared challenges that they face when trying to take action. We then describe a new framework that can help to address these challenges by enhancing a community’s collective intelligence with AI to help align actions, reduce associated costs, and advance the value of collaboration. We refer to this enhanced capacity as Augmented Collective Intelligence (ACI). This post accompanies the publication of the Civic AI toolkit, which contains three strategic blueprints that map out the technological components, interactions and data flows that can help communities to develop climate resilience over the next five years. 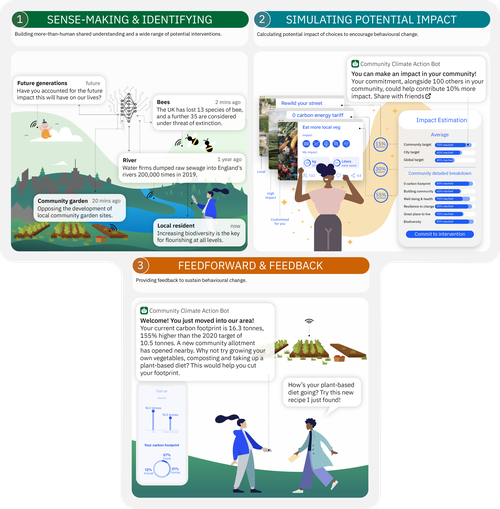 Communities across the UK square up to the climate crisis

In recent years, communities across the UK have been faced with increasing pressure to adapt to and mitigate the impacts of climate change, leading to 68 per cent of local authorities declaring a ‘climate emergency’ and a commitment to taking practical action. Thus the need for novel, sustainable solutions for climate adaptation and mitigation in cities has never been greater. As with all global wicked problems, the climate crisis occurs at the intersection of human and natural systems, where interdependent components interact at multiple scales causing uncertainty and emergent, erratic fluctuations. On top of this, collective action problems, such as identifying and implementing climate crisis adaptation or mitigation strategies, involve trade-offs and conflicting motivations between the different decision-makers. All of these factors can get in the way of identifying solutions, or even agreeing on a shared definition of the problem.

The global response to the COVID-19 pandemic has illustrated the importance of community-led actions when it comes to times of crisis. Communities have demonstrated their capacity to mobilise efficiently in areas where the public sector has been either too slow, unable, or unwilling to intervene. The pandemic has also drawn attention to the scale of response required to address the climate crisis. Despite a near-total shutdown of the global economy, annual CO2 emissions are only expected to fall by 5.6 per cent this year, falling short of the 7.6 per cent target required to ensure a temperature rise of no more than 1.5°C. Can AI help amplify and coordinate collective action to the scale necessary for effective climate crisis response?

We are not the first to think about leveraging AI to address the climate crisis. There are many existing research collaborations, open challenges, and corporate-led initiatives including Climate Change AI, Google.org’s Impact Challenge and the AI for Good platform, which aims to identify practical applications of AI that can be scaled for global impact. Although these initiatives and many others, such as Project Drawdown, have informed our research, we have been wary that attempts to apply AI to complex problems can suffer from technological solutionism, which loses sight of the underlying issues. To try to avoid this, with Civic AI, we have focused on understanding community challenges before identifying which parts of the problem are most suited to AI’s strengths, especially as this is just one of the many tools available. Below, we explore how AI could be used to complement and enhance community-led efforts as part of inclusive civic infrastructures.

We define civic assets as the essential shared infrastructure that benefits communities such as parks and street trees or a community library. We will explore their role in climate crisis mitigation and adaptation.

What does a future that imagines civic assets as semi-autonomous and highly participatory, fostering collaboration between people and machines look like?

Over the last few months, we have spoken to a number of civil society organisations (CSOs) working across three areas of focus: urban green infrastructure, collective climate action, and community energy. They include Brixton Energy, Calthorpe Community Garden, Cambridge Canopy Project, CoEnergy, Commons Stack, Participatory City, Possible, and Scottish Natural Heritage. Through these conversations, and from wider research, we have identified six common challenges that communities face when coordinating and implementing projects: 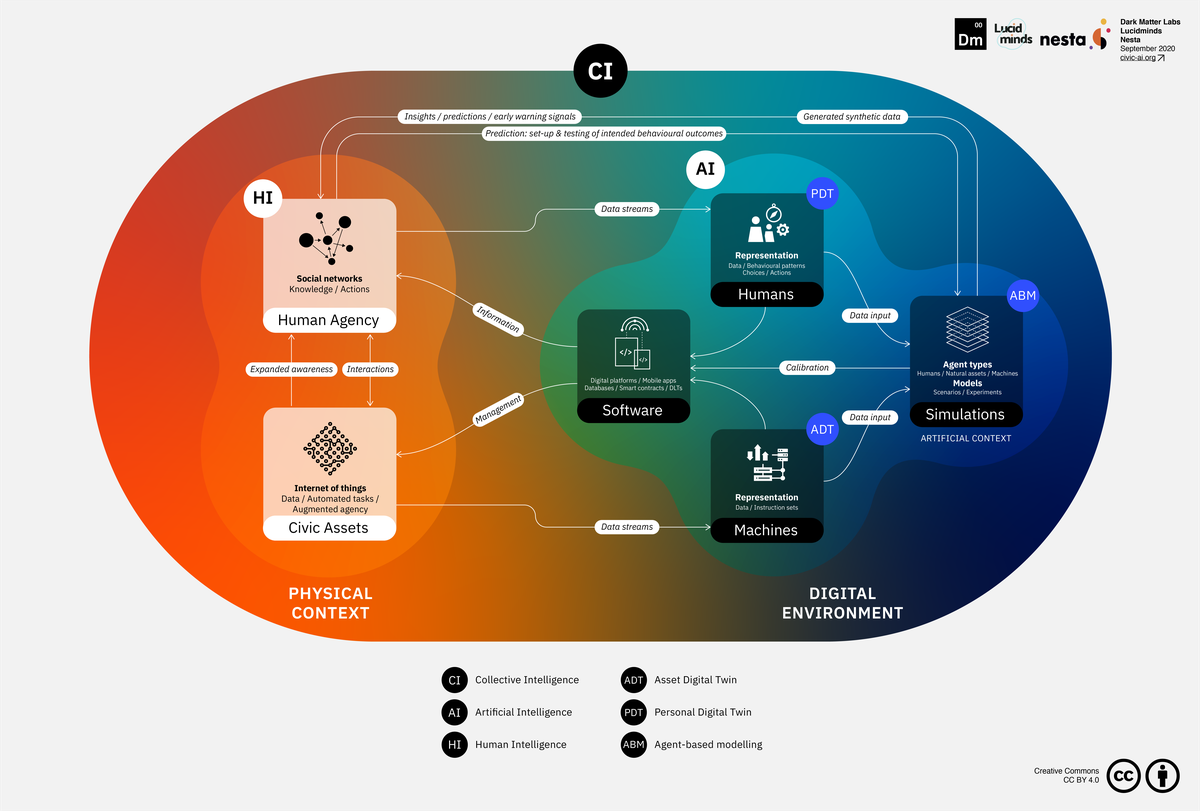 The ACI framework provides a tool for considering how the interaction between human intelligence (HI) and artificial intelligence (AI) can be applied to community-based challenges. It models augmented collective intelligence as emerging from the interaction of people, technology, and objects in the physical world and the digital environment and maps the resulting flows of data and information.

Agent-based models (ABMs) and simulations are used to explore counterfactual scenarios, taking data from the physical environment to simulate potential outcomes, which can be used to help decision-making in the real world. Using ABM frames community climate action as a complex adaptive system. This approach to modelling recognises the inherent complexity and emergent nature of any data ecosystem that relies on the integration of many different technical components and stakeholders responsible for their management. Thus, the ACI framework assumes that decisions and actions have to continuously evolve in response to the shifting constraints of the real-world environment rather than being able to settle on an "optimal" solution.

Overall, the ACI framework can be used to address each of the common challenges we identified above:

Alongside this post, we are publishing the Civic AI Toolkit. It contains three blueprints which serve as a guide to implementing the ACI framework in the context of three community climate adaptation use cases. Each blueprint imagines a future open digital ecosystem that could be built using technology that will become available in the next five to seven years, starting with the minimal implementation that can be developed and tested within a reasonable timeframe. These provide an indication of where organisations could focus on for the first stage of prototyping. The three use cases we explore are:

Part of the difficulty in addressing the climate crisis lies in aligning individual and collective values and belief systems. For most of us it is challenging to make the connection between internationally agreed climate goals such as the Paris Agreement to the actions we take in our day-to-day life, both in our homes and publicly as members of a community.

Value alignment in AI refers to the need to make sure that AI systems act in accordance with human values. Yet previous attempts to crowdsource moral principles have demonstrated the fluid nature of moral convictions globally and highlight the difficulty of achieving this aim. After all, whose values should a given AI system be aligned to? Even within countries, different groups of people may have different value systems or the same community may set different priorities depending on contextual factors.

To try to resolve this tension, we propose that every application of Civic AI should start by surfacing the values and priorities present in the community and the institutional partners involved in provision and management of civic assets. By identifying and discussing the diverse values that are surfaced, all of the stakeholders can then use the ACI framework to explore how to reflect them in both the governance and the technical aspects of the design.

Our three scenarios highlight some of the considerations that might emerge at various stages of implementing ACI, from creating user interfaces that follow the standards of accessible design, to applying privacy preserving technology to data collection and ensuring human oversight over all AI systems deployed in community settings.

We hope that the ideas explored by the Civic AI project inspire others working at the local level to think about how they can leverage the combined power of data, collective intelligence and AI to help communities respond to the climate crisis. To realise the full potential of the ACI opportunity requires investing in shared civic infrastructure which will need to be developed and maintained collaboratively by multiple actors, including local authorities, civil society organisations and citizens.

On Tuesday 13 October 2020 we are holding an online event to share these resources and discuss the project with a panel that includes Mary Stevens (Experiments Programme Manager, Friends of the Earth), Paul Brewer (Director for Digital, Sustainability and Resources, Adur & Worthing Council), Andrea Thornberry (Data Specialist, Belfast City Council) and Indy Johar (Founding Director, Dark Matter Labs). We invite others from third-sector organisations, local authorities and technology experts to join us for the discussion!

Sign up to join us for the online discussion

This piece was adapted from a longer article by the project team which can be found on Medium.

We would like to extend our sincere thanks to a number of individuals and organisations for the conversations, insights and feedback that have contributed deeply to this research:

Further resources for the Civic AI project will be maintained and updated by Dark Matter Labs & Lucidminds at https://civic-ai.org/

Bulent Ozel is Co-founder and CEO at Lucidminds

Sander van der Hoog is Head of Simulation at Lucidminds

Oguzhan Yayla is Co-founder and CTO at Lucidminds 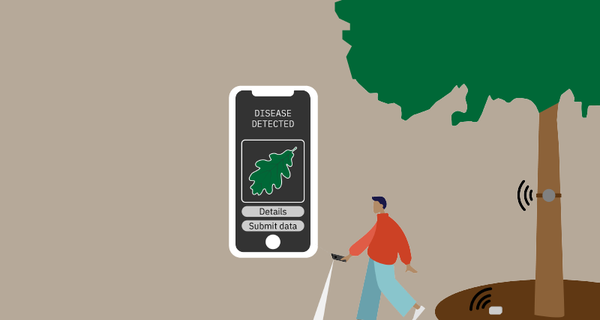 This toolkit is for civil society organisations and local authorities who want to empower communities to address the climate crisis, using AI to help manage and maintain civic assets. 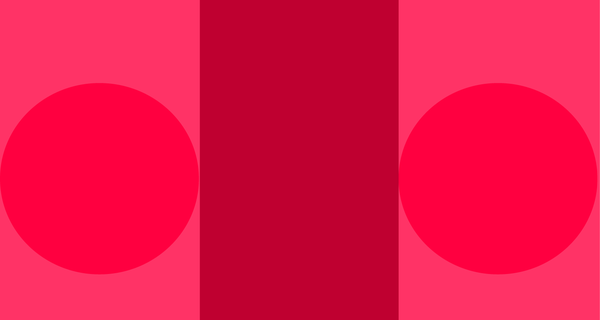 The future of minds and machines: how artificial intelligence can enhance collective intelligence