Our work requires the support and guidance of a broad community of experts and practitioners, and to help us achieve this we are excited to announce the establishment of our Advisory Board.
05 August 2020
In Futurescoping
4 min read

Nesta leads NGI Forward, the strategy and policy arm of the European Commission’s flagship Next Generation Internet initiative, which seeks to build a more democratic, inclusive, resilient, sustainable and trustworthy internet by 2030.

This work requires the support and guidance of a broad community of experts and practitioners, and to help us achieve this we are excited to announce the establishment of our Advisory Board. Our Advisory Board members have been chosen to help us have the biggest impact we possibly can by connecting us with new networks, guiding our ideas and giving critical feedback on our plans. 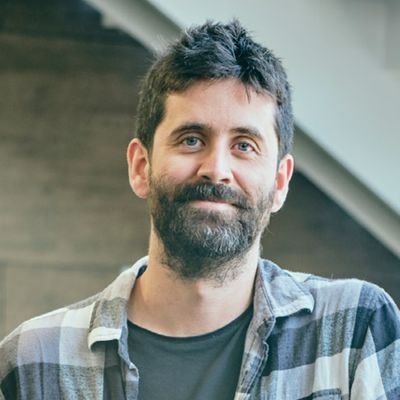 Pablo is a research scientist at Eurecat and adjunct professor at Universitat Pompeu Fabra. His research in computational social science focuses on characterizing online participation in civic technologies, the online network structures of grassroots movements and political parties, and the techno political dimension of networked democracy. He is also a board member of Decidim, the free open source platform for participatory democracy. Follow Pablo on Twitter. 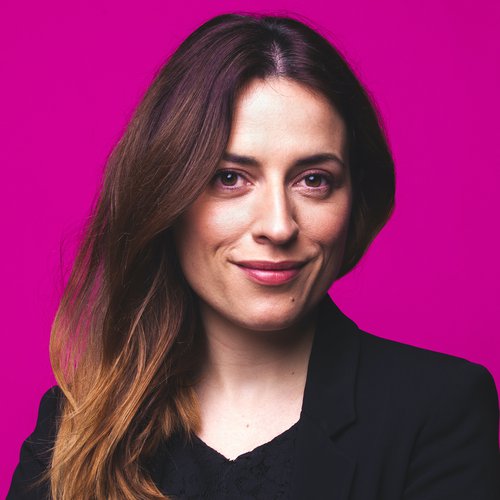 Mara is a Human Computer Interaction (HCI) researcher and a digital transformation strategist. Mara’s work sits at the intersection of civic technology, data, AI and co-creation. She is former CEO of Ideas for Change innovation agency and was cabinet advisor to the Secretary of State for Digitalization and AI at the Government of Spain. Mara earned a PhD in Computer Science from the Intel Collaborative Research Institute on Sustainable Connected Cities (ICRI-Cities) at University College London (UCL). She also holds a MSc in Cognitive Systems and Interactive Media from Universitat Pompeu Fabra. Her work has been awarded at ACM CHI, ACM CSCW, Ars Electronica, among others, and featured in international media such as the BBC, The Guardian, The Financial Times and El País. Follow Mara on Twitter. 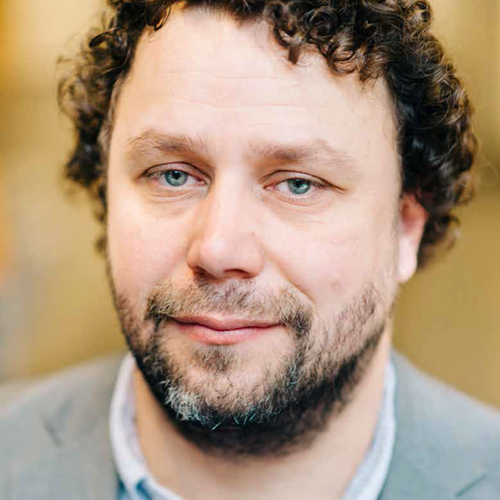 Ger Baron is the Chief Technology Officer of the City of Amsterdam. His professional career started at Accenture, where he worked as an analyst in the consulting department. In 2007, he was hired by Amsterdam Innovation Motor (AIM) in the role of project manager, specifically to develop and enhance the role of ICT. Baron was responsible for starting up the Amsterdam ICT-cluster and he initiated several projects in public-private partnership. Among these were a number of projects related to the development of Amsterdam’s Smart City initiative. Currently, Mr Baron is responsible for innovation, R&D and innovation partnerships within the City of Amsterdam. In addition, he serves as president of the City Protocol Society. Follow Ger on Twitter. 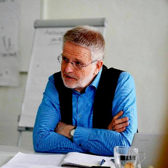 Martin’s research focuses on the relationships between science and society, as perceived from a geoscience baseline. He likes to explore concepts that describe the ‘human-biogeosphere intersections’, refer to societal practices (citizen science, governance arrangements, or narratives) or encroach on complex notions such as Anthropocene, noosphere or engineering. From 1991 to 2019, he was affiliated with the Directorate General for Research and Innovation (DG RTD) of the European Commission, where he worked in operational, executive and senior advisory functions. Before these experiences, he studied the dynamics of coastal seas and lakes. Follow Martin on Twitter. 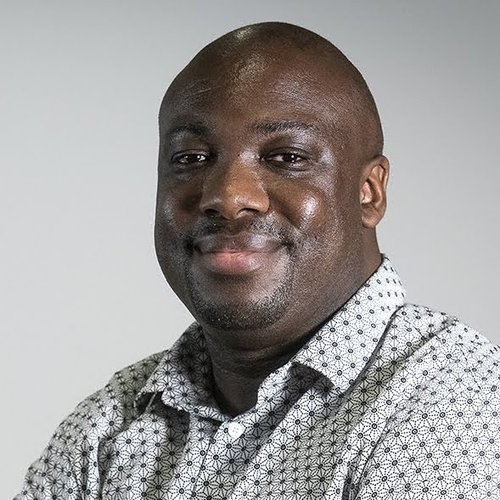 Ian is a well known and likeable character on the digital scene in the UK. He has now made Manchester his home, where he works for the BBC’s R&D North lab. He focuses on open innovation and new disruptive opportunities via open engagement and collaborations with startups, early adopters and hackers. His current research is in the area of Future Narrative and Storytelling, with a technology he calls Perceptive Media. A new kind method of broadcasting, which pairs the best of broadcast with the best of the internet to create an experience like sitting around a campfire telling stories. His background is in interaction design, which he combines with development using XML and semantic web technologies. He tends to live a few years in the future, and has an excellent eye for spotting the opportunities of open technologies and new business models. Follow Ian on Twitter. 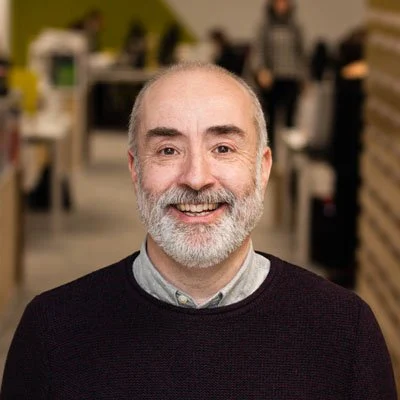 Simon is Deputy CEO of Nesta, where he leads the organisation’s operational teams and oversees the content-creation teams. He also works on strategy and the day-to-day issues. He has been a Nesta exec for almost seven years and holds a lot of corporate memory as well as practical experience, which he tries to use to mentor individuals and units throughout the business. Prior to Nesta, he held senior positions at the Institute of Fundraising, Home Office, Royal College of Midwives and the National Trust. He also worked in charity and local government communications and as a journalist in the commercial sector. 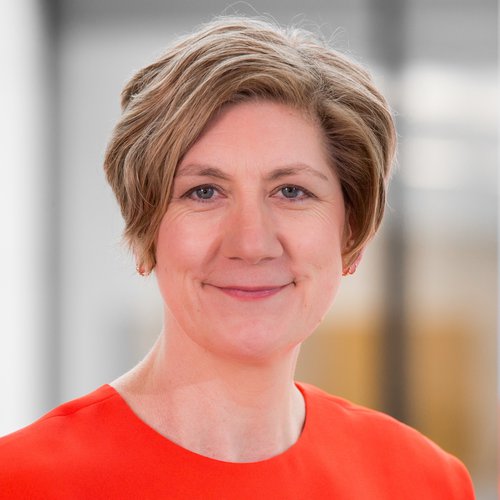 Inger is responsible for Vodafone Germany’s corporate responsibility strategy. She is Chairwoman of the Management Board of the Vodafone Foundation Germany and Managing Director of the Vodafone Institute for Society and Communications. Before joining Vodafone, Inger held multiple positions in Corporate Affairs and Corporate Communications at Microsoft. As Head of Economic and Social Policy she developed campaigns and initiatives on issues ranging from digital education and industry 4.0 to the future of work. Furthermore, she led the Microsoft’s Berlin Center, which was established to foster the dialogue between government and society. Prior to that, she led Microsoft’s Corporate Communications in Western Europe and Germany. Inger Paus gained her media experience in public service broadcasting and as a consultant for media and technology companies on issues concerning political communications. Follow Inger on Twitter. 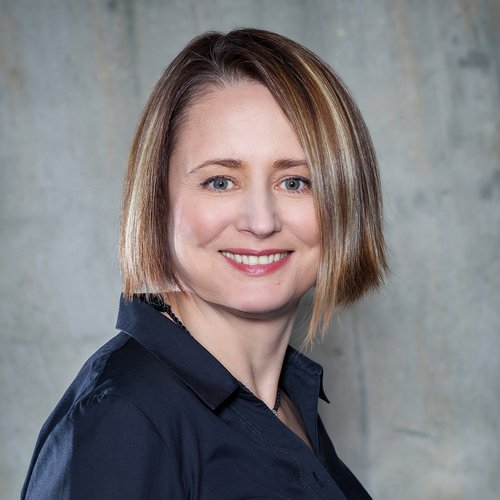 Katarzyna is a professor at the Faculty of Economic Sciences of the University of Warsaw. Her interests mainly focus on digital economy, the Digital Single Market strategy, international economy, economic integration and regionalism. Katarzyna is also a member of Readie – Europe’s Research Alliance for a Digital Economy, a member of the Council for Digitization at the Ministry of Digitization and a member of the Council 17 at the 17 Goals Campaign. She is also co-author of a recently published book titled “Digital Economy: How new technologies change the world”. Follow Katarzyna on Twitter. 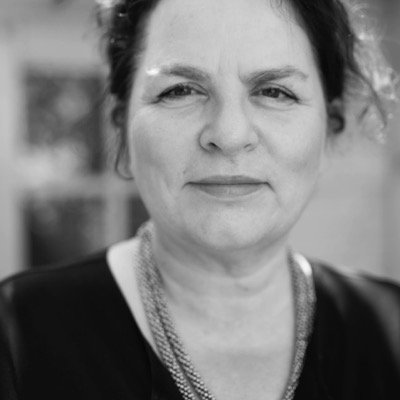 Marleen Stikker founded and leads Waag, a social enterprise that consists of a research institute for creative technologies and social innovation and Waag Products, that launched companies like Fairphone, the first fair smartphone in the world. Marleen also founded 'De Digitale Stad' (The Digital City) in 1993, the first virtual community introducing free public access to the Internet in Amsterdam. She is also a member of the European Commission's H2020 High-level Expert Group for SRIA on innovating Cities/DGResearch and the Dutch AcTI academy for technology & innovation. Follow Marleen on Twitter. 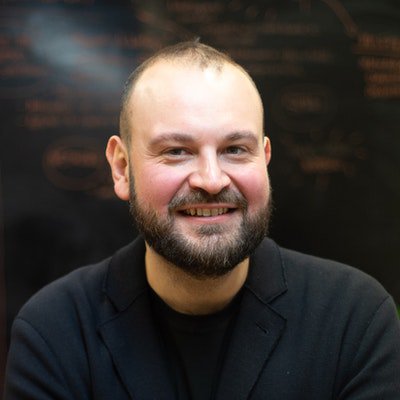 Marco is the Chief Executive of Nesta Italia and Director of the Social Innovation Design BA at IAAD University. Marco joined Nesta in 2011 and before setting up Nesta Italia he was Head of European Development and he contributed to the set-up of Challenge Prize Centre, and led most of the Centre’s European and international work. Follow Marco on Twitter.