Antibiotics: GPs still erring on side of caution despite patients requesting less

Antibiotics: GPs still erring on side of caution despite patients requesting less

Two new research polls commissioned by The Longitude Prize have been unveiled today revealing that patients are no longer asking GPs for antibiotics as frequently as in previous years, indicating that the recent massive awareness campaigns are having the desired effect. However, there are still widespread misconceptions around antibiotics, with almost a quarter of respondents wrongly believing that antibiotics can treat viral infections. Additionally, despite UK GPs reducing antibiotic prescriptions, a high proportion of antibiotics are still being prescribed when GPs err on the side of caution partly due to the lack of tools to diagnose bacterial infections.

Key highlights of the new research polls include:

The £10 million five-year Longitude Prize fund was launched in 2014, with a challenge to develop a point-of-care test to detect and understand infections to help ensure the right antibiotics are used at the right time. Now in its third year, the Longitude Prize will reward a competitor that can develop a point-of-care diagnostic test that will conserve antibiotics for future generations.

A number of potentially life-threatening bacterial infections can be treated if caught early. The development of a rapid diagnostic test to identify whether antibiotics are needed is crucial in addressing the global public health threat from bacteria that can no longer be treated with antibiotics and to help drastically reduce the overprescription of these drugs, safeguarding them for future generations.

Professor Dame Sally Davies, Chief Medical Officer England and co-convener of the UN Inter-Agency Co-ordination Group on AMR said: "Drug-resistant superbugs are already killing hundreds of thousands of people around the world, and this problem is only getting worse. The world is taking notice, and huge strides have been made recently—but tangible action has been far too slow to follow. We need to up the ante. Diagnostics have a key role to play in reducing inappropriate prescribing of antibiotics and in clinical trials of new drugs, I urge people to develop their ideas for diagnostics further."

Overuse of antibiotics is one of the leading causes of global drug resistance which, according to the government-backed AMR Review led by Lord Jim O’Neill, could cost up to 10 million lives worldwide each year by 2050. GPs have come under increasing pressure to curb overprescription of antibiotics, with the UK Government targeting a 50 per cent reduction in inappropriate prescriptions by 2020. New data recently unveiled by Public Health England has revealed that between 2012 and 2016, GP antibiotic prescribing has reduced by 13 per cent, largely driven by reductions in use of penicillins.

The new poll* of over 1,000 General Practitioners (GPs) commissioned by the Longitude Prize unveiled today reveals that although antibiotics are used only to treat bacterial infections, 37 per cent of GPs surveyed said they have prescribed them for a viral infection when they know it won’t treat the condition; this is a marked improvement from 2014 when almost half of GPs (45 per cent) said they’d prescribed antibiotics for a viral infection. Plus, 35 per cent of GPs report prescribing antibiotics unnecessarily because there is a lack of easy-to-use diagnostic tools.

Additionally, a new consumer poll** looking at UK public perceptions of the threat from drug-resistant bacteria published by the Longitude Prize today has also revealed:

Dr Clare Chandler, co-Director of the AMR Centre at the London School of Hygiene & Tropical Medicine comments: “These results demonstrate that the use of antibiotics by GPs relates more to diagnostic uncertainty than direct demand from patients. GPs need support to manage this, and the reasons that antibiotics have hitherto served to resolve this uncertainty need further exploration.”

Daniel Berman, Longitude Prize lead at Nesta, the innovation foundation, adds: “The unnecessary over-prescription of antibiotics is one of the major factors in the growth of resistant strains of bacteria. Across the globe we need accurate point-of-care diagnostic tools to maximise the chances that antibiotics are only used when medically necessary and that the right ones are selected. The Longitude Prize now has 250 competitors worldwide all competing to find a cheap and effective diagnostic tool that can be used anywhere in the world to help stem the misuse and overuse of antibiotics.”

*MedeConnect conducted a regionally representative online omnibus survey of GPs across the UK on behalf of the Longitude Prize in 2014 and again in 2017. 1,002 GPs responded to the survey between 18 and 30 October 2017. MedeConnect is the market research division of Doctors.net.uk

**Populus interviewed a random sample of 1,077 UK adults aged 18+ from its online panel between 27 and 29 October 2017. Surveys were conducted across the country and the results have been weighted to the profile of all adults. Populus is a member of the British Polling Council and abides by its rules. For more details go to www.populus.co.uk

The Longitude Prize has been developed by Nesta, the innovation foundation, and has a £10 million prize fund to develop a rapid diagnostic to help tackle antimicrobial resistance. It was announced by the Prime Minister at G8 in 2013 and is being supported by Innovate UK as funding partner. The Prize commemorates the 300th anniversary of the Longitude Act (1714) when the British government threw down the gauntlet to solve one of the great scientific challenges of that century: how to pinpoint a ship’s location at sea by knowing its longitude. www.longitudeprize.org / @longitude_prize

Nesta is a global innovation foundation. We back new ideas to tackle the big challenges of our time, making use of our knowledge, networks, funding and skills. We work in partnership with others, including governments, businesses and charities. We are a UK charity that works all over the world, supported by a financial endowment. To find out more visit www.nesta.org.uk

Innovate UK is the UK’s innovation agency. Innovate UK works with people, companies and partner organisations to find and drive the science and technology innovations that will grow the UK economy - delivering productivity, new jobs and exports. Our aim at Innovate UK is to keep the UK globally competitive in the race for future prosperity. 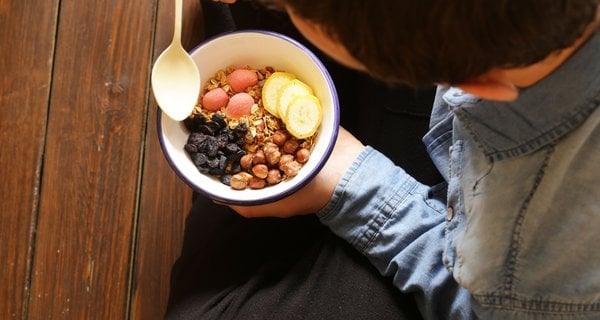 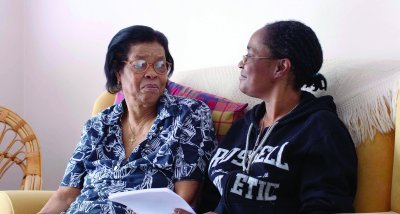