First piece of research from the Creative Industries Policy and Evidence Centre uses 35 million job adverts from 2013 to 2017 to demonstrate the importance of creativity to jobs that are predicted to grow.

13th November 2018 - A new study(1) of 35 million UK job adverts from 2013-2017 finds that employers require creativity in jobs that are particularly likely to grow in importance in the future workforce.

Looking at 39 transferable skills, creativity is consistently identified as the most significant predictor for the likelihood of growth for an occupation between now and 2030(2). Other transferable skills include communication skills, team building, and successfully meeting deadlines.

Creativity and the Future of Skills is the first piece of research from the Creative Industries Policy and Evidence Centre (PEC), and is written in partnership with Nesta researchers. The PEC is led by Nesta and is funded by the Arts & Humanities Research Council as part of the UK Government’s Industrial Strategy. The Centre works to support the growth of the UK’s creative industries through independent research and policy recommendations.

Alongside creativity, organisational and management skills are positively linked to the likelihood of the growth of an occupation. These skills are also found to be important complements to creativity, leaving creative jobs with even better prospects.

In contrast to creativity, and those skills mentioned above, requirements for other transferable skills - such as being detail-oriented, having customer service skills and basic computer skills - turn out to be negatively linked to an occupation’s prospects for growth.

This result may be partly explained by advances in technology and automation. For instance, the need to be a detail-oriented writer is becoming less important with the spell check function on a computer. Similarly, although demand for interpersonal skills are predicted to grow, many customer-facing jobs on the high street (such as a supermarket checkout operator) have been replaced by machines in recent years, or have gone online. Routine-intensive ‘basic computer skills’ are also often associated with jobs that can be automated.

The research also analyses how the word creativity is being used in the job market. It finds that there is a strong demand for ‘creativity’ in particular occupations. Although others have argued that the term is ubiquitous, ‘creativity’ is barely mentioned in the majority of adverts.

For instance, job adverts for Graphic designers are much more likely to mention creativity than adverts for both Management Consultants and Business Analysts (13 times more likely) and for Research and Development Managers (four times more likely). In this regard, ‘creativity’ isn’t a term like ‘communication skills’ - another transferable skill that the research shows is very commonly used in job adverts.

The research also reveals that demand for ‘creativity’ isn’t confined to occupations defined as ‘creative’ by the Department for Digital, Culture, Media and Sport (DCMS). Occupations for which employers frequently request ‘creativity’ but are not included in the DCMS’s Creative Occupations list include:

The research also identifies a group of occupations that look similar to more traditional ‘creative occupations’ owing to the technical skills that they require, but again which are not typically thought of by policymakers as creative. Examples of these include engineers, manufacturing and business development roles.

"The new Creative Industries Policy and Evidence Centre will be producing evidence on how to grow the creative industries at a time when the UK faces huge economic uncertainties. One of the challenges we face is how to upskill the workforce to meet the UK's future needs. In this research, we analyse millions of job ads to work out which skills are needed for the jobs of the future. We find that of all transferable skills mentioned by employers in job ads, creativity is easily the most associated with high-growth occupations. What's more, the Government needs to think broadly about the value of creativity: the research suggests it is important in jobs as wide-ranging as engineers, manufacturing and business development, not just in roles traditionally recognised as being creative.”

The full analysis, ‘Creativity and the future of skills’, can be viewed and downloaded here: http://pec.ac.uk/publications.html

About the Creative Industries Policy and Evidence Centre (the PEC)

The Creative Industries Policy and Evidence Centre (the PEC) works to support the growth of the UK’s creative industries through the production of independent and authoritative evidence and policy advice. Led by Nesta and funded by the Arts & Humanities Research Council as part of the UK Government’s Industrial Strategy, the Centre comprises a consortium of universities from across the UK (Birmingham; Cardiff; Edinburgh; Glasgow; Work Foundation at Lancaster University; LSE; Manchester; Newcastle; Sussex; Ulster). The PEC will work with a diverse range of industry partners including the Creative Industries Federation.

About Nesta: Nesta is a global innovation foundation. We back new ideas to tackle the big challenges of our time, making use of our knowledge, networks, funding and skills. We work in partnership with others, including governments, businesses and charities. We are a UK charity that works all over the world, supported by a financial endowment. To find out more visit www.nesta.org.uk 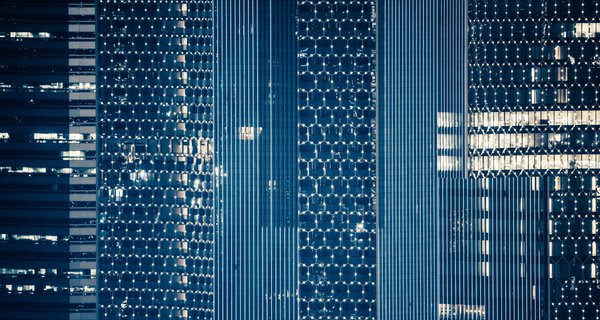 Meet the innovators with bold ideas to reimagine the way public interest news is funded and developed.

Is digital creativity becoming the domain of the privileged?