Challenge prizes offer a reward to whoever can first or most effectively meet a defined challenge. Through a public competition, challenge prizes aim to tap into and engage the broadest possible community of innovators in the solving of a specific problem or challenge.

How do challenge prizes work?

Challenge prizes can be used to solve problems in almost any field. The formula is simple: offer a financial reward for the first or best solution to a problem, attract the best innovators, and give them the support they need to compete.

Prizes specify a problem to be solved and incentivise solvers anywhere to address the issue in whatever way they deem best. Published criteria define what success looks like, without prejudging how it is achieved.

Challenge prizes can incentivise new thinking and reward the best solutions, wherever they come from, however they work. They go beyond the usual suspects and reach innovators that other funding mechanisms miss.

Challenge prizes can also bring together innovators and help them thrive. Prizes help innovators by raising their profile, bringing them into contact with expertise, investment and new customers. And alongside the cash prize at the end, prizes typically have other support too, such as seed funding, help with networking, mentoring, testing or access to legal and marketing support.

Finally, prizes can unlock systemic change. They don’t just create solutions to a narrow technical problem. They can raise awareness of a broader issue with the public, and they can shape policy and inform regulators. Done right, they can create whole new technologies and markets, and shape them in a socially beneficial way.

Challenge prizes are particularly suited to solving problems that share some key characteristics:

Challenge prizes have a long heritage, going back to 18th century challenges for determining longitude at sea and preserving food for the military. They played a major role in the development of civil aviation too: the first pilots to fly planes across the English Channel (1909) and the Atlantic (1919) were competing for the Daily Mail prizes, while Charles Lindbergh’s pioneering solo flight from New York to Paris won him the Orteig Prize (1927).

They have seen a renaissance in recent years, with major prizes including the Ansari XPRIZE for the first private human spaceflight (awarded 2004), the DARPA Grand Challenges for autonomous vehicles (2004–2013) and Nesta’s Longitude Prize to combat antimicrobial resistance (launched 2014).

Nesta’s work on challenge prizes began with the £1 million Big Green Challenge in 2008, which encouraged community-led responses to climate change. Some 355 groups came forward with a wide range of imaginative and practical ideas for reducing CO2 emissions in their communities, with three winning teams each receiving £300,000 (and one runner-up receiving £100,000), along with non-financial support, to develop their ideas.

In 2012, inspired by our research into the growth of innovation contests and inducement prizes around the world, we launched Nesta Challenges to increase understanding and practical evidence about inducement prizes as an effective way of stimulating innovation. We did this to encourage more governments, charities and businesses to use the approach effectively for social good.

Today, Nesta Challenges is a hub of expertise on how to use prizes effectively to address social challenges. Since 2013, we have run over 30 prizes totalling £17 million in award value and attracting more than 7,000 innovators, whose bright ideas have addressed issues ranging from how drone technology can be used to benefit cities to how to age well or better integrate migrants and refugees in Europe.

As well as developing prizes to address a range of pressing challenges, Nesta Challenges builds capability and evidence on how to use this approach for social impact. We are committed to growing awareness about challenge prizes and expanding our international network to reach more innovators and potential partners.

In 2015 and 2018 we hosted the Challenges of Our Era summits. These events gathered policymakers, academic researchers, frontline professionals and innovators, technologists and funders to design new challenge initiatives. Topics focused on global problems such as food security and surgical inequality.

We have also created a defined methodology, designed to find areas where innovation is needed most and establish how best to reach new communities of innovators. In 2014, we developed a practice guide to share this approach, providing practical tools and guidance on how to develop a challenge prize.

For the Data Driven Farming Prize, delivered on behalf of the United States Agency for International Development (USAID), Nesta invited innovators to create smart tools to support farmers in producing more food in Nepal. More than 140 teams applied from around the world, with 13 finalists given additional support to develop their product further, with exciting results for plant diagnostics and moisture management.

The Open Up Challenge forms part of the UK Competition & Markets Authority’s (CMA) package of measures to increase competition and innovation in retail banking. Nesta ran the challenge in parallel with the emergence of open banking in the UK, a world-first regulatory initiative to give bank customers control over their data and create opportunities for new business banking models.

The Open Up Challenge sought out the most compelling use cases for how fintechs could use open banking to create value for small businesses – whether through helping them find and compare the most appropriate financial products and services, automating routine but burdensome administrative processes, helping them raise capital or managing and predicting their cashflow. In addition to financial rewards for the best ideas brought to market, the challenge provided access to a unique Data Sandbox to support the fintechs’ product development.

The challenge resulted in a wide a range of innovative products and services coming to market, which are now creating new opportunities for small businesses to benefit from open banking.

The Dynamic Demand Challenge set out to stimulate the development of new technology solutions that help cut emissions and manage demand for electricity at peak times. One contestant, Upside Energy, which balances demand in the grid with energy stored in electric vehicles, domestic heating systems and UPS devices, has attracted investment of over £5 million since entering the prize. Meanwhile, finalist Powervault, which makes a home energy storage device, has also gained new investors since the prize was awarded. 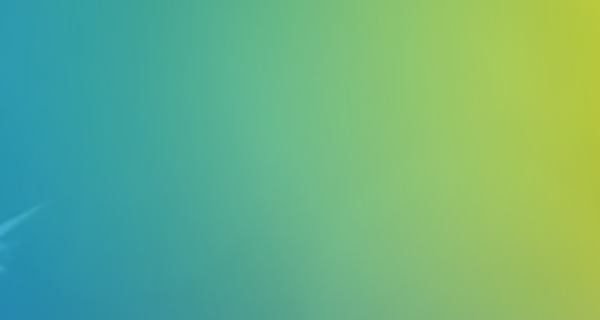