John Wright talks to Nesta about his pride in Bradford, how community spirit and data has driven the city’s response to COVID-19 - and why there’s a gap in the market for a new “people-powered, system-wide” research body.

As a UK-based clinical epidemiologist, John Wright says he “would normally expect to pack a bag and get on a plane to deal with an epidemic.” The arrival of COVID-19 came as a shock. “It’s a lesson to us all,” he reflects. “If you look at the countries that have come well out of this, they are seasoned through MERS or SARS or Ebola. We were so complacent, just so remarkably complacent.”

Wright has spent more than a quarter of a century tackling disease and developing sustainable health systems both in the UK and in Africa (where he lived in the 1990s, working as a medical superintendent in rural Swaziland). In 2015 he was awarded the West Africa Medal for his work in the Ebola outbreak.

He is based in Bradford – “a city I'm very proud of” - and heads the Bradford Institute for Health Research (which he founded) as well as practising as a hands-on clinical epidemiologist and respiratory physician at Bradford Royal Infirmary. He has been a reassuring public presence during the pandemic and has added another area of expertise, broadcasting and writing for the BBC about life and death in his home city, highlighting its powerful sense of identity.

“My job moves from the individual patient through to the whole population,” he says. “I've worked here for 25 years. It's a very poor city but it's got great strengths, and I'm keen to be an ambassador for that.”

Wright believes that Bradford’s strong community spirit has been integral to the way it has coped with COVID-19. “A week before the lockdown, we were doing our own local campaigning to stay at home with community groups, so we were ahead of the curve,” he recalls. “We were a bit frustrated that it wasn't happening nationally. And our clinical community has really come together. I suspect this is true in every health system. So it's a remarkable, remarkable time, actually. While it’s tragic, it has really brought out people's bravery and camaraderie.”

'COVID-19 is a lesson to us all. The countries that have come well out of this are seasoned through MERS or SARS or Ebola. We were just so complacent'

A key element in the city’s response to COVID-19 has been the research systems that Wright and his colleagues already had in place. At the start of the outbreak, the Bradford Health Research Institute was repurposed to form the Covid Scientific Advisory Group (CSAG). They developed a data dashboard to model the impact of the virus - vital to strategy and also an invaluable means to counter potentially dangerous speculation. When misleading information was circulating about what was happening to hospital inpatients from different racial and ethnic backgrounds, Wright could show that outcomes were just as good for those with South Asian heritage as for White patients.

Wright and his colleagues are able to draw on the data from city-wide ‘cohort studies’ they have been running since 2007, when the Born in Bradford programme began following the lives of more than 13,000 families. Wright says they now have about 50,000 people involved and expects the number to double in the next five years. He thinks the linked dataset “is probably one of the richest in Europe.”

He emphasises that the data “isn't just intellectually interesting. We have a research system based on our community needs, and we've got very strong community co-production.” The data and evidence feeds into civic decision-making, giving leaders information they need to plan and spend and ensuring that Wright and his colleagues in public health stay close to the process.

These research programmes will underpin Bradford’s emergence from the pandemic and support the city’s efforts to address the inequalities in public health that have been highlighted by COVID-19. Like Michael Marmot, Wright says that COVID-19 disproportionately infects the poorest, “like almost everything apart from skin cancer and breast cancer,” and that its effect has been magnified by inequalities. (Since we spoke to Wright in May, data on COVID-19 from Public Health England has underlined its impact on deprived and minority ethnic communities.)

Wright’s teams are currently conducting large-scale cohort surveys about the impact of COVID-19 on physical and mental health. “During lockdown, nobody quite knows what's going on,” says Wright. “So the cohorts provide good information about what people’s concerns really are – whether its loneliness, domestic abuse, alcohol or addiction or loss of education. It’s not a snapshot of ‘everybody's a bit pissed off.’ We can show what people were like last year or the year before, what they are like now, and follow that up.”

Bradford’s research base extends across social care, health and education. “It is a systems approach to research,” says Wright “Just as we have a research network in the healthcare system, we have a strong research network in 200 schools. The loss of education will affect the poorest. So the data will help us support those children.”

'There’s a gap in the market for a data-driven, people-powered, system-wide population laboratory.’

Wright has a pragmatic and optimistic approach to tackling health inequalities at a civic level. But no matter the excellence of available data, how much does he really think a city like Bradford can accomplish by itself, when so much inequality is structural and economic?

“It's the hardest bit of this,” he reflects. “Part of me is “glass-half-full” about the things that we can do here at a local level. Education is such an important driver of health. So can we get better education in our schools? The investment’s going there. What more can we do to support schools? Other interventions might include more active travel, 20 mile-an-hour speed limits, mental health interventions. A cumulative effect at that level can make us healthier and happier.”

Filling the other half of the glass involves a fairer sharing of resources. He thinks it will be hard, but there are ideas that can be tested locally: “One of the ideas we’d like to try here is universal basic income. And participatory budgeting that involves citizens in financial decision-making.”

Wright is adamant about the need for more active local trials to test out practical approaches to improving the health of the public . He admits to frustration about the pace of change. “I’m an impatient man,” he says. “I’m not interested in doing research just to publish papers. It's got to be something that makes a difference to people's lives. Everything that we've done in Bradford is really around that.”

“I think we're so far from anything that actually does this - it seems like such a gap in the market” he says. His vision is of a “data driven, people powered system-wide ‘population laboratory’ to test different things, and to test the cost effectiveness of different things, so that policymakers can work out what their impact is.”

Right now, Wright believes our research and development approach is too disparate - “we scatter prevention interventions all over the place and focus on a single aspect of the system, whether it's educational, exercise or diet, so they never have any effect.”

'We should learn lessons. We build these fantastic, huge glass laboratories, focusing on the cure, and actually it is more about how we stop things happening'

He talks about the need for research that leads to “incremental change, but accumulative effect” and harnesses the ideas in our community. He’s concerned that current interventions can be designed with no more than “notional” public involvement and meet with little interest in the communities they are intended for.

More generally, he thinks that public health policy is “clunky, top-down and centralised” and has hindered our response to the pandemic. We need to shift to a more federalised, grassroots model.

Wright knows this requires a change of mind-set: “Some of this stuff is fairly simple notionally but unusual to implement, because it is based on this complex system idea, of change across urban design and transport and housing and arts and culture and education and health. We still struggle with the idea that you can influence things outside our silos.”

Wright has been working to challenge assumptions. Last year he set up ActEarly, which is developing a whole systems city collaboratory approach to improving the health and life chances of children from deprived communities.

Addressing local complexity would be a major task for any new research and development body. Wright feels it should be based in the North of England, because “if we are focussing on health and inequalities, then that’s not a bad place to put it.” He says that the project needs a city and its systems; after all, it’s “not about a building; it is about a population.” He would definitely welcome it to Bradford.

'It's a remarkable time. While it’s tragic, it has brought out people's bravery and camaraderie.'

Looking into the future, does Wright think that we could have another crisis comparable to COVID-19, and how prepared will we be next time? “We've been hit hard,” he says. “There's a good chance that in another 10 years another virus may sweep up. I think we will be prepared with our PPE and our testing. But we should learn lessons, and one of those lessons is our neglect of public health and epidemiology research. We build these fantastic, huge glass laboratories, focusing on the cure, and actually it is more about how we stop things happening.”

He thinks the appalling human and economic cost of COVID-19 has to be a turning point.

“What a small cost it would have been to prevent it,” he sighs. “Never has that equation been so stacked up on one side. This is one of those few moments in history where we pause, and we reflect, and we think about how we could do things differently. Let's build that prevention research into the agenda, so we understand what really can make a difference.” 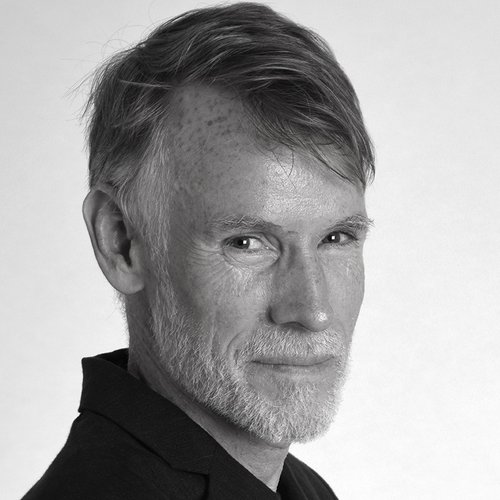 John Wright is a clinician and epidemiologist with a background in hospital medicine and public health in the UK and in Africa. He established and leads the Bradford Institute for Health Research and Wolfson Centre for Applied Health Research, working to speed up translation of medical research into practice and policy. In 2007 he set up the Born in Bradford (BiB) cohort study to follow the lives of over 13,000 families as their children grow up. Evidence from BiB has had national and international impact and provided a catalyst for the development of Bradford as a City of Research. In 2016 he set up Born in Bradford’s Better Start cohort to test new approaches to providing the best support in the crucial period of early life. He has worked to develop sustainable public health programmes in Africa for over 25 years and in 2015 was awarded the West Africa medal by the Prime Minister for his work in the Ebola epidemic. He is Visiting Professor in Clinical Epidemiology at the Universities of York, Leeds and Bradford.