More and more, businesses and individuals are turning away from banks and towards alternative finance providers, both peer-to-peer lenders like Zopa and Funding Circle, and crowdfunding platforms like Kickstarter or Crowdcube. The field is growing at breakneck speed – 161 per cent per year, according to research from Nesta and the University of Cambridge.

2015 will bring further growth, but it’ll also bring a shock. A high-profile crowdfunded project will fail, a peer-to-peer lending platform will deliver disappointing returns to savers, or a smaller platform will go under, taking people’s money with it.

We’ve already seen some foreshadowing of this. Some crowdfunding donors were riled when crowdfunded virtual-reality pioneers Oculus were sold to Facebook for billions but they got nothing. When the price of Bitcoin plummeted this year, there were stories of naïve investors who’d put their life savings into it and got burnt. Quakle, an early peer-to-peer lending platform, went under back in 2012. And there have already been calls for tighter regulations of crowdfunding platforms to prevent blow-ups.

When a crowdfunding or peer-to-peer finance glitch happens, there will be an outcry. Emotive stories will emerge about disappointed savers. Personal finance programmes will broadcast glum warnings about the risks of stepping outside the safe embrace of the big banks. Columnists will stroke their chins and wonder whether this is a bad sign for the emerging sector.

But you know what? An event like this shouldn’t be seen as a black mark for alternative finance, but rather as a sign of its coming of age.

Right now, alternative finance is moving from a niche pursuit to a material part of the business funding landscape. And sometimes, investments don’t work out. Projects fail, borrowers can’t repay their loans, stuff happens. Some element of risk is an inherent part of finance.

Nesta research on angel investment, for example, showed that most angel deals don’t make money. The leading peer-to-peer lenders and crowdfunding platforms are already being upfront about this, and investors enjoy an appropriate return for the risk they take on.

An instance of failure in the alternative finance market will support platforms and lenders with good businesses and honest policies, which will be a good thing for the sector as a whole and its future growth.

And of course, it’ll remind us of two of the biggest advantages of alternative finance. First of all, the risk it offers is relatively contained, compared to the risk of other types of finance. The failure of a single crowdfunding project or even of a peer-to-peer lending platform will be bad news for some investors, but it will be a drop in the ocean compared to the fall-out and systemic shock from the failures we’ve seen in the last decade in the mainstream financial sector.

Secondly, the ups and downs of alternative finance are played out in public. This means that everyone knows if a project fails. By contrast, if a business loan made by a bank goes bad, most people will never find out. This might lead to patches of bad PR for alternative finance. But it’s surely a good thing for society: we’ve all seen the problems caused when big financial institutions keep quiet about their failures until it’s too late. 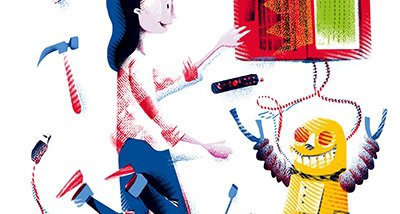 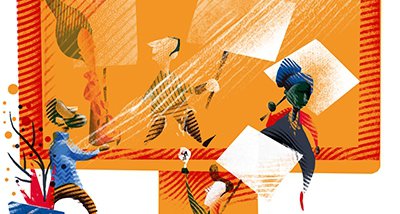