We are seeking imaginative, challenging and transformative ideas about how we can make government better.
Thursday, 18 April 2019
In Government innovation Futurescoping
5 min read

Is government fit for purpose? It feels increasingly difficult to answer that question in the affirmative. It is this fear - that government and our public services are not longer up to the job - that inspired us to launch our Open Call seeking Radical Visions of future government. We are seeking imaginative, challenging and transformative ideas about how we can make government better. The product of this work will be a collection of essays, provocations and future scenarios published at a major Nesta event in September 2019. This blog sets out in more detail why we thought this was needed.

If you’ve managed to avoid news of the funding crisis affecting public services and welfare provision in the UK, count yourself lucky. As Gavin Kelly, the Chief Executive of the Resolution Foundation, sets out in unsparing detail, the impact of nearly a decade of austerity is now felt in every aspect of our public services. It makes for grim reading.

In schools, buildings are closing early and teaching hours are being cut back, while Further Education and adult learning have seen 13 per cent and 45 per cent per person cuts since 2010. In 2018, Northamptonshire council effectively went bust and more are expected to follow. The Local Government Association forecast a funding shortfall for councils of £8 billion by 2025. It’s possible some councils will be able to afford little else but social care and bin services. Benefits spending has been cut to the bone, leading to huge rises in rough sleeping and food bank usage. Even in the health service, supposedly ring-fenced from cuts, there is an estimated £20 billion extra needed by 2023 to keep the system afloat.

It’s possible to argue that austerity is a political choice, or that some social challenges are driven by political rather than spending choices. But at the 2017 General Election, all major party manifestos acknowledged that government revenue spending is constrained by taxation income. This means tough choices are going to have to be made about how resources are reallocated and how we meet increasing demand with less.

The Social Contract has broken

Even if there was money (and if anyone from the Treasury is reading - this would be nice), the nature of problems we face expose a public service system which has not adapted quickly enough to changing social and demographic pressures. Simply pouring more money in at the top would not make our public services sustainable.

In Radical Help, Hilary Cottam sets out a powerful critique of the current welfare state. Constructed through the Beveridge Report, the current social contract pledges that in exchange for taxation and a degree of personal responsibility, the state will use its power and resources to cure the ‘giant evils’ of disease, want, idleness, squalor and ignorance. This no longer holds true.

Working hard, gaining skills and qualifications no longer automatically translates into a secure job and a sensible wage. Paying taxes throughout your life is no longer a guarantee of state provided care and support in later life. Social security payments no longer protect recipients from want and squalor. To compound this, the services designed to support people most in need can be fragmented, unpersonal, and so fixated on bureaucracy they have no time to help people.

This is partly down to funding but there are other factors in play. The challenges we face now - loneliness, inequality, long-term health conditions - are of a magnitude more complex than the institutions of the post-war welfare state were designed to handle. They require a degree of coordination, flexibility and humanity that doesn’t fit with the traditional view of public services.

The last 10 years has seen significant shifts in policy and practice for public services. There is now much more emphasis on place-shaping, cross public sector working, people-centric services, community empowerment, shifts towards preventative provision, while methods such as data analytics or behavioural insights are now becoming mainstream. Service design, experimentalism, agile working, and outcomes-based approaches are becoming the new normal.

This is a positive development, and at Nesta we have been championing these in our research and practical work for a decade. But when we talk to councils, they tell us they are still waiting for a truly radical change. These efforts, impressive as they are, were all top of the agenda a decade ago, much as they are now.

In 2010, the 2020 Public Services Trust published a series of reports as a manifesto for the next ten years, summarised in a ‘2020 vision’. While the language of policy has thankfully become less technocratic, the majority of the ideas in it would still be considered innovative in many local authorities or government departments. It is only really in the field of technology that thinking has advanced significantly, primarily due to developments outside of government.

This is not to argue that these ideas do not still have relevance, importance and need to be pursued through to the point that systems and culture can truly have been said to have changed. But at the same time, shouldn’t we have a new set of leading-edge ideas to focus our thinking for the next ten years to 2030?

Outdated views of the roles of government

Through decades of public service reform, the role of government has gradually shifted. The New Local Government Network characterise this through four paradigmatic views of the role of government. Their new report The Community Paradigm argues that we have moved through paradigms of civic (philanthropy, civil society and church), state (the post-war welfare state of universalism, institutions and top-down control) and market (choice, competition and commissioning) towards one of ‘community’. This sees government playing a very different role. Instead of exercising the power of the state through top-down control or markets, it pushes this power to citizens and communities in the form of democratised decision-making and funding.

Regardless of whether you think that the community paradigm is the right one, this illustrates not just how different the role of government is today compared with 70 years ago, but also how many other options there are available to us. In a blog on new operating models for government, my Nesta colleague Eddie Copeland sets out a range of alternative roles for government. These include funder, investor, sign-poster, convener, matchmaker, incentiviser, place-maker, and data provider.

One task facing governments, communities and citizens should be to think laterally about the best way our resources can be used to create positive social, economic and environmental outcomes. It is likely that different governmental roles will be needed for different outcomes.

A broken democratic system and collapse in trust

The system of accountability, representation and decision-making that holds governments together looks like a relic from a distant past. The process of putting an X in a box every few years no longer meets the demands of modern society. Even by the usual glacial pace of change in government, innovation in our democratic systems has been slow. Most look little different today than they did 50, even 100 years ago. It is little surprise that distrust in government remains alarmingly high.

Nesta have made significant contributions to the debate on how digital technologies can improve democracy, such as our DCENT project and research into digital democracy. The Centre for Collective Intelligence Design also grapples with many of the same issues. The question of how we harness the collective wisdom of individuals and crowds, and use this to augment systems of government, among other things, gets to the core of why democratic processes need to change.

But there remains considerable work to do. There is huge scope for reforming democratic systems from root to branch to restore trust, improve engagement and make better decisions.

In 1942, the year of the Beveridge report, its author announced that it was “time for revolutions, not patching”. In 2019, we find ourselves at a similar juncture.

None of the arguments presented here are particularly new, but they do set out a case for a radical rethink about what we want government to be, what it should do, who it is, and how it should work.

As we approach a new decade, we need positive visions to aim for. The year 2030 is chosen as its close enough to be imaginable, but far enough away for radical change to be contemplated. In recent years Nesta has made use of futures methods for a number of projects (in health, education, local government, the internet, among others). Futures work can help to stretch our imaginations by considering what is desirable, what is plausible, and what should be avoided. We hope this exercise helps people to consider the parameters of a future state, expanding existing ideas and innovations to breaking point or introducing entirely new ones.

Find more information about the Open Call. We encourage you to challenge and surprise us with your ideas. 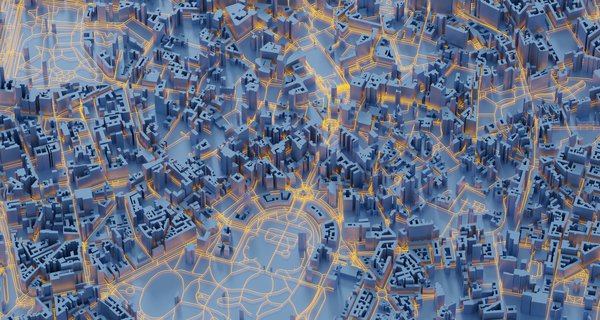 Nesta are excited to announce that in September this year, we will be releasing a collection of radical visions for the future of government, and we’re inviting you to take part!