This morning the Labour party released their Education manifesto A better plan for Education. Here, we use the Political Futures Tracker to provide a bite sized summary of top themes. We tell you what sentiment Labour are expressing about these themes and how future thinking they are about most mentioned big issues.

We can see that Schools are the overwhelming focus of the manifesto with over 270 mentions of related sub-topics in the 25 page document.

Schools are top of the agenda in Labour's Education manifesto 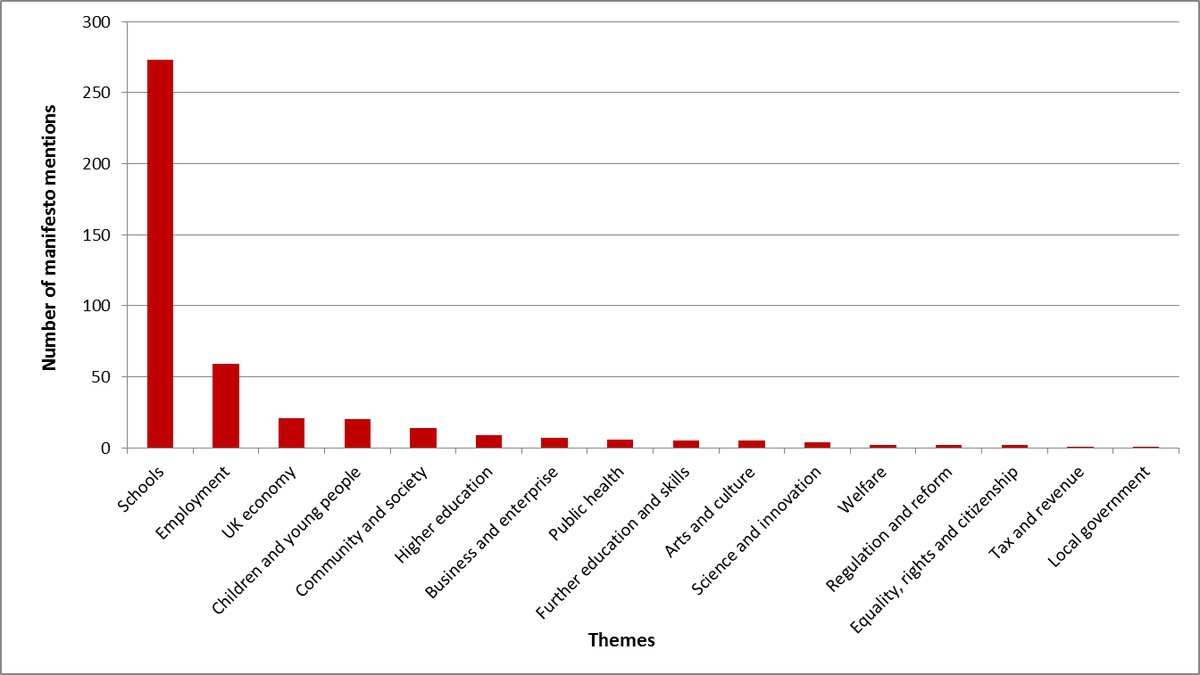 Within the top themes there are a number of sub themes, or specific topics that Labour mention. Again, we can see that schools are top of the list, with Teachers, Skills and Childcare in the top 10.

This ties into one of Labour's key points where they suggest they will put Sure Start Centres back at the centre of communities and oblige them to provide childcare. 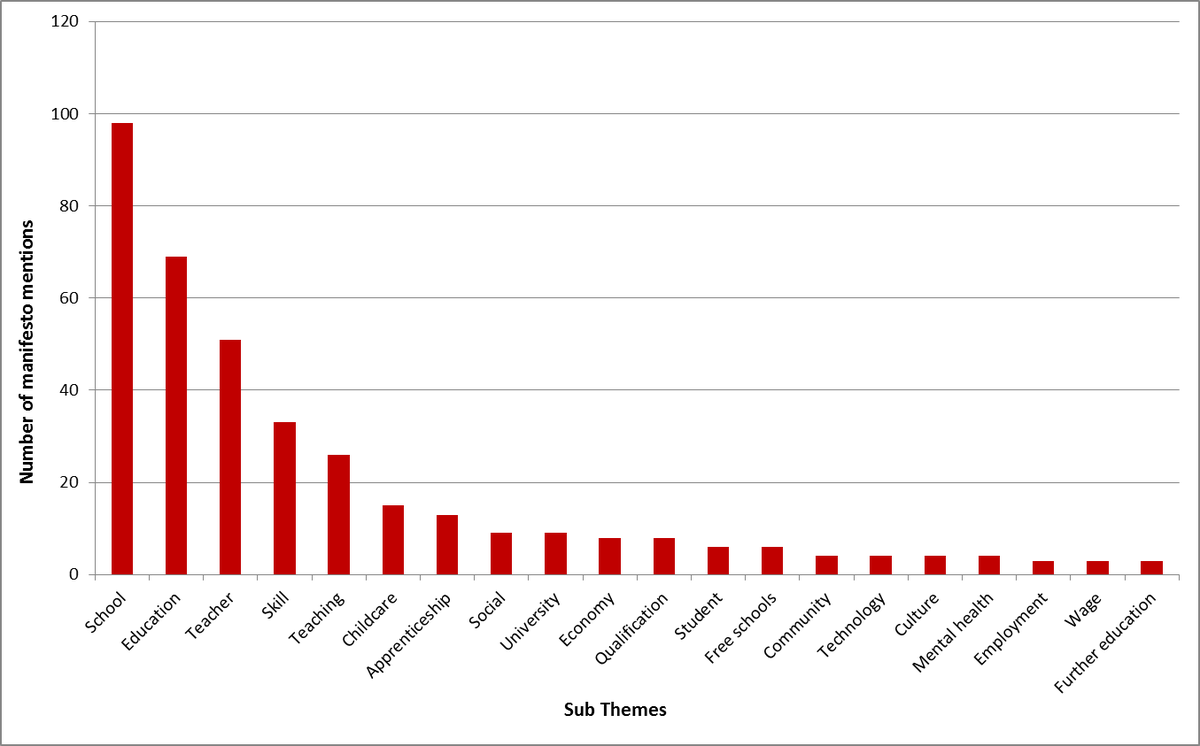 The theme Children and young people is mentioned in a highly positive way in the manifesto, with some negative references (which often relate to alleged failures of policy). Employment is mentioned in a net negative way, for example ...

These young people face a confusing mix of vocational courses, many of which fail to offer progression into good jobs or further study

Community and society is used by the Labour party in a positive way, and in the manifesto is used in the context of societal vibrancy and development of a stronger economy.

Negative mentions of Employment tend to stem from critiques of the education system and its ability to provide for young people for the future.

This links to Labour's key policy points from the manifesto, which includes tackling failing schools and making sure children are taught by qualified teachers. 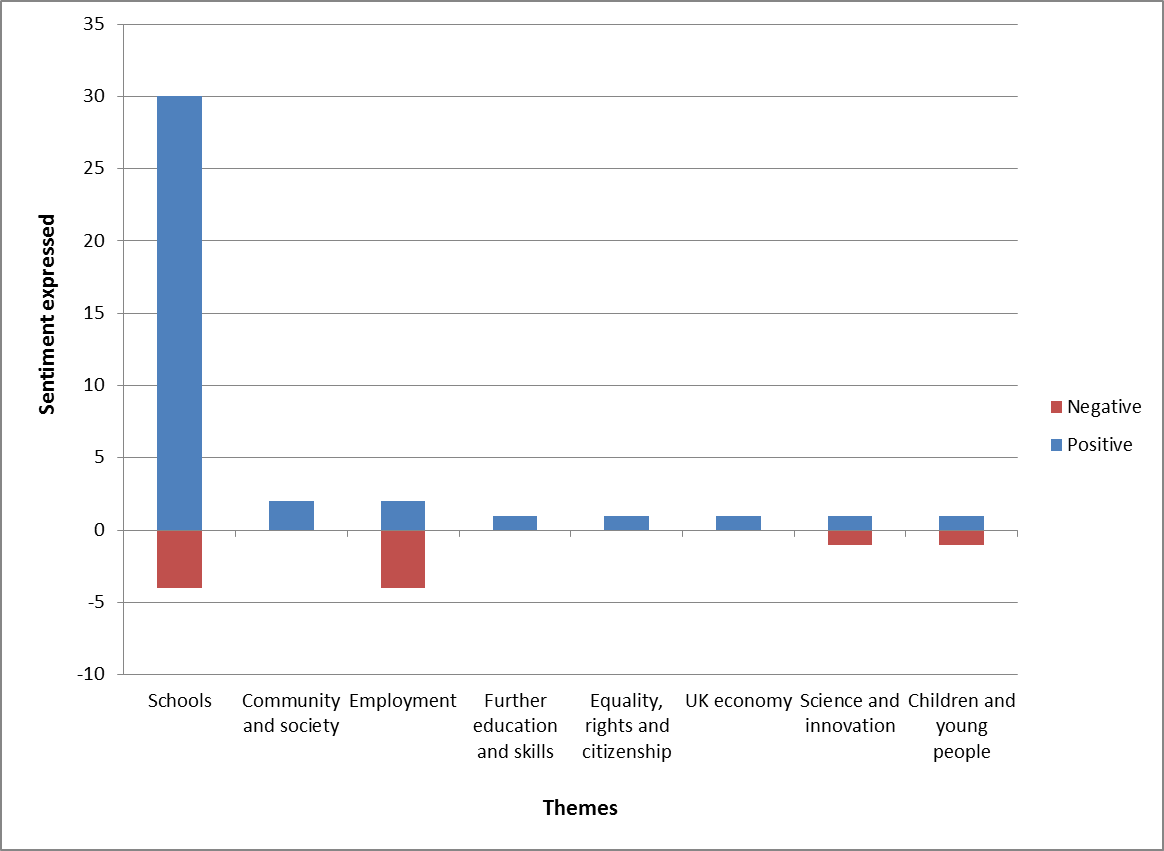 Future thinking analysis automatically identifies words that are time sensitive, and codes the extent to which a theme is being written about in a past, present or future context. This tool allows us to compare and contrast how future thinking political texts or tweets are from parties, individual politicians and candidates. We see that Labour's Education manifesto concludes with a highly positive and future thinking statement...

... we will raise attainment, improve life chances and set the next generation up to succeed in the strong economy and society that Labour will build for the future.

Positive sentiment is often tied to the degree to which themes are mentioned in a forward thinking way. Schools, the UK economy and Employment are the top three themes to which future thinking is most closely associated.

Schools, Higher Education and Employment are all mentioned in a future context in Labour's Education manifesto 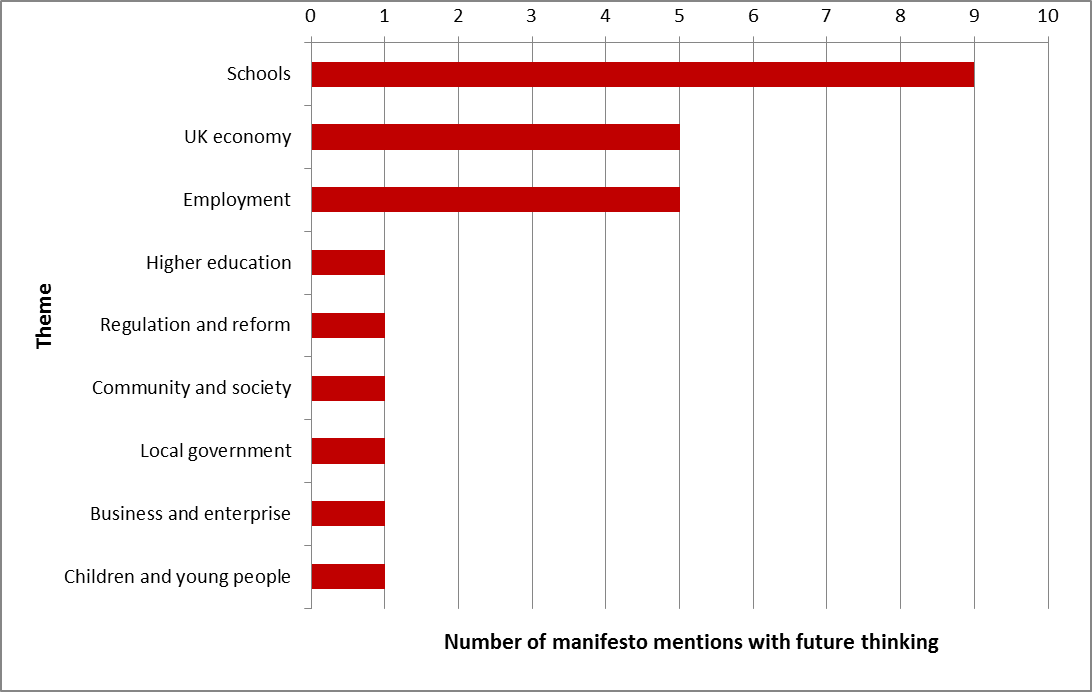 Compare this to the Labour Party's Business manifesto that we also analysed using the Political Futures Tracker, and we can see that the UK economy, Employment and Regulation reform feature in the top 10 forward thinking themes for both. 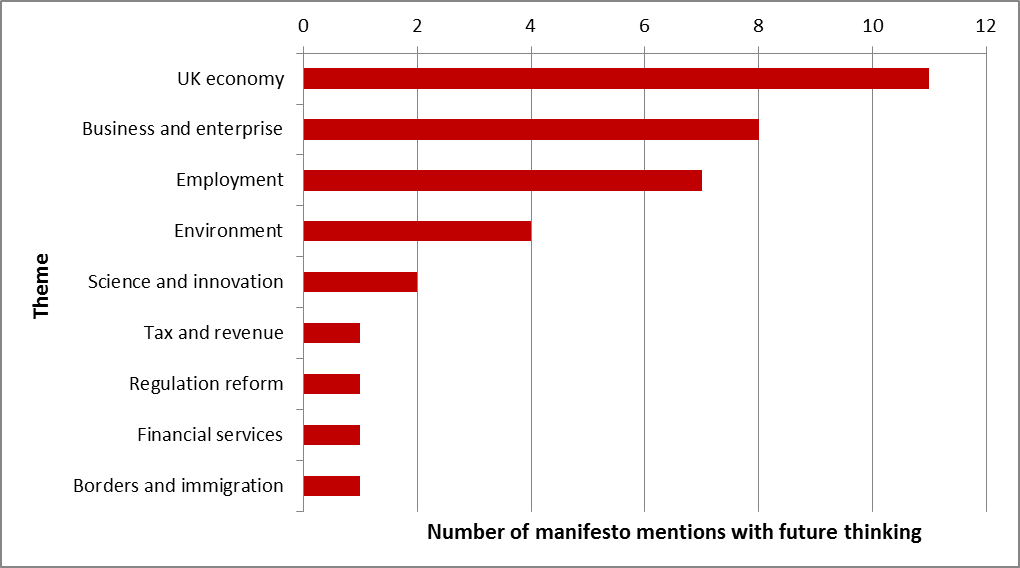 In Business manifesto top themes, we see the high frequency mentions of Schools, Community and Society and Welfare. This is also reflected in today's Education manifesto release, and ties into Labour's statement of core party values which include social justice, strong community and strong values. 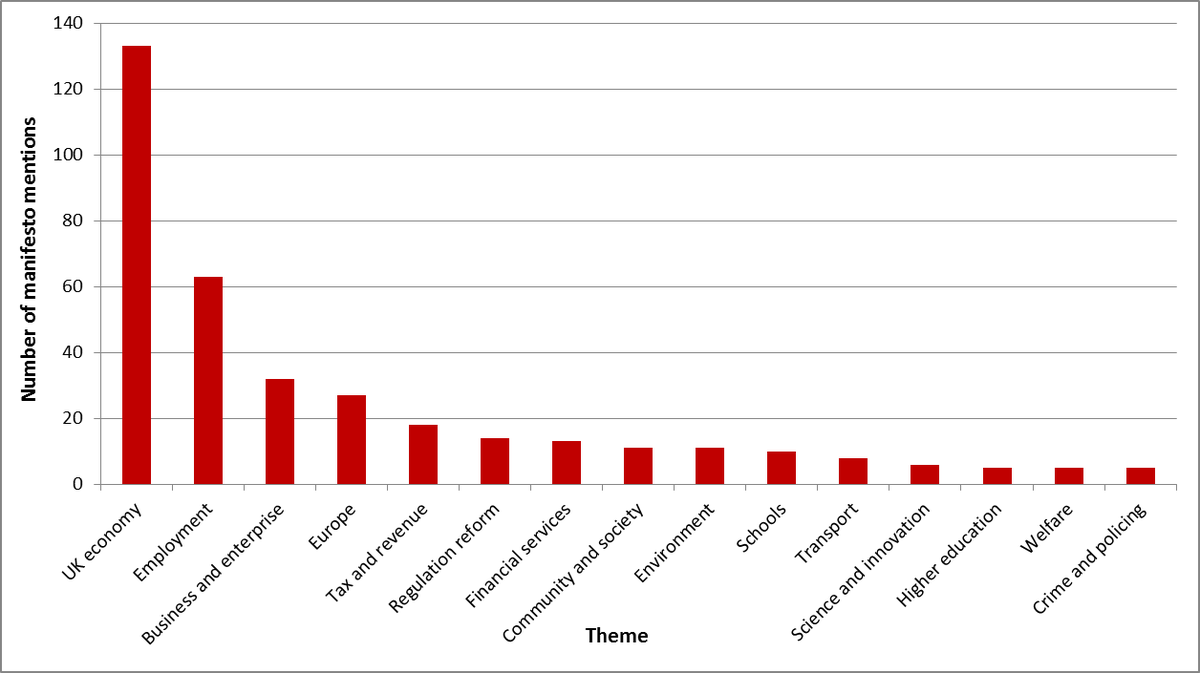 We will be conducting analysis on the manifestos of all major UK political parties running up to the election, as well as real time analysis of major televised debates. Stay tuned to the Political Futures Tracker for the latest on key political analysis.