On Monday the Scottish National Party released their manifesto – here, we use the Political Futures Tracker to provide a bite sized summary of top themes. We tell you what sentiment the SNP are expressing about these themes and how future thinking they are about most mentioned big issues.

Scotland is the most mentioned theme by the SNP, closely followed by the UK Economy

We also have seen this pattern emerge from Twitter data over the past few months, as both the SNP and Plaid Cymru focus on their home territories. 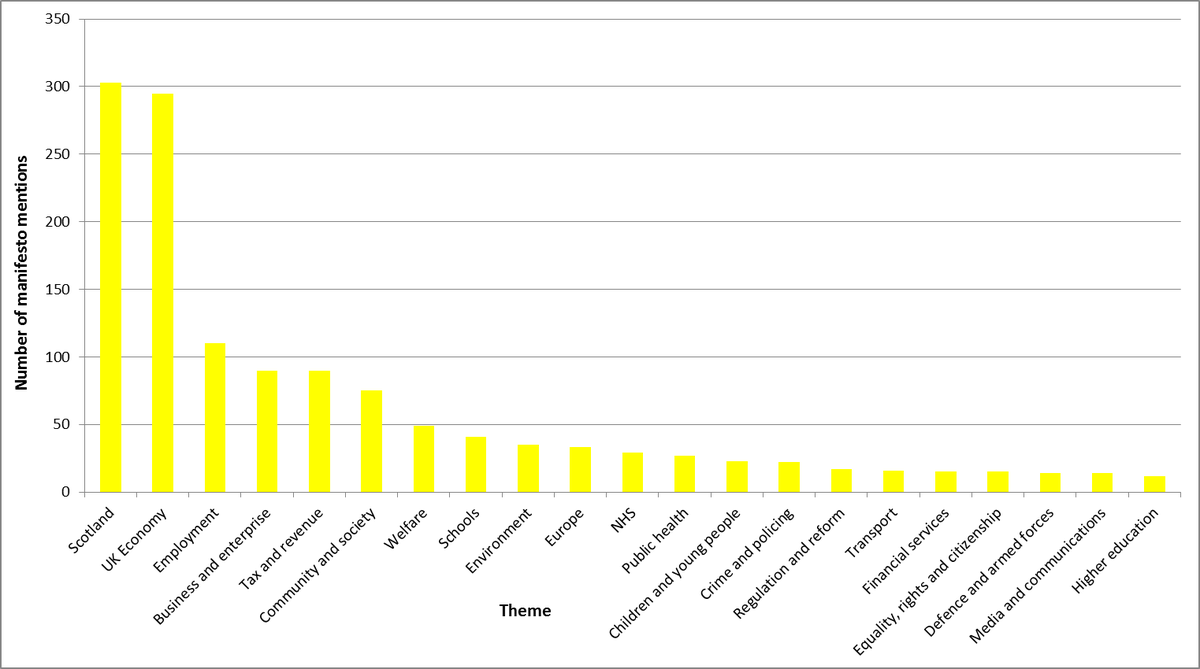 Scotland is top of the charts for the SNP, where an emphasis on securing home rule is pledged the party will demand that the proposals of the Smith commission are delivered in full and as quickly as possible, but the manifesto also states that Smith did not go far enough to honour the promises made during the referendum.

This may be due to the SNP policy pledge to relocate responsibility for broadcasting in Scotland to transfer from Westminster to Holyrood and support moves to more devolution for the BBC. The party also seeks increased investment through BBC Scotland so that a fairer share of the licence fee is spent in Scotland. 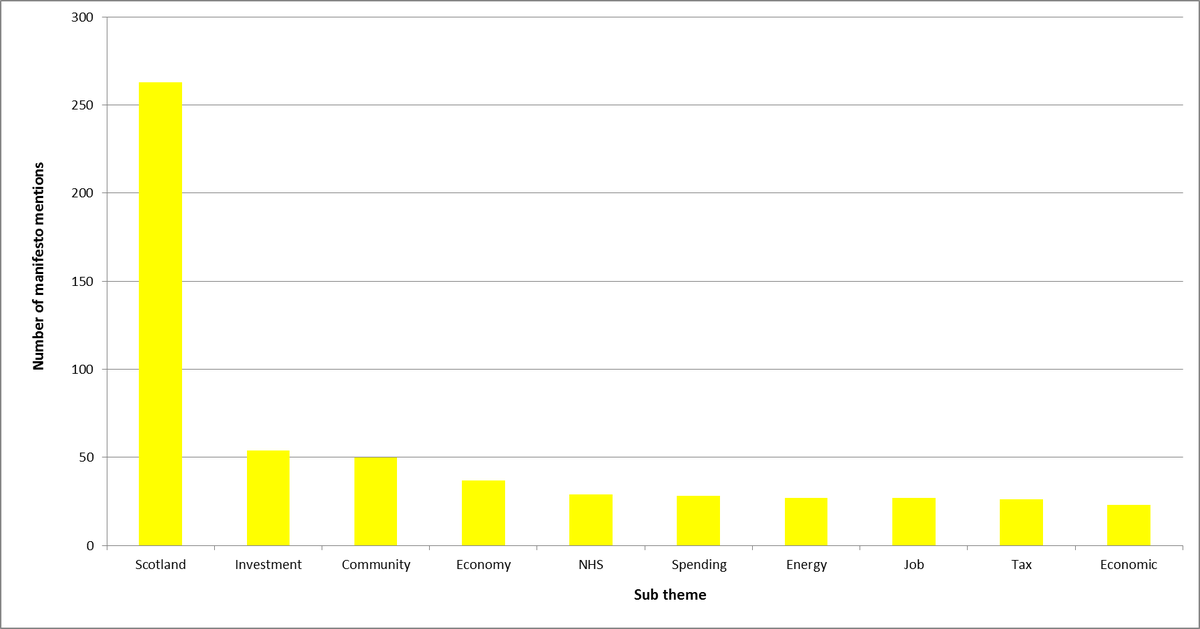 On Community and Welfare the SNP will push for a UK-wide target of 100,000 affordable homes each year, using extra investment to expand housebuilding in Scotland.

The UK Economy has emerged as the core theme of this, and the last election

The SNP will seek a phased transition to full financial responsibility, and in the meantime devolution of powers over employment policy, welfare, business taxes, national insurance and equality policy. This focus on the economy, in the context of Scottish home rule is echoed in positive but mixed sentiment on the UK Economy - with critique of exisiting structures and discourse paving the way to positive Scottish futures. 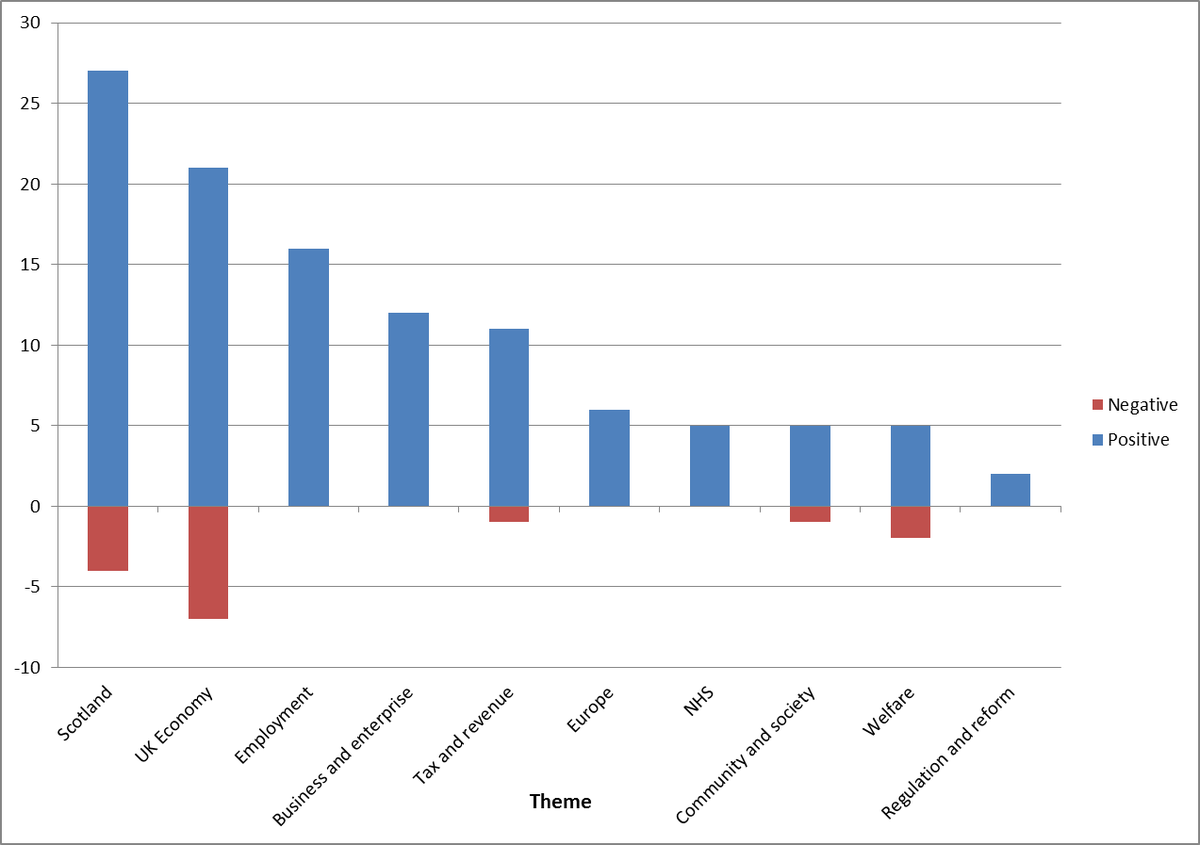 Comparing the 2015 manifesto to its 2010 counterpart, we see that the SNP are much less future thinking than five years ago.

However, in 2015 we see that parties mention a far broader array of themes than in 2010 - there are few parties in 2015 that do not mention any of the top 5 themes in a future thinking context. Whereas in 2010, on Tax and revenue and Schools, we notice a number of parties making no future thinking reference. 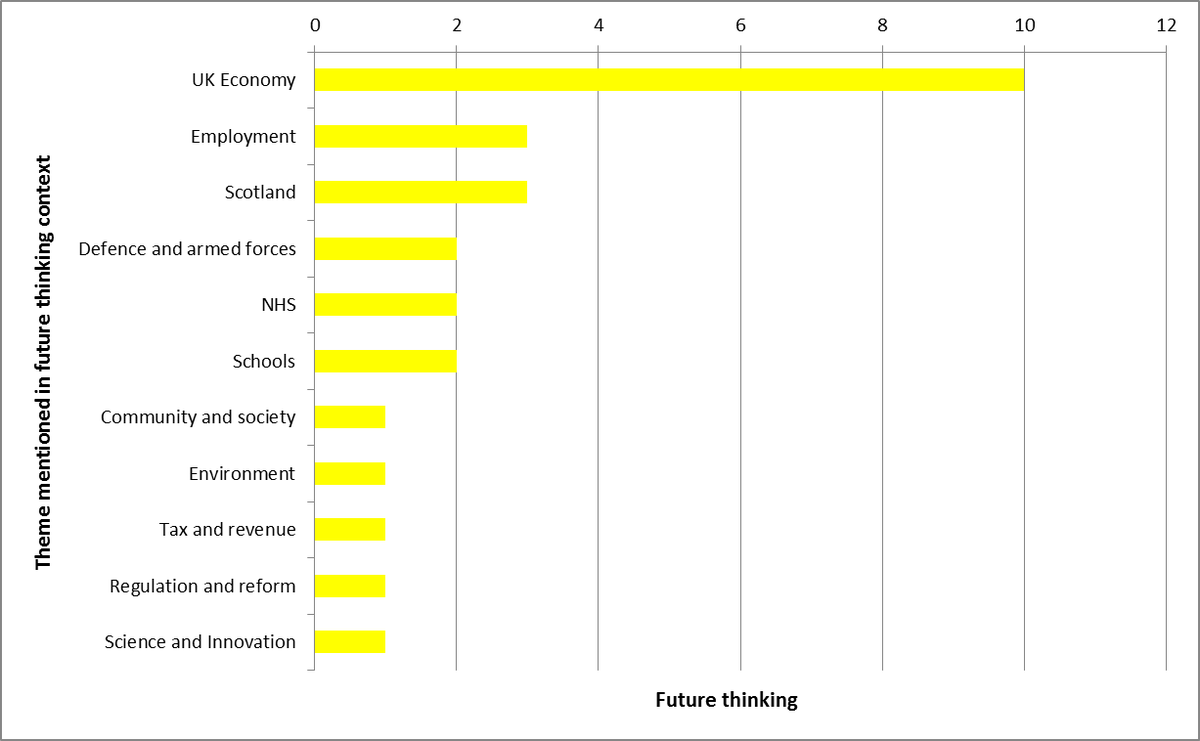 We will be conducting analysis on the final debate on 30th April, and bearing the white heat of the final weeks of election build up on Twitter using the Political Futures Tracker. Stay tuned for the latest analysis.