The Liberal Democrats released their manifesto this morning – here, we use the Political Futures Tracker to provide a bite sized summary of top themes. We tell you what sentiment the Lib Dems are expressing about these themes and how future thinking they are about most mentioned big issues.

The Lib Dems introduce their manifesto as a "five year plan to build a fair, free and open society in our United Kingdom" - outlining the short term future thinking (within the life of the electoral cycle) often exhibited in documents of this type.

The top manifesto theme is the UK Economy, as has been the case with all but Plaid Cymru so far 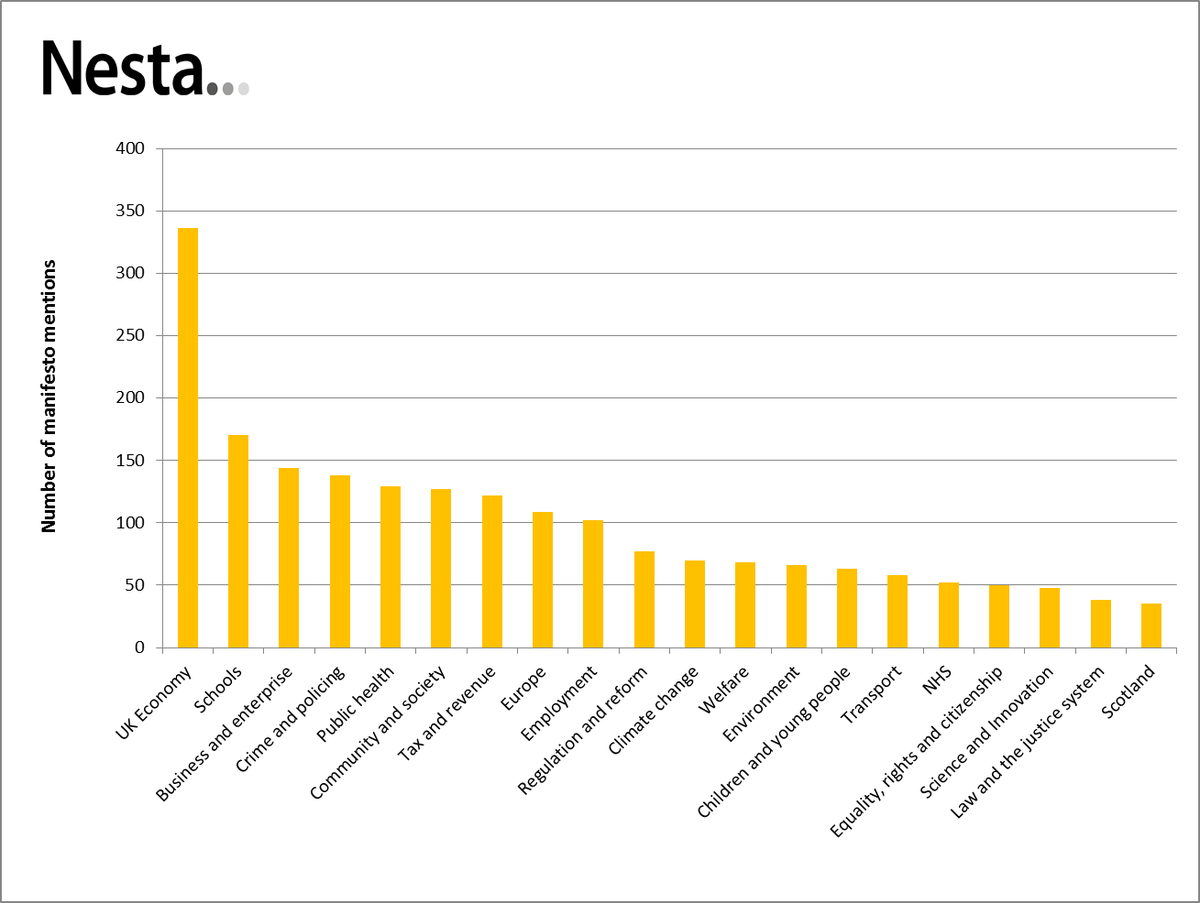 The Lib Dems do not refer to Immigration, but illustrate a focus on other themes that have emerged recently as big election issues including Schools, Crime and policing and, of course, Public Health.

School is the top sub theme of the Lib Dems' manifesto 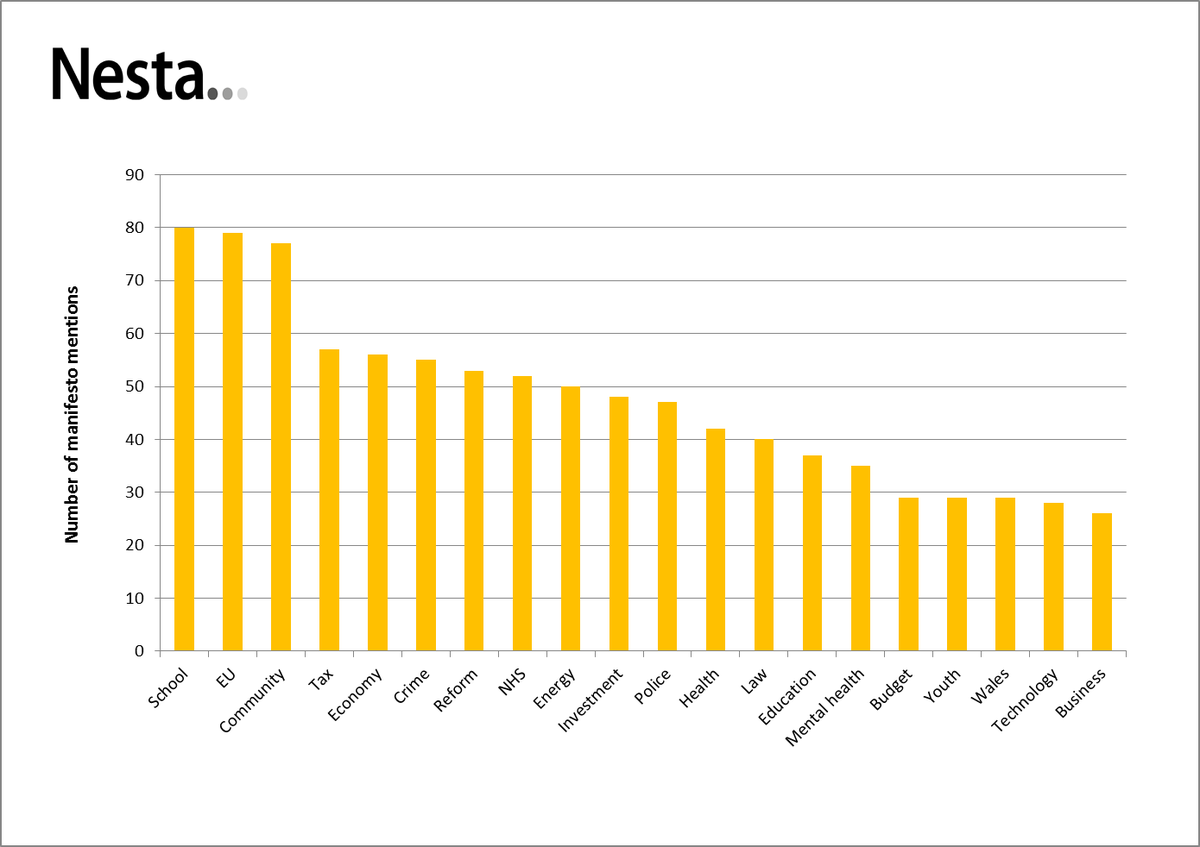 Significant negative sentiment is attributed to the UK Economy, as with many other top themes discussed. And though not quite as negative as the Green Party's manifesto, this document tends to take a critical view of the current tumultuous political landscape. 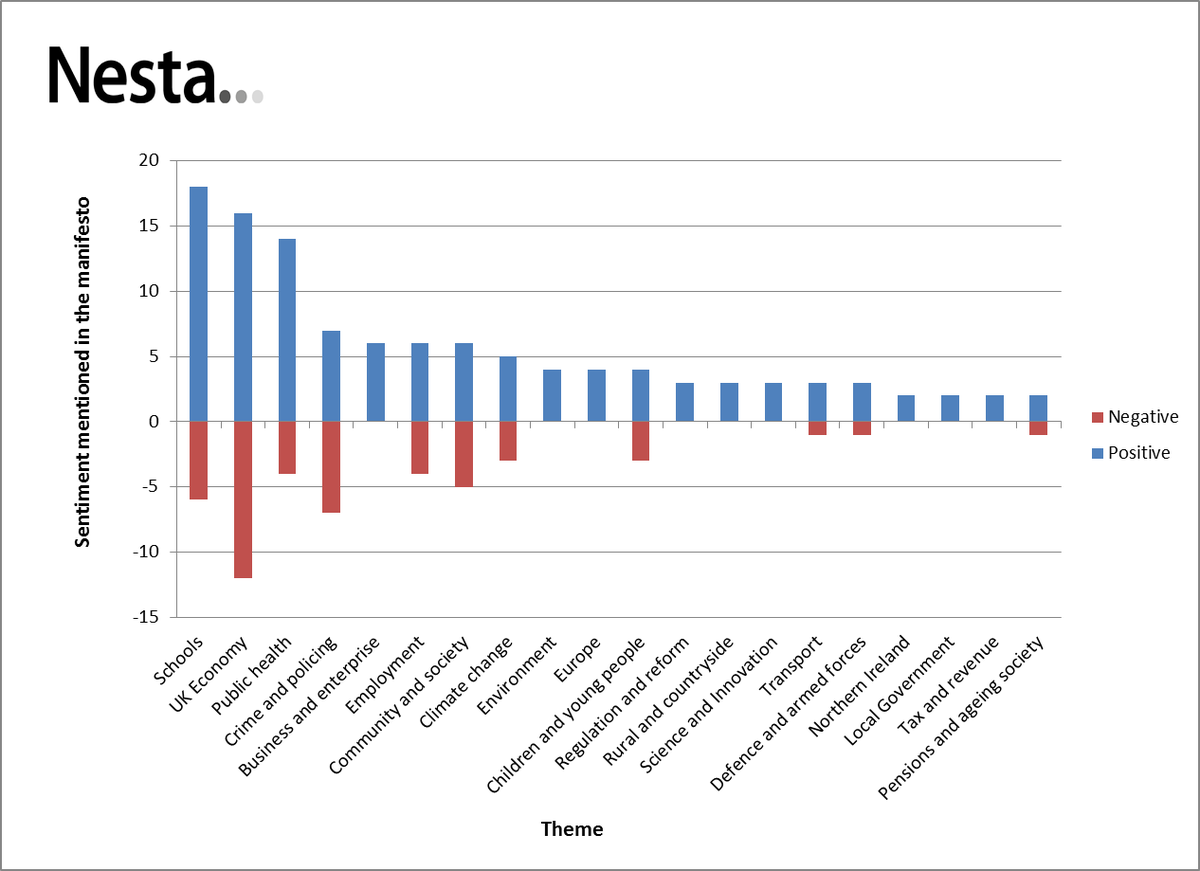 When mentioning the UK Economy, the Lib Dems refer to the last five years, suggesting that the deficit is now half what it was when they took office in 2010. In his launch speech Nick Clegg stated that the manifesto is "... a programme for government, not opposition. It is not a shopping list of pie in the sky ideas, but a set of proposals that builds on our record of action in government." This underpins the relative dearth of future thinking on some of the big issues and emphasis on both 'A Record of Delivery' and 'A Promise of More'.

Scotland, Northern Ireland and Wales all feature in the top 20 future thinking themes. But, in a show of extreme past thinking the Lib Dems state that they have "...enacted the biggest transfer of fiscal power from Westminster to Scotland in three hundred years" - large time horizons are on the table in this document and looking back over three hundred years illustrates the brevity and scope of reform. 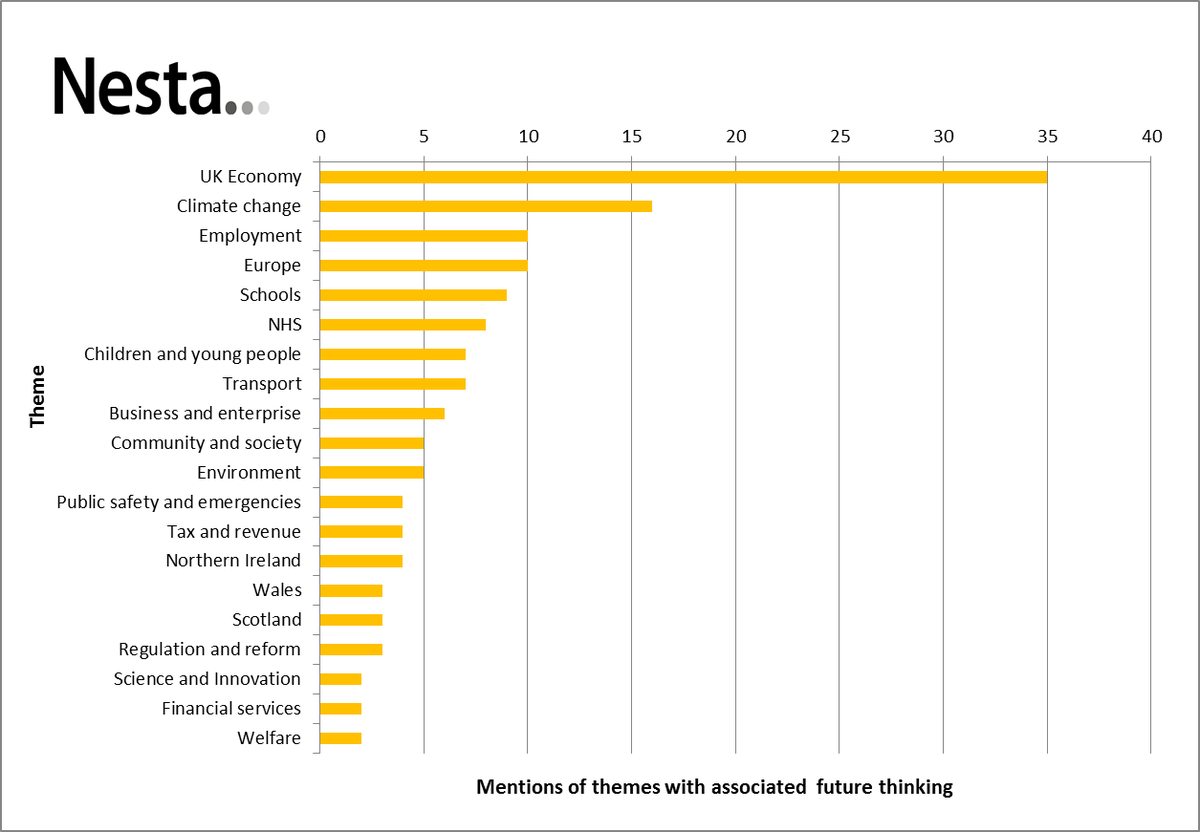 But also, the Lib Dems refer to the future of the economy and the risks of continued borrowing. The Political Futures Tracker uses proxies for references to the future, as well as dates and tense, so when the manifesto reads...

...we determine that the economic policy of the party is looking to the next generation, and therefore taking a medium to long term view of the political landscape.

The future thinking dilemma that the Lib Dems have adopted is linked to an Ageing population. We can see that Pension and ageing society is a big theme in the document and linked to long term future thinking...

Life expectancy is increasing. This is obviously good news, but it brings challenges; older people may need a pension income that will last for 20, 30 or even 40 years