The Green Party released their manifesto this morning – here, we use the Political Futures Tracker to provide a bite sized summary of top themes. We tell you what sentiment the Greens are expressing about these themes and how future thinking they are about most mentioned big issues.

The UK Economy is the top manifesto theme for the Greens, with an overwhelming majority of mentions

We see the importance of themes like Transport, Climate change and the Environment reflected in the chart, but these issues are nested within an array of more mainstream electoral issues such as Employment, Public health and Business and enterprise. We see this reflected in theme trends over the last few months - though in their manifesto we see less on Public health and the NHS than previously registered using MPs' Twitter data.

This perhaps indicates wilingness from the Greens to play many of the mainstream parties at their own game - whilst retaining an emphasis on core environmental issues that the party has been traditionally renowned for and cite on their website. 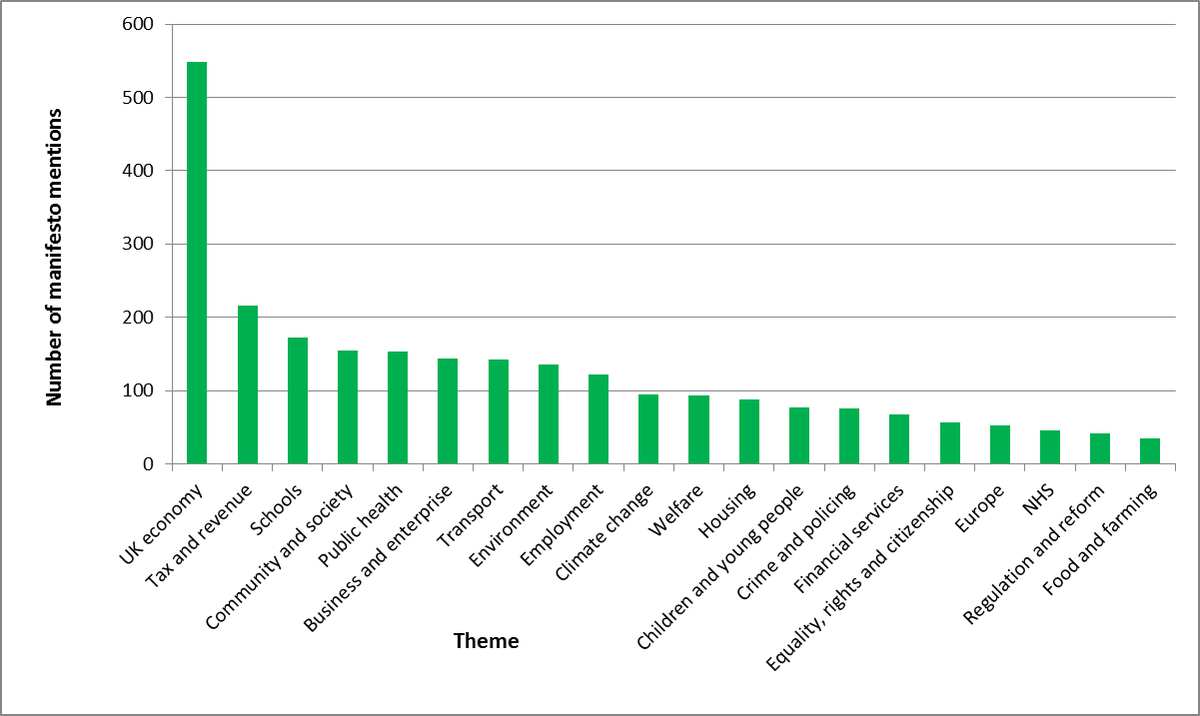 Tax and revenue is second on the top themes chart. We see three key manifesto pledges from the party on Tax...

The role of Energy is reflected in the Greens' sub theme mentions, that probably relate to policy around cutting energy demand by a third by 2020, a half by 2030 and two thirds by 2050. Additionally, the Greens pledge to provide £4.5bn over the parliament to support research and development into less energy-intensive industrial processes. 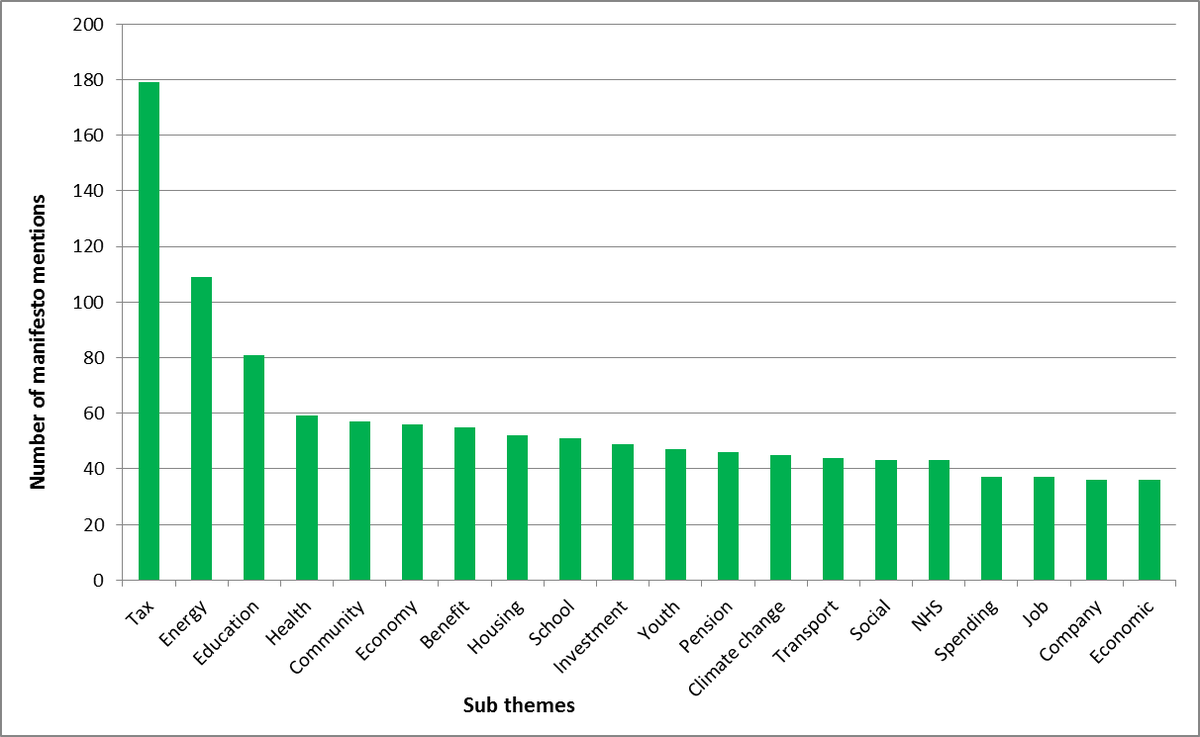 We see this particularly with the UK economy, Employment and Public health.

But as previously mentioned, negativity associated with a particular theme is not necessarily indicative of the party's political bent, it may be that the document is highly critical of existing (or past) policy on this area, so skewing sentiment analysis. 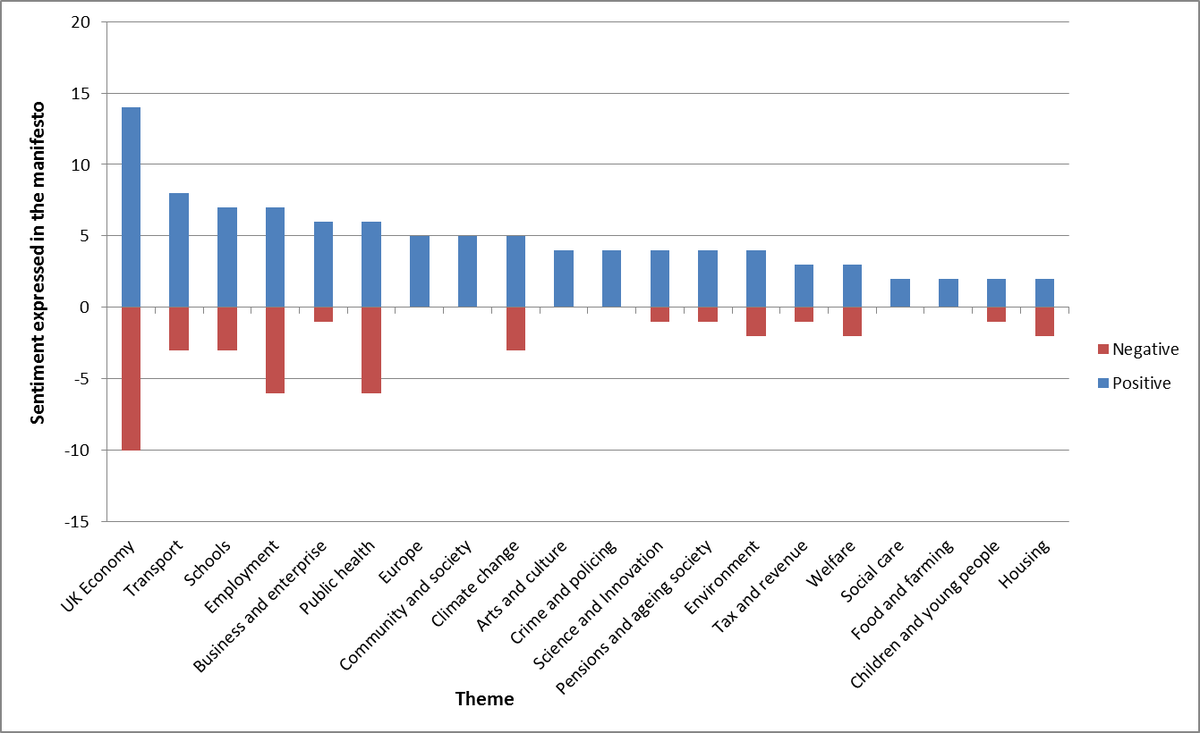 The Green Party are exclusively positive about Europe, Arts and Culture and Community and society

There is more contention around Science and Innovation where the Greens pledge to increase government funding on scientific research from 0.5% to 1% of GDP over the next decade and ensure that the results of publicly funded research are published freely. 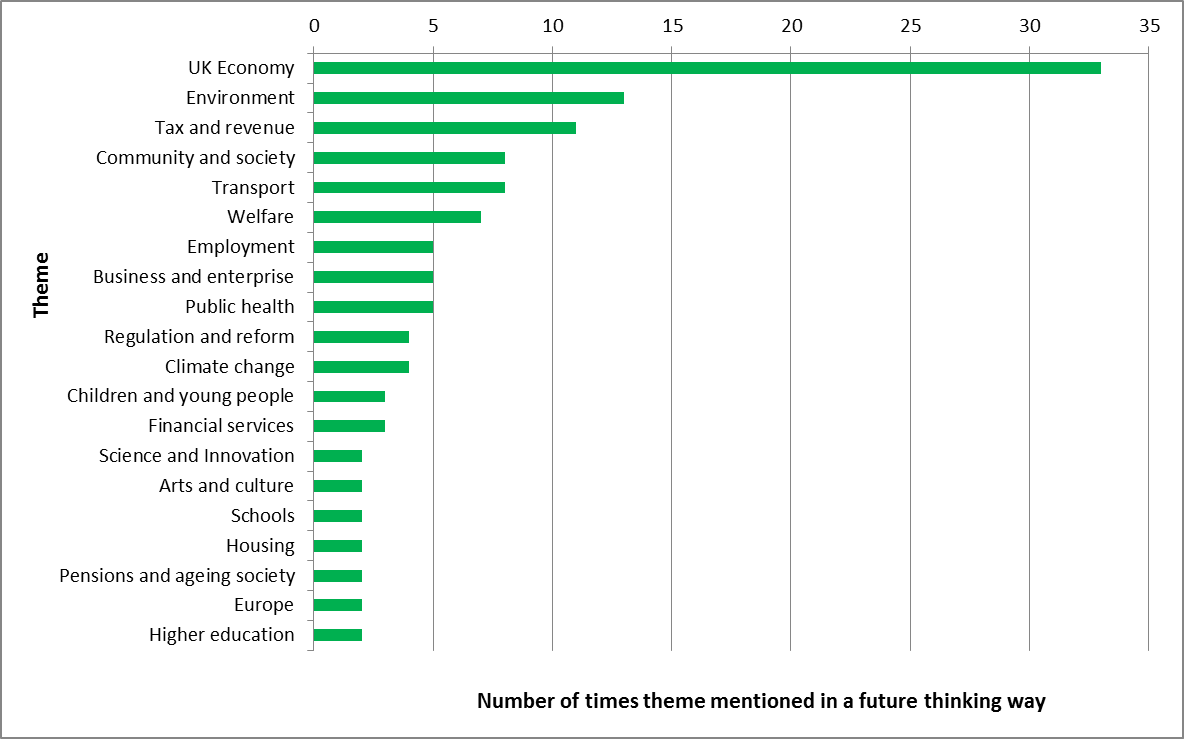 The Environment is the second most future thinking theme, which we see  co-mentioned with Community and society - in the context of fuel poverty. The Greens state that they will provide a free nationwide retrofit insulation programme, concentrated on areas where fuel poverty is most serious.