This post is the story behind a small startup’s involvement in the world’s longest filibuster, and how it is one among a growing number of civic hacking projects opening up political systems all over the world.

In 2015, the opposition in the South Korean National Assembly used a last resort to try and block an anti-terror bill they thought would lead to undue infringements on human rights. Filibustering is a tactic used to delay the process of a bill whereby opposition MPs hold a debate for so long that it obstructs any progress within the legislature. What resulted in South Korea was the longest filibuster of all time: for 192 hours, or 11 days, the opposition refused to stop talking.

Keeping the quality of debate up for 192 hours is, of course, impossible. Amid the inevitable empty ramblings and lengthy monologues (some read directly from Orwell’s 1984), a “politics startup” in South Korea called We All Govern Lab (or WAGL) saw a much more valuable way for politicians to spend the time.

“I was just on my way back from swimming practice”, says JK from WAGL, highlighting the spontaneity of the project they were about to embark upon. “After the filibuster caught our attention, we noticed that while the main outlets and newspapers were brushing this issue aside, the story was quite different on the internet.

"We noticed that while the main outlets and newspapers were brushing this issue aside, the story was quite different on the internet"

“There was so much feedback on the live feeds on YouTube that you couldn’t actually read through any of the comments that were being updated. So there was definitely a gap between what the mainstream media was doing, and what the people wanted to see”.

The WAGL team describes the tool they developed - Filibuster.me - as like a DJ for political speeches. Users write and submit the speech or “essay” that they want hear, and, depending on the content of the speech, and a bit of luck, it’s read out by the MP conducting the filibuster in the National Assembly.

Given the limited timeframe, they needed to act fast. With a team of seven, $100 for the domain name, and some old backend code that lead developer Uk-jin had previously used for a “novel writing relay” service, Filibuster.me went from drawing boards to up and running in just 14 hours.

The first dissemination tactic was to simply place the filibuster.me URL into the busy YouTube feed, with the words “write your speeches here”. Further social media sharing and news coverage helped the site gain further momentum. The filibuster reached a point where the MPs were running out of speech material; it was then that the tool was noticed and picked up by parliamentary staff. By the end of the filibuster, the service had received 170,000 unique visitors and 38,000 essay submissions. 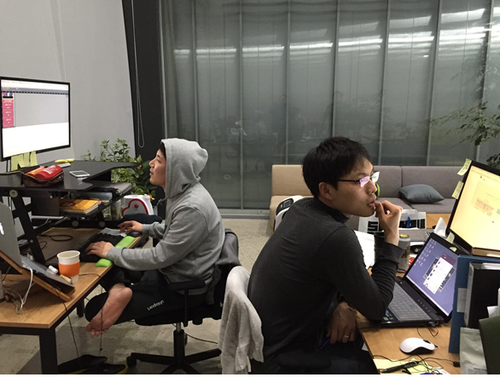 Those of us interested in improving political participation through digital means might not have filibusters in mind as the most effective way to do this. While the possibility of having one's idea read out in the National Assembly is an exciting one, involvement in a filibuster is unlikely to provide a strong sense of political efficacy for participants in the long run. Only a tiny fraction of the 38,000 submissions were read out. Perhaps most disappointingly, the bill still went through shortly after the filibuster ended.

Nonetheless, the project demonstrates those rare cases whereby people are highly motivated by a real opportunity to be heard. At the same time, citizen input provided something genuinely useful to politicians. When the process works in both directions like this, then it has achieved two of the hardest (and mutually reinforcing) objectives for e-democracy initiatives: incentivising high levels of engagement and achieving genuine political buy-in.

Of course, getting good quality input is a further important and difficult task. Most cases of digital engagement require a degree of pragmatism in getting the most out of the crowd. For WAGL, achieving good quality suggestions in a short period of time meant quickly adapting the tool in several ways. For example, they decided to: 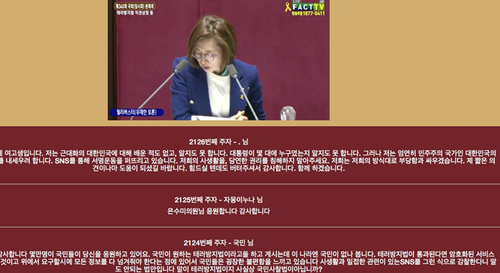 A screenshot from the Filibuster.me platform

The latter two decisions made the job of curating submissions a lot more burdensome (some automatic filtering by length and keywords was used). Nonetheless, the creation of a more formal space for meaningful essay submissions, rather than just another YouTube comments thread, was an important reason why parliamentary staff took up use of the platform. It also led to some high quality submissions:

“We had some very touching stories of people’s experiences of torture in the 1980s”, when South Korea was still effectively under authoritarian rule. The platform also attracted underrepresented groups: “many of the submissions were written by social minorities such as unemployed youth, students under age 18, and expatriates”.

Joseph from WAGL continues: “the writers did their research. We’ve seen very well thought out and planned out essays, which would sift out parts of the bill that were problematic, drawing further cases for comparison from all over the world: the Philippines, America, France”.

The story of Fillibuster.me - which came to conception half a day before it launched - is one of many civic tech projects bringing agile approaches to digital activism. These movements are effectively hacking the political system one piece at a time, wherever it looks like processes could be more open, transparent or participatory.

These movements are effectively hacking the political system one piece at a time, wherever it looks like processes could be more open, transparent or participatory

Other similar examples include Taiwan’s g0v, whose work visualising government budgets and creating detailed repositories of MPs’ legislative records has helped bring greater accountability to local and national government (quite similar to mySociety in the UK); or Brazil’s Lab Hacker, which sits within the Chamber of Deputies, and is working to make every aspect of the legislature more accessible, understandable and interactive.

The Filibuster.me domain now sits as a permanent archive of people’s stories, and acts as a reminder of what was possible. Lessons learned from the project are now helping WAGL develop a new “citizen lobbying platform”. The team wants to design something that can help MPs “responsively cope with citizens’ initiatives or pending issues”. The plan resembles growing projects elsewhere like France’s Parlement et Citoyens or Brazil’s E-Democracia platform.

Over the coming weeks, we’ll continue to conduct interviews and blog about more of these projects in our ongoing work on democratic innovations. Stay tuned.

Acknowledgements: Thank you to Jinsun, Joseph and the team at WAGL for their time. Images courtesy of WAGL. 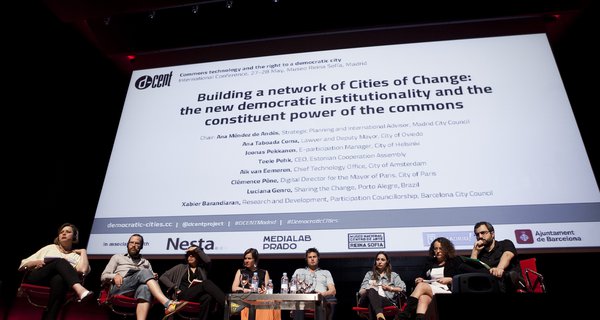 Digital democracy - where to next?

Digital tools and technologies have transformed the way we live and work. Could they transform our politics too? 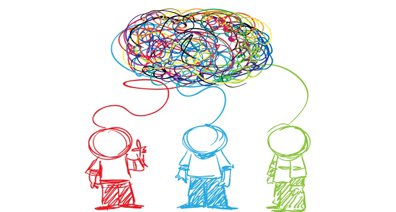 Following the release of Labour’s manifesto this week, we explore the ideas and innovators already shaping digital democracy 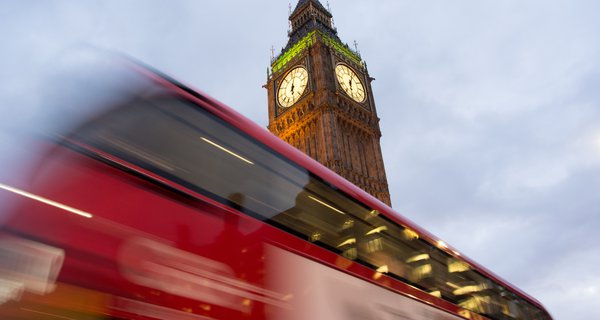 We’re exploring how parliaments, cities and political parties can use digital tools to improve the quality and legitimacy of decision-making.