Digital outreach and social media have played an important role for Jeremy Corbyn from the start. This week, Labour’s digital democracy manifesto marked the beginning of his much more ambitious agenda to 'democratise the internet'. The 10-point plan covered topics as wide as digital inclusion, open education, and internet rights.

Politics itself, Corbyn suggested, is becoming subject to technological innovation in the same way that digital tools have changed all other aspects of our lives. In this vein, the final manifesto proposal makes the case for 'Massive, multi-stakeholder online deliberation', including 'both online and offline meetings for individuals and communities to deliberate about pressing political issues and participate in devising new legislation'. The following post focuses on this single aspect of the manifesto. Our work on digital democracy - both D-CENT and our ongoing research - has looked at this idea in depth. I’ll argue here that there is a lot to commend in this ambition, pointing to some existing experiments along the way.

The manifesto is short and quite vague about the details of what a 'multi-person online deliberation' platform might look like, and as a result some have responded with scepticism that the description amounts to little more than Twitter. Indeed most people’s experiences of online political discussion reaches only as far as social media.

But Twitter, like other social media platforms, is a terrible space for online deliberation. For one, it leaves little flexibility over certain design choices that might be important, say, the option to use more than 140 characters, or perhaps the need for anonymity on more sensitive issues.

What’s more, take a look at this visualisation of Twitter responses to the Ferguson shootings. Consider the thousands of similar Twitter-storms on political issues where people who should be talking, listening and working through one another’s points of view are instead actively discouraged to do so. All we see is a whirlwind of people agreeing with things or people they already ‘like’ or ‘follow’. Recall the common ‘echo-chamber’ criticisms, which supposedly led to mass complacency among pro-EU voters in the run up to the referendum.

In fact it’s almost jarring on the occasions that you actually do find something or someone you profoundly disagree with on Facebook or Twitter. In turn, reactions are more likely to be inflamed, and things tend to descend into a chaotic torrent of abuse fairly quickly.

Of course there are some highly contentious issues or debates which are likely to turn into a firefight regardless of where you host them. But a more formal space, with some careful design choices, and clear rules and expectations about how discussion and debate happens, actually makes a lot of sense, and it could be a valuable way to harness a lot of the angry energy we see online into something more productive.

A number of parties across Europe, now making (or set to make) impressive inroads into local and national political power, have begun to use some of these tools. The Pirate Party, on the cusp of making electoral history in Iceland, have a crowdsourcing platform on which all party policies are made and every member is able to provide expertise if they wish to do so. Podemos uses an online forum called ‘Plaza Podemos’ where anybody (sometimes averaging around 15,000 users per day) can propose and vote on ideas. The Italian Five Star Movement has launched a tool called ‘Rousseau’ which gives members a direct form of communication with their representatives at the local, national and regional level.

Despite the radical platforms on which some of these parties stand, the use of these tools doesn’t have to be about replacing representatives with notions of mass direct democracy. Instead, new tools can provide representatives with some very simple methods of more easily tapping into the ideas and opinions of their constituents: a greater plurality of voices with which to make more informed decisions.

Very briefly, here is a further collection of the tools that could easily be experimented with, ideally with small-scale experiments first. The cost of doing this would be relatively cheap; indeed most of these tools are free, open source and adaptable to the needs of any organisation.

Your Priorities is an open-source tool, useful for crowdsourcing ideas from any given community. It’s been used to agree on policy ideas by the Pirate Party (internally); by a number of city councils across Iceland including Reykjavik; and for the Estonian government’s ‘People’s Assembly’ crowdsourcing process. Around 600,000 people have used the platform since its creation in 2008.

The platform is also designed so that it’s impossible to reply directly to someone you disagree with; instead users are encouraged to post broader and more positive arguments that appeal to the whole group, which can then be up- or down-voted by everyone else. 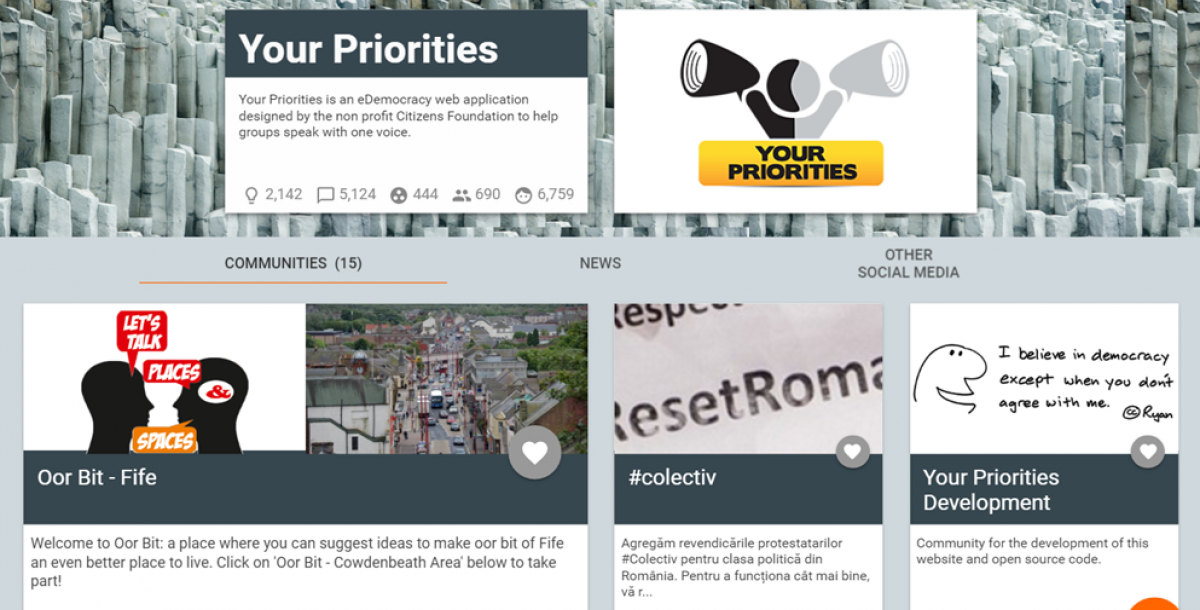 If you’re looking to set up a crowdsourcing platform for idea generation very quickly, then Reddit is another option. The Plaza Podemos tool mentioned above, used by thousands of members for collectively proposing and filtering suggestions for party policy, is in fact a customised Reddit thread.

Collaborating on documents - DemocracyOS and Objective8

Parties are now able to include people much more broadly in the collaborative drafting and editing of bills, manifestos or other policy documents using digital tools.

Nesta adapted and piloted an open source tool called DemocracyOS as part of the D-CENT project. It was used by over one thousand members of the Barcelona en Comu movement (which went to form a ruling minority government) to collaboratively draft a code of ethics and electoral program for the movement’s local election campaign.

Objective8, also a D-CENT tool, has a number of similar functions including: the ability to post an idea or ‘objective’ and debate it with a given community; the ability to then post a more substantive document or ‘action plan’; and an interface for collaborative editing. The tool was used more recently by Liam Byrne MP to crowdsource ideas for a ‘People’s Plan’ during his Mayoral campaign for the West Midlands Combined Authority. Experiments have shown, however, that it’s often hard to find large numbers of (technically-minded) people willing to participate on the more complex aspects of writing a bill or policy document. Pilots in this area are still at the margins, though they are growing. 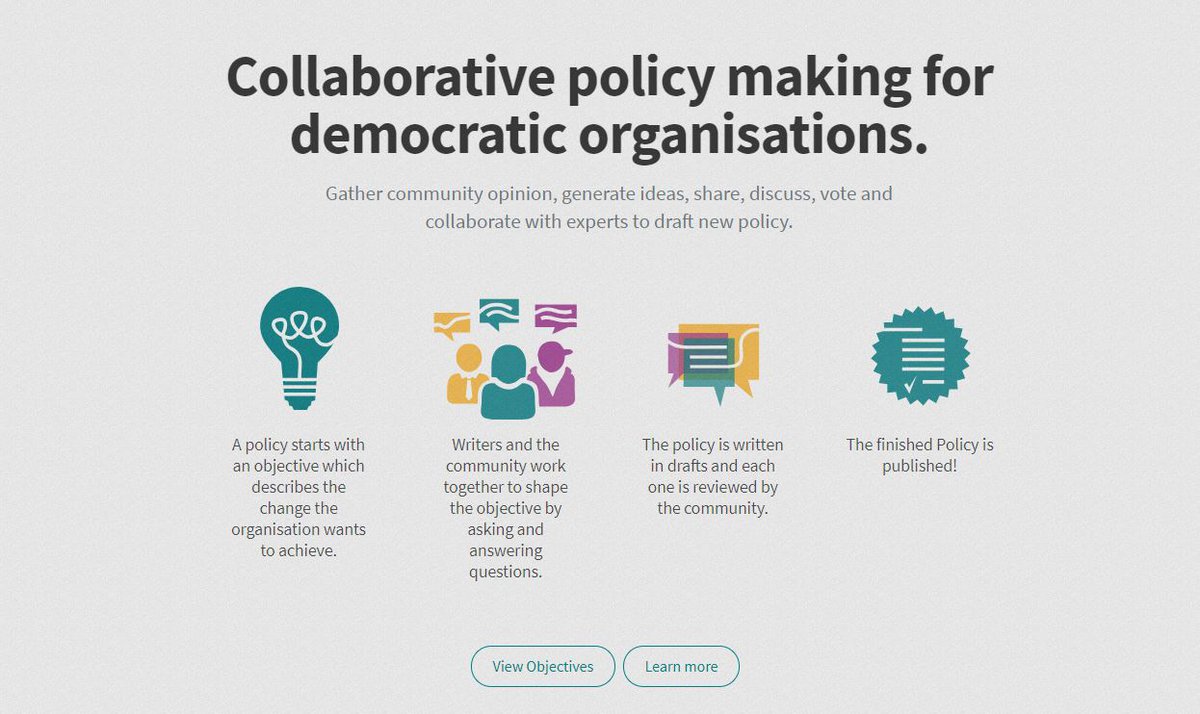 Pol.is is a tool, scaleable to thousands, that encourages participants to share, listen and decide on one another’s views. In a procedure that can often last many weeks, users are asked to read, process and agree or disagree with the sentiments of others in the group (again, users cannot reply directly to one another). Throughout the process, a statistical method called principal component analysis is used to display a visual matrix of how people are agreeing and disagreeing on different topics. With this added element of gamification, participants are encouraged to propose increasingly more inclusive ideas until the group merges closer to consensus.

The platform was used in Taiwan for a national policy debate on alcohol sales, which had been completely deadlocked in government. After engaging hundreds of stakeholders in a debate on Pol.is, the facilitators managed to find a successful resolution in just 3-5 months. 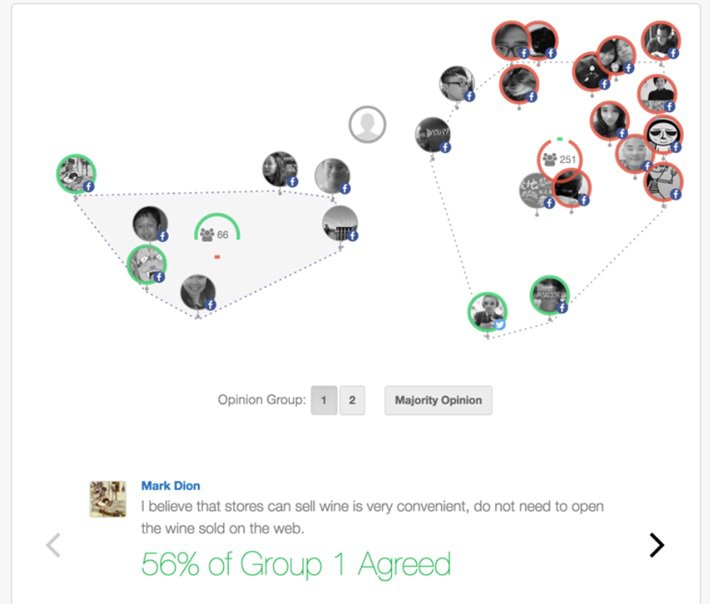 We’re currently writing a report following several weeks of interviews, with lessons and further insights from these and other digital democracy practitioners from around the globe. If you’d like to find out more, or talk to us about a project you’re working on, feel free to get in touch at [email protected] or [email protected] 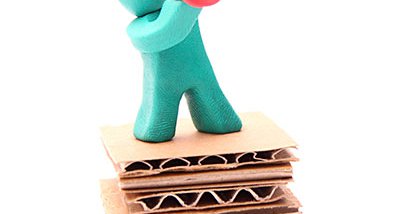 How parliaments, assemblies and governments should choose the right methods for greater public engagement in decisions. 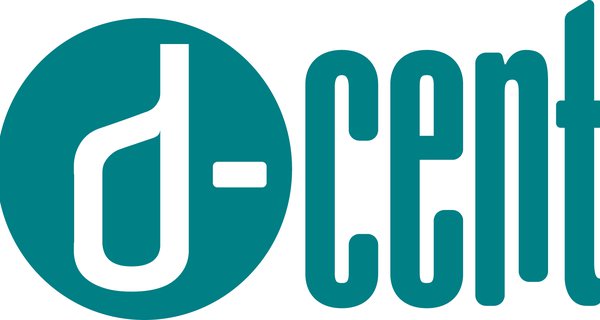