We have designed two challenge prizes to transform nutrition and livelihoods in India and Bangladesh: one to boost supply and raise incomes in smallholder fish farms and one to bring the nutritional benefits of fish to infants and mothers

The global food system is incredibly complex. It encompasses everything from tiny backyard fish ponds to vast soy plantations. It includes the poorest subsistence farmers and vast, wealthy agri-food conglomerates.

In the case of developing countries, misconceptions surrounding the reasons for a lack of productivity still persist. In agriculture, this is particularly the case: food production in the developing world may be less productive than it should be - it can be mired in poverty, it can lead to environmental degradation - but it is not that it is stuck in the past.

Even tiny, remote farms in the developing world use machinery, crop varieties, chemicals and farming techniques unknown a few decades ago.

Agriculture is fast-moving. The huge global trade in industrially produced animal feed - which sees soy, primarily from South America, feeding China’s vast livestock sector - is a relatively recent development. Fish farming has gone from almost nowhere to producing more food than fisheries in half a century. The main cereal crop varieties we eat were all developed in the last half century.

Over the past year, Nesta, alongside the University of Stirling Institute of Aquaculture, and sustainability NGO Forum for the Future, has been investigating how targeted challenge initiatives in aquaculture (fish farming) could push for positive change in these complex systems, looking specifically at India and Bangladesh.

These two countries have very large, but not particularly productive fish farming sectors, and serious problems with rural poverty.

Our hypothesis was that we could kill two birds with one stone: boost productivity, bringing healthy and high-protein food into local diets, and grow incomes for poor fish farmers.

As we’ve discovered in our work, it’s not straightforward, but the potential impacts are wide-ranging. In the developing world, we found many aspects of the system that could be optimised. The lack of refrigerated transport and warehouses, for instance, leads to fish going off, being wasted, and quality being limited. Intensification of production, which increases yields and reduces the land you need also affects water quality, produces vast quantities of sludge, and spreads diseases. Distribution of high quality fish eggs is a problem - they can be inbred, and they aren’t always treated well. So there’s plenty to do.

We identified opportunities for challenge prizes in two areas that our research shows would be particularly impactful for the poor.

Our proposed prize on integrated services for smallholder farmers is designed to narrow the knowledge gap between big industrial farms and the tiny ponds tended by poor farmers in rural India and Bangladesh. Our analysis suggests there are over a million people in Bangladesh alone who could benefit from smart data recommendations on how to manage their farms, what feed to use, advice on maintaining healthy fish and water quality.

Research shows that adopting best practice in these relatively simple fields can more than double production and lead to large increases in income for these poor communities. That’s why our prize design incentivises innovators to create, test and scale-up businesses providing these services to small-scale fish farmers. This is a similar approach, though on a more ambitious scale, to the Data Driven Farming Prize we ran in Nepal this year.

Our proposed prize on fish-based baby food and nutritional supplements aims to bring the benefits of fish - one of the healthiest foods there is in terms of protein content and micronutrients - to people who don’t currently receive them. Infants are not usually fed fish because of their bones, yet it is a food that can help healthy growth and brain development. So our prize design rewards innovators that develop and successfully market new, culturally appropriate foodstuffs that raise consumption of fish among young children. Pilot projects have shown the concept has promise, but it hasn’t yet been done at scale.

We have prize designs for both of these that are now ready to go, thanks to a generous grant from the Global Innovation Fund which allowed us to dedicate time to designing detailed and evidence-based project plans for these. 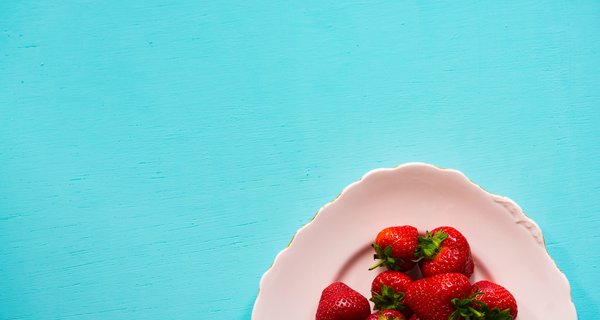