A tour of innovation in four maps

A tour of innovation in four maps

Our economy is at a crossroads. Some paths could lead us to more inequality, environmental catastrophe, mass automation and societal conflict. Others, to inclusive growth, sustainability and human empowerment.

How do we decide which path to take?

We need the right maps. Nesta’s innovation mapping team uses new data sources and data science methods to build those maps with the goal of informing decisions that steer our economy in better directions.

Last week we published Innovation Mapping Now, a report where we describe our vision, methods and projects. In this blog, we take you through just some of the maps we have created: what they show, what they mean, and how they can be used.

We begin our tour with a traditional map that shows hotspots of research activity in artificial intelligence (AI), a high-potential technology of great interest for policymakers. To build it, we text-mined tens of thousands of computer science papers in arXiv, a website where AI researchers disseminate their work, and identified papers mentioning terms related to deep learning, a central technique in modern AI research (see the background paper, and the data and code).

The map shows the regions that have become more competitive in deep learning in recent years (in orange), and those that have lost competitiveness (in blue). We see Asian regions on the rise, and a mixed picture in Europe. Policymakers can use maps like these to understand what the situation in their AI sectors, and find ways to support them more effectively. 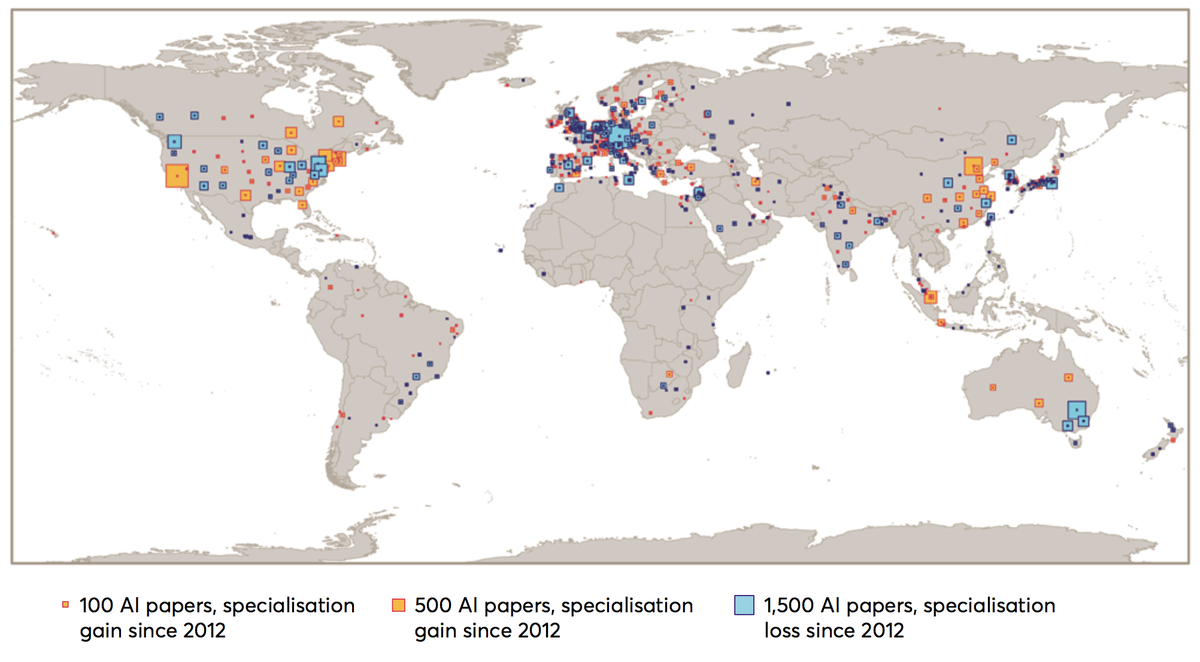 A map of AI research globally

The map above displays places. But we can map other entities such as ideas, connecting those that tend to appear in the same contexts, for example in the same research projects or papers. An idea’s connectivity reflects it relevance and usefulness: those ideas that are highly connected to many others (ie central in the map) are perhaps more widely applicable.

The series of maps below illustrate this idea. They capture co-occurrences between research topics in UK research projects. The red links represent how many times the ‘AI’ topic appeared in a project description with another topic. We see how, over time, AI is becoming more connected with many research topics, underscoring its usefulness for researchers in many different disciplines.

This kind of map can help us identify interesting, high-potential ideas, and also those areas where those ideas take longer to be adopted, because for lack of skills or other necessary inputs.

We continue mapping ideas in the figure below, produced by Kostas Stathoulopoulos, a data scientist in our team. This map shows connections between research topics in Collective Intelligence, a new field of research that seeks to design more effective organisations and systems.

Here we identified research topics using topic modelling, a method that detects groups of related words in text ‘from the bottom up’ (more detail).

By looking at this map, we are able to see what fields are collaborating with each other, and where there are gaps in the network. Look for example at the chasm between approaches to collective intelligence based on artificial agents (multi-agent systems) and human agents (crowdsourcing). Perhaps it would be useful to encourage collaboration and cross-pollination of ideas between researchers in these far-away fields? 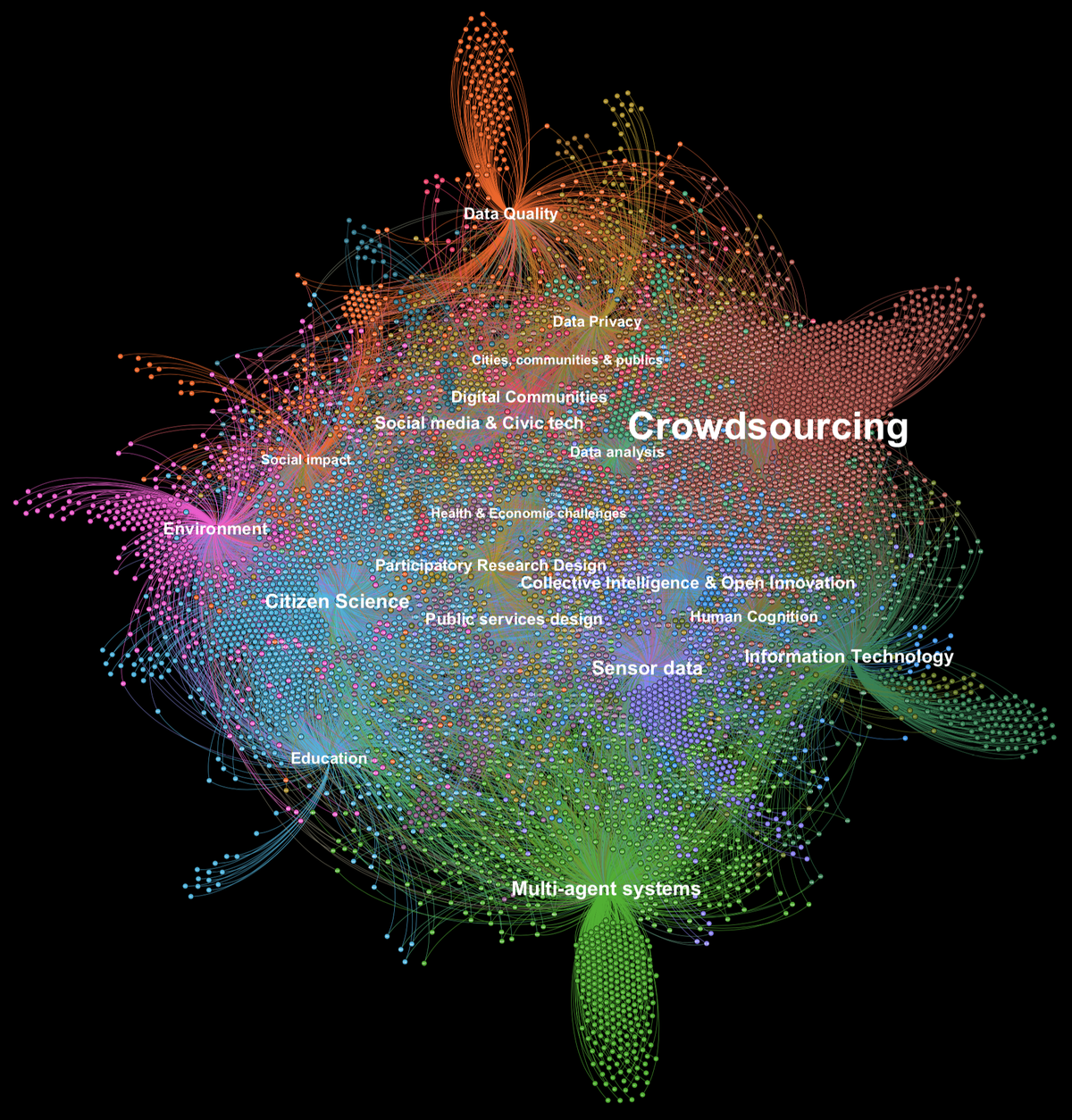 A visualisation of the collective intelligence field

The social network (of innovators)

Our final map brings together many of the ideas introduced above.

In this case, we show research collaborations between organisations in Wales’ innovation system, which we mapped in the Arloesiadur project with the Welsh Government. The position of the organisations (nodes) is based on their geographical location in Wales.

The graph on the left shows those collaborations that already exist, and the one on the right shows potential collaborations based on a recommendation engine that we designed. This engine suggests connections to an organisation based on the profiles of its previous collaborators, a bit like what ecommerce sites do with online shoppers (innovators like you collaborated with organisations like these). We measured similarity between innovators based on the topics of the projects they worked in before, that is, their proximity in a knowledge space like those discussed previously.

We highlight with circles some interesting differences between the two graphs: the red squares show areas where the recommendation engine suggests connections that are not present in the ‘real’ network: this suggests that there are like-minded organisations in different parts of Wales that may benefit from connecting. The purple square shows connections that exist in the real network but not in the recommended one, suggesting that they involve collaborations bringing together an infrequent mix of capabilities - perhaps one of interest for - or even initiated by - policymakers? 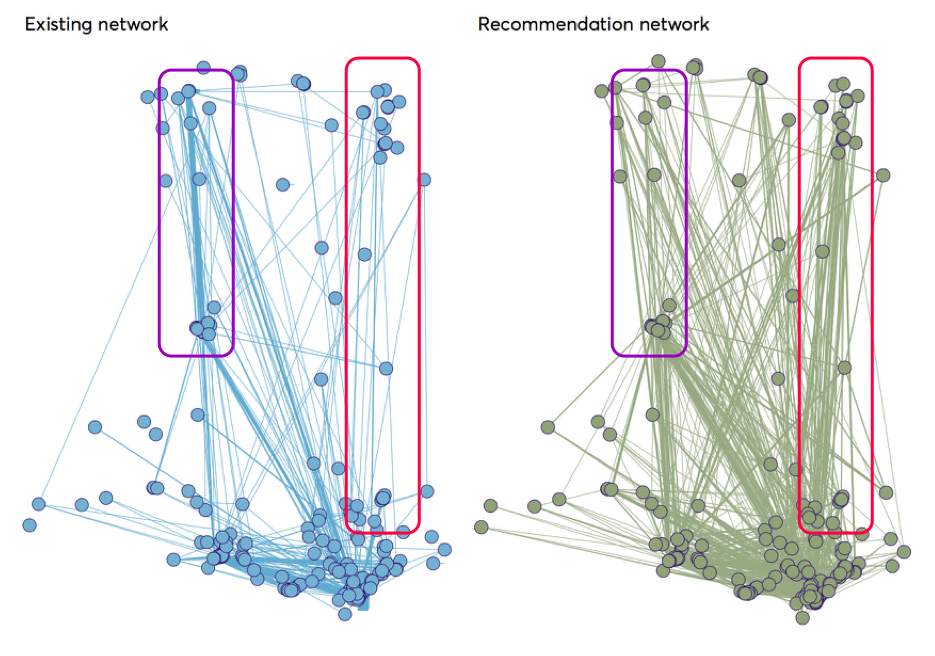 Traditionally, we have looked at these systems using statistics and indices that simplify their complexity into a single dimension (where generally more is better and less is worse). With new data sources and methods we can build measures and maps that better capture their structure and composition, their strength and weaknesses. As economist of complexity César Hidalgo put it once, with new tools to see the world come new ways to understand the world and act on it. This is the agenda that innovation mappers at Nesta pursue, building maps that reflect the dynamism and complexity of the economy and enable smarter, more inclusive and fit for the future innovation policies.

Find out more about our work at our project page, the Innovation Mapping Now report we recently published, or get in touch at [email protected]. 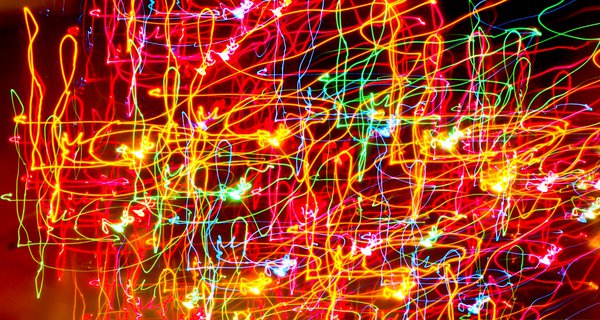