For our 3rd Anniversary and Antibiotic Awareness Week, we held an event to explore the human perspective of people who encounter superbugs in their everyday lives from patients and clinicians to innovators making diagnostics to reduce antibiotic resistance.

Daniel leads the Global Health Team, including the Longitude Prize, at Nesta Challenges.

People living with or impacted by superbugs, GPs, scientists, test inventors and others came together on 14th November to celebrate our 3rd Anniversary event in partnership with the AMR Centre at the London School of Hygiene and Tropical Medicine (LSHTM) and Nesta. Our varied guests all had one thing in common, they all aim to be part of a movement to communicate about and slow down antibiotic resistance.

One of the highlights for me at the event was the fact that people who are currently living with superbugs or those that have been affected by them were given the space to communicate and educate the Longitude Prize teams inventing diagnostic tests. They gave first-hand accounts on the reality of antibiotic resistance and the need for something to help those affected by superbugs going forward.

Our varied guests all had one thing in common, they all aim to be part of a movement to communicate about and slow down antibiotic resistance.

The inventors became visibly more motivated when hearing these experiences, and were excited to understand the potential impact of their rapid test inventions.

There were also opportunities for people to learn and become active in some antibiotic resistance-related projects. For example, Winchester Science Museum and University of Southampton's interactive games gave people the chance to compete against and learn how to avoid superbugs.

This interactive exhibit was designed by Professor Tim Leighton who explained how to play and win against superbugs. Professor Leighton describes antibiotic resistance and the exhibit as “the most dangerous games in the world”.

Considering that it is a rare doctor that can diagnose through smell, Zoe rightly pointed out that having a point-of-care test would be more reliable and realistic solution!

Volunteers were also in town from the Liverpool School of Tropical Medicine with an activity called Swab and Send. Guests got involved by swabbing surfaces as Nesta’s HQ. Everyone will be able to follow the results on Facebook including what bacteria or natural antibiotics were lurking on Nesta’s surfaces. The project was launched by the Liverpool School’s researcher Dr Adam Roberts, who has used citizen scientists to identify potential target antibiotics that he is exams as future antibiotic treatments.

Other opportunities were signing up as an Antibiotic Guardian, learning about eye infections and speaking to several Public Health England reps about their initiatives, including the new “Keep Antibiotics Working” campaign.

The event was MC’d by Dr. Zoe Williams, a GP in south London and a TV medic on “Trust Me, I’m a Doctor” speaking about a consultant that during her training asked the students to sniff sputum samples to diagnose infections by the sputum odour.

Considering that it is a rare doctor that can diagnose through smell, Zoe rightly pointed out that having a point-of-care test would be more reliable and realistic solution!

Susan Yates from the Chronic Urinary Tract Infection Campaign (CUTIC) spoke about “her view from the loo.” Although she tries to be positive, she didn’t hide the fact that having a chronic urinary tract infection (UTI) is debilitating and life-altering.  Even her honeymoon was disrupted due to excruciating pain related to a flare up of her infection. Susan spoke about diagnostics that consistently give wrong results and the huge need for better, quicker tests.

Helen Bronstein lost her mum to MRSA contracted in hospital when she was in for a routine surgery. She never left the hospital. The lack of a quick diagnosis meant that the infection progressed to a terminal stage and it was simply too late to treat with the right antibiotics by the time the diagnosis came through.  She also spoke of the efforts her organisation MRSA Action UK are making around awareness of this issue.

People came together from all sorts of different backgrounds, all in agreement that more needs to be done to prevent people from experiencing the negative impacts of antibiotic resistance.

Kate Dwyer, also a member of CUTIC, spoke with courage about the life-changing superbugs that her daughter has been facing since she was two years old. Now her daughter is 10 and because of the lack of new antibiotics she has no choice but to fight each debilitating infection - one at a time. This has meant that she regularly misses school and is often too sick to actually be able to do the things that kids love to do.

A doctor’s perspective on prescribing

Dr Susannah Woodd, GP and research fellow at the London School of Hygiene and Tropical Medicine (LSHTM) looked at the challenge from a different perspective. She explained that sometimes because of the lack of  effective diagnostics she is forced to guess whether people need antibiotics or not. She was honest about the fact that sometimes she prescribes antibiotics even if there is a low chance of the problem being bacterial. In some cases she just refuses to take the risk.

She gave the example of a nan-aged patient that seemed to be getting better from a bout of serious digestive problems. She did not prescribe antibiotics, but the patient progressed and ended up in A&E with a serious bacterial infection. Susannah lamented the lack of the right type of test.

Diagnostics in a nutshell

Dr. Till Bachmann, from the University of Edinburgh, and Debbie Porter, Executive Director from MSD UK, took to the stage and interviewed three teams about the diagnostic tests they are working on to win the Longitude Prize. Representatives Heidi Leonard from Prismatix in Israel, Sachin Dubey from Module Innovations in India and Bruce Savage from GFC Diagnostics in the UK presented the prototypes of their tests and explained how they work. It was fascinating to see their prototypes - much of the audience was impressed with the team's progress despite the significant challenges.

Finally, Dr Sam Willcocks, a researcher at the LSHTM gave a super quick walk through novel types of research that go beyond the standard ideas of diagnosing bugs and treating with antibiotics. He spoke about ways to boost the the body’s own bacteria-fighting weapons.

Sam got the most attention and rather laudable “yucks” when he spoke about fecal transplants to reverse C. difficile infections that cause dramatically severe diarrhoea. He showed pictures of rather large syringes filled with faeces that were ready to be transplanted. He said research shows you that efficacy is not impacted by whether or not the faeces come from family or not.

The audience seemed to respond the positively to this medical advance but also hoped that they would never have to avail themselves of this treatment.

People came together from all sorts of different backgrounds, all in agreement that more needs to be done to prevent people from experiencing the negative impacts of antibiotic resistance. We would like to thank those that bore witness for sharing their personal stories and hope they came away feeling more hopeful for the future.

See this blog and the attached photo galleries on The Longitude Prize site.

Daniel leads the Global Health Team, including the Longitude Prize, at Nesta Challenges.

A more inclusive approach to public health innovation and research.

Last year, we began advocating for the creation of an innovation and research centre that would work across government and civic society to generate new ideas. 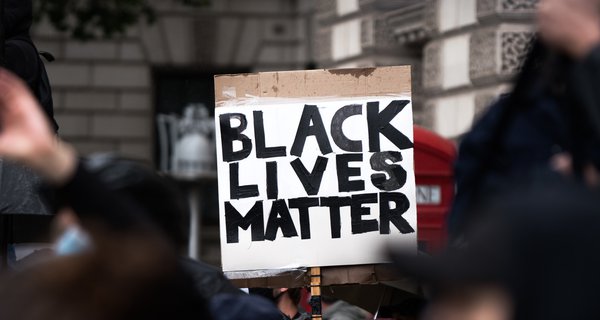 Today marks one month since the brutal killing of George Floyd. In response, Nesta grantee BlackOut UK is launching Breathe846 to mark the day and create a space for healing.