In the face of top-down environmental projects and policies, several bottom-up approaches are empowering citizens to improve their surroundings. We showcase five of them.

We all know that the damage humanity is doing to the Earth is not sustainable, and that climate change - already affecting millions of people - is one of the biggest challenges we face today.

While it’s been encouraging to see some progress by national and sub-national governments and by international agreements and partnerships, and while awareness and action are continuing to grow (albeit with some setbacks), we have not yet developed solutions at scale which equip citizens to become more active in monitoring and improving their environments.

Using the power of technologies like open hardware, online marketplaces and digital fabrication, we can empower people to take more control over our responsibility to preserve the planet for future generations. Here are just a few of the initiatives we have come across.

Making Sense is an EU-funded project which uses the Smart Citizen Kit, an open-source Arduino-based environmental sensing kit, and other citizen sensing kits to empower communities and help them improve their environments. Making Sense is running nine pilots in three European cities to measure things like noise pollution, gamma radiation and air pollution. In Priština, Kosovo, for example, Making Sense is supporting a campaign for better air quality, as pollution has long been ignored by the government. It has already achieved some victories: for example, in June 2017 it campaigned successfully for the Kosovo Environmental Protection Agency to publish data that it should have already published, but had not done so. Another project, in Barcelona, uses open hardware kits to measure noise pollution in the Plaça del Sol. Using these kits, citizens can create their own datasets, which they can take to government officials to persuade them to act on the problem. Alongside the projects, Making Sense is engaged in outreach and education efforts to engage citizens en masse and to equip them with the skills they need to develop and implement their own citizen sensing projects. 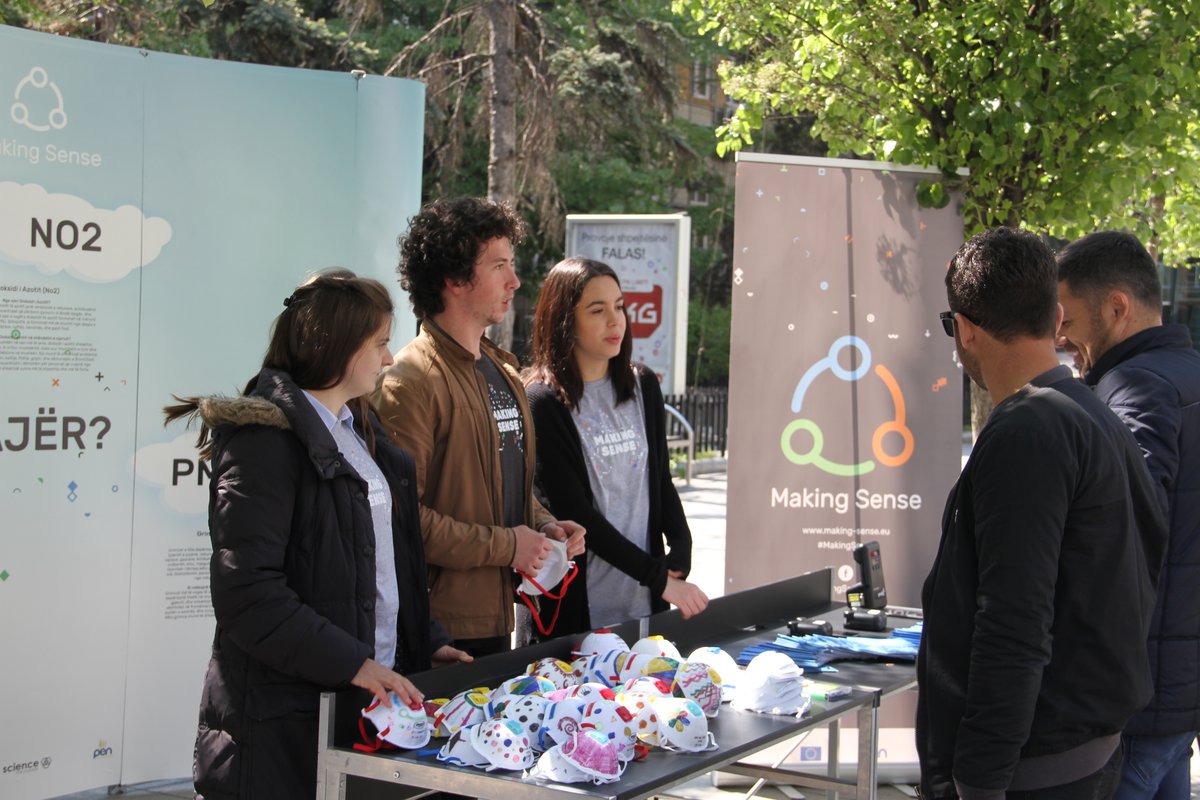 Young people campaign for the government to act on air pollution in Priština, Kosovo. Making Sense and the Smart Citizen Kit is profiled more extensively in the final DSI4EU report, What next for digital social innovation? Realising the potential of people and technology to tackle social challenges (pp.100-101).

OLIO is a free app that connects neighbours with each other to share leftover and unwanted food. It is predicted that up to one third of all food produced goes to waste (in the UK alone, £12.5 billion of food is thrown away by households every year), and OLIO allows communities to improve this situation bit by bit while also meeting new people and improving community cohesion. Since launching in 2015, over 200,000 items of food have been shared by almost 200,000 users in 41 countries.

The Restart Project: Supporting citizens to repair, not buy (UK)

The Restart Project is a London-based social enterprise that supports people to repair and reuse electronics rather than buying new ones, and therefore to reduce the environmental impact of the things we use in our everyday lives. The Restart Project does this through community events and sessions in workplaces and schools, where people can come with their devices to repair them. Crucially, it is not just a repair shop, but focuses heavily on education and empowerment. The “Restart Parties” take place in locations like community centres, but also in pubs and even in Parliament! The Restart Project also works hard to measure its impact through a dedicated app, the Fixometer, and to make its data open, in order to increase its impact and facilitate systemic and policy change. Since its founding, over 7,000 hours have been volunteered, preventing 4,500kg of electronics going to waste and breathing new life into almost 800 devices. Combined with a programme of speaking events and a weekly podcast, the Restart Project aims to revolutionise the way we think about the electronics we use day-to-day.

Precious Plastic: Putting recycling in the hands of everyone (Netherlands)

Precious Plastic is an open hardware project offering a new way to recycle plastic. Every year, hundreds of billions of plastic bottles are consumed worldwide, and although most bottles are recyclable fewer than half of the bottles bought in 2016 were collected for recycling and just seven per cent of those collected were turned into new bottles. With a Precious Plastic machine, anyone can turn their plastic bottles into anything - the only limit is their imagination. Founded as part of a Master’s project by Dutch designer Dave Hakkens, the Precious Plastic machines are open-source and modular, so that anyone can build their own (the total cost is around €1,000) and edit or build upon it to suit their needs. Precious Plastic is run by a community of volunteers who produce tutorials and blueprints, and it has built up an online community of 10,000 people who share their challenges, experiences and stories. Currently, there are machines all over the world, including for example Sri Lanka, the West Bank and the Maldives. In developing countries, Precious Plastic machines offer an opportunity not just to tackle plastic waste but also to provide new income streams to micro-entrepreneurs.

A variety of products made from recycled plastic using Precious Plastic machinery. Precious Plastic is profiled more extensively in the final DSI4EU report, What next for digital social innovation? Realising the potential of people and technology to tackle social challenges (p.38).

Aquapioneers is a Barcelona-based organisation which reconnects city-dwellers with nature and food through aquaponics kits. Aquaponics combines aquaculture (raising fish, molluscs and other marine animals) with hydroponics (growing plants in water) in a symbiotic relationship: the waste produced by the animals is broken down by bacteria into nutrients for plants, at the same time cleaning water for the animals to continue growing safely. Aquapioneers has developed kits for the home, for the workplace and for schools, all of which are open-source and which can be made locally in fablabs and makerspaces.