Carl Melin, is Head of Research for Futurion, based in Stockholm, Sweden

Per Lagerström is the communications manager for Futurion, based in Stockholm, Sweden

Genna is the Programme Manager for the Data Analytics Practice at Nesta. 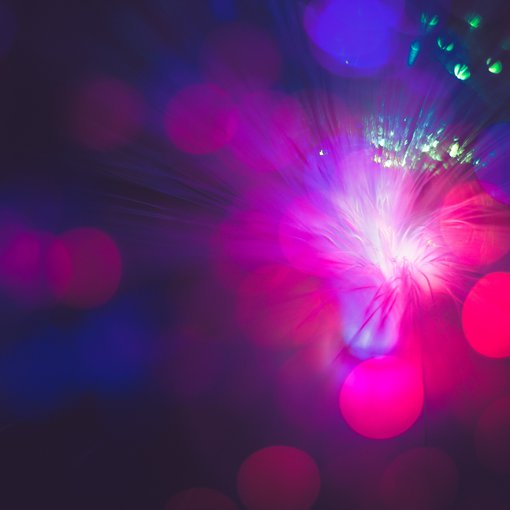 Futurion is a think tank based in Sweden. It was founded in 2016 by the Swedish Confederation of Professional Employees (TCO) and its 14 affiliated trade unions. Their mission is to research and generate insights about the future of work in order to support trade unions.

Futurion is a key partner in Nesta’s Digital Frontrunners and FutureFit programmes. In this guest blog, Carl Melin and Per Lagerström provide an insight to the impacts that AI and digitalisation are having on the labour market in Sweden. They explore the perception of Swedish workers towards these changes, and include the latest figures from research conducted in partnership with the Society Opinion Media (SOM) Institute.

It is now six years since Carl Benedikt Frey and Michael Osborne wrote their report stating that 47 per cent of US jobs could be lost as a result of automation.

Their report intensified the discussion around the need for on-the job-training and better possibilities for people to change careers during their work life. it is becoming increasingly clear that the concept of a ‘career for life’ is outdated; we must embrace a culture of lifelong learning, and our education and labour policies need to reflect this.

The impact of robots and artificial intelligence is already transforming the world of work. This will only continue; the Financial Times suggests that we must rethink the education system in order to ‘robot-proof our children’s careers’.

But the debate is older than Frey and Osborne’s report. Politicians, employers and unions have been concerned with this issue for decades. In Sweden, for example, a national system for individual “competence accounts” was financed and nearly implemented in the early 2000's. However, the reform never became a reality, as employers and unions couldn’t agree on the details.

Futurion has published a number of reports exploring the impact of automation on jobs, and the skills that are needed for workers to be ‘future fit’. Futurion has also entered a partnership with Nesta, with the aim to share insights with key stakeholders and future of work experts in different ways, specifically on the issue of digitalisation and digital skills.

Unfortunately, the debate among politicians is still mostly about the if, and less about the how. This blog is not intended to suggest a fixed solution, but to highlight the factors that need to be considered, using studies from the Society Opinion Media (SOM) Institute at the University of Gothenburg and the Swedish polling firm, Novus.

At the end of 2017, Futurion and the SOM-institute conducted a poll asking Swedish citizens whether they agreed with the following statement: ”A lot of people will need to enhance their job skills if they will be able to compete in the future job market”.

Four out of five (79 per cent) agreed; only five percent disagreed. Agreement with the statement was stronger in smaller towns than in urban areas, among young people and those with lower education and incomes. Ultimately, awareness about the need for more training was notably stronger among those with a weaker position in the job market.

Futurion and the SOM institute conducted a follow up survey in late 2018, exploring how workers perceived their individual need to access the necessary training to re-skill and change careers.

One out of four (23 per cent) agreed with this statement: ”I will probably need to get a new education to be able to compete in the job market in the future”. The support for this statement was again higher among people under the age of 50, the working class and those with lower incomes.

These results are also supported by other studies. For example, a study carried out by the government agency Statistics Sweden on behalf of The Swedish Confederation of Professional Employees (TCO) shows that 40 percent of the workforce are worried about not getting access to the training they need to compete in the future job market.

Who will take the lead?

In late 2018, the SOM conducted another survey asking if employers should be obligated to provide their employees with some form of training or other education. More than three out of five Swedes (61 per cent) agreed with this; less than one out of five (19 per cent) disagreed. Those who expressed the strongest support for this statement were women,the working class and people to the political left.

The question was not if employers should do this, but if there should be an obligation. A common problem with training that takes place in workplaces is that the content often focuses on very specific things relating to that position, such as new machinery or computer programmes, and less on future proofing employee’s skills in general.

In-workplace training often focuses on supporting workers to keep their current position, as opposed to enhancing their career. Furthermore, this training is often targeted at people who already have a relatively strong position in the labour market. A study conducted by the Swedish Union of commercial employees has shown that only half of the workforce has received any kind of training from their employer.

On-the-job training has been a priority issue for Swedish unions for a long time. However, a Novus poll commissioned by Futurion showed that employees have very little faith in unions when it comes to securing the training that they need. Only one in three Swedes (34 per cent) think that unions are important for securing the training they need, and a majority (58 per cent) think otherwise. Notably though, the poll also highlighted that a healthy majority of Swedes believe that unions have a positive effect on their income, job security, democracy and the welfare system.

The most successful tool for ”re-skilling” in Sweden is the job security councils, which are financed by employers as a result of collective bargaining. Employers are able to offer workers redundancy in a more flexible way, by financing them to receive different kinds of training and counselling to obtain a new career. The results from these job security councils are positive; most of the workers who take part in these programmes improve their career prospects.

However, there is a paradox that the Swedish system has been better at providing ”re-skilling” for the unemployed than ”up-skilling” for at-risk workers. One of the councils, the Trygghetsradet (TRR), boasts that two-thirds have landed in positions with an increased salary than their previous jobs.

The research cited here shows that most Swedes are aware of the need for on the job training, with one in four recognising that they need education to start a new career. A majority of Swedes also think that employers should be mandated to provide training to all their employees, but doubt that this is something that trade unions can secure for them.

Ultimately, there is no simple fix. However, here are some starting points for further discussion:

Carl Melin, is Head of Research for Futurion, based in Stockholm, Sweden

Per Lagerström is the communications manager for Futurion, based in Stockholm, Sweden

Genna is the Programme Manager for the Data Analytics Practice at Nesta.