There are stark racial disparities in innovation and exploring the causes should be the first step in beginning to address this widespread problem. 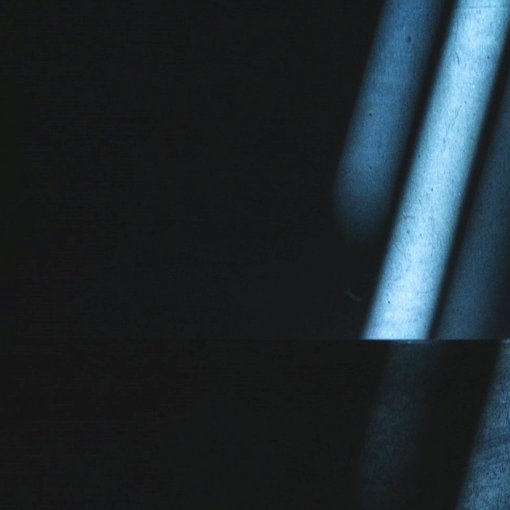 Internationally renowned scientist and multi-patent holder inventor Dr. Percy Julian suffered two attacks on his home in Chicago’s affluent Oak Park neighbourhood. His house was first firebombed during Thanksgiving Day 1950 and then hit with dynamite the following summer. The attacks were racially motivated: Dr. Julian and his family were the first African-American residents of Oak Park.

The connection between innovation activity and anti-Black violence received little attention – until six decades after the Oak Park attacks, Economics Professor Dr. Lisa Cook (a relative of Julian’s) started researching the question. Her findings and the wider story of the paper she eventually published highlight the need to discuss how racial injustice obstructs participation in innovation. The statistics are disheartening. In the US, African Americans participate at each stage of the innovation process – from education to patent activity to startups – at lower rates than their white counterparts, while in the UK, BAME men are 28 per cent less likely to work in STEM than white men, with the latter demographic still dominating academic science. Acknowledging this stark disparity and exploring its causes should be the first step in beginning to address this widespread problem, not limited to the US or UK.

The barriers to equal participation in innovation

The existing gaps are rooted in historic injustice. Dr. Cook's research found that patenting activity among Black inventors declined in response to lynchings, race riots and segregation laws in the US between 1870 and 1940. ‘Violent acts account for more than 1,100 missing patents compared to 726 actual patents among African-American inventors over this period.’ The harm caused has not been undone since: shockingly, 1899 was the peak year for African-American patents per capita.

Several other system-level factors hinder equal participation in innovation today. As the famous study on ‘Lost Einsteins’ documents, the lack of exposure to inventor role models in childhood creates a gap in participation by race, gender and parents’ socioeconomic class. The gap widens in education due to racial bias. An audit study has found that high school counsellors in the US are less likely to recommend Black female students for advanced Calculus classes. The hashtag #BlackInTheIvory has been used extensively to document the hostile environment and racism that Black academics, from graduate students to professors, have to battle. This discrimination extends to the work produced by minority scientists. Researchers documented a diversity-innovation paradox in science, whereby under-represented groups are more likely to generate scientific innovations, but their contributions are devalued and discounted by members of the majority groups.

Funding remains a key barrier to participation in innovation. There is evidence of racial disparities in access to science funding. In the US, Black applicants are less likely than white applicants to be awarded funding from the National Institutes of Health (NIH) – even after taking into account potential differences in applicants’ track record. A recent study showed that NIH reviewers assign lower scores to the topics that Black/African-American researchers propose to study: ‘Black applicants are more likely to propose approaches, such as community interventions, and topics, such as health disparities, adolescent health, and fertility, that receive less competitive scores from reviewers.’ In the UK, The Inclusion Group for Equity in Research in STEMM (TIGERSTEMM) warn of a ‘shocking disparity’ in the success rates of female, disabled and ethnic minority applicants for UK Research and Innovation (UKRI) research funding compared to their white, male, non-disabled counterparts. A study by the Innovation Caucus found that initiatives targeting either disabled or minority ethnic innovators or entrepreneurs are ‘piecemeal and disproportionately focused on London’.

Private sector funding also remains difficult to access for members of ethnic minority groups. According to a recent report, between January 2013 and December 2017 only one in a hundred US venture-backed founders were Black. This may be unsurprising considering who makes the investment decisions: a 2018 survey found that just 4 per cent of the employees of the surveyed venture capital firms were Black. Disappointingly, crowdfunding does not provide a bias-free alternative for Black founders: in a series of experiments on a crowdfunding platform, researchers documented that African-American male founders faced discrimination and needed to provide additional credentials in order to be evaluated as favourably as their white counterparts.

The consequences of systematically discouraging or excluding ethnic minority groups from innovation are dire. This practice reinforces existing wealth inequalities as the benefits from the innovation economy continue to flow to the already more affluent group of white men. It gives rise to inventions that do not serve the needs – or worse, cause harm to – members of marginalised communities. It also makes us all poorer: Prof. Cook’s research shows that failing to engage Black talent in the innovation process results in fewer inventions and lower economic growth.

As a first step to addressing the issue, we need to give it the attention it deserves but currently lacks: public conversations around diversity and inclusion in innovation tend to concentrate solely on gender. A review commissioned by UKRI on ‘Equality, diversity and inclusion in research and innovation’ revealed that a large proportion of the sources focused on ‘gender (or sex) equality, with most aimed at women, or EDI in general,’ without addressing the question of racial and ethnic inequality.

To bring about meaningful change, we need to get better at measuring the gaps in participation. Before she could study how African-American patenting activity was affected by segregation and violence, Dr. Cook had to address the fact that US patent records do not include information on the inventor’s race. To fill the gap, Dr. Cook inferred patent holders’ race from their names, creating in the process The African-American and Women Inventors and Patents Data Set. Missing data on race and ethnicity is not a US-specific problem. In his work on minority ethnic inventors, diversity and innovation in the UK, LSE economist Max Nathan also relied on a classification system based on names ‘as self-ascribed ethnicity information is not available from raw patents data’.

As the Women’s Institute for Science, Equity and Race points out, official statistics are often of little help as they are typically reported on the aggregate level, not split by demographic groups – and we are very far from standards of data collection and reporting that would allow a truly intersectional approach to analysis. The British Business Bank's decision to publish diversity data on successful Future Fund applicants is a welcome step in the right direction, though their focus on the composition of the management teams may paint a rosier picture than if they analysed founders. A newly published report by the Centre for Research in Ethnic Minority Entrepreneurship (CREME) further highlights the importance of ‘access to accurate, rich data about ethnic minority-led businesses,’ including data that is reported separately by various minority ethnic subgroups.

Recent Black Lives Matter protests across the US and the UK have highlighted that anti-Black violence, racism and discrimination are far from being a thing of the past.

It has been nearly seventy years since Dr. Percy Julian’s Oak Park home was attacked. But recent Black Lives Matter protests across the US and the UK have highlighted that anti-Black violence, racism and discrimination are far from being a thing of the past. In this context, it is clear that to truly diversify the field of innovation requires system-level solutions. Tweaking the language of funding calls or creating small, earmarked initiatives supporting minority applicants while keeping the rest of the system unchanged will not be enough. We need to document and address the inequalities that occur at all stages of the innovation process; remedy the current unequal access to education, networks, platforms and funding; and – crucially – create environments that cultivate, recognise and celebrate innovation by all.