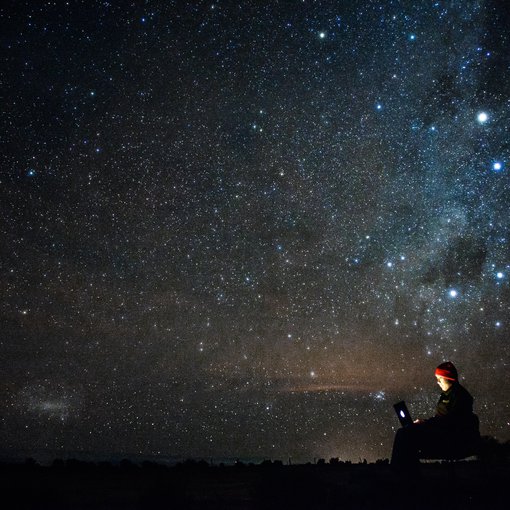 I am greatly honoured, excited and proud to be recognised as one of the top 100 most influential Black, Asian and Minority Ethnic (BAME) leaders in Tech.

It is a privilege to follow in the footsteps of last year's innovators and leaders, such as Eileen Burbidge, Partner at Passion Capital and FinTech envoy at UK Treasury, June Angelides, Founder of Mums in Technology, and VC at Samos Investments and Tom Ilube, Founder and Chief Executive at Crossword Cybersecurity. Like Eileen, I also studied computer science at university and then went on to work in tech and investment. Like June, I am a mother of two daughters and want more women to work in tech. Like Tom, I am passionate about empowering girls and those from disadvantaged backgrounds to study and work in tech.

The Financial Times are at the forefront of presenting BAME executives who are driving progress in the sector and this is the second year the Financial Times have published a Top 100 list of BAME leaders in technology. This list showcases role models to encourage and inspire tech's future BAME senior leaders.

The tech sector is expanding at a rapid pace, faster than the rest of the UK economy. However, diversity and under-representation remain a key challenge within the industry. The tech sector is highly international, with a reported 8% of directors of non-British nationality, compared to 13% in all other sectors. Inclusive Boards research found that 74.5% of boards in the tech sector had no BAME members and that BAME people made up just 8.5% of senior leaders (Directors and Executives) in the sector.

Why is the tech sector significantly lagging behind others on diversity within senior leadership? I have previously written about the gender imbalance in AI and the risk of AI becoming too male. Technology is increasingly playing an important role in driving our economy and there is a great need to ensure that everyone can fully participate in the jobs and opportunities technology brings.

The House of Commons Science and Technology Committees Digital Skills Crisis Report suggested the digital skills gap is costing the UK economy an estimated £63 billion a year in lost potential for additional GDP. We need to be reminded that there are plenty of opportunities for success for everybody within the industry.

According to Office of Students report, there are significant equality gaps between different ethnic groups in terms of access, success and progression in higher education. The extent of these gaps vary depending on ethnic group and stage of the student lifecycle. Once other factors such as prior attainment, gender and age are accounted for, there remains an unexplained difference between White and Black students of 17%, and of 10% between White and Asian students.

As jobs are increasingly becoming dependent on technology, a high quality computing education should give pupils the opportunity to gain the skills and knowledge they need to be successful in the technology-rich future. It is encouraging to see computer science feature more prominently on school curriculums, but the tech community needs to go further, with apprenticeships, mentors and better messaging, to attract diverse talent. Ultimately, widening the pool of young people choosing to study computing will require a range of approaches.

A Royal Society report shows that computer science GCSE is increasingly regarded by teachers and pupils as a ‘difficult option’, one that is really only suitable for the most able pupils and, in particular, pupils who are high achievers in mathematics. If teachers, pupils or parents identify computing as a specialist subject, this will affect the future job prospects of pupils and narrow opportunities for particular groups of young people. Computer Science needs to reflect the diversity that is prevalent in society and become a valuable subject for female pupils and disadvantaged groups including pupils from low socioeconomic backgrounds and ethnic minorities.

In the wake of high profile stories of discrimination in the tech industry, the issue of diversity and inclusion has seen an increased focus. So this is a great opportunity to highlight the amazing work being done by senior BAME leaders and create a network of change-makers.

We need to amplify success stories of BAME leaders using technology as a force for good and ensure they are reaching girls and those from underrepresented backgrounds of all ages to show them what they can achieve. Here’s what Nesta is currently doing to address the challenge:

If you are interested in collaborating with Nesta on making education broader, fairer and smarter and the tech sector more diverse then do get in touch. You can reach me at [email protected].