This is an edited version of a newsletter that I've been sending out weekly to friends for the past month.

Spotlight - in praise of inefficiency

I’ve been toying with the idea of writing something called ‘In praise of inefficiency’ for about a year now. The central thesis is that what we call efficiency - being quicker cheaper, less wasteful, more productive etc is, perhaps paradoxically, harmed by efficiency drives. I believe this issue is becoming more urgent in the age of automation, where we need careful understanding of what a job delivers before we decide which tasks to automate and then which workers to displace. For example, what if a chatbot could diagnose illnesses better than a GP, should we abolish GPs? To ask the question another way, is the sole function of a GP diagnosing illness? A study in 2017 found strong links between how lonely someone feels and how much they visit the GP. Are GPs just illness diagnosing algorithms, or do they perhaps play a wider role in society that an algorithm can't replace?

A few recent pieces reminded me of this idea about inefficiency:

Do CEOs need to sleep? Arianna Huffington and Elon Musk went toe to toe over this question recently. Musk’s behaviour is erratic to say the least: ‘he can often be found on the factory floor, working to fix robots. At night, he sometimes sleeps under his desk.’ But his always on mentality feels like the symptom of a wider malaise.

Drunk on overtime? What’s so wrong with working all the time? The BBC argues that Musk, who regularly works till 2am, might be drunk on overtime. It highlights an academic study which shows that ‘moderate sleep deprivation produces impairments in cognitive and motor performance equivalent to legally prescribed levels of alcohol intoxication’, or, to put it another way: Musk’s 17 hour days have the same effect on his concentration as drinking two cans of larger.

Should your commute be counted as work? Overwork has always been a problem but today smartphones and the increasing availability of Wi-Fi are making it worse, say researchers from the Royal Geographical Society, who argue that we now spend so much of our commute answering emails that it should be counted as part of our working hours.

What do you code ‘gossip’ as in timesheets? Efficiency is also about what employers understand as productive work. In his book, Blood, Sweat and Tears (2001), the FT’s former Industrial correspondent Richard Donkin argues that companies regularly underestimate the informal services that employees provide, highlighting the internal communications value of ‘the office gossip.’

In our rush to automate everything, we need to think carefully about the actual value that jobs provide to companies and society, or we risk the danger of becoming extremely efficient at doing precisely the wrong thing. Could worker involvement in decision making about how technology is adopted be one way to address this? I had a very interesting meeting recently with HK Lab, an innovation lab which is part of Denmark's largest trade union. They told me that they have been experimenting with involving workers in redesigning jobs when a new piece of technology is brought in - in their case in the health service - with good results. This seems to make sense: workers should have a pretty good idea about what value businesses and society get from their role, and which tasks and potentially jobs might be automated without losing these wider benefits.

Googling ‘future of work’ brings up reports and articles from the last few weeks and months, compounding the impression that worries about this are new. But thinking about the future of work has a much longer history than we might expect.

Writing for the New York Times in 1957, David Morse of the ILO came up with a very clear set of questions about automation, which have lost none of their relevance and urgency in the past sixty years:

I accessed the full article through a bit of archive research, which requires an academic log in. Wouldn’t it be great if more people had access to these resources? At least we would know then that worries about the future of work have been with us for a long time

Reasons to be cheerful

MIT’s (free) online course on the future of work looks amazing. Through it, you’ll learn:

On the 26th of September we're running an event, People powered futures, where you can learn about how can games, storytelling and theatre be used to engage people in thinking about alternate futures. How does the education system need to change so that children gain a broader range of useful life skills? This blog from Nesta colleagues, Skills for life - preparing young people for more than exams, is a useful read on this subject.

Thank you for taking the time to read this. Comments, questions and suggestions are all welcome.

Part of
Common Futures: the future of work, as imagined by working people 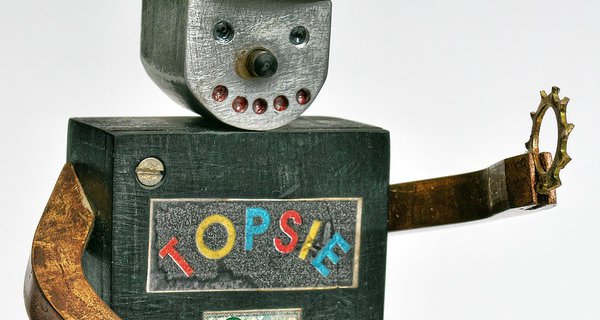 A series of essays about the future of work, by people working on the front-line of technological change, in a range of low paid jobs.
Project
19 June 2018